What Texas’s blackouts tell us about Australia’s energy market 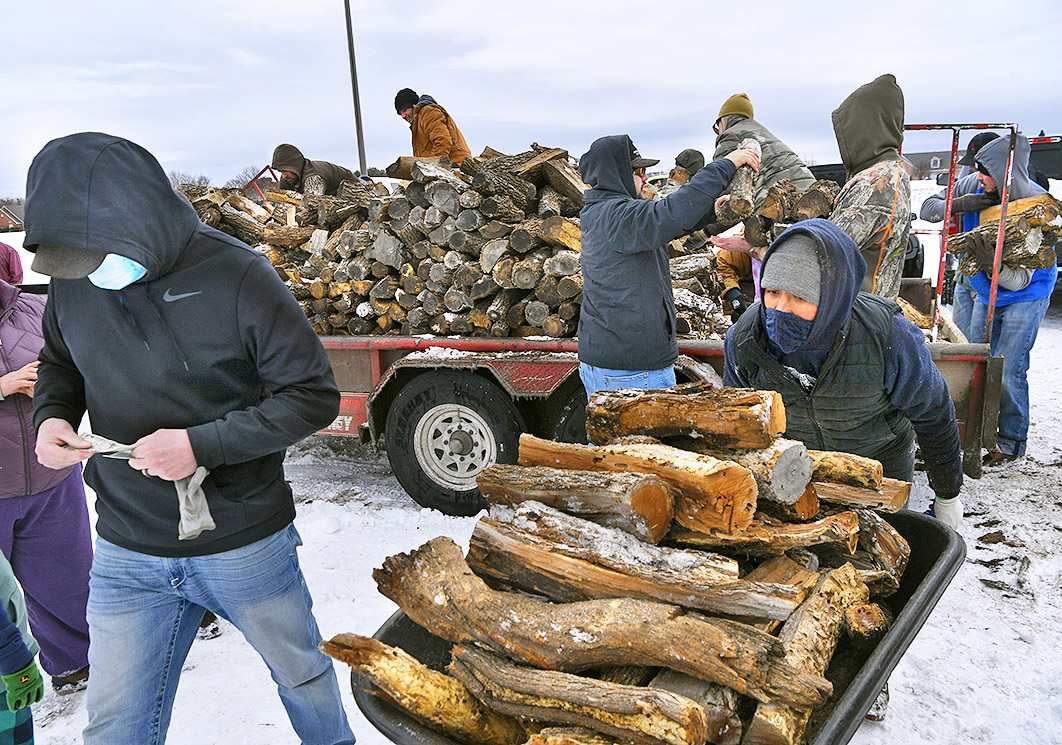 Over the past week large areas of the United States have been brought to a standstill by extreme cold weather associated with a phenomenon called the polar vortex. This weather pattern is familiar to residents of upper-midwestern states like Minnesota and Nebraska, where it produces episodes of extremely cold weather. What marks out the recent event is that the cold was more extensive than usual, covering nearly all of the area between the Appalachians and the Rockies and going as far south as Texas, where many places experienced record low temperatures.

In Texas, the results were disastrous. The electricity generation system failed, leaving millions of people without power for days on end. Dozens of people froze to death or died from carbon monoxide poisoning when they used car heaters to keep warm. In many places the water supply system failed to restart even after power was restored.

Immediately after the blackouts came an outbreak of culture war blame-shifting familiar from extreme weather events in Australia. Republican politicians amplified by Fox News claimed that the power failures were a result of a rapidly increasing reliance on wind power. Wind turbines, ill-prepared for extreme cold, simply froze.

But it soon became clear that coal-fired and nuclear plants had failed too. And gas-fired power stations were responsible for the biggest falls in output, not because they are uniquely vulnerable but simply because they are the main source of electricity in Texas.

The real question is why Texas lost power when neighbouring states, also experiencing the freeze, did not. The answer involves regulatory failures, some of which have important implications for Australia.

The first part of the problem is that most of Texas is not connected to the rest of the US power grid. This is deliberate: the Texas Interconnection has been kept separate to ensure that it remains under Texas rather than federal control. That means the state can’t draw on electricity from the major “power pools,” notably the Southwest Power Pool. By contrast, the city of El Paso, which is connected to the SPP, maintained its power supply throughout the extreme weather.

Australia’s system bears an uncanny resemblance to Texas’s. The National Electricity Market, which works in much the same way as ERCOT, was established on the pretext that it was needed to manage the National Grid, which has connected systems in Eastern Australia since the 1990s. In the market reform era, the alternative of integrating the separate state-owned systems into a single national system was never seriously considered.

After this month’s crisis, it seems unlikely that ERCOT can avoid interconnecting with the SPP. But the United States really needs a single national grid. To move away from carbon-based fuels, the entire economy will need to be electrified, which will increase the need for a reliable supply. And the benefits of interconnection will only grow as time-varying sources like solar and wind become more important. With a national grid, mid-afternoon sun in California could send power to meet early-evening peak demand in the eastern states.

A truly national grid would require connecting the eastern and western United States with transmission lines, probably using high-voltage direct current transmission. In technological terms, this is a big but manageable project. The real challenge is dealing with the political and regulatory obstacles. It will be interesting to see whether the Biden administration attempts to tackle this task and, if so, whether it succeeds.

The other failure in Texas had to do with the operation of the electricity market run by ERCOT, which was the reason the grid was kept separate. As in Australia, it’s an electricity pool market in which generators bid to supply power to the grid each day. The power failure highlighted two problems that turn out to be interconnected.

First, when lots of power plants went offline, the market price of power soared to US$9000/MWh, producing ruinous bills for customers who had chosen supply deals based on the wholesale price rather than a fixed rate. Second, the system made it unprofitable for generators to invest in “winterising” their plants to protect them against rare extreme events like the polar vortex.

The connection between the two is that in an “electricity only” market, ultra-high prices are supposed to encourage firms to invest in generation capacity or backup systems that will be used only very rarely, when the rest of the network fails. In an extreme shortage, though, prices could theoretically go far higher than the US$9000/MWh observed in Texas. That’s why, as in Australia, the designers of the system imposed a limit on the price the market can reach.

The result is a system that falls between two stools. The maximum price is high enough to create both risk and opportunities for market manipulation, but not high enough to provide incentives to invest in reliable supply.

In response to this mess, some electricity regulators have reintroduced an element of central planning by making “capacity payments” to generators willing to guarantee supply. Australia has responded with a hodgepodge of interventions run through the Energy Security Board at the national level, along with state measures such as South Australia’s “big battery.”

We need to take this further by creating what might be called a “capacity only” market. Rather than bidding to supply power in the short term, generators should tender to supply power to the market for a period of several years, specifying both their generating capacity and the reliability with which they can supply power. The market operator would then use an “order of merit” to decide which generators should operate at any given time, just as was done in the pre-privatisation days of an integrated electricity supply industry. Such a system would maintain competition in generation and retail, but would otherwise be centrally planned. •

John Quiggin is a Professor of Economics at the University of Queensland and a regular contributor to Inside Story. His latest book, Economics in Two Lessons: Why Markets Work So Well, and Why They Can Fail So Badly, was published in 2019 by Princeton University Press.