What the WikiLeaks cables reveal about Australia’s leaders

Democracy not only depends on trust, it thrives on it, writes former intelligence analyst Paul Barratt. But the WikiLeaks cables show that Australian political leaders are reluctant to level with the public 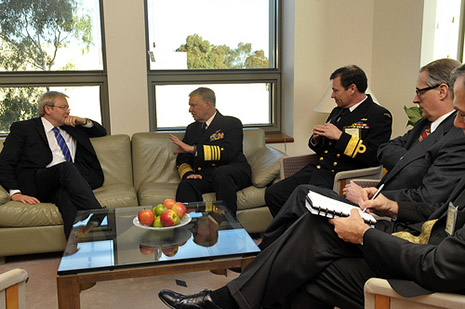 THE LEAKING of 250,000 US State Department cables to WIkiLeaks has generated an enormous amount of excitement about the fact of the leaks (how is this possible?), the content of the cables (did he/she/they really say that?), and the motives of people like Julian Assange. Added to the mix is some overheated commentary from the left (Assange is a champion of free speech) and from US conservatives (Assange is determined to destroy the United States and should be treated as an unlawful enemy combatant).

The excitement will eventually die down, but with only a tiny fragment of the leaked material having seen the light of day so far this might take quite a while.

While the content of many of the individual cables is interesting, the behaviour that the release has provoked among political leaders, and the behavior revealed in the 200 or so cables we have seen so far, are more important to any assessment of the overall impact of the leaks.

Three behaviour patterns are of principal concern. First, incidents such as this bring out the authoritarian instincts of our political leaders and lead them to indulge in such gross hyperbole that they misrepresent situations and dilemmas to the Australian public.

The prime minister rushed to judgement, declaring Assange’s behaviour to be both “grossly irresponsible” and “illegal,” sentiments echoed by Attorney-General Robert McClelland. They then established a taskforce to identify what if any laws Assange might have broken. Embarrassingly for the government, it took the Australian Federal Police only days to conclude that Assange had broken no Australian laws.

Attorney-General McClelland also claimed that the publication of the cables would put lives at risk, an echo of US commentary. If lives are indeed put at risk by the release, the primary responsibility would lie with the originator of the cable, because it would be an act of lunacy to name someone who was giving information at risk of life and limb in a cable that was destined to be posted on a diplomatic network to which about three million people have access. I have seen nothing in the cables I have read that would cause the people named anything more than embarrassment.

More disturbingly, the cables reveal that behind closed doors our political leaders deal incautiously with representatives of the United States and Israel. They seem to forget that they are dealing with the representatives of a foreign country, in a game that is definitely reserved for grown-ups, the world of navigating our country through the shoals of major international events. They make such forthright and absolute declarations of support that they leave hostages to fortune, giving themselves little room to negotiate on issues arising in the future on the basis of a hard-nosed assessment of where Australia’s national interest lies. Indeed, at times they give the impression they would struggle to see the difference between Australia’s national interests and those of the United States or Israel.

Kim Beazley and Kevin Rudd are at pains to impress on the US ambassador how rock-solid on the ANZUS Alliance they are, Beazley so much so that he assures the ambassador that Labor would support Australia’s military contributions in Afghanistan until hell freezes over, and that, in the event of a war between the United States and China, Australia would have absolutely no alternative but to line up militarily beside the United States.

We know from the cables that in 2008 Kevin Rudd went out of his way to express his strong support for Israel and his appreciation of its security concerns. Israeli Ambassador Yuval Rotem told the Americans that Rudd was “deeply worried” that Iran’s intransigence means that the window for a diplomatic solution is closing and that Israel may feel forced to use “non-diplomatic” means. This reads to me like a signal from Rudd that Australia would be very understanding if Israel felt “forced” to do something as undiplomatic as carry out a pre-emptive military strike against Iran. There has been a price to pay for Rudd’s strongly pro-Israeli stance – retaliatory steps by the Iranians have made it more difficult for the Australian embassy in Tehran to do its job effectively, which doesn’t seem to me to serve anyone’s interests.

Julia Gillard too went out of her way to establish a relationship with the Israeli ambassador and asked him to arrange an early opportunity for her to visit. When the Israelis invaded Gaza, they were pleasantly surprised to find that Acting Prime Minister Gillard was much more supportive than they had expected, and just plain surprised to find that Foreign Minister Stephen Smith was on holiday and did not want to get involved.

The “Israel right or wrong” attitude of both Rudd and Gillard is quite over the top, at variance with our traditional stance of at least claiming even-handedness, and at variance with our national interests. I would define these to include the establishment of a lasting peace in the Middle East, which necessarily includes a decent outcome for the Palestinian people, and the establishment and maintenance of constructive relations with all countries of the region including Iran. I do not see how we can contribute to those outcomes if we are seen by all, including Israel, as a country Israel can afford to take for granted. Why would we want to tell any country that it can count on our support no matter how it behaves – so much so in Israel’s case that we are seen as a valuable part of its global PR battle?

The effect of these conversations behind closed doors is that the United States and Israel can go about their affairs confident that Australia will never press them on any issue, and on most occasions will refrain from critical comment. Why would any country put itself in this situation, even with its friends?

Most serious of all, it is now clear that our national leaders use the shelter of national security classification to conceal from the public their real assessments and motives, and the advice they are receiving from their intelligence agencies. Such behaviour is unconscionable. There are many valid national security grounds for governments’ withholding information from us, but they are not entitled to deceive us. Nor is it in their interests to do so.

Several examples have come to light. It is reassuring to know that our top-level intelligence agency, the Office of National Assessments, which reports directly to the prime minister, has a sober and balanced view of the threat from al Qaeda and Iran, two subjects on which our government has much to say. In November 2008 the ONA’s director-general, Peter Varghese, told the Americans that al Qaeda “ultimately has failed to achieve the strategic leadership role it sought within the Islamic world.” On Iran, he said that ONA viewed Tehran’s nuclear program within the paradigm of “the laws of deterrence,” and that “It’s a mistake to think of Iran as a ‘Rogue State’.”

These sober assessments are at variance with the explanations the government gives us for our presence in Afghanistan (we have to prevent it from becoming a haven for terrorists), with its alarmist comments about Iran (which simply echo commentary coming out of Israel), and with Kevin Rudd’s comments to the Israeli ambassador. Governments are of course entitled to reject the advice they get from their advisers, but there is nothing sensitive about Mr Varghese’s comments, and on a matter of this importance it would be desirable to disclose to us what the overall assessment of our national assessments agency is and why the government sees things differently.

Perhaps the most serious case of deception relates to the prospects for the war in Afghanistan. The stock line from western governments is that they are optimistic, that things are going well, though perhaps not quite as well as we would like, that we are making progress. What we find from WikiLeaks is that the real assessment – no doubt shared by all our NATO allies – is quite different. In October 2008 Kevin Rudd told visiting US members of congress that the national security establishment in Australia was very pessimistic about the long-term prognosis for Afghanistan, a pessimism which was evident in a December 2009 cable reporting the views of Australia’s special representative for Afghanistan and Pakistan, former Defence Secretary Ric Smith, who referred to the “train wreck” the Australian Federal Police have to deal with in working with the Afghan National Police.

This gap between the public statements and the government’s real views is outrageous. The situation it suggests is that all western governments involved know the outlook in Afghanistan is very bleak, but none is prepared to confess this to its public.

Contrast this with the way Winston Churchill took the British people into his confidence during the days when his country was in dire peril. When he addressed the House of Commons on becoming prime minister in May 1940, Churchill did not gild the lily – he promised the British people nothing but blood, toil, tears and sweat. When Britain faced the prospect of invasion, he held out the thoroughly unattractive prospect of the British people fighting the invading Germans on the beaches, on the landing grounds, in the fields and in the streets, and in the hills.

In his speech at the Mansion House in November 1942, after the mighty victory over the Afrika Korps in the Second Battle of Alamein, Churchill said that the occasion was not the end, it was not even the beginning of the end, but it was perhaps the end of the beginning. In all these dire circumstances Churchill was straight with the British people. He rightly withheld from them a vast array of military and other secrets, but in asking them to shoulder the burden of facing Hitler all but alone, he didn’t leave them in any doubt about how difficult it would be or what price they would be called on to pay.

On Afghanistan our political leaders should be dealing with the Australian people in a similarly forthright way, telling us why we are there, why it is important, and what we need to do to succeed. We are a mature and sensible people. If the government can convince us of what the task is (something that remains a mystery) and why it is important, we will rise to what is needed to succeed, and the government can proceed confident that it has the backing of the majority of Australians. If it cannot convince us of the importance of the task, or even define it coherently, then maybe we shouldn’t be there.

What the WikiLeaks cables are progressively revealing are patterns of behaviour on the part of our political leaders that involve very substantial breaches of trust. This is a matter of the highest importance. Democracy both depends on trust, and thrives on it, as many great examples of democratic societies in difficult circumstances demonstrate. It is to be hoped that, whatever other consequences the leaks might have, they result in a closer alignment between what our political leaders say to other governments in private and what they say and disclose to us. •

Paul Barratt is a former intelligence analyst and a former Secretary of the Department of Defence. 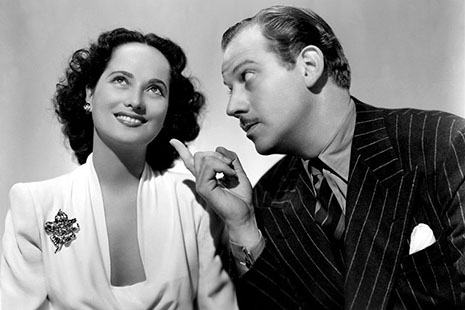