What we should have learnt from the war on terror

The strategy against ISIS must recognise that this fourteen-year conflict hasn’t played out anywhere near as expected, writes Paul Rogers 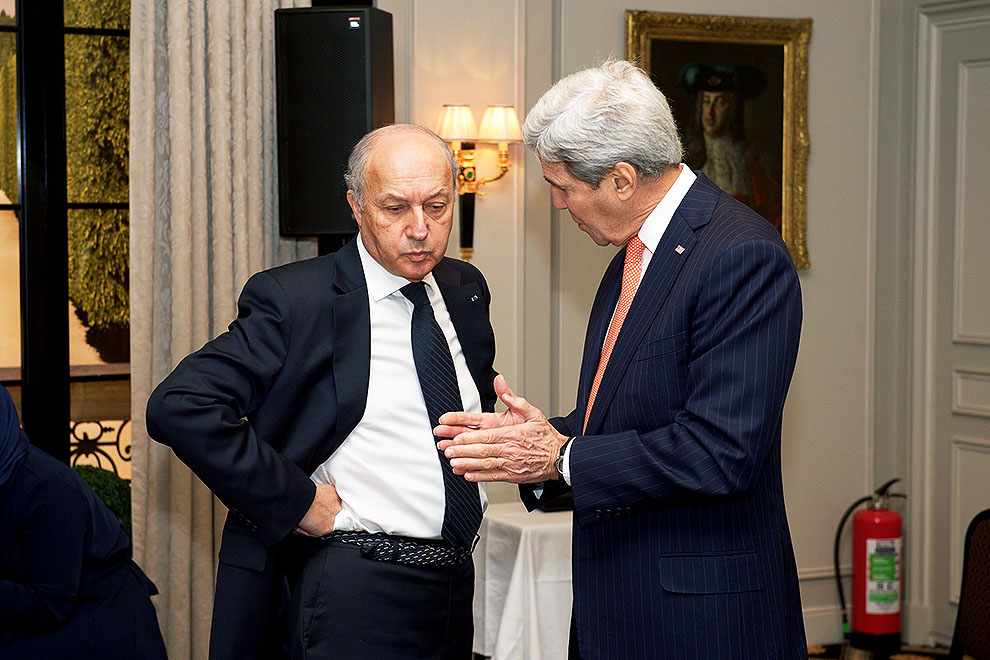 Last Friday, a week after the Paris attacks, the UN Security Council voted in favour of a French resolution calling on all nations to help suppress violent actions by the Islamic State of Iraq and Syria, or ISIS. The resolution doesn’t authorise the use of force, and nor does it invoke the right to self-defence enshrined in Article 7 of the UN Charter. But it provides a strong argument for those supporting a far more intense war against ISIS.

Russia backed the resolution partly because its military actions in Syria have propelled the country to a more central position. If its intervention expresses Vladimir Putin’s aim of restoring his country’s status as a great power, its support for the resolution also reflects awareness of the Islamist challenge in Russia itself. The Chinese signed up out of concern over instability in the Gulf, the source of so much of their oil and gas, but also with their own Uyghur challenge in mind.

The practical outcome will be a concentration of the air war and the wider use of special forces. Russia has substantially expanded its air forces in Syria, France is once again deploying its aircraft carrier to the region, and Britain’s prime minister David Cameron may now get his parliamentary vote to bomb Syria.

But as the war escalates, three ominous elements present a cause for real concern.

The first is that the war against ISIS in Iraq and, especially, Syria is becoming ever more a Western war, with Russia included in what can relentlessly be publicised by ISIS to great effect as a “crusader onslaught” on Islam. All four Middle East states previously involved in airstrikes in Syria – Jordan, Beirut, Saudi Arabia and the United Arab Emirates – have withdrawn. Even if they can be persuaded to mount renewed attacks, these will be little more than symbolic. In any case, the view from ISIS is that these states are the willing lackeys of the crusaders.

The second is the question of whether the heightening of military operations against ISIS, now clearly aimed at its complete physical destruction, can be remotely successful. The experience of the fifteen-month air war is a caution here. As of 13 November, the US-led Operation Inherent Resolve had seen attacks on 16,075 targets including 4517 buildings and 4942 fighting positions. Pentagon figures report that the strikes have killed 20,000 ISIS supporters, up from the 15,000 reported in July. On this basis, the 20,000 to 30,000 ISIS fighters reportedly facing the coalition a year ago should have been torn apart, yet the figure for active members remains unchanged.

Perhaps most notable of all, the estimate of a year ago that 15,000 people had joined ISIS from eighty other countries has now been increased to 30,000 from one hundred countries. In short, the persistent refrain from ISIS of being the defender against the crusaders is proving uncomfortably effective.

Moreover, destroying ISIS in Syria and Iraq will not be possible without ground troops, which is just what ISIS wants. And even if such destruction were possible, what would come next? Would it involve long-term Western occupation of Iraq and Syria, and what effect would that have? Would the war then extend to air and ground operations against ISIS in Libya and Yemen, and many more troops going back to Afghanistan? What about the al Qaeda groups across the Sahel, including those responsible for the attack in the Mali capital, Bamako, on 20 November?

The third element reflects a more long-sighted view. I began writing a weekly column for openDemocracy about security issues immediately after 9/11 and it has now run for over fourteen years, with most of the emphasis on trying to analyse the unfolding “war on terror.” If there has been one underlying concern, expressed as each of the major confrontations has evolved, it has been the persistent and dangerous reliance on the “control paradigm” and its consequences.

The attack on Afghanistan three months after 9/11 dispersed al Qaeda and led to the Taliban melting away. The prospect for the country looked superficially bright, yet fourteen years later the war there is once again intensifying. The rapid military success against the Saddam Hussein regime in Iraq was celebrated by George W. Bush’s “mission accomplished” speech on 1 May 2003, yet US troops stayed another eight years before leaving behind a rapidly evolving ISIS. The intervention in Libya in 2011, which had a semblance of UN approval, saw Gaddafi’s lynching and the regime’s overthrow, yet four years later Libya is a collapsed state. The cascading of arms and ideas down across the Sahel has resulted in yet more conflict, as exemplified by the Bamako attack.

An enhanced war against ISIS may be the inevitable, and indeed fully understandable, response to the appalling events in Paris. Sadly, though, that does not make it any less of a mistake. That is especially so given that other options will do much more to prevent ISIS gaining further strength and may even end up undermining it.

What, then, should we do?” It is not enough to say, for example, that we should not have invaded Iraq in the first place, true though that is. But there are some clear steps that can be taken to start the multi-year process of curbing ISIS.

An early priority is to put far greater emphasis on ending the Syrian civil war, the necessary precursor to constraining ISIS in Syria. There are some small signs of progress here with the two recent meetings in Vienna involving all the proxies to the war including Russia, Iran and Saudi Arabia. But the process must be accelerated and, however difficult, Syrian president Bashar al-Assad and key militia leaders must somehow be engaged. It is the most difficult of all the tasks and will require the best skills of highly competent conflict resolution specialists.

Close behind that in importance will be a huge and immediate effort to aid the three million or more refugees from Syria and Iraq, principally in Jordan, Lebanon and Turkey, many of them facing an appalling winter while the UN High Commissioner for Refugees and other agencies struggle to provide support. The core motive must be humanitarian – but if help is not provided, these camps will provide a remarkable recruiting ground for ISIS.

A third task is to work as hard as possible to encourage the Abadi government in Baghdad to reach out to the Sunni minority, especially in those many parts of Iraq where persistent neglect of that minority is helping maintain support for ISIS.

Finally, there is the issue of the expansion of ISIS, not least in Libya. The need to support UN attempts to bring stability to that country is urgent yet efforts are seriously lacking at present.

In this context, perhaps the most urgent need for any state seriously interested in preventing the further growth of extreme Islamist movements is to foster a change in the repressive policies of the Sisi government in Egypt. With more than 1000 Muslim Brotherhood supporters killed and well over 10,000 imprisoned – many under sentence of death – this is the main country that is ripe for Islamist expansionism.

None of these measures provides anything like a full answer to the many challenges of ISIS but they collectively point us in a different direction. We have recently entered the fifteenth year of what used to be called the war on terror – and that war is about to be intensified with little thought for the long-term effects or the reasons for past failures. If we do not take a new direction then we should prepare for a thirty-year war. •

Paul Rogers is Professor in the Department of Peace Studies at Bradford University, northern England. This article draws on commentaries published in openDemocracy and the Conversation. 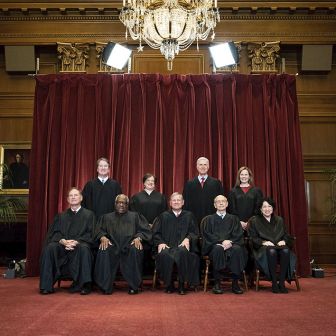 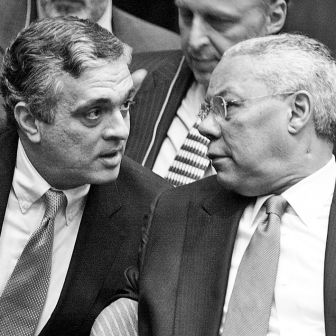 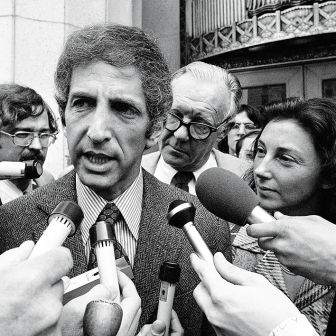 The enigma of Keith Murdoch

Books | A new biography reveals a complex and contentious figure, writes Michael Cannon, who worked for Murdoch in the mid 1940s 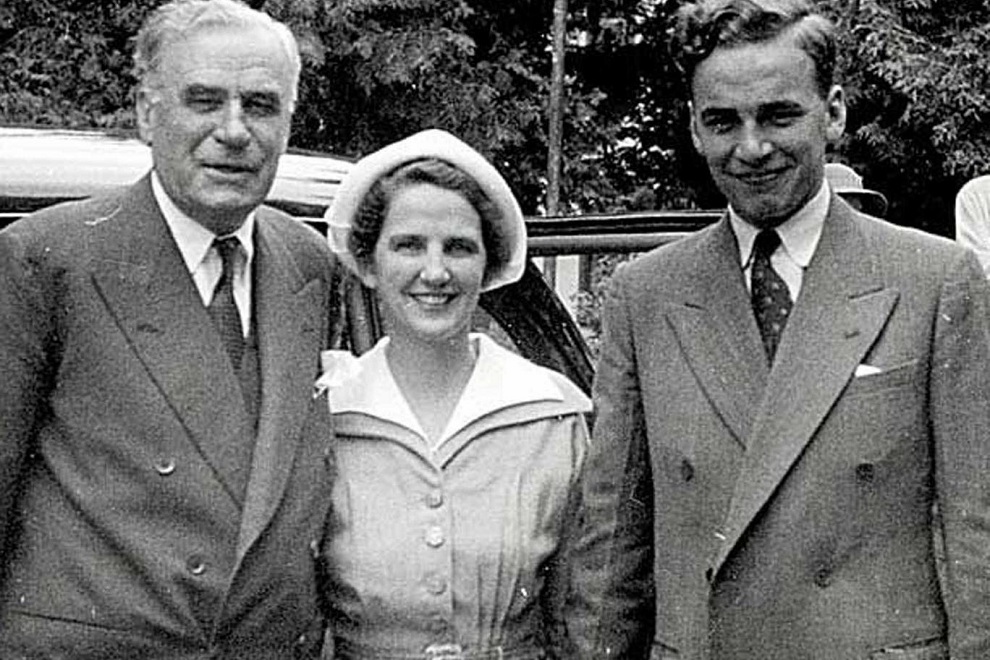