International support is growing for a low but effective tax on financial transactions. John Langmore looks at an idea whose time has come 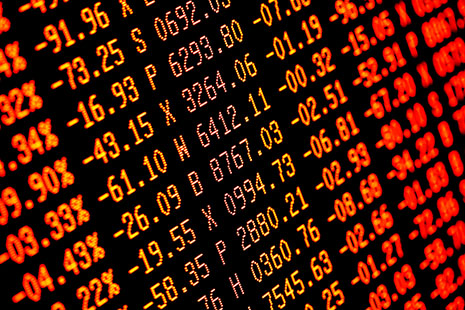 NEARLY forty years ago the eminent macroeconomist James Tobin proposed a tax on foreign exchange transactions as a means of “throwing some sand in the well-greased wheels” of financial speculation. The idea attracted little attention at the time, and it wasn’t until twenty years later that I first learnt the detail of Tobin’s proposal. In the meantime he had been awarded the 1981 Nobel Prize for economics.

By the early 1990s I was deeply concerned by the power of international financial markets to dominate national economic policy. When the Parliamentary Research Service listed an article Tobin had published in the Financial Times in December 1992, I wrote to him and he sent me his original proposal. I was persuaded by his argument and started advocating that the idea be studied more closely. At the next Labor Party national conference the party platform was amended to include support for a study of the Tobin proposal, and with ministerial support I was able to speak about the idea at preparatory meetings for the United Nations Social Summit in New York in 1993 and 1994.

The concept was generating great interest at the United Nations. Tobin had suggested that the revenue could be used to finance development, and the UN Development Program’s Human Development Report for 1994, edited by Inge Kaul, included a short contribution from Tobin explaining his idea and proposing a tax of 0.5 per cent. Dr Kaul organised a conference of leading economists in 1995, where I met Tobin, and the papers were published as The Tobin Tax: Coping with Financial Volatility. The UN secretary-general, Boutros Boutros Ghali, publicly supported the idea.

By then, however, Republican senators in the United States had started misrepresenting Tobin’s proposal as a “UN tax.” This was nonsense, of course: taxes can only be collected by governments. Yet that fact didn’t prevent the Republican-controlled Senate from including in the bill authorising payment of US dues to the United Nations a clause prohibiting payment if Tobin’s idea was even discussed in the UN.

So when the book on the Tobin tax was launched the UN editors couldn’t speak. As one of the contributors I appeared in their place at conferences on the proposal at Yale and in London. In Washington I discussed the tax with Lawrence Summers, who is now Barack Obama’s economic advisor. At the beginning of the nineties Summers and his wife had published an article showing that financial markets are not fully efficient because they overshoot; by the end of the decade, about to become Secretary of the Treasury, he did not feel able to restate that opinion in public.

Since then Tobin’s idea has gained widespread support among non-government development agencies and a strong network of advocates – including the France-based Association for the Taxation of Financial Transactions for the Aid of Citizens, and Britain’s Stamp out Poverty campaign – have used imaginative campaigns to keep it alive. Political support for the idea endured in a number of countries and reached the United Nations again during the Special Session of the UN General Assembly on Social Development in Geneva in June 2000 (for which the division of which I was by then director had responsibility) when Canada officially proposed a study of the plan and its implications. Following opposition from the United States and some other countries a compromise proposal – for a study of “innovative sources of funding for development” – was agreed on, and the UN University’s World Institute for Development Studies was commissioned to do the work. Professor Sir Anthony Atkinson agreed to lead the project and the papers were published as New Sources of Development Finance by Oxford University Press in 2005.

Political momentum was nurtured through the formation in 2006 of the Leading Group on Innovative Finance for Development, of which about fifty-five countries – including Belgium, Chile, South Korea, Finland, France, Germany, India, Italy, Japan, Mexico, Norway, United Kingdom, South Africa and Spain – are now members. In mid 2009 the group appointed an expert group to report on a financial transaction tax.

Meanwhile, quiet work was continuing among scholars. Professor Anthony Clunies-Ross succeeded in raising £60,000 from an anonymous British donor for a study of whether a tax on currency transactions would cause increased exchange rate volatility as a result of the expected fall in volume. The modelling was undertaken by Dr Rodney Schmidt of the Canadian North-South Institute, and the result was encouraging. He found that “a currency transaction tax [CTT] of 0.5 basis points [0.005%] in the major currency markets would reduce transaction volume by 14 per cent. Post-CTT spreads and transaction volumes would be well within the range of recent observations and would not be disruptive. A 0.5-basis-point CTT would raise at least $US33 billion every year, probably more.”

WHICH BRINGS us to the aftermath of the global financial crisis and growing support for a financial transaction tax – an extended version of Tobin’s idea – among European governments and public policy economists in the United States. Before Christmas the European Council joined Gordon Brown in encouraging the International Monetary Fund to include a “global financial transaction levy” among the options it is examining to raise revenue from banks and the rest of the finance industry. This followed the request from the G20 meeting in September that the IMF evaluate “how the financial sector could make a fair and substantial contribution toward paying for any burdens associated with government interventions to repair the banking system.”

To be imposed almost universally, a currency transaction tax would need only the active cooperation of the authorities that oversee the principal reserve currencies, the US dollar, the euro, the pound and the yen. Because the tax’s small direct costs would be concentrated in financial sectors, its impact would be redistributive in a progressive way across nations. It would also be a source of funds for “global provenance,” which means that all or a substantial proportion of the revenue should be allocated under global authority. The national authorities collecting the tax would keep a share, but the revenue would have to be distributed globally in proportion to each country’s financial transactions.

The global financial crisis has transformed this debate. The Bush and Obama administrations and many European governments were compelled to launch massive rescue strategies for financial institutions, so electorates are demanding ways of making financial institutions pay the cost. Chancellor Merkel, President Sarkozy and Prime Minister Brown have all spoken in favour of looking seriously at a financial transaction tax.

In the mid-nineties the Labor government in Australia supported a study of the Tobin tax, but the Rudd government does not seem to have taken the issue up yet – despite the fact that the prime minister attended the G20 meeting in Pittsburgh that agreed to refer the need to raise funds to pay for the bank rescue packages to the IMF. It would be timely for the government to take a serious look at the proposal and participate in international discussions. It would be entirely appropriate for Australia to apply to join the Leading Group on Innovative Finance for Development and to attend its next meeting, in Santiago, at the end of January at least as an observer (four other countries are already observers). Ministers and public servants need to become familiar with the issues and to prepare a position.

The proposal does generate opposition from many bankers, though not all. When I asked Marshall Carter, CEO of Boston’s enormous State Street Bank, in 1995 what he thought of the idea he was unfazed, saying “Oh, we would just pass it on to our customers.” But there is strong support and it is growing. Adair Turner, Britain’s top financial regulator, called last August for a tax on financial transactions as a way to discourage “socially useless activities.”

American Nobel economics laureate Paul Krugman argues that a financial transaction tax “would be a trivial expense for people engaged in foreign trade or long term investment; but it would be a major disincentive for people trying to make a fast buck (or euro, or yen) by outguessing the markets over the course of a few days or weeks.” “What’s not to like?” he asks. Critics claim that it would be avoided, but the centralisation of such transactions makes them relatively easy to monitor – if there is a will to do so. The tax is one way of shrinking bloated financial sectors and of raising revenue from those who have benefited most from the explosive growth in the volume of international financial transactions. • 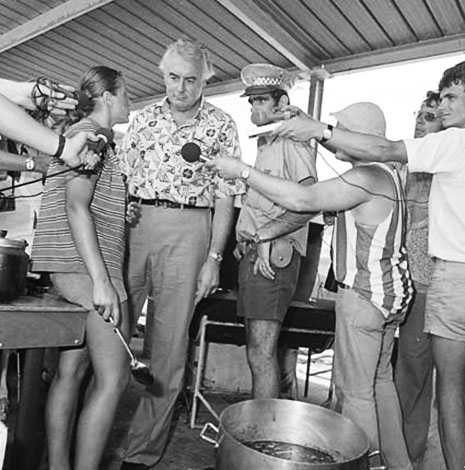