Sovereign countries sharing the same currency, euro-style, have been a recipe for disaster. So why has the idea endured? 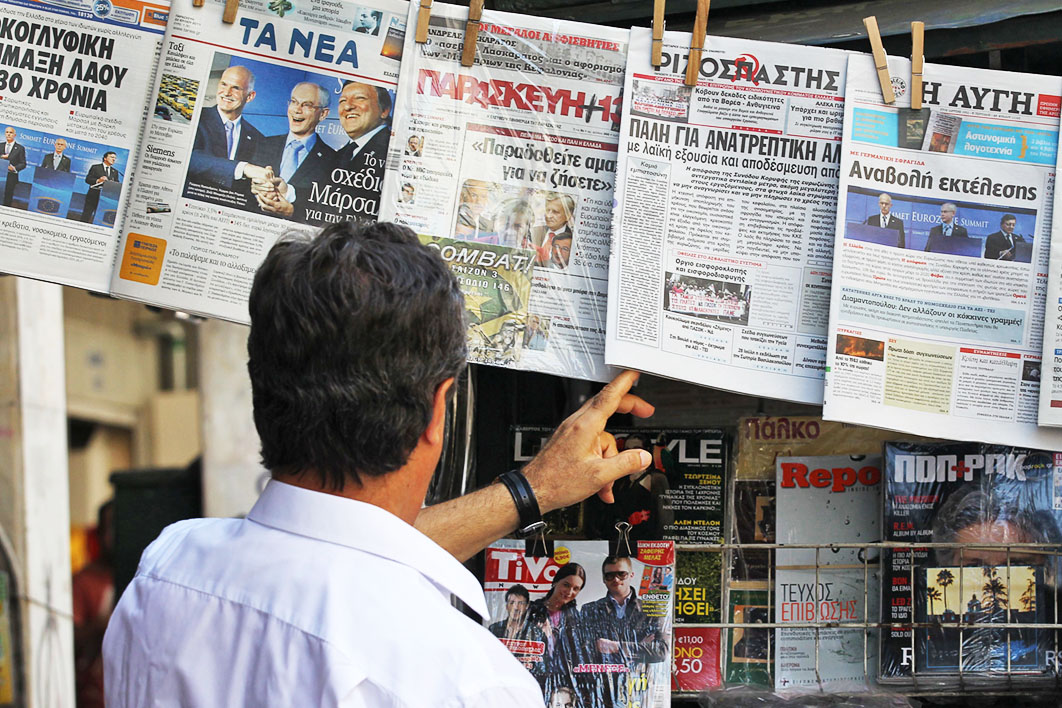 Too little, too late: Greek newspapers reporting on the meeting of European leaders on 21 July 2011 that discussed a second bailout for Greece. Orestis Panagiotou/EPA

People don’t talk about the Greek debt crisis much these days. But we should. Unemployment went up to 27 per cent. GDP contracted by 30 per cent. Most tragically, suicides increased from 3.6 per 100,000 people to 5.3.

People know the numbers. What they might not know is that Greece never really recovered. Unemployment remains at almost 16 per cent. GDP still hasn’t recovered to its pre-crisis level. Wages and businesses have been devastated, to say nothing about the immeasurable human cost of the crisis.

The name “Greek debt crisis” suggests the problem was debt. But this is misleading. Plenty of countries have more debt than Greece without suffering a crisis. The United States, Italy, Singapore and Portugal all have more debt as a percentage of GDP than Greece did before the crisis. Japan has more than twice as much.

To understand the problem, imagine Australia had an economic crisis. At least three things would come to our aid: the Australian dollar would fall, our central bank would slash interest rates and our government would spend more to stimulate activity. None of these things was available to Greece, and the result was a prolonged, painful recession.

Greece’s shared currency — the euro — was to blame. It didn’t depreciate because, although Greece was in a crisis, the economic heavyweights in the euro area, Germany and France, were not. It also meant that Greece didn’t have its own central bank. The European Central Bank didn’t cut interest rates, which would have been right for Greece, because it would have been the wrong setting for the rest of Europe.

Nor could the Greek government spend to encourage economic activity. The debt limits imposed by the euro area meant that new spending was not an option. Instead, Greece’s shared currency created a vicious cycle.

If markets became nervous about the Australian government’s debt and stopped buying its bonds, our central bank would step in and buy the bonds instead. Markets would be reassured that the odds of Australia defaulting on its debts are exactly zero since the central bank can create new money to buy bonds that don’t sell.

Because Greece had closed its own central bank (a precondition for a shared currency) this wasn’t an option. As investors became nervous about the threat of default, they charged higher interest rates to compensate themselves for the increased risk. But those higher rates made default more likely, leading to even more nervous investors and even higher interest rates. So the cycle continued. Eventually, Greece required an expensive bailout from Europe and the rest of the world. But the damage had already been done.

In a nutshell, this is the problem with shared currencies. If one country suffers a crisis and the others don’t, you’re in big trouble. This isn’t to say that a shared currency can’t work. It definitely can. But the price of making it work — giving up most of your economic sovereignty — is no longer a price governments are willing to pay.

After all, Australia has a shared currency that works pretty well. Western Australia and New South Wales are very different economies, and a crisis in the mining sector would hurt one much more than the other. So, why can they share the same currency?

They can share the same currency because they don’t have sovereignty over fiscal policy. At least, not much. The federal government taxes the citizens of both states and distributes that money across the whole country. If Western Australia gets in trouble, its residents pay less tax to the Commonwealth (because their incomes fall) and receive more money from the Commonwealth (through unemployment benefits and grants).

This mechanism would have solved the Greek crisis. But Germany and France wouldn’t have a bar of it. Allowing the European Commission to tax German and French citizens and give that money to Greek citizens was beyond the pale.

So serious is this problem that a shared currency without a proper fiscal union will eventually kill the euro area. Future crises are inevitable. If the next crisis is in a big country — like Italy or Spain — the odds of the euro surviving, at least in its current form, are slim.

All of which means it’s strange that plenty of people still advocate shared currencies.

Sometimes this advocacy is direct. Some have called for Australia and New Zealand to adopt a common currency; others have called for ASEAN countries to do it, or even the whole world. None of these is a good idea.

If Australia were to replace its currency with a cryptocurrency — either directly (through a policy decision by the government) or indirectly (if households and businesses abandoned the Australian dollar in favour of a digital alternative) — we would be in the same position as Greece in its debt crisis: too much water and not enough buckets.

Some countries have edged down this path. El Salvador, for example, has adopted Bitcoin as legal tender. But the counterfactual here is important. El Salvador already had a shared currency. Its official currency was, and still is, the US dollar, chosen primarily to help control inflation. Making Bitcoin legal tender in El Salvador isn’t replacing a sovereign currency with a shared one — they did that twenty years ago — it is about having two shared currencies instead of just one.

None of this is to say that cryptocurrencies are a bad thing. Cryptocurrencies and the technologies that underpin them will offer huge benefits to societies and economies. They offer the opportunity to substantially increase financial inclusion and help billions of people around the world who don’t have bank accounts. Technologies like blockchain could revolutionise supply chains and substantially increase efficiency in critical areas like health. Getting our regulations right will be the key to maximising the benefits of cryptocurrencies while minimising their risks. Cryptocurrencies might be game changers, but the rules of macroeconomics still apply. •

The adventure begins: Ross Terrill at the Beijing Summer Palace in 1964. 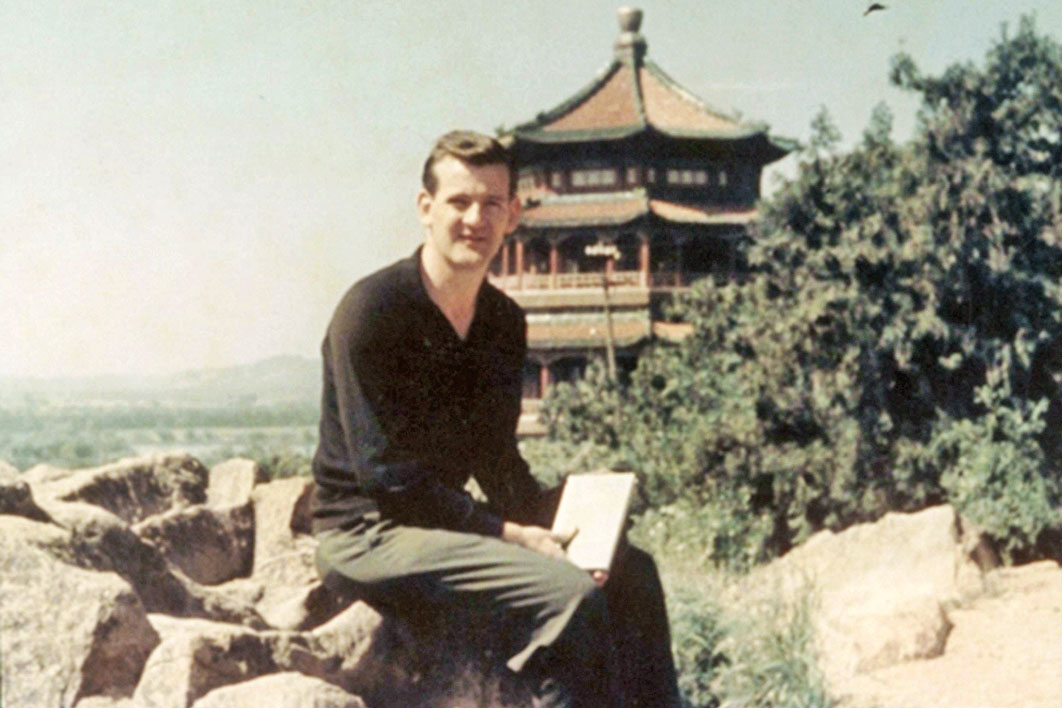 The adventure begins: Ross Terrill at the Beijing Summer Palace in 1964.