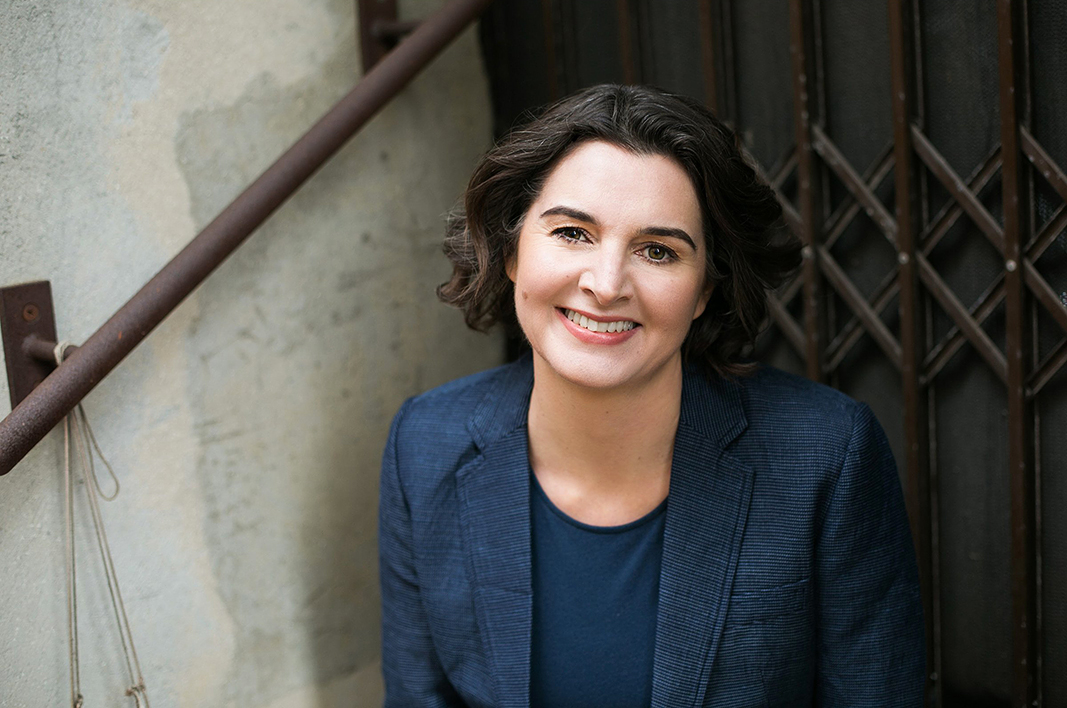 The Thinking Woman begins with a long epigraph that includes Virginia Woolf’s famous exhortation “Think we must.” Woolf wants us thinking on the omnibus, as “we pass the Cenotaph,” in the galleries of the law courts and London’s House of Commons, and at marriages and funerals. “What is this ‘civilisation’ in which we find ourselves?” she asks. “What are these ceremonies and why should we take part in them? What are these professions and why should we make money out of them? Where in short is it leading us…?”

It was 1938 when Woolf wrote this, and war was looming. Today the places where we must think have expanded, and when the social media and the fake news come streaming in on us, when presidents take to Twitter and the bad behaviour of politicians and celebrities gushes onto our phones, when the riches of the rich are impossible to comprehend, when the trolls grow angrier, it is hard to know what to think, where even to begin. But think we must.

Yes, I thought, as I opened this book and saw the impressive array of women Julienne van Loon has interviewed — including Siri Hustvedt and Laura Kipnis, Julia Kristeva and Rosi Braidotti. It took me a while to correct the misapprehension that can come with a title and an epigraph. I should have taken more notice of the cover: the face of a woman cropped to show only the mouth, partly open and aswoon with feeling.

Towards the end of van Loon’s journey through her interviews with these impressive women, she asks: where are you at? It is a question she says we should all be asking each other, not so much for our physical whereabouts — though that can be crucial when a friend is in trouble — but to enquire about our own journey of becoming in the precarious world we inhabit. It is a question that holds the book together, though I did not realise it until I reached the end, for The Thinking Woman is not so much a book of interviews — though they form an organising principle — as van Loon’s own reckoning with where she is at now, as she approaches fifty.

Where life has brought her as a thinking, feeling woman, who has loved, and loved again, who has given birth to a child and worked for her living, who has wondered and feared as she has moved from city to city. How do we think our lives as well as feel them, she asks; how do we give meaning to the buffeting of emotion and the mismatch of the demands and expectations that are made of us? These, too, are questions asked by Virginia Woolf, and the thinking women who came before, and after, her. Where are we at with that, now, as women of the twenty-first century?

With three novels to her name, van Loon is at her best when those she interviews are as alive as her writing. She visits Marina Warner in her North London house with its “tiny” L-shaped garden which, that day, was “an attractive mess of late summer flowers.” Drinking tea in the kitchen, they talk and they wonder, in both senses of the word: they muse, and ponder, and enquire; they let themselves be “struck by wonder” at the marvels of myth and fairytale, of Scheherazade and the Alice of Lewis Carroll’s Wonderland. It’s an exhilarating encounter that has Warner and van Loon riffing on the importance of listening to other voices and marvelling at “the strangeness and possibility” of insects that spin their own cocoons and metamorphose — like the beings of ancient stories — into beguiling new form.

Can our capacity for wonder, van Loon wonders as she leaves the house, “actually change who we are”? Yes, she replies to her own question. Yes, and yes.

And so does our capacity for play. Indeed, we cannot wonder if we have not learned from our earliest becoming how to play. When Siri Hustvedt opens the door of her Brooklyn brownstone, the temperature outside dropping to code blue, that is the question van Loon has come to discuss. And should you doubt the importance of play, from those first to-and-fro noises between a mother and her baby, then contemplate what happens when a child is born into an environment so impoverished and abusive that she has no experience of play, none at all: none of those baby noises, none of the mimicking and hiding behind a hand, none of the counting and jumping rope. When Hustvedt encountered such a child in her work at the New York Hospital, the girl was twelve years old with no capacity to imagine, no ability to enter a story or a character, no cognitive comprehension of metaphor. All that was left to her as a mode of thinking was the damaged stasis Hustvedt describes as “concrete.”

“I think of play as a way of sorting out the world,” Hustvedt said — that mulling and wondering and trying other shapes and finding the patterns as we venture further into the world. Without play, we barely live.

Which raises, again, the question that lurks in the undergrowth of this book: “What is this ‘civilisation’ in which we find ourselves?” How are we to comprehend a world in which something as fundamental and human and universal as the play of a child can be obliterated? What is this “civilisation” that reduces so many to poverty and fear as the inequality in wealth reaches levels — van Loon quotes Thomas Piketty — not seen since Woolf was young.

The one Philosopher (with a capital P) whom van Loon interviews is Nancy Holmstrom. As van Loon says, philosophy as an academic discipline is still largely a male preserve, and Holmstrom’s path to the Chair of Philosophy at Rutgers University was far from straightforward. Van Loon turns to her for her work on capitalism, its structures and its impact on women. This is the chapter in which she thinks about her own history of work, and how different it has been from that of her grandmother and mother. It is at this point in the book that she writes of her jump from the security of a continuing university position to the precarity of a writing life — although she does now have a research fellowship at another university. It was a decision made as the work of university teaching was becoming caught in the malign influence of “profit and competition” that also had Marina Warner leaving her university.

As these things so often are for women, van Loon’s decision to jump was a move also for love. As memoir it makes interesting reading, but Holmstrom never comes alive as interlocutor, and the chapter sinks in the gap between the personal and the collective, between van Loon comprehending her own particular story and the task of coming to grips with the dire state of our polity.

As Holmstrom says, and van Loon agrees, “the challenge” for all of us is “to come up with an alternative… To unleash our imaginations and collectively work out what such an alternative would look like.” Which thinking person would not agree? But the uncomfortable thought is whether it is a matter of privilege — however precarious — for those of us who can opt for a thinking, writing life even to ask the question? And then what?

The last of van Loon’s thinking women is Rosi Braidotti. I’d expected her to be a tough subject, but on the contrary she shines a light as a presence in the narrative and as a guide, as van Loon thinks back to a friendship of her twenties with a woman called Jo. It was one of those early engagements that illuminates the path as we venture into the world. But as van Loon’s career consolidates, albeit shakily, Jo’s propensity to schizophrenia darkens. She is admitted to — and escapes from — various psychiatric hospitals, and finally lands back on the streets. Here, the question of where are you at takes on a hard immediacy for Julienne van Loon.

It is a powerful final chapter which, with Braidotti as guide, brings us back to Virginia Woolf. Not on the omnibus, having us think as we pass the Cenotaph — but in her playful love and friendship with Vita Sackville-West. It was there, more than anywhere other than at her desk, that Woolf could live the fluidity of being and becoming, of thought and feeling, that takes immortalised shape — as Braidotti and van Loon agree — in Orlando. That is the Virginia Woolf whose spirit hovers over this book, not the stern rider on the omnibus.

The Thinking Woman does a lot to help us think about how we can, how we could, even how we should, deal with our own feelings, and find the fluidity of imagination to live thoughtfully and fully. In this she has a long and honourable lineage. As to the next question, the hard question of thinking our collective way towards a better world in which life on the streets is no longer an unsurprising fate, I await volume two. •

The upsides and downsides of the organisation and its controversial founder 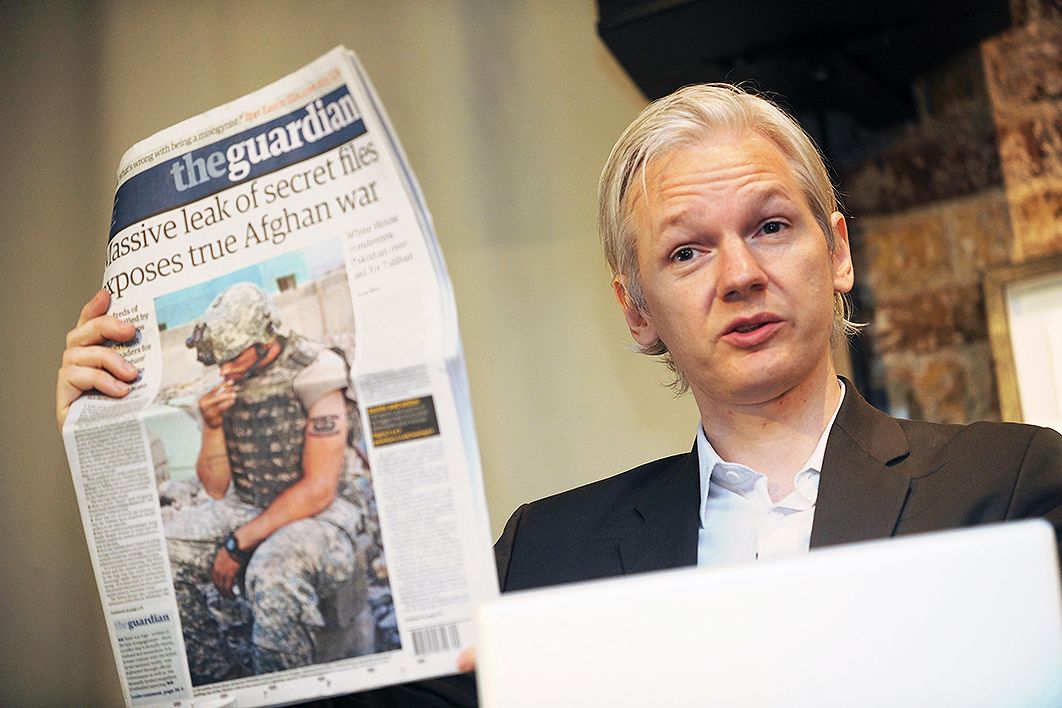