Where lawyering ends and illegality begins 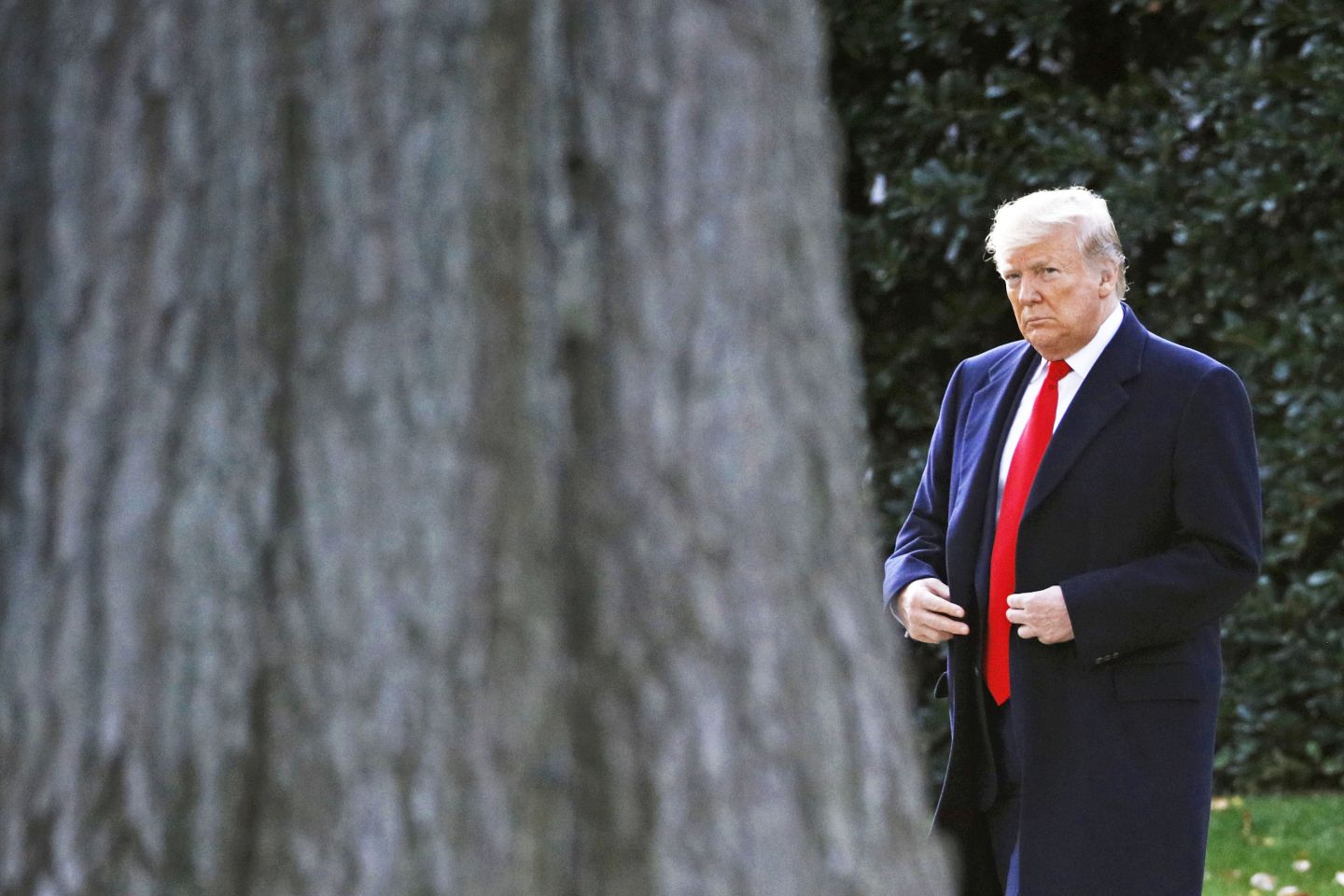 “You can’t impeach someone who hasn’t done anything wrong,” tweeted Donald Trump last week, summing up in one sentence his approach to impeachment — in fact, to any alleged wrongdoing or breach of the legal and constitutional responsibilities of presidential office.

Congressional Republicans seem set to adopt a similar response to the impeachment proceedings. Reports suggest they will acknowledge that Trump used US military aid to force Ukraine to investigate Joe Biden and his family, but will insist that it wasn’t illegal and certainly didn’t rise to the level of an impeachable offence.

Trump’s day-to-day response to impeachment follows a familiar script. He accuses his opponents of whatever he is accused of — treason or illegal behaviour, for example — and then throws dirt and obscenities at them. In recent weeks he has repeatedly attacked the whistleblower who made the original complaint (and demanded to know his identity, in contravention of a number of legal protections), slammed anyone who has testified to congressional committees, and lambasted the few Republicans (or “human scum”) who have objected to his conduct.

His most savage remarks have been reserved for House leader Nancy Pelosi and House Intelligence Committee chair Adam Schiff. He has accused Schiff of lies, “massive fraud” and treason, and suggested that Pelosi is guilty of “High Crimes and Misdemeanors, and even Treason.” Both of them, he insists, should be impeached. He doesn’t care and may not even know that such a course of action would have no legal basis.

Previous presidents, by contrast — even those facing imminent impeachment, like Bill Clinton and Richard Nixon — understood that, in the end, respect for the rule of law means complying with the law. But ignorance of the law is embedded in Trump’s approach to the presidency. His willingness to both use and abuse the law, a practice learned from his father, has been an essential part of his business practice.

Fred Trump, who made much of his real estate fortune by exploiting federal housing programs and tax loopholes, is described by one of his son’s biographers as a businessman who “never missed a chance to bend the rules.” In 1973, when the federal Department of Justice accused Trump Management of clear-cut Fair Housing Act violations at thirty-nine Trump-owned apartment buildings, young Donald retained lawyer Roy Cohn, a fixer notorious for being chief counsel during senator Joseph McCarthy’s hearings. Together they launched a protracted battle against the charges of racial discrimination, including a $100 million countersuit accusing the Department of Justice of defamation. The Trumps also filed a contempt-of-court charge against one of the prosecutors, accusing her of turning the investigations into a “Gestapo-like interrogation.”

After two years of legal wrangling, the countersuit was dismissed and the Trumps signed a consent decree that required costly restitution but no admission of guilt. Donald Trump claimed victory and Trump Management continued the violations. A few years later they were back in court accused of breaching the consent decree.

The 1973 lawsuit had long-lasting consequences: it not only brought Trump and Cohn together in a relationship during which Trump learned from an expert how to abuse both the legal system and those who opposed him, it also gave the twenty-seven-year-old his first, addictive taste of public attention. Cohn died in 1986 but his legacy lingers in the White House today. Once, in a fit of rage at then attorney-general Jeff Sessions over his recusal from overseeing the Mueller probe, Trump reportedly demanded, “Where’s my Roy Cohn?”

When Trump was running as the Republican presidential nominee in 2016, USA Today undertook a massive investigation that found he and his businesses had been involved in at least 3500 lawsuits. These included disputes over multimillion-dollar real estate deals, defamation suits and even petty cases against individuals over casino debts.

Although the Trump Organisation described this as “the cost of doing business,” the USA Today analysis showed that Trump was involved in more legal cases than the five top US real estate business executives combined. That unprecedented number grew by seventy in the year after he announced his candidacy for the presidency in June 2015.

The pattern continued once Trump decided to contest the presidency. His campaign and his associates undoubtedly violated the law in their drive for electoral success, both by cooperating with Russian interference — as the Mueller inquiry found — and by paying hush money to two women in a clear violation of campaign finance laws. (The latter might explain why the president has failed to nominate new members to the Federal Election Commission, which now lacks a quorum and so cannot meet, investigate complaints, issue opinions or fine violators.)

Trump was accompanied into the White House by an ever-changing phalanx of personal lawyers, including Michael Cohen (now in jail), Jay Sekulow and Rudy Giuliani. But he has also sought to co-opt administration lawyers, from whom he also expects loyalty rather than fidelity to the law. Increasingly, those who work for him either reflect his own ethos and conduct or — as in the case of FBI director James Comey, attorney-general Jeff Sessions, secretary of state Rex Tillerson, White House counsel Don McGahn and deputy attorney-general Rod Rosenstein — are sacked or resign.

In recent weeks it has become clear that the president’s personal lawyer, Rudy Giuliani, has been running a campaign of shadow diplomacy in support of Trump’s own interests. His attorney-general William Barr, meanwhile, together with Justice Department attorneys and White House counsels, has been representing the president rather than the government. Challenged, Trump says that he has an “absolute right to do what I want to do with the Justice Department.” His model of an attorney-general is someone who “protects the president,” as he claims Eric Holder did for president Barack Obama.

During frequent overseas trips Barr has been pushing Trump’s Ukraine agenda. He broke the law by keeping the original Ukraine whistleblower’s complaint from Congress. Under his auspices the Justice Department has even begun a criminal investigation into the Mueller inquiry. Small wonder that New York University law professor Stephen Gillers recently referred to Barr as “Trump’s new Roy Cohn.”

Former acting attorney-general Matt Whitaker disclosed his Trumpian views when he said that “abuse of power is not a crime.” Trump’s personal attorney William Consovoy recently told a federal judge that, as president, Trump could not be prosecuted even if he shot a person on Fifth Avenue. One thing the president can legally do is order his subordinates to violate the law and promise them pardons for doing so, and Trump has done exactly that.

The impeachment proceedings against Donald Trump are not about violations of tax law, campaign financing regulations or the emoluments clause of the constitution. They are about whether the president pressured Ukrainian president Volodymyr Zelensky to investigate the business ties of former vice-president Joe Biden’s son, and whether he withheld federal military aid to make that happen.

At the heart of this and previous impeachment proceedings is one common theme: that a president has abused the power of his office and so is unfit to serve. Presidents can abuse power in many ways, legal and illegal, and in these cases impeachment is the sole mechanism of accountability. Trump calls the House of Representatives’ impeachment enquiry a “witch hunt” but the constitution and whistleblower laws explicitly provide for Congress, as a co-equal branch of government, to scrutinise wrongdoing within the executive branch.

The Wall Street Journal recently looked at the efforts of Trump’s lawyers to give him sweeping immunity — not just from prosecution but also from investigation — even if he were indeed to commit murder on Fifth Avenue. They have pushed for him to be considered beyond the reach of any other federal, state or local institution and to be immune to civil lawsuits, judicial orders, criminal investigations and congressional probes.

In a memorandum dated 8 October 2019, White House counsel Pat Cipollone lays out Trump’s rationale for keeping the entire executive branch from cooperating with the impeachment inquiry. The inquiry “lacks any legitimate foundation” under the constitution, he says, and is constitutionally improper because it seeks to overturn the results of the election.

In the Atlantic, legal expert Kim Wehle says that if the Justice Department’s legal opinion on the whistleblower complaint or Cipollone’s memo on impeachment were part of a filing in a federal court, they would be thrown out on the grounds they violate the Federal Rules of Civil Procedure. These are the rules designed to prevent lawyers from making arguments that are frivolous or have no legal support.

While this isn’t the first administration to invoke executive privilege to deflect scrutiny, it has pushed that law to an extreme. A letter about the Mueller inquiry sent by Cipollone to the chair of the House Judiciary Committee in May effectively rejected congressional oversight as illegitimate. “Congressional investigations are intended to obtain information to aid in evaluating potential legislation,” it said, “not to harass political opponents or to pursue an unauthorised ‘do-over’ of exhaustive law enforcement investigations conducted by the Department of Justice.”

No surprises here: Trump declared his intent to resist all congressional inquiries long before the impeachment process started and has an established pattern of resistance. By one count, he is currently defying as many as twenty different efforts to examine his conduct.

Members of the executive branch requested or subpoenaed to testify to Congress are left with an excruciating dilemma. Some, like lieutenant colonel Alexander Vindman and acting Ukraine ambassador William Taylor, have chosen to defy Trump and testify; others, like Russell Vought, who heads the Office of Management and Budget, intend to defy the subpoenas. Former national security aide Charles Kupperman has asked the courts to decide whether he must obey Congress or a White House order. Kupperman was John Bolton’s deputy, so the results of this lawsuit could determine whether Bolton himself testifies.

Trump is reportedly angry that so many of “his employees,” as he refers to them, are going to Capitol Hill and testifying. He has apparently asked for copies of witness statements so he can decide how to criticise those he perceives as disloyal, and has complained that his lawyers are not doing enough to stop people from talking. He has even encouraged Republican members of Congress to question the credibility of people working in his own administration.

As a recent article in the Guardian points out, each new controversial memo, opinion or tweet maligning individuals who speak out feeds a running debate about “where assertive lawyering ends and malpractice begins.” The pattern of resistance and use of executive privilege is leading inexorably to the conclusion that it is undertaken in bad faith. As such, it is another abuse of presidential power. • 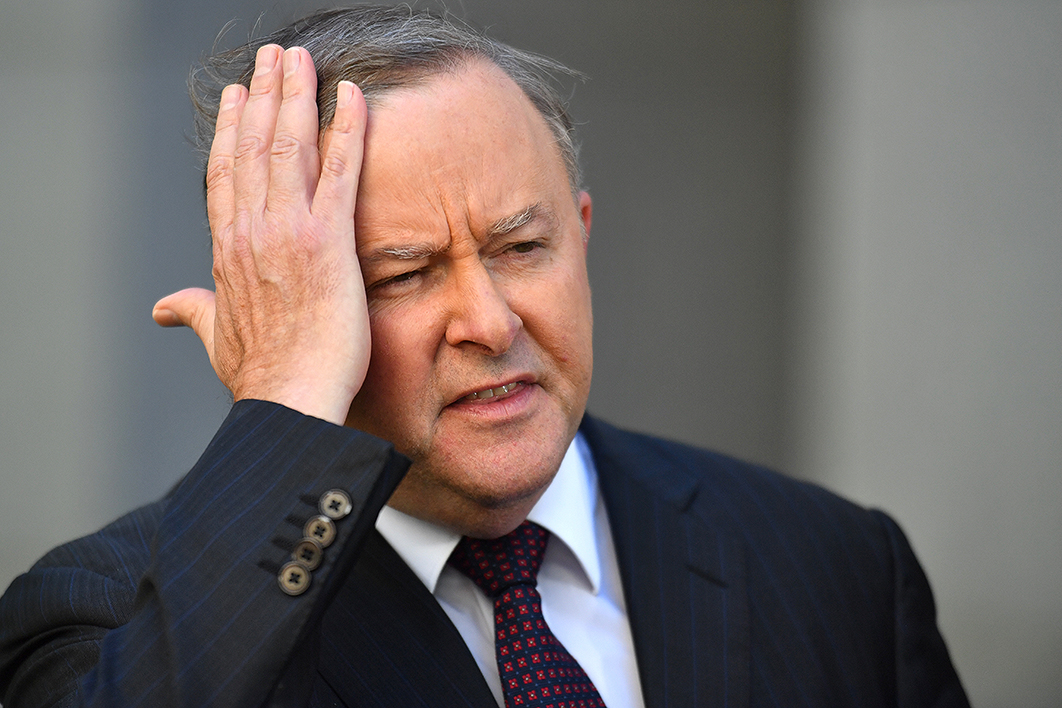