Who do we think we are?

Books | A new account of the boom in family history, and the insights it has revealed, informs in unexpected ways, writes Beverley Kingston 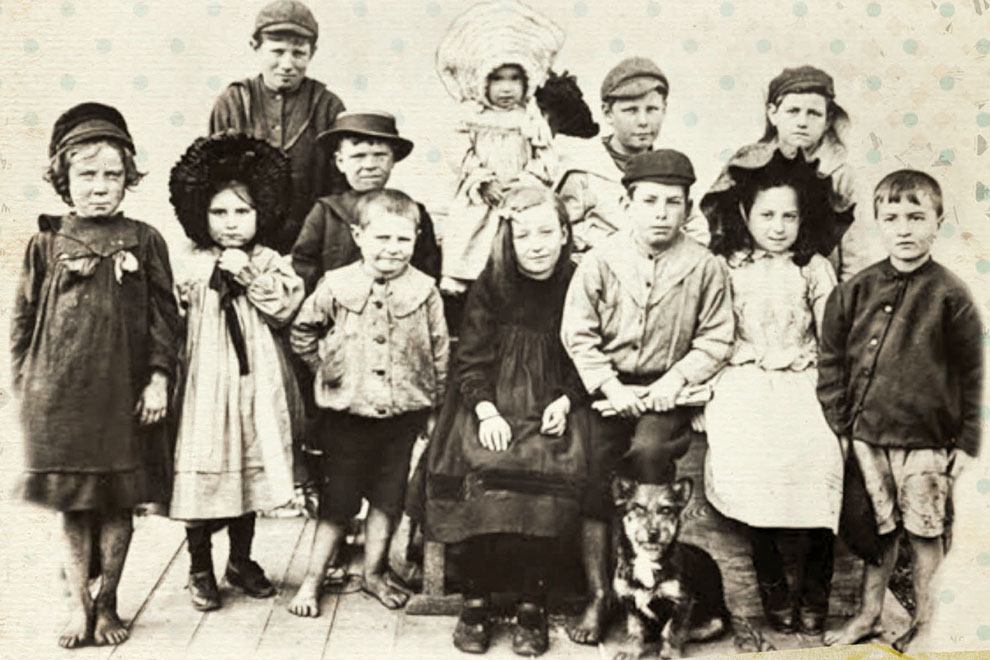 Casualties of an evolving Sydney: children in the care of the Benevolent Society, from the cover of Fractured Families.

The rise of family history used to be attributed to the influence of Alex Haley’s mid-1970s American novel Roots. Now, it is probably simply an indication of an increasingly self-absorbed society. We have become more curious about our own ancestors and what they tell us about ourselves, and our awareness of the influence of inheritance has added to our sense of meaning and self-worth. Once we may have hoped to find wealth or status somewhere in our family background but now we have become curious, too, about our genetic inheritance, and the clues it might give us to the character or personality we have developed, the illnesses we might try to guard against, and even the possible causes of our death and the age at which it is likely to occur.

Family history is also a splendid excuse for travel in search of distant relatives or to sites connected with family origins. It provides an absorbing puzzle, or quest, for those so minded, superior to and more rewarding in many ways than the endless consumption of mystery or detective stories. The research has never been easier, nor the records more accessible, and you can join a family history society to share knowledge and enthusiasm. The past few decades have seen fantastic developments, not only in the state’s ability to keep track of the lives of individual citizens but also in the technology that now enables us to access and correlate multiple sets of records. Another of its attractions, as Tanya Evans points out in Fractured Families, is that research can be done at home and disturbing discoveries assimilated in private.

Australia is richly endowed with historical records of the kind compiled by the modern bureaucracy. Before the notion of privacy became a matter for general concern, early bureaucratic record-keeping could be wonderfully revealing about hundreds of thousands of individuals who would otherwise have left no trace on history. You need only think of the huge body of records left by the convict system, both of the convicts as individuals with details of their physical appearance, distinguishing marks, levels of literacy and employment records, and how, when, and why they were transported, and of the massive archive of their progress through the legal and employment systems in the colonies. It is now more than sixty years since historians like Lloyd Robson began to realise what could be done by statistically analysing these records using what were then primitive computers.

Two generations of historians have since made careers and reputations out of manipulating those records using the latest developments in digital technology, some of them cross-matching data on an international scale. By the late twentieth century it was not uncommon to receive an offer from a company that produced family histories to order, based mainly on one’s surname. Mostly they were a waste of money. The day may come, however, when the would-be family historian can type a name into a keyboard and instantly retrieve every known reference from archives all over the world. Those currently concerned about the possible future uses of preserved metadata might well ponder this history of official record-keeping and the unintended uses to which it has already been put.

When the Australian colonies mandated the collection of birth, death, and marriage records in the 1860s, the reach and value of the convict records were greatly extended, though as Tanya Evans shows, people didn’t always necessarily know the truth, or reveal it, when they were asked for information. Australian historians have long bemoaned the compulsory destruction of our census records, instituted by the new Commonwealth partially in the hope that we would be more inclined to be honest if we knew the census forms would not be preserved. But the great bonanza of first world war records has partly compensated for that gap, at least for the male population. As the current commemorations of those grim events show, today’s Australians in their thousands have been discovering or rediscovering their ancestors through both the records of that war and the subsequent business of repatriation.

For Fractured Families, the core collection of records is the archive of the Benevolent Society of New South Wales. Founded in 1813, part of the organisation’s function was to deal with problems created by the special nature of the society evolving in the colony. Because Sydney was only twenty-five years old, there were not a great many families with more than one generation, nor were there many extended families able to take responsibility for their old, feeble or frail members. And because of the shortage of women in the population, increasing numbers of ageing men lived alone, many of them becoming the poor and the homeless of that time.

Over time these structural imbalances resolved themselves, and the Benevolent Society increasingly began to care for the women and children who were now the main victims of what was coming to be known as the “working man’s paradise.” A steady demand for male labour did not necessarily flow through to women, and life could be extremely difficult for pregnant women and women with small children who had no male protector. And so, from the later part of the nineteenth century, the records of the Benevolent Society are increasingly the records of the poorest and most disadvantaged members of the female population. It is largely this group of records that has been singled out for special consideration here.

As a collection of family histories illustrating various kinds of families in nineteenth-century New South Wales, Fractured Families is a mixed bag. Some are little more than fleshed out genealogies, others so intricate that one wishes for a family tree. It is not clear what purpose the book is meant to serve – to promote family history, to encourage more informed thinking about the use of sources or the ways of interpreting them? The family historians and genealogists whose work is discussed and admired are not likely to be interested in the kinds of comparative lives it reviews or the generalisations in which it deals; they are probably still in pursuit of an annoyingly elusive ancestor. No more likely to be impressed are the often-unnamed or disparaged “historians” and “scholars,” who are said to have studied various troublesome questions of meaning or interpretation only to disagree about their significance.

The book’s approach to chronology is carefree. It has texts not published until the late nineteenth century described as influential fifty years earlier, and it moves back and forth between British and Australian conditions in ways that are bewildering. So it must be read with care and cannot be regarded as authoritative on the changing economic and social conditions in nineteenth-century New South Wales or the legal and administrative framework in which ideas of family functioned during this period.

It is informative, however, in unexpected ways. The motives and approaches of some of the family historians are described in detail. Jeff White, for example, a business analyst in Sydney, is one of the numerous descendants of Weeks White, a Baptist baker who migrated to New South Wales in 1874. He has worked extensively on the life of William, one of Weeks’s sons who took over and developed the bakery. Evans writes:

Jeff takes pride in the tracing of sources and the organisation of data; I can attest to the efficiency of his system. He uses Ancestry.com to construct his family tree and Google Cloud Storage to store his family history data. He undertakes more research now than he did in the past, because his work commitments have lessened as his career has become more established and because the internet has made his work much easier than it once was.

Jeff White eventually made contact with Anne Coote, another family historian, who had been pursuing William White’s youngest sister Sarah through the records of the Benevolent Society. Sarah was the baby of the family. Her mother had died when she was about three, and she was sixteen when the whole family migrated to Australia. During the next eight years she gave birth three times in the Benevolent Asylum. Maybe she just fled the strict atmosphere of her Baptist family; no one knows. Her brother became a significant supporter of the Benevolent Society, but it is not known what his relations with his sister were or how the Whites really functioned as a family. Like many of the stories in this book, without other kinds of evidence, the family history is skeletal.

Fractured Families concludes with a discussion of family history as shown on two television programs, SBS’s Who Do You Think You Are?, on which the author has worked as a consultant, and Call the Midwife, which she describes as “a feminist political project,” asserting that this is how most people now become interested in history. Unfortunately, this may be true, and as the most recent preoccupation with the first world war shows, subtlety has generally been the loser. •

Beverley Kingston taught Australian history at UNSW through the 1970s, 80s and 90s. 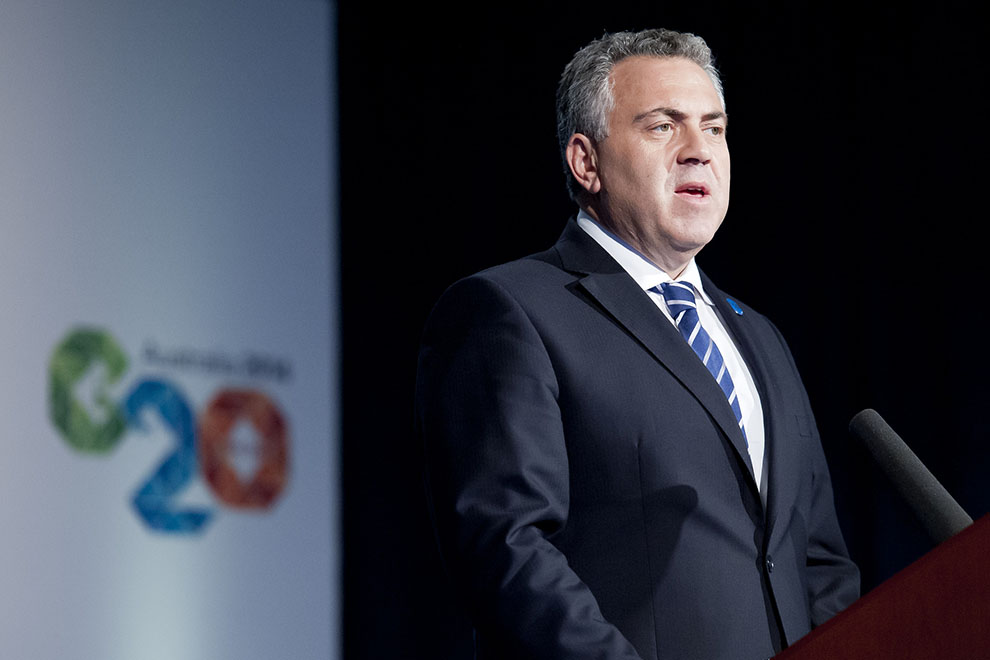