Who is the enemy?

Why now? Léa Drucker in War of the Worlds. 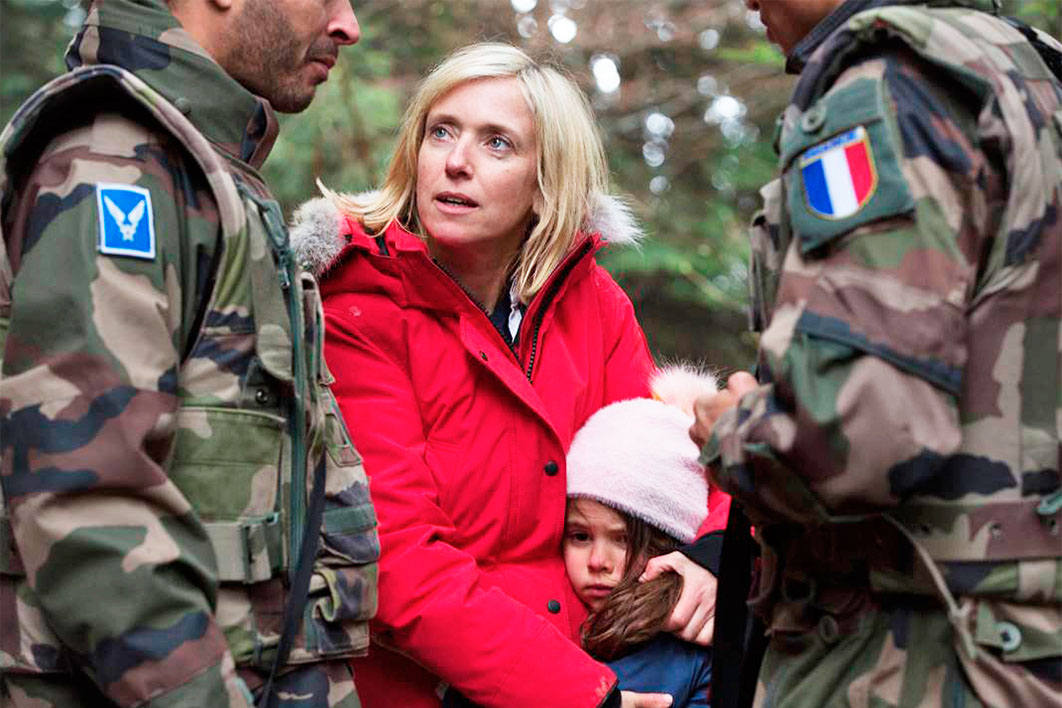 Why now? Léa Drucker in War of the Worlds.

“July is a big month for missions to Mars,” according to ABC news. Taking advantage of an optimal planetary alignment, the United States, China and the United Arab Emirates have each launched spacecraft this month. NASA’s mission is set to land a rover named Perseverance, designed to hunt for signs of long-dead life.

Surely, then, this is also a good month to watch a new series based on the H.G. Wells classic, The War of the Worlds, a story of Martian invasion originally published in 1898? The Fox version, an Anglo-French collaboration currently streaming on SBS, begins at the IRAM Observatory on the Plateau de Bure in the French Alps. Astrophysicist Catherine Durand (Léa Drucker), who has been responsible for compiling an anthology of signals to be transmitted speculatively into remote space, sees unusual activity on the radar.

It’s a well-paced, atmospheric opening. Yes, this could happen, and there’s a convincingly gradual transition from technical curiosity to the recognition that troubling developments are in train. Durand flies to Brussels to deliver a briefing at NATO headquarters, a scene intercut with Bill Ward (Gabriel Byrne), professor of neuroscience at University College London, giving a lecture on electronic interventions with brain circuits.

“We send music,” Durand explains to her elite audience, the idea being that music — also encoded in a binary system for species without auditory function — may act as a universal language. The response has come in electromagnetic waves that look like some kind of musical translation. Across in London, Ward pauses his lecture to address a recalcitrant student. “Am I boring you?” The delegates in Brussels stir in their seats with a different order of attention. They want to know why this is happening now. “Perhaps they were looking for us,” ventures Durand.

So far so good. But the problem with nineteenth-century science fiction is that it doesn’t stay in this register. The full horror show must unfold, with towering monsters and cities crumbling in burning chaos. Once that starts to happen, technological realism is left behind, and with it all the intricacies of information tracking, decision-making and clandestine politics of the kind we saw in Chernobyl.

As events in the storyline spin off into fantasy, the only kinds of realism left are social and psychological, as Steven Spielberg understood when he brought The War of the Worlds to the big screen in 2005. Tom Cruise starred, getting caught up in the trauma with two children from a broken marriage, so it was all about his learning to be a father. Cheesy, perhaps, but very well managed.

Wells presented the original story as an exploration of human nature: what kind of species are we and, when it comes to the crunch, are we worth saving? His narrator commences with reflections on the vanity and cruelty of a race whose doctrine of survival of the fittest led to the extermination of the Indigenous Tasmanians. “Are we such apostles of mercy as to complain if the Martians warred in the same spirit?”

In this new television version, the alien contact is announced in a news broadcast with the speculation that perhaps this may bring the people of the world together. Those who escape the first strike find themselves trying to survive in a city in which all resources and services have collapsed. Personal and social priorities clash. The neuroscientist is bent on reuniting with his ex-wife and adult son. A mother and her two teenage children find themselves in a hospital where a sole nurse is trying to keep thirty infants alive: will they help, or are they only bent on saving themselves? A boy who has escaped from a refugee camp, used to surviving against the odds, blends generous instincts with feral strategies.

The problem is that none of these characters is particularly interesting. That may be a shortcoming of the casting, but the writing doesn’t always deliver either. Series creator Howard Overman seems insufficiently clear about where the dramatic heart of his story really lies.

Since this is, in essence, a horror story — however freely adapted — the heart of it should be some experience of terror. On Halloween night in 1938, a young Orson Welles delivered a purportedly “live” broadcast of an alien landing, drawing his script from The War of the Worlds, and so terrified the listening public that many of them fled their homes. Listening to it now, one might be impressed at its verve and inventiveness, but it is lodged firmly as a vintage curiosity in the comfort zone of the twenty-first-century imagination.

Keen as we may be on conspiracy theories, the prospect of interplanetary surveillance doesn’t seem to generate much collective anxiety in the current media environment. Even with news of a robot probe seeking traces of alien life on Mars making headlines, I searched the twittersphere in vain for signs of apprehension. My curiosity was piqued by a reference to “seven minutes of terror” in the ABC news report, but this turned out to be insider jargon from the control room, describing the interval of suspense between the time when the probe entered the Martian atmosphere and the moment of its landing.

Perseverance, with its armoury of probes and sensors and spooky musical tastes (it is programmed to sing itself happy birthday), might surely strike terror into any alien life form, but it is our own creature. An intelligent strategy for the series, then, might have been to try to gain traction by exploiting this irony. Certainly it was a smart decision to portray the invaders on a smaller scale than Wells did, as an army of probe vehicles similar to the real-life robot dogs produced by Boston Dynamics.

The deployment of those dogs really has inspired public consternation, and fears of sinister conspiracy, especially when they were trialled by Massachusetts state police in anti-terror operations. Boston Dynamics advertises them as ingenious, entertaining (they dance), quirky and stylish (they come in sporty yellow as well as black). They only look really dangerous when accompanied by heavily armed humans in black riot gear.

If it is no longer possible to scare an audience with H.G. Wells’s fantasy of Martian invasion, surely we can be unnerved by a vision of alien invaders as a mirror image of ourselves — colonisers, predatory adventurers, ruthless destroyers. This was, after all, a key element in the original story, with its prefatory allusions to genocide in Tasmania. It’s disappointing that this new television version fails to take on the challenge with any serious dramatic cogency. •

Who do you trust?

Rebuilding confidence in government is a prerequisite for economic reform 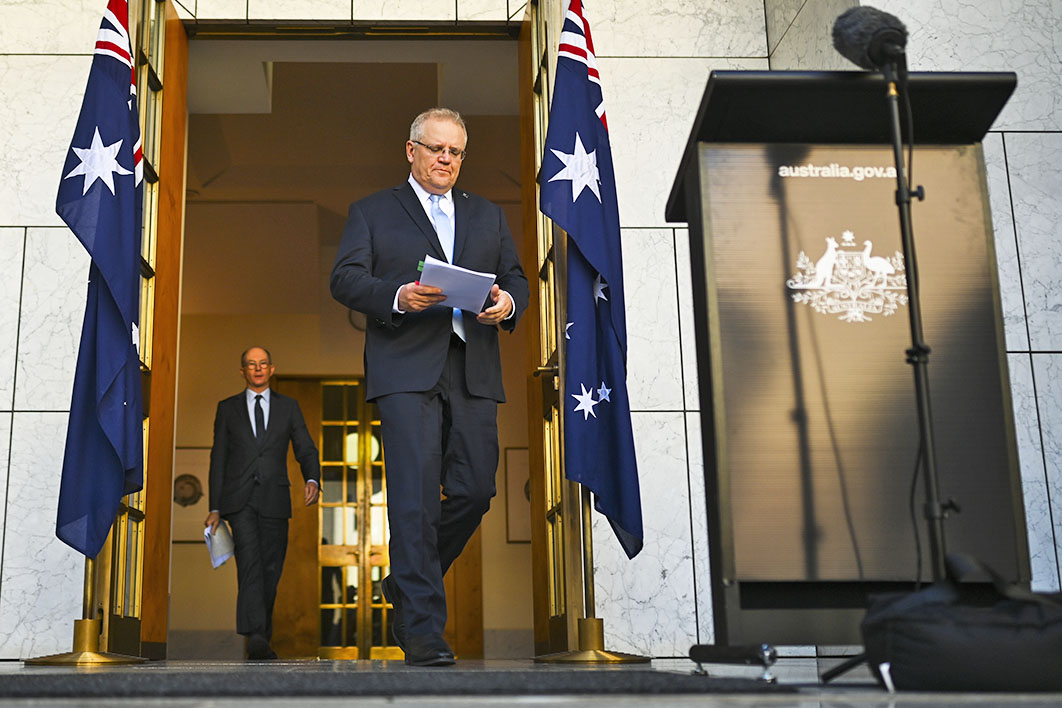