One vital question has been overlooked in the coverage of the federal government’s My University website, writes Dean Ashenden. Why duplicate a service that already exists? 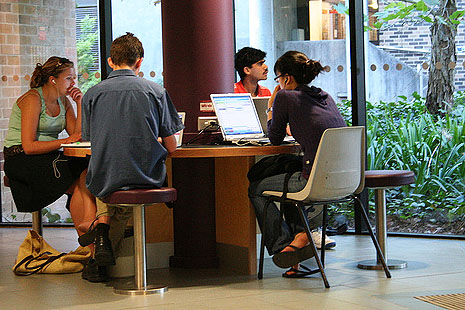 I MUST begin with several disclaimers. First, the government’s My University website, launched on 3 April, competes directly with the Good Universities Guides, or GUGs, which my partner Sandra Milligan and I established in 1991. Second: I retain no interest in the GUGs or the company that has published them for the past decade or so, and have had no contact with that company (Hobsons Australia) during the preparation of this article (or, indeed, at any time since Hobsons acquired the guides). Third, I must admit to having had a pink haze experience when I heard what the government was up to, and another as I read as many media reports about the new website as I could stomach, and yet another as I read the ministerial media release on which almost all of these searching pieces of independent journalism were based.

When he launched the site, according to the release, the tertiary education and skills minister Chris Evans said that “students will now have access to relevant, up-to-date information to help them make the right choices.”

Where have the minister and his media team been for the past twenty-one years? Not in just about any newsagency in the country, where they could pick up a print edition of the GUGs. Nor on the web, where they could get it all online, free.

And by “all” I mean just about everything that appears on the My University website, and a whole lot more, including links that take anyone browsing a wealth of course information straight to another wealth of information about what jobs and careers that course might lead to. Or the prospective student can come from the other direction, starting with the kind of career they’re interested in, following the link to the course that will get them there, and which universities offer it, when, for how much and all the rest, including ratings of just about anything you can think of: what graduates say about the course, how difficult it is to get into, its salary and employment outcomes, and so on, and on. And they can compare how the course as offered at one university compares in any or all of these respects with the same course as offered at other universities; or how that course compares with any other course they might be interested in. What’s more, they’ll be able to understand it. Instead of masses of numbers (“so much data can be intimidating,” as one mild-mannered commentator on the My University website put it), they’ll get understand-at-a-glance symbols, from five stars (well above average) to one star (well below average).

And what can be said about the journalists who covered the government’s great leap forward? Some might be forgiven because they aren’t specialist reporters. But others are declared to be “education writer” or similar. Three of them actually write for newspapers which for a number of years lent their masthead to the GUGs (I refer to the Age, the Sydney Morning Herald and the Australian). All they had to do was google any combination of the obvious search terms to see that the government’s claim that now, at last, students could be informed, is false and misleading. The Australian’s higher education supplement did note that the new website would be in competition with the GUGs, but it, in common with every other piece I could find, failed to ask the obvious question: why is the government spending a significant amount of public money doing something that is already being done?

My University and the GUGs use almost exactly the same data sets, and these have been used by the GUGs since their first edition two decades years ago. My University would indeed have been a significant contribution to student decision-making and public information had it been launched in 1990. As it is, it adds nothing of significance to student decision-making not already available to prospective students on exactly the same medium, and it is inferior to the GUG in several important respects. It is harder to understand; it provides no information about jobs and career opportunities associated with each university course; it is not available in hard copy; and it is, in my opinion, less user-friendly and easy to navigate.

It gets worse. This website has so far cost the taxpayer $1.5 million. And the minister promises another $750,000 a year to keep it going. It would be surprising if those figures took account of the cost of public servant time devoted to the task. These are astronomical figures. I have no knowledge of the current budget for the GUGs, but I am certain that it would be just a fraction of the amounts devoted to My University. Even were the government starting this “innovation” from scratch I’m sure they could have contracted the GUG publishers to do the job for very much less. As it is, if the minister were to delegate a staffer to offer Hobsons a fraction of the proposed annual My University budget to adjust the GUG site to government requirements, I would be very surprised if he didn’t have a deal by the end of a phone call.

Perhaps someone has told the minister that there are questions about the integrity or reliability of the GUGs? It is true that they carry advertising, much of it, naturally enough, from universities and other education providers. We began that practice in our second year of publication simply because book sales generated nowhere near enough to cover the cost of publication. It was consumer information with advertising, or no consumer information at all. We fretted about both the reality and the perception of undue influence, but no such claim was every made to us.

To the contrary. The GUGs were launched by two prime ministers, one from each side of politics (Howard and Keating), and by a series of ministers, also from both sides (Crean, Costello, Beazley and Abbott, among others). Keating sat in a corner reading the book, fascinated. Crean told us, sotto voce, that he always used it before going on a campus visit because it was so much more comprehensive and understandable than departmental briefing notes. The GUGs published information about graduate employment and salary prospects, these data provided, year in, year out, by the Graduate Careers Council, extremely jealous of its reputation and of the integrity of its data. A comparative study of evaluative guides in four countries, by noted education commentator Gavin Moodie and others – in a refereed journal – declared the GUGs to be substantially better than any of the others, in every respect. Universities including Queensland University of Technology, Monash, the University of Queensland and Melbourne were happy to accept the University of the Year Award based substantially on the GUG analyses. So far as I can see the GUGs are still using the same data, format, and analysis protocols as were used from the outset.

I am happy to say how much help we had from a number of ministers who told us that they supported the GUGs (on one occasion, with a grant) because they did so much to underpin government policy of encouraging more informed student choice and getting universities to be more responsive to hard evidence about their performance. I am also happy to acknowledge the almost endless and highly professional assistance we had from departmental officers responsible for providing and checking the raw data. It is all the more galling to see that same department required by the government to turn its back on a successful collaboration of twenty years’ standing.

There is one last point to be made. My University is not just a waste of public money. It is an abuse of control over that money. It enters into direct competition with a commercial endeavour without having any commercial constraints of its own. Disgracefully, the GUGs are not even mentioned in the list that comes up from a link to “Other Useful Sites.” It is often said that governments don’t do enough for small businesses. Perhaps more telling is what they do to them. •

Dean Ashenden was Ministerial Consultant to the federal Minister for Education, Senator Susan Ryan, 1983–85, and co-founder (with Sandra Milligan) of the Good Universities Guides and the Good Schools Guides. 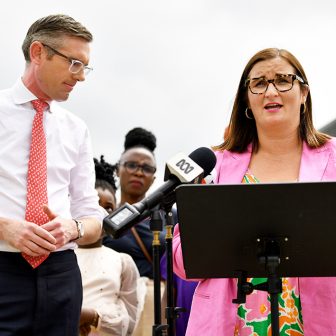 National Affairs Selective schools, a problem that could become a solution Chris Bonnor 7 February 2023 The rising number of selective government schools is harming other students. But could those schools become part of a better solution?