Why the attacks on the WHO are a dangerous diversion

On the evidence, the World Health Organization will come out of this crisis better than its most vocal critics 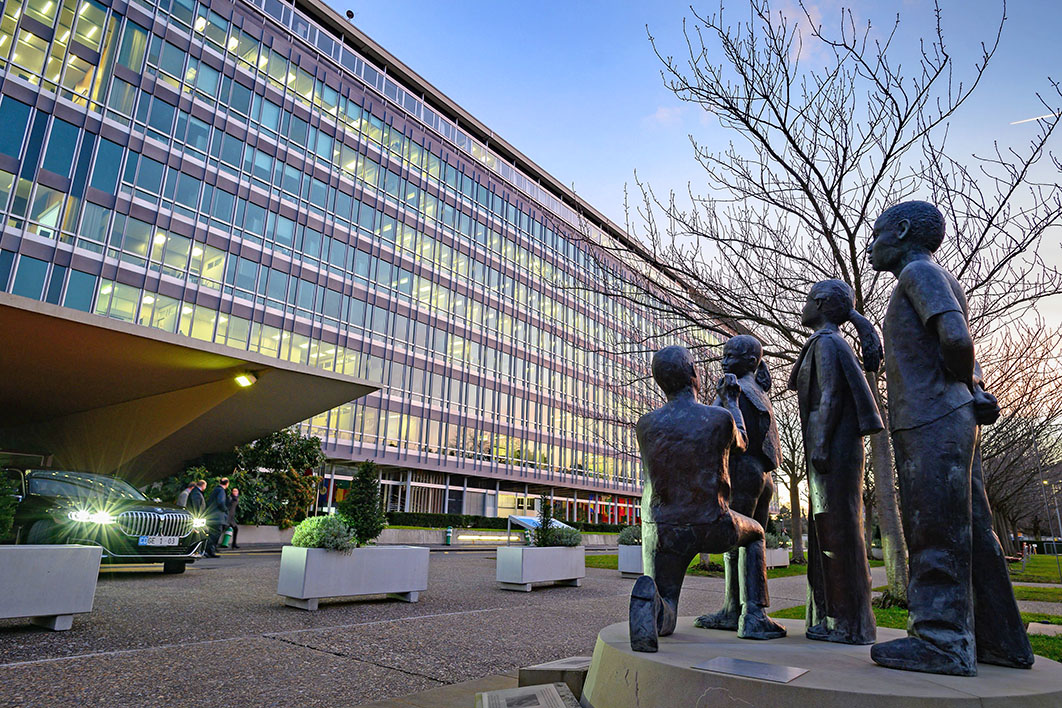 As criticisms of the World Health Organization’s handling of the Covid-19 pandemic gathered pace in recent weeks, one thing was blindingly obvious. This was a massive distraction driven by the twin goals of diverting attention from the incoherent response in the United States and continuing that country’s war on China by other means. Buying in to this one-sided dispute seemed deeply counterproductive, and could only lead to a pointless cycle of recrimination.

But the escalation of Trump’s attacks on the WHO — directly proportional to the intensifying scrutiny of his own inept response to Covid-19 — makes it hard to avoid the topic, especially as Australia might find it challenging to distance itself from the American president’s stance.

Of course, I am not a disinterested observer. I worked for sixteen years for the multilateral organisation UNAIDS, whose dozen co-sponsors within the UN system include the WHO. The UNAIDS office in Geneva shared a building with staff from WHO headquarters across the road. Before joining UNAIDS I advised the WHO on a couple of projects. And I have many friends and colleagues who work for the WHO.

Regardless of my background, though, I think a strong case can be made against the two central allegations: that the WHO is too pro-China and that it was slow to call the pandemic.

The WHO’s earliest responses to the news of a novel coronavirus outbreak in Wuhan were careful to praise the Chinese authorities for their handling of the outbreak. The strategic reasons are simple: if an epidemic of potentially global significance is breaking out, you want the cooperation of the country in which it has emerged. In this case, there was also strong evidence that the Chinese authorities had learnt from SARS and were keen to support global transparency and sharing of information .

Critics point to Taiwan’s exclusion from the WHO at a time when that country’s response to Covid-19 is apparently among the world’s more successful. The WHO wants to pretend Taiwan doesn’t exist, say its critics, and is thus depriving the rest of the world of vital information about effective responses. In reality, the WHO’s position simply reflects the international diplomatic settlement known as the One China policy, which emerged in the early 1970s.

Ever since the UN vote in October 1971 that switched China’s seat at the United Nations from the Republic of China (Taiwan) to the People’s Republic of China, it has been the government in Beijing that has represented China in all UN bodies, not just the WHO, with the acquiescence of all the major powers. That hasn’t stopped Taiwanese journalists using the current crisis to try to trap WHO representatives into publicly conceding Taiwan’s status independent of China.

In reality, the WHO finds ways of working with Taiwan by keeping exchanges of information at the technical level. A global pandemic is not the time to push a reversal of the One China policy, and the irony of the recent debate is that it has made routine technical communication more difficult.

The WHO’s advice on the closing or reopening of “wet markets” has also been adduced as evidence of its pro-China bias. The term itself and its application exclusively to Asia indicates a desire to locate new disease threats in exotic, foreign and bizarre locations. Lurid pictures of snakes being cut up on chopping blocks and mysterious pots of meats darkly stirred are grist to this mill. The Australian politicians who say they are flabbergasted at calls to reopen “wet markets” don’t appear to be outraged by trading continuing at the Sydney Fish Market or Melbourne’s Queen Victoria Market. Unsurprisingly, the WHO has called for produce markets that are the main source of food to be open, with close and careful regulation of markets at which any live animals are sold.

The second charge against the WHO, also wrapped up with attacks on China, is that it acted too slowly. While conspiracists refer to intelligence reports of disease outbreaks in Wuhan as early as November 2019, the verified record suggests that a cluster of viral pneumonia of unknown cause was identified in Wuhan on 21 December 2019, and that Chinese authorities conveyed information about the outbreak to the WHO China office on 31 December. That information was then published on the WHO website on 5 January 2020.

To enforce international cooperation in the face of an epidemic, the WHO uses the International Health Regulations, which allow it to declare a Public Health Emergency of International Concern, or PHEIC. The process of declaring a PHEIC was examined in minute detail by the WHO after the experience of the 2009 H1N1 flu pandemic, when many critics felt the WHO overstepped the mark and caused global alarm about a threat that turned out to be no more serious than a seasonal flu epidemic.

The WHO was therefore determined to marshal unimpeachable evidence in its handling of Covid-19. Its emergency committee met on 22 January to determine whether the outbreak met PHEIC criteria. After a day of deliberation the committee could not agree that it did, and convened for a second day to reconsider. Again, it advised that the criteria were not met, and suggested reconvening in ten days. That proved too long a wait, however, and WHO director-general Tedros Adhanom called the committee together again on 30 January, at which time a PHEIC was declared.

Many were calling for the WHO to describe Covid-19 as a pandemic, which it did on 11 March. But it should be noted that a pandemic declaration has no particular force in international law: “pandemic” is neither defined nor used in the International Health Regulations. The WHO issued a considerable number of pandemic influenza guidances in the context of its response to the 2009 H1N1 outbreak, and these are often taken to be the WHO’s pandemic rules, but their status is no more or less weighty than any other body of WHO technical guidance.

Because of the alarm it causes, the WHO doesn’t use the word pandemic lightly. Its use on 11 March was designed precisely to elevate the level of alarm.

The WHO has also been criticised for a reluctance to urge travel restrictions in response to the Covid-19 outbreak. This too has a long history of controversy, with opinion divided on the efficacy of closing international borders in the face of epidemic outbreaks. In declaring Covid-19 a PHEIC on 30 January, the WHO noted that its emergency committee “does not recommend any travel or trade restriction based on the current information available” but that countries have an obligation under the International Health Regulations to inform the WHO about any travel measures taken, and the public health rationale for them. At the same time, the WHO urged countries to “place particular emphasis on reducing human infection, prevention of secondary transmission and international spread.”

North Korea became the first country to close its borders, on 22 January 2020. Singapore and Vietnam closed down flights to Wuhan and, from 1 February, many countries started ratcheting up their travel advisories and, progressively, their travel restrictions.

The WHO’s reluctance to call for international travel restrictions is longstanding, and in apparent contradiction to its advocacy of social distancing including in the Covid-19 case. Part of the explanation lies in the view that closing borders is a mark of xenophobia rather than epidemic control, and part in the fact that border closures are almost always too late and can breed complacency. As the modelling studies of Covid-19 have shown, only a few “seeds” need to find their way through restrictions for an outbreak to occur.

The view that border closures are often too late is borne out by phylogenetic studies of SARS-CoV-2, which use mutations in the genome to tease out the history of a particular instance of the virus. Here, Nextstrain has proved to be one of the more useful tools developed during this pandemic. Building on thousands of virus genome samples deposited with an international registry, it has traced cases from the outset and mapped the spread. If you want to ponder the potential impact of border closures, pick your preferred date and adjust the time frame accordingly — it will show you how far the spread had already gone.

When Ebola broke out in 2013 in West Africa, the WHO was widely criticised for the inadequacy of its response. It was hamstrung by the unwieldy structure of politically appointed regional directors and country representatives overly subject to the national sensitivities of the countries in which they were based; headquarters was still smarting from criticism of its handling of the 2009 H1N1 pandemic; and the international community was barely raising a finger to support the countries affected. It was only when health personnel from wealthy countries began to be repatriated with Ebola that any attention was paid.

One argument made when Tedros was running for election as the WHO’s director-general was that his country of birth and experience as a foreign minister would help him cut through some of these political issues. And, indeed, one of Tedros’s major early successes was the Ebola response.

All this means that it is deeply unhelpful to try to adjudicate on the quality of the WHO’s response while this epidemic is still gathering steam. The judgements will come later, and my feeling is that they will be positive.

Even as Trump was suspending WHO funding pending review, the crisis in his own country’s testing capacity was pushing the story into the background. No one should wish any more suffering on the American people. Case numbers there will soon approach the million mark, notwithstanding the test shortfalls. With no evidence that fatality rates are lower in the United States than elsewhere — if anything the opposite — the number of deaths will inevitably pass the 100,000 mark. Care, treatment and vaccines are desperately needed.

This is the real issue. Forget the rest. •

Michael Bartos is an Honorary Associate Professor in the Department of Sociology at ANU. He spent seventeen years as a senior United Nations official. 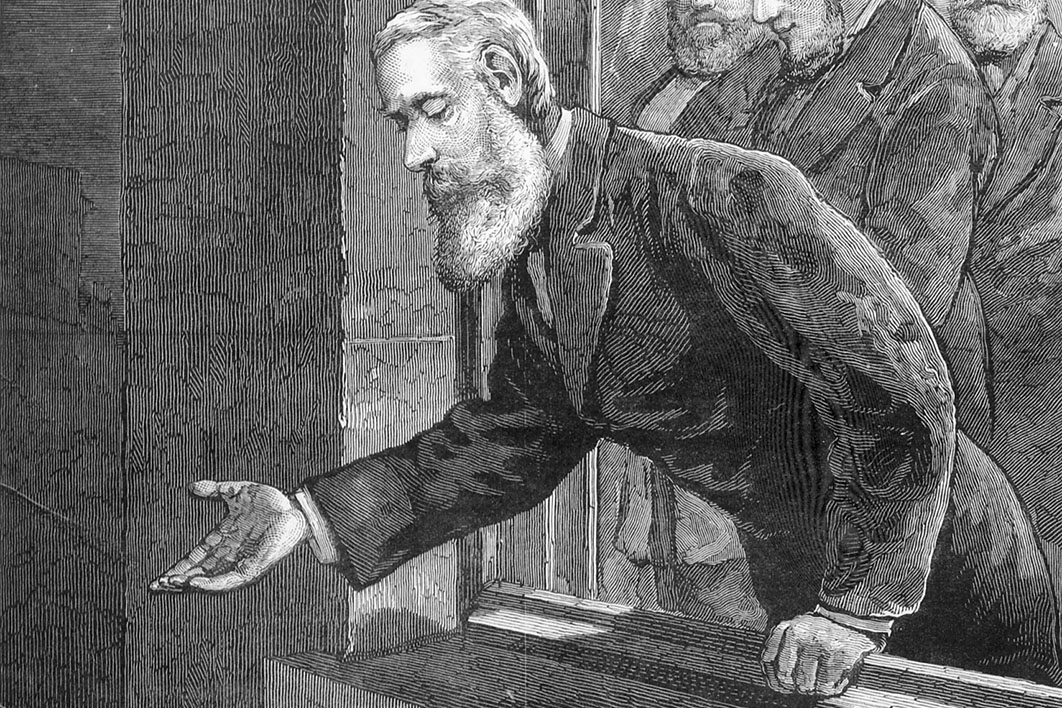