Why the Fairfax board needs media experience

The lack of key skills and experience is having an impact on this important institution, argues board candidate Gerard Noonan 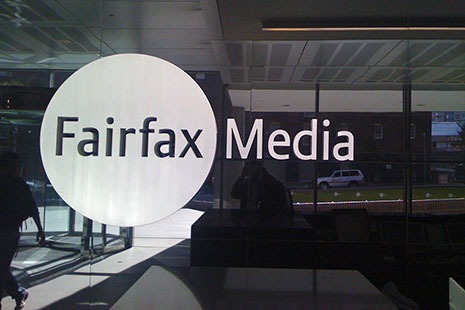 SOME YEARS AGO, when I was editing the Australian Financial Review, the Canadian–British citizen Conrad Black called me into his temporary digs in Fairfax’s old Broadway headquarters for a cosy chat. The would-be media baron was deputy chair of Fairfax and the AFR had just published an unflattering portrait of him and his dealings. Black decided he’d vent his spleen on the editor.

The latter-day Citizen Kane and I had what the diplomats call a full and frank discussion (probably because there were so many “f’s” uttered during it) and agreed to disagree about whether the content and tone of the material was apt for a paper owned by a company, Fairfax, in which his own company held a 15 per cent stake.

Not long after this encounter I was dismissed as editor and moved off for some years into other pursuits. Black also moved off into other pursuits, ultimately to his present accommodation in a Florida prison after being convicted of ripping off funds from a public company he was supposed to be running for all shareholders.

It was a bracing time to be shown the door. There was a recession on, the house was being renovated, the mortgage needed to be paid… It has since, of course, become a sort of badge of honour to have been dumped for publishing things about the unorthodox corporate practices of such a colourful character.

I no longer work at the company, but I’ve spent most of my thirty years in journalism at the AFR and the Sydney Morning Herald, having left the SMH a year ago. Recently, I was so astonished to see the outbreak of petty bickering among senior members of the Fairfax board that I decided I would stand for one of two board vacancies at the 10 November annual general meeting of the company.

Fairfax Media owns three of the most influential newspapers in Australia – the SMH, the AFR and the Melbourne Age. That simple fact makes Fairfax a singularly important entity in the nation’s media world – and also Australia’s cultural, social and political fabric. Because newspapers still play a key role in reporting and analysing what is called news and current affairs, it still matters whether the Fairfax papers, and their linked websites, get it right.

Too important, certainly, to allow the petulance that has been a feature of Fairfax boardroom relations in recent months to chew up valuable thinking time and energy when newspapers, and the way they are funded and operate, are under unprecedented threat. In my view, their survival is at stake over the next five years. This week the New York Times announced 100 editorial layoffs in its newsroom, approximately eight per cent of the paper’s total editorial staff. It’s the second time the venerable institution has cut editorial numbers in the past eighteen months. The US media is doing it hardest – the latest circulation figures show that more than 60 per cent of the twenty-five largest newspapers experienced circulation falls of more than 10 per cent in the past year – but newspapers in other countries aren’t all that far behind in facing the internet music. Fairfax, for instance, has culled editorial numbers at the Sydney Morning Herald four times over the past seven years.

I know enough about corporate law and the way boards work to know that there will be no genuine vacancies on the Fairfax board in November. This is because the board itself – like the boards of virtually all the top 200 companies listed on the Australian Stock Exchange – likes to select its own and maintain a tight-knit club. In this case, the two board members up for re-election were the Fairfax chair, Ron Walker, and the likely chair-in-waiting, Roger Corbett. Whoever chairs the meeting will be able to cast proxy votes on behalf of many smaller shareholders, who give the chair the right to use their votes whichever way he or she chooses. In this way, the chair can normally control the process of assembling the board.

The current row on the Fairfax board is too complex and silly to go into here. Suffice to say that in the past couple of weeks, Walker decided to step down, Corbett was given the nod to be the new chair after the annual general meeting, and the largest single shareholder – John B. Fairfax – reluctantly agreed to the compromise after the various parties had aired their tantrums in public. News Ltd newspapers loved the spat.

With Corbett re-nominating and Ron Walker no longer standing that leaves only one spot vacant. But the board decided to make a point of telling shareholders in the notice of meeting that it recommended against the election of any of the three other candidates who have nominated – myself and the experienced Melbourne journalists Stephen Mayne (who is also a prominent shareholder activist) and Steve Harris (a former Age editor and experienced publisher).

The experience of all three nominees quickly became an issue for a simple reason: one of the striking things about the Fairfax board is that none of its members has any editorial experience. Yet it was prepared to tell its shareholders that, although it recognises there is a yawning gap in its skill set, it is so obsessed with protecting its own clubhouse that it will recommend against any newcomers.

For the past twenty years, there has not been one person with an editorial background, and few with any media company experience, accepted into the Fairfax club. I don’t argue it is the only skill needed on a board – wisdom and commonsense rank high, in my view – but the governing body of a company that “sells” high-quality editorial as its primary product should surely nurture and promote such skills at the highest level, as part of the mix of personnel on the board.

Journalists, photographers, artists and creative web denizens may be maddeningly difficult to deal with, and an unruly lot to manage and lead, but they’re what make a media company tick. In the current turmoil facing media companies around the world, such experience is vital if the company is not to stray even further towards the rocks which are lying in wait for newspaper-oriented companies trying to adapt to a digital, paper-less, ethereal information environment.

Even Conrad Black was a sometime columnist and a prolific, if florid, writer. (His autobiography, penned before he went to jail, was entitled A Life in Progress and while doing time he’s written a controversial biography of disgraced US President Richard Nixon.)

If by chance I became a board member, my primary aim would be to enhance shareholder value in the company and seek to bring much-needed corporate governance discipline to the Fairfax board and its warring factions, while bringing an intimate knowledge of what goes into the creation of the high-end journalism on which the company’s reputation is based.

Unlike what Conrad Black thought, I’m not simply a campaigning journalist out to get scalps. Even an experienced journalist like me can look, and even be, respectable. I’m the chair of the industry super fund Media Super, which had $6 million in funds when I first joined as chair eighteen years ago. We’ve negotiated three mergers and now look after $2.5 billion in members’ retirement assets. As I’ve said elsewhere, to achieve that has needed tact, negotiating skills, business acumen and toughness of purpose. At Media Super, I have been delighted to see so many board members who’ve put aside petty squabbles and differences in approach and brought common sense to the board table.

So how likely is it that the door to the clubhouse can be prised open? With a block of votes (J.B. Fairfax’s 9.5 per cent and perhaps another few per cent from other board members) already committed to a vote against all three external candidates, any outsider will need to counteract that weight somehow. A candidate gets up if they can poll more votes in their favour than against at the annual general meeting. It’s certainly possible, but it needs considerable effort as most shareholders don’t exercise their right to vote.

I’m an optimist and a realist: optimist enough to be determined to encourage management to harness the vast pool of talent within Fairfax Media to navigate the changing media environment ahead; realist enough to know that unless the company gets it right in short-order time, it will founder.

Last week, the managing director of the ABC, Mark Scott (who, just two years ago, was the editorial director of Fairfax’s newspaper and magazine division), used the A.N. Smith lecture to take Rupert Murdoch to task, offering a critique of Murdoch for his inconsistency in dealing with new media. Scott offered some sobering warnings from recent (and ancient) history about how easily major organisations have simply slipped from sight when they have failed to appreciate the nature of the changes going on around them. Predictably, Murdoch and his lieutenants responded in what I thought was a puny, if characteristically caustic, defence.

This is a vitally important debate, because the ABC is one of the key players in the new media landscape and Fairfax (just as much as News Ltd) needs to deal with the national broadcaster as an agile, well-resourced, thoughtful and de-facto competitor.

But where was Fairfax, or its chairman, or its senior management, in this debate? Regrettably pretty well silent, presumably still licking their wounds over the recent board squabbling.

That can’t remain the state of affairs any longer. Fairfax matters too much to be a sideline player in the great transformations that are taking place in the media. •

Gerard Noonan is chair of the venture capital committee of the federal government–established independent statutory body Innovation Australia. He also chairs the Media Super fund. He can be contacted by email.