Why the ratchet mechanism is (almost) everything in Paris

Without a credible mechanism for intensifying climate action over time, the Paris agreement will do nothing to bridge the chasm between what is possible now and what is needed in the future, writes Fergus Green 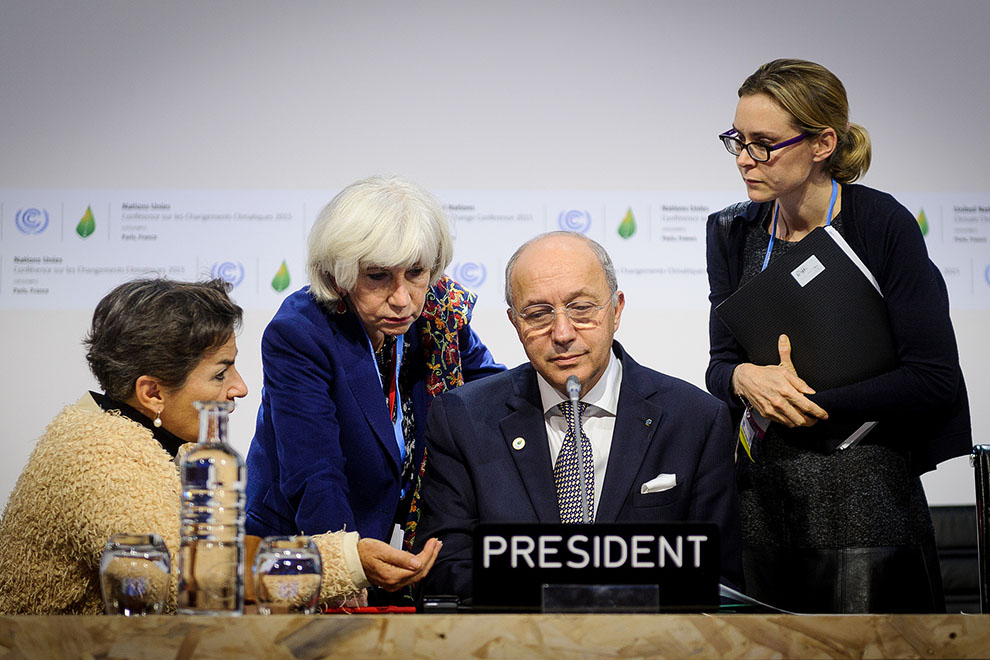 A tense moment earlier this week at a meeting of the Paris Committee, which is guiding the draft climate agreement through its final stages. Arnaud Bouissou/MEDDE/SG COP21

People often ask me what I think a successful Paris climate agreement would entail. I’ve said there are a handful of key elements, each tough but possible to get global agreement on, without which it would be difficult to credibly claim success. While I still think all the elements in that handful are important, after the first week of tortuous negotiations in which many now seem unattainable in a desirable form, one stands out as crucial. This is a framework for reviewing collective progress and ratcheting up countries’ individual targets and policy commitments every five years, and the next occasion to do so should be 2020 at the latest.

To see why this matters, we need to understand a crucial shift in the approach to global climate cooperation that has occurred since the Copenhagen conference in 2009.

Previously, many negotiators and observers perceived climate change cooperation to be based on two complementary false premises: that negotiations under the UN Framework Convention on Climate Change, or UNFCCC, were the most causally important factor determining the global emission trajectory; and that climate action was a “one shot game” that had to be “solved,” once and for all, by up-front agreement. Accordingly, many saw the required “solution” as a comprehensive treaty that would establish binding obligations for countries to cut emissions, which would collectively “add up” to a globally sufficient effort to tackle climate change.

After that approach failed repeatedly for fifteen years – most spectacularly in Copenhagen – many of the mainstream players finally realised that very little of what actually drives and blocks climate action has to do with the outcomes of UNFCCC negotiations. Those involved came to understand that climate cooperation is a process of “repeat play”; a series of sequential iterations. The “solution” is to pursue a “dynamic” regime, such that the gap between the long-term goal and the short- and medium-term actions and targets countries pledge can be bridged through a successive ratcheting up of the latter.

Without a credible review and ratchet mechanism in the Paris agreement, there will be nothing to bridge the chasm between what is possible now and what is needed in the future. As ministers were arriving for the “high-level segment” of the negotiations, this mechanism emerged as a key political issue to be negotiated. Some complain that such a mechanism is a cop-out and won’t be strong enough to force countries to raise their ambitions. Others worry that a ratchet mechanism will lock them into ever more ambitious future commitments, which they fear will become too costly to meet.

Both concerns are unustified and miss the point. The reason a ratchet mechanism will work is that raising ambitions gets easier over time, as new low/zero-carbon technologies and business models emerge, as the costs of these decline over time, as the non-climate benefits of action increase, and as new institutions and political alliances emerge. Indeed, these dynamics reinforce one another. We have seen this occur with solar PV modules, where plummeting costs and exponentially growing uptake have generated new investments, jobs, consumer and community identities, and rising forces of political power. Only a dynamic framework can capture the increased political ambition that is enabled by such dynamic processes.

Countries therefore don’t have to worry that raising ambitions over time will become excessively costly and burdensome. Quite the opposite, in fact, as it is likely to get ever more attractive and beneficial. And this is also the reason why we don’t have to worry about the ratchet mechanism not “forcing” other countries to act. Countries will increasingly come to see cutting emissions as in their national interest, irrespective of what other countries do.

One might wonder, then, what value the UN process adds to all this. What the UN regime can do is establish non-binding norms that shape expectations of appropriate behaviour – in this case, ratcheting up over time – and provide a political focal point whereby advocates of action can apply domestic and pressure for greater ambitions. The regime can also aggregate and track information relevant to the process (hence the “review” associated with the ratchet) and provide a useful forum for coordination among diverse actors.

The result is that a new climate framework with a review and ratchet mechanism could contribute, marginally but meaningfully, to the other positive dynamics – innovation, relative prices, institution building, and shifting domestic political interests and identities – that drive emissions reductions.

It is not surprising, given that nearly 200 countries wield veto power, that the UN climate regime has long been well behind the leading edge of climate action. It has sputtered along regardless. Agreeing to a credible review and ratchet mechanism in Paris would be a valuable step towards enhancing its relevance. Without it, irrelevance will be virtually guaranteed. •

Australian lawyer Fergus Green is a climate policy consultant and researcher at the London School of Economics and Political Science. This article first appeared in the Lowy Institute’s Interpreter.