Why we need music 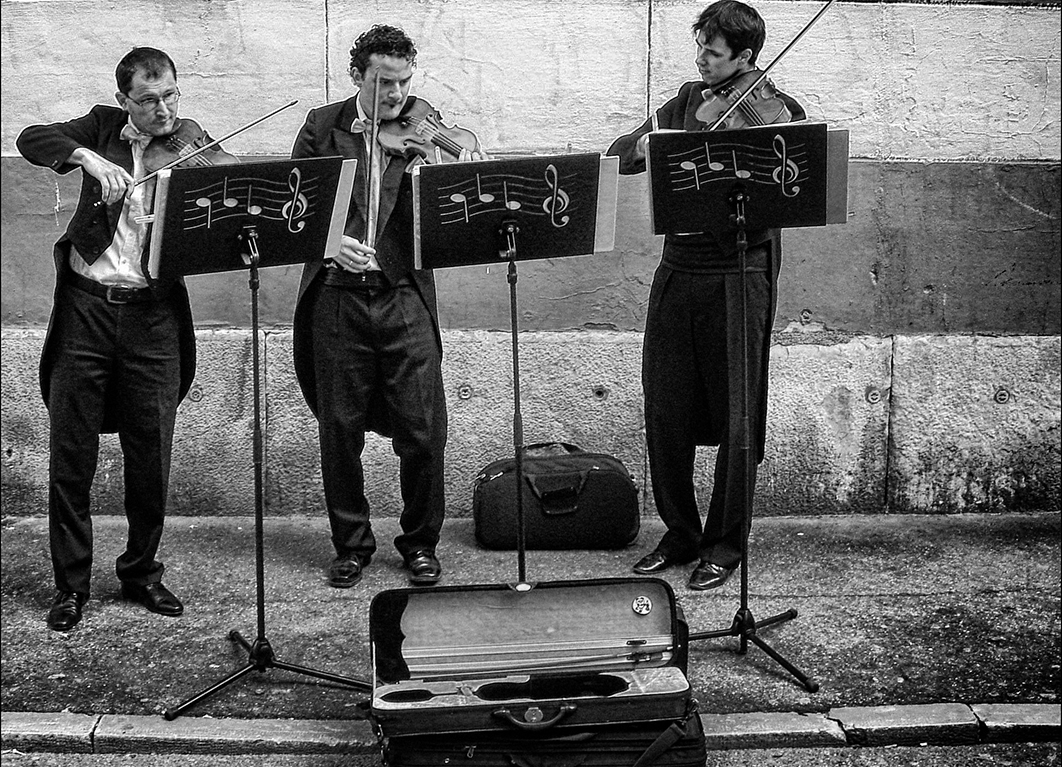 Today’s managers are always wanting to “outsource” things. They talk about savings and partnerships and choice, while really they are trying to rid themselves of responsibility. If something has been outsourced, it is not the manager’s fault when it fails. In seeking to find “efficiencies,” whether in a hospital or a music school, the managers must recruit collaborators from within. You can spot these people fairly easily in music. They are the ones who refer cheerfully to the “music business” – even the “music industry” – and who speak of “outcomes.” Real musicians don’t talk like that, though sometimes, when trying to communicate with managers, they do edit themselves.

The trouble is that most managers have experience only of management, the bulk of our politicians have spent their whole lives in politics, and too many of our economists can do little more than count. When musicians talk to these people, then, we bang on about how music makes children smarter, how it generates jobs and how it boosts the economy. Now I dare say all these things are true, but we speak in such terms principally because we think we may be heard. The most important reason for the proper funding of music and music education lies elsewhere and is harder to convey.

The arts in general are how we explain ourselves to each other and to future generations. Music is a unique and fundamental element of this, because being non-verbal, non-pictorial and, to all intents and purposes, non-representational, it is the most abstract of our arts. This is its chief glory. But when it comes to people who like to weigh and measure things, and talk about efficiencies and outcomes, it is also a weakness.

Because it is not possible to translate music into words (we can only, like Samuel Beckett, try to “fail better” in this regard), it follows that it is hard to say what music is for. Even the Harvard linguist Steven Pinker doesn’t seem to get it: he listens to music and experiences “auditory cheesecake.” Taken at this level, music will seem trivial, a soundtrack we can turn up or ignore at will, giving it the thumbs up or thumbs down according to how it makes us feel.

Well music is more than that. Some of history’s greatest minds have expressed themselves sonically. Hildegard of Bingen and J.S. Bach, Haydn and Mozart, Beethoven and Wagner, Bartók and Thelonious Monk: these people didn’t just serve up pleasing sounds for our amusement, they thought in music and thought deeply. When we listen to their work, we are plugging in to a form of philosophical discourse. Indeed, “plugging in” is arguably too passive a phrase, because if we are really listening to music we are participating in it. The music is being made in our imaginations.

In order to understand music, we must be able to think musically, and this is a talent that most of us can acquire at some level. With physics, you won’t get on with the advanced stuff if you have failed to understand the basics, but with music you can jump in anywhere. If you find the water too chilly, you can always get out and try again later – or try somewhere else. Eventually you are likely to find something that holds your attention and this, in turn, will lead you to another piece of music and another. Most people get this far.

The next step is to find yourself listening to music you don’t like or understand, reasoning that with a little persistence on your part the piece in question will begin to reveal its secrets. Surprisingly often, it does. If you’ve come this far, you are, I believe, a musical person, even a musician of sorts, engaging with music at quite a profound level, participating in musical thinking.

The next level involves playing and singing, improvising and composing. Indeed in many of the world’s more musically advanced cultures – I’m thinking particularly of Africa – this comes first. Making up our own music and performing it is how we truly engage with our musical traditions and how we preserve and critique and nurture them. These traditions are fundamental, and this is why music must be a basic part of the national curriculum, why we need properly funded music schools that put music – not the “music business” – at the centre of their activities, and why the arts are not an optional extra for governments in the good times.

Music is one of those things that defines our humanity. Indeed, it defines the best of us. In one or more of its various forms, music is present in most of our lives and, at some level, essential to our cultures. You might say that music is society’s soul. So it is the job of managers, politicians and economists to ensure its health. If these people can’t do their jobs, of course they should be replaced. •

Composer Andrew Ford is presenter of The Music Show on ABC Radio National.

One way to lose an election

Was it the economics or the politics of John Hewson’s Fightback! strategy that failed, asks Norman Abjorensen 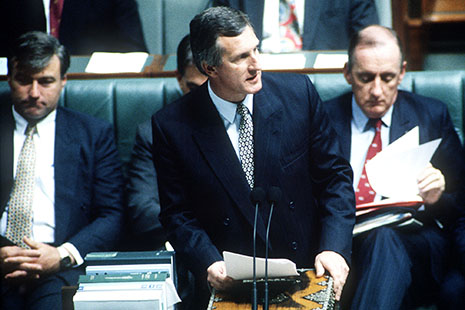