Will Australia turn its back on Indonesia? 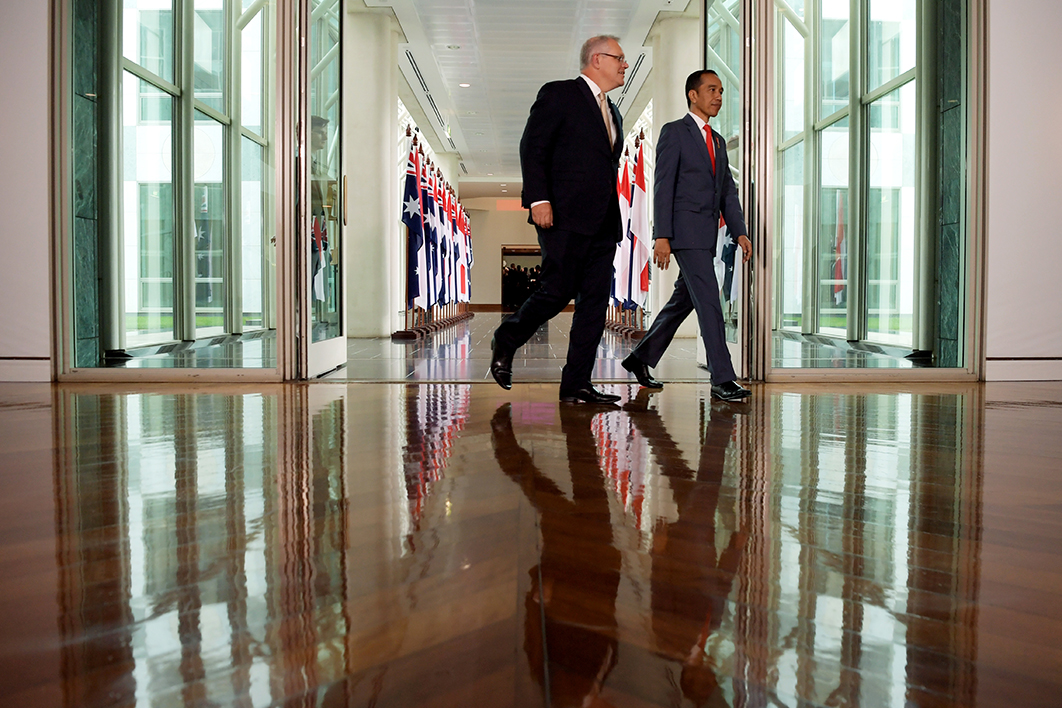 “Indonesia’s success is our success,” prime minister Scott Morrison declared just eighteen months ago. Whether this was a platitude or a genuine statement will be revealed in the next few weeks. Through no fault of its own, Indonesia is facing its most significant economic challenge since the Asian financial crisis, and there is a costless way Australia could help one of our closest friends and neighbours. Will it?

The prime minister is correct: Indonesia’s success is indeed Australia’s success. Two-way trade between Australia and Indonesia is almost $12 billion a year. Each year, Indonesians pour almost $7 billion into Australia’s universities, mining companies and agricultural sector, and maintain another $1 billion worth of investment in Australia. It cuts both ways. Australian households and businesses have more than $10 billion invested in Indonesia. Australia’s prosperity and Indonesia’s have grown together.

The Indonesian story has been an amazing one. If it keeps doing well, it is on track to become the fourth-largest economy in the world by 2050. Since trade and investment are more about geography than anything else, the benefits to Australia from Indonesia’s rise will be massive. But if Indonesia does badly, the huge financial, economic and security costs will reverberate back onto Australia and around Asia.

Which way will it go? Australia will help decide. The Australian government will soon need to make a choice about whether or not it helps Indonesia. Emerging markets have seen the largest capital outflows in history during the Covid-19 pandemic — larger than those experienced during the global financial crisis — and Indonesia is at the front line in Asia. Indonesia’s exchange rate crashed almost 20 per cent from January to early April as investors fled its economy. Its international debt, more than US$410 billion, is denominated in foreign currencies, meaning that as its exchange rate falls the size of the debt increases. To make matters worse, the income it normally uses to finance these debts has evaporated as global trade, tourism, and oil and commodity prices have collapsed. Around US$44 billion of foreign-denominated debt needs to be refinanced in the next twelve months alone.

None of this is Indonesia’s fault. Indonesia has spent more than two decades substantially strengthening its economy and financial system. Its reliance on short-term foreign-denominated debt has fallen steadily in real terms. But it remains stuck in the catch-22 situation in which all developing countries find themselves: they need to borrow internationally to finance economic development, but borrowing internationally makes them more exposed to financial risks. Economies can hedge against these financial risks, but that costs money. Every dollar spent hedging is a dollar that isn’t spent alleviating poverty. The trade-off between poverty alleviation and financial stability is real, and brutal.

What can Australia do to help? Some might argue that Indonesia should fend for itself. After all, it isn’t helpless. Very wisely, it has spent the last few decades accumulating US$125 billion in foreign-exchange reserves to use for a rainy day. It can use its stock of US Treasury bonds to borrow US dollars thanks to a new facility provided by the New York Federal Reserve.

But these resources are finite, and the markets know it. They will buy Indonesia time, but not much else. Unless the underlying dynamics change, and there’s little prospect of that in the short run, Indonesia will remain in a vicious cycle that will only get worse. While it burns through its foreign-exchange reserves to allow its government and companies to service their foreign debts, its foreign income will remain blocked for as long as Covid-19 keeps tourists, buyers and investors at bay. A weak healthcare system means the impact of the virus will be particularly nasty, hurting Indonesian citizens and keeping investors and tourists away for even longer.

Indonesia needs a circuit-breaker, and Australia can provide one at virtually no cost. The Reserve Bank of Australia has what’s called a bilateral currency swap line with Bank Indonesia, Indonesia’s central bank. This allows Bank Indonesia to swap rupiah for Australian dollars at an agreed rate. The arrangement works like this: Bank Indonesia gets Australian dollars, which it can then use to pay its foreign debts, and Australia gets rupiah, which it holds as collateral until Indonesia repays the Australian dollars in the future. This stops a crisis in its tracks. It sends a crystal-clear signal to markets that Indonesia can access foreign currencies as needed and can thus keep repaying and refinancing its debts. It stops investors from creating a self-fulfilling prophecy — an Indonesian default — by withdrawing their money, which would push down the exchange rate, increase borrowing costs and bring on the very default they feared in the first place.

The existing swap line has two limitations. First, the Reserve Bank has said that it would not be open to Indonesia in a crisis. It would only be available in a situation where companies and banks were unable to exchange currencies for some other reason. The second problem is that, even if the swap line were available during a crisis, it’s too small. At $10 billion, it is less than a quarter of Indonesia’s foreign debt owed in the next twelve months, and less than 3 per cent of its total foreign debt.

With the backing of Treasury and parliament as necessary, the Reserve Bank should change its policy and make it clear that this swap line is available during a crisis. It should then double it. What’s the risk to Australia? In any realistic scenario, there is none. The absolute worst-case scenario is that the Indonesian economy and financial system completely collapse, and its currency loses all value. If this happened, the Reserve Bank would be temporarily stuck with worthless rupiah and would have temporarily lost the money it provided through the swap. This scenario is incredibly improbable. If the Indonesian economy were to collapse, Australia would have much bigger problems to contend with, and the last thing anyone would care about is a writedown on the Reserve Bank’s balance sheet. And even if it did occur, it would simply mean that Australia would be repaid later than expected once the Indonesian economy recovered.

The much more likely scenario is that this swap line sends a vital signal of reassurance to markets, helping to stabilise the Indonesian financial system, and never needs to be used. This is the historical experience: the swap line goes unused and Australia looks like a helpful neighbour. Either way the cost is zero. It’s rare to be able to strengthen bilateral relationships at zero cost.

Indonesia is in a bind and it needs help. Indonesia’s finance minister and central bank governor are already asking other countries for help, and soon they will ask Australia, if they haven’t already. If Australia were a true friend, they wouldn’t need to ask. •

Adam Triggs is Director of Research at the Asian Bureau of Economic Research at ANU and a non-resident fellow in the Global Economy and Development program at the Brookings Institution.

If the High Court is right about the evidence on timing, what went wrong during the prosecution and hearings? 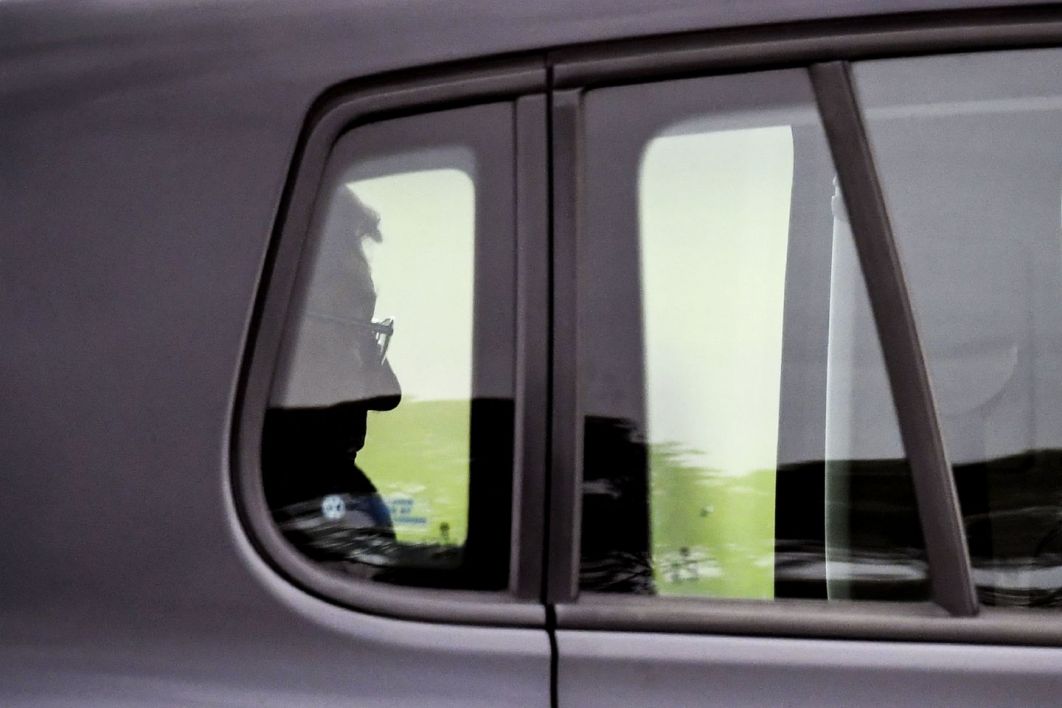