Will the world population be in decline within fifty years? 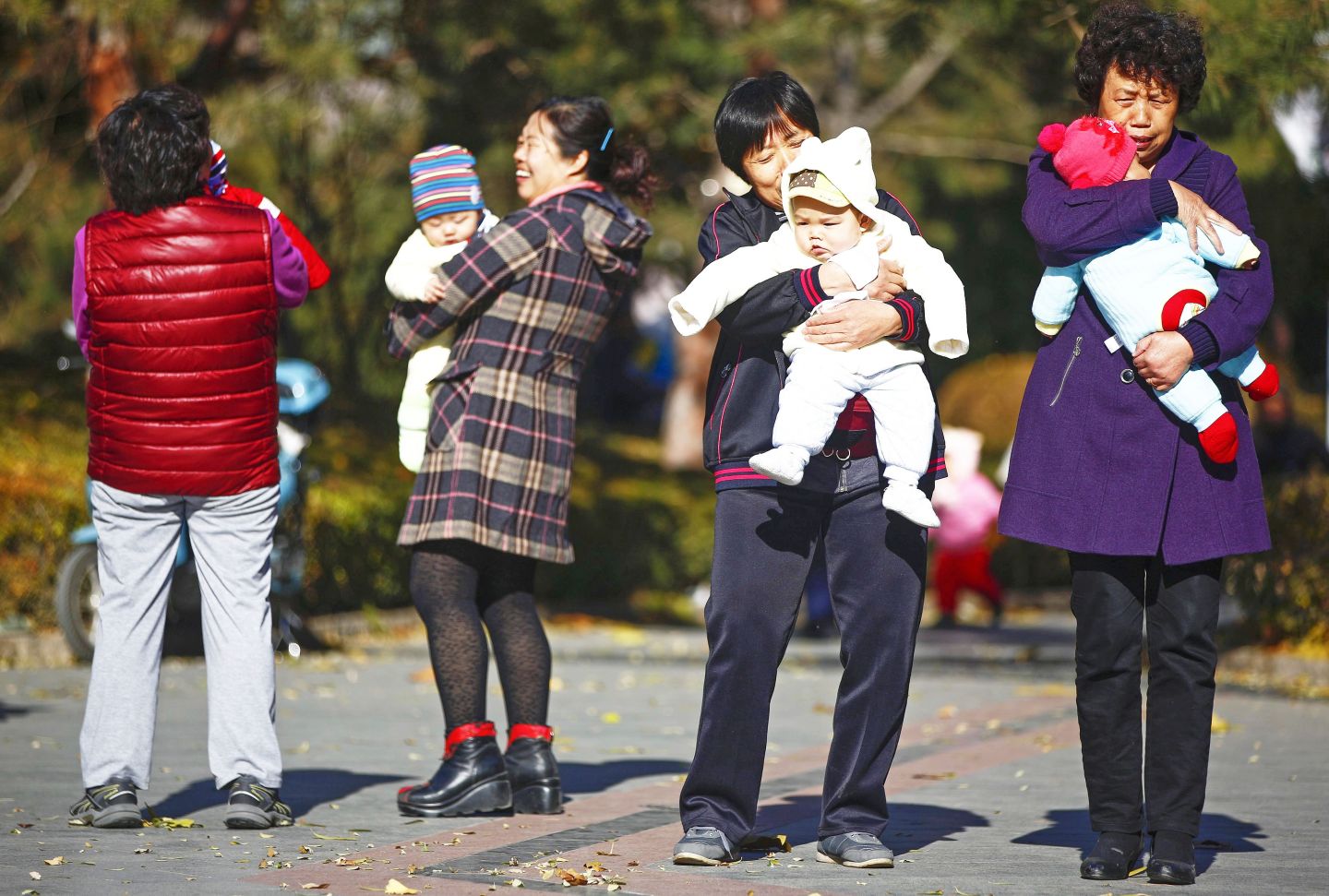 Amid the blanket coverage of the Covid-19 pandemic, the UN’s latest world population projections have attracted very little attention. Yet they tell a story of a world in which population growth is slowing more quickly than the organisation had anticipated.

By 2100, the United Nations believes, the world’s population — now around eight billion — will be just under 10.9 billion. That’s 300 million fewer people than it forecast in 2017. And even that reduction assumes the decline in fertility in recent decades will slow markedly over the next fifty years. The UN’s revision of its population projections largely reflects a continuing decline in the “global fertility rate” — the number of live births per woman across the world. As one recent UN report notes, the global rate declined from 3.2 per woman in 1990 to 2.5 in 2019, with Sub-Saharan Africa, the region with the highest fertility levels, recording a fall from 6.3 births per woman in 1990 to 4.6 in 2019. Fertility in Northern Africa and Western Asia was down from 4.4 to 2.9, in Central and Southern Asia from 4.3 to 2.4, in East and Southeast Asia from 2.5 to 1.8, and in Latin America and the Caribbean from 3.3 to 2.0.

The UN’s median population projection assumes global fertility will continue to decline to below replacement levels (or just under 2.1 babies per woman) from 2065 onwards. That adds up to a reduction of between 0.4 and 0.5 babies per woman over a period of forty-five years.

What’s striking about that figure is that it is a much slower rate of decline than the decline of 0.7 babies per woman since 1990. If the global fertility rate were to continue falling at the same rate as the past twenty-nine years, it would be well below replacement rate by 2040. After that, the point at which global population starts to decline would depend on age structure.

In other words, the UN is assuming the decline in the global fertility rate will slow down very significantly, and that fertility will actually rise in the world’s major economic and military powers. It’s important to remember, too, that these figures were finalised before the onset of the virus-induced recession. The case of India illustrates the UN’s assumptions. Its fertility rate has declined from 5.6 babies per woman in 1970 to around 2.24, a fall of almost 3.4 babies per woman. The UN assumes that India’s figure will decline to below the replacement rate by 2030, but much more slowly than over the past fifty years. It assumes a similar trend in Indonesia, Bangladesh, Iran, Turkey, Vietnam, Mexico and to a lesser degree Pakistan.

Of the world’s most populous countries, the UN assumes only Nigeria and the Democratic Republic of Congo will remain at or above replacement levels for all of the twenty-first century. It expects the fertility rate in Ethiopia to remain high until 2050 but to then fall to below replacement levels. Given their relatively young populations, these countries are projected to see continued strong population growth for the rest of the century.

On the other hand, the UN has assumed that the fertility rates in the world’s five main economic and/or military powers (the United States, China, Russia, Japan and Germany) will rise for the rest of the century. That assumption is probably the result of extensive discussions between UN staff and officials in those countries. The question is why those five governments, and hence the UN, expect that rise.

Let’s start with the United States, where the fertility rate has declined in each of the past four years. The 2018 figure of 1.73 babies per woman was the lowest on record for that country, and already substantially below the UN’s estimate of 1.78 for the period 2015–20. The UN doesn’t explain in its latest report why it expects the US fertility rate to rise steadily for the rest of the century.

The United States’s relatively high rate of immigration, projected forwards, means that its population is expected to rise to over 433 million by 2100, an increase of 31 per cent on the 331 million it recorded in 2019. From 1995 to 2000, net migration to the United Sates was a high 0.65 per cent annually, but by 2015–20 that figure had declined to 0.29 per cent. The lower rate is assumed to continue for the rest of the century, and remains a major contributor to the projected increase in the US population. Immigration policy changes being pursued by the Trump administration would of course reduce numbers.

Then there’s China, whose fertility rate the UN assumes will also rise steadily for the rest of the century. In 2019, China recorded its lowest number of births since 1961, when it had a very much smaller population. Birth numbers there have now fallen for three years in a row, and some academics argue that China’s actual fertility rate is much lower than official reports.

Even using official statistics and the rising-fertility assumption adopted by the UN, China’s population is projected to peak in the early 2030s and then continuously fall by around 375 million by the end of the century, a 26 per cent decline.

Partly this reflects an assumed net migration rate of –0.02 per cent per year falling to –0.03 per cent. This effectively assumes that China never joins most developed economies in attracting more people than leave — a highly dubious assumption.

Russia’s fertility rate, meanwhile, hit a low of 1.25 babies per woman in 2000. It has subsequently been rising and was estimated by the UN at 1.82 for the period 2015–20. The UN assumes this gradual rise in fertility will continue, which may be plausible if the official Russian statistics on fertility since 2000 are accurate.

Despite the assumed increase in fertility, though, Russia’s population is projected to decline by 14 per cent, from 146 million in 2020 to 126 million, by the end of the century. This reflects Russia’s older population as well as an assumed fall in net migration to that country.

Japan’s population is projected to fall from 126 million in 2020 to an astonishing seventy-five million by the end of the century. That represents a 40 per cent reduction in population and relies on the fertility rate rising — yes, rising — from 1.37 babies per woman in 2015–20 to a highly improbable 1.67 babies per woman by the end of the century. Extraordinarily, Japan’s population could decline by much more than 40 per cent by 2100 if its fertility rate remains around current levels, mainly because of its already very aged population.

The UN projections also assume that the increase in net migration to Japan in recent years, rising from a net negative rate in the period 1995–2000 to 0.06 per cent per year in 2015–20, will continue for the rest of the century. Given recent immigration policy changes in Japan, that would seem more plausible than the assumed increase in fertility.

Germany’s population is projected to decline from eighty-four million in 2020 to seventy-five million in 2100, a reduction of around 11 per cent. This relies on fertility rising from 1.59 babies per woman to 1.74 — otherwise the decline would be even more significant.

The major economic powers are no doubt concerned about low fertility accelerating the ageing of their populations, with the economic and budgetary consequences that entails.

Globally, 703 million people were aged sixty-five or over in 2019. The UN projects this to rise to 1.55 billion by 2050. The percentage of people in that age group has grown from 6 per cent worldwide in 1990 to 9 per cent in 2019, and is projected to increase to 16 per cent in 2050. These percentages are obviously much higher for developed nations than developing nations, which have higher fertility rates and lower life expectancy.

The number of people aged eighty and over is growing even faster, with the UN projecting this cohort to triple in size to 426 million by 2050.

Even with an assumed (and highly unlikely) increase in fertility rates, the portion of the population aged sixty-five-plus and eighty-plus is projected to rise very significantly in the world’s major economic and/or military powers. The UN’s next revision of world population prospects, due in 2021, is likely to take account of the impact of the pandemic. Only a very small acceleration of the decline in global fertility rates is needed for the trend in the UN’s recent figures to record negative growth in the latter years of this century rather than the currently projected positive growth. If global fertility rates were to decline at the same rate as the past twenty-nine years, the global population would be sharply in decline well before the end of this century.

There’s one other big population question. If the major powers are unable to increase fertility rates as assumed, will they turn to immigration to slow their rate of ageing?

37 per cent of the 111 responding governments reported having policies to raise levels of immigration through regular channels, while 26 per cent reported policies to maintain current levels. Only 3 per cent had policies to lower their current immigration levels, while 34 per cent had either no policy or no data on such measures… Sixty-eight per cent of the 111 responding governments viewed irregular migration to their country as a major concern; another 25 per cent viewed it as a minor concern; nearly 5 per cent had no information; while nearly 3 per cent did not consider irregular migration to be a matter of concern.

The UN also notes that some 34 per cent of the nations that provided it with information said they have immigration policies to help tackle population ageing. Forty-eight per cent of European and North American nations reported having such policies, but no East or Southeast Asian nations, despite their more rapidly ageing populations.

While the Chinese government, like the Japanese, Russian and German governments, will be reluctant to talk openly about an active immigration policy out of fear of a xenophobic backlash, China won’t sit back and allow its population to age and decline as projected. Indications already suggest it will try to attract back the children, grandchildren and great-grandchildren of its diaspora.

If it’s successful in doing so, what would be the consequences for nations like Australia, where that diaspora currently lives? •

Abul Rizvi was a senior official in the Department of Immigration from the early 1990s to 2007 when he left as Deputy Secretary. He is currently doing a PhD on Australia’s immigration policies.

Like the epidemic itself, the policing of Spanish flu controls fell unevenly on the population 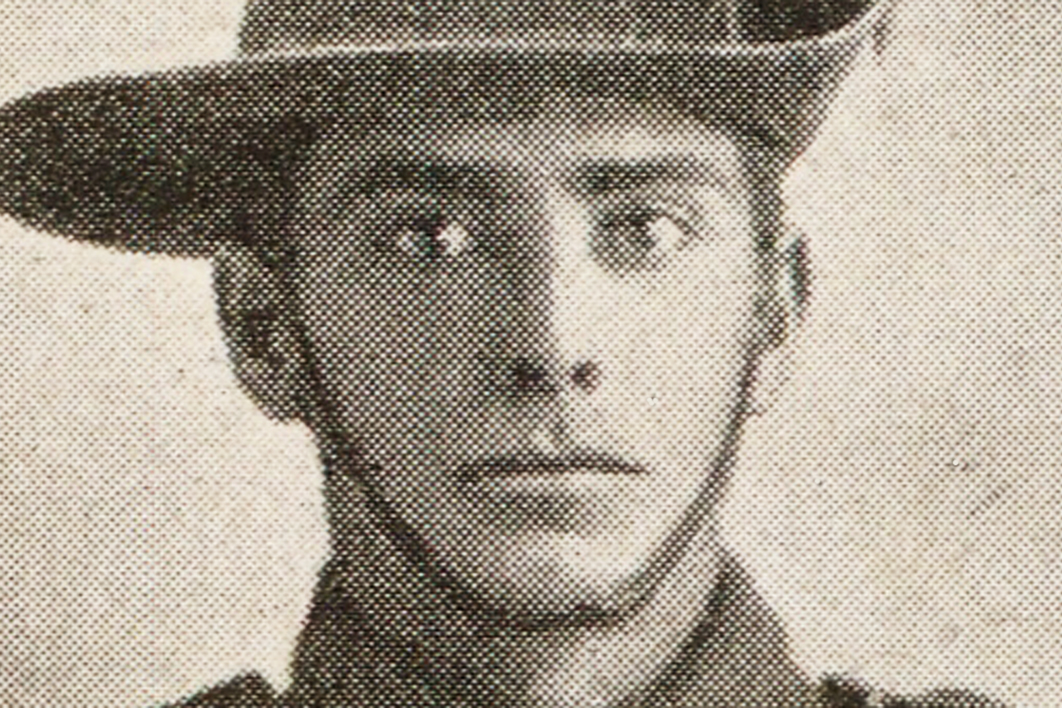