With royalty at Riven Rock

Harry and Meghan’s new home comes with a history of American aristocrats, primate research and the quest for the contraceptive pill 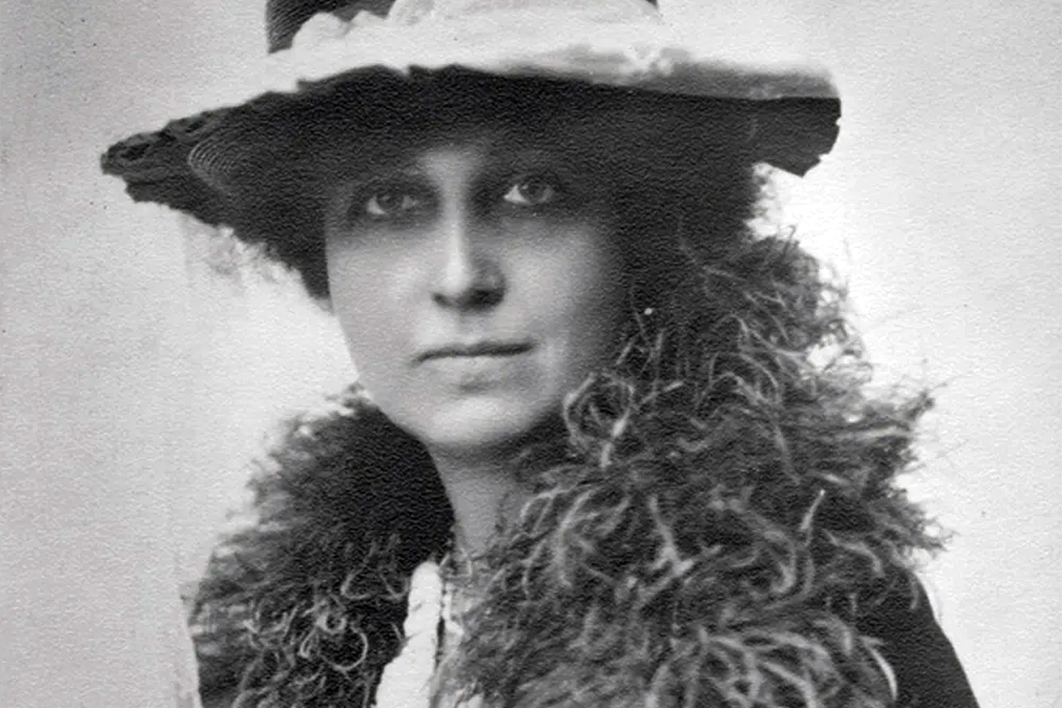 I am not much of a royalty watcher, but I admit I was curious to see where Harry and Meghan had decided to settle in the United States. I wasn’t surprised to hear late last week that they had chosen Santa Barbara, an enchanting coastal town north of Los Angeles that I happen to know very well. I visited many times while researching my biography of the Australian actress Judith Anderson, who lived there from 1950 until her death in 1992. In fact, Anderson spent her final years in Montecito, the wealthy area where the royals have purchased their future home.

What surprised me, though, was that Harry and Meghan have bought the Chateau of Riven Rock. The words Riven Rock took me back to another life I had written about, that of feminist anthropologist Elsie Clews Parsons, and to the heartbreaking story of one of her closest friends, Katharine Dexter McCormick.

The better-informed of the journalists reporting the royal purchase may tell you that the Chateau of Riven Rock was built on part of the estate purchased by the wealthy McCormick family in the 1890s, and that it was home to Katharine’s invalid husband, Stanley Robert McCormick, from 1908 until his death in 1947. Behind those stark facts is Katharine’s extraordinary story.

Katharine Dexter was born in 1875 in Dexter, Michigan, to prominent lawyer Wirt Dexter and his wife Josephine. Her father died when she was fourteen, and Katharine, her mother and her brother Sam moved to Boston. There, Katharine studied at the Massachusetts Institute of Technology and Sam attended Harvard.

Holidaying in Newport in 1893, the family met Elsie Clews, the daughter of a wealthy New York banker. Elsie, who had just completed her freshman year at Barnard College, began a love affair with Sam that ended tragically with his sudden death the following year. Katharine and Elsie’s shared loss deepened their friendship, and the two rebellious young women encouraged each other in their scholarly ambitions — Elsie to undertake a PhD in education at Columbia University and Katharine to complete her undergraduate science degree at MIT.

Instead of attending medical school as she had planned, though, Katharine married Stanley Robert McCormick, the youngest son of Cyrus McCormick of International Harvester fame. Two years later, in 1906, Stanley was hospitalised with what we now call schizophrenia. In 1908, still a danger to himself and others, he was installed at the McCormick’s eighty-seven-acre Riven Rock estate.

Stanley and his carers shared the large, two-storey Mission Revival–style house. Over the years a golf course and a theatre were added, a large art collection was established, and a music director appointed.

In addition to physical and cultural comfort, Katharine was determined that Stanley would have the best of medical attention, and that everything should be done to try to find a cure for his affliction. In Boston, he had come under the care of a young resident physician, Gilbert Van Tassel Hamilton, who was adding the new subject of psychology to his medical degree. Hamilton had resigned from his hospital position to become Stanley’s personal physician, and he moved with him to Riven Rock. At the time, it was increasingly believed that studying the behaviour of primates would help in understanding human psychology. In the hope that this research would help find a cure for Stanley’s problems, Katharine encouraged Hamilton to establish a primate laboratory at Riven Rock. The work of the laboratory, with its ten monkeys and one orangutan, is described by researcher Robert M. Yerkes in his 1916 book, The Mental Life of Monkeys and Apes. On the basis of his experience at Riven Rock, Yerkes established his own research station, the Anthropoid Breeding and Experiment Station, in Orange Park, Florida, fourteen years later. By then he was professor of psychobiology at Yale University.

It is difficult to get a clear idea of Stanley’s condition, but it manifested itself as an aggressive fear of sexuality and of women. Katharine was not allowed to go near him; until she bought her own home there in the early 1940s, she stayed in a hotel when she visited Santa Barbara. The laboratory’s primate studies focused on the sex lives of primates.

Hamilton published only one paper, “A Study of Sexual Tendencies in Monkeys and Baboons,” which appeared in the Journal of Animal Behavior in 1914. His work apparently shed little light on Stanley’s condition, and nor did it indicate any clear direction for a cure. He left Riven Rock under a cloud in 1917. In 1929, as director of psychobiological research at the Bureau of Social Hygiene in New York, he published the pioneering book, A Research in Marriage.

During these traumatic years Katharine was also throwing her energies into the feminist movement. After she met birth control activist Margaret Sanger in 1917, she began the work that would lead to probably the most important contribution to women’s freedom in the twentieth century. During the 1920s she helped smuggle diaphragms from Europe for Sanger’s Clinical Research Bureau in New York. When her mother died in 1937, she inherited an estate of more than US$10 million; ten years later, Stanley’s death added another $35 million to her fortune. Much of this she put into birth control research.

In 1953 Katharine met Gregory Goodwin Pincus, who was developing a hormonal birth control method at his research laboratory, the Worcester Foundation for Experimental Biology. She began to fund the foundation, initially at $100,000 a year but increasing to between $150,000 and $180,000 annually until her death in 1967. In all, she provided $2 million (around $20 million today) of her own money for the development of the oral contraceptive pill. Even after the pill was approved for contraception in 1960, she continued to fund research on ways of improving birth control research.

From the time she bought her home at 1600 Santa Barbara Street, in the heart of the small city, Katharine was an avid supporter of the city’s art institutions. She was a founding member of the Santa Barbara Museum of Art, of which she was vice-president with fellow philanthropist and art collector Wright S. Ludington. Serving on the buildings committee, she was responsible for hiring renowned Chicago architect David Adler to convert the city’s old post office into the museum.

Katharine died in Boston, aged ninety-two, on 28 December 1967. She left her home to the museum, which used it to house the Ridley-Tree Education Center, where art classes for children and adults are held. Before her death she had donated funds to build Stanley McCormick Hall, a residential facility for female students at MIT that would make women a visible presence among students of science and engineering. Among many other legacies, she bequeathed $5 million to the Stanford University School of Medicine to support female physicians.

The original Riven Rock estate has since been broken up into smaller but still substantial blocks, of which Meghan and Harry’s Chateau of Riven Rock is one. The couple’s new neighbours will probably tell them that they can read a fictionalised version of the story of Katharine and Stanley in Riven Rock, a novel by local celebrity author T.C. Boyle; that they can see a cinematic version in The Romancing and Reaping of Riven Rock, a documentary funded by a group of Montecito residents; and that they can learn about some of the happier times in Katharine’s life, including a love affair, in my biography of her friend, Elsie Clews Parsons. But they will probably be happy simply enjoying one of the most beautiful views in the world. The rest of us can take a tour of the Chateau on YouTube. • 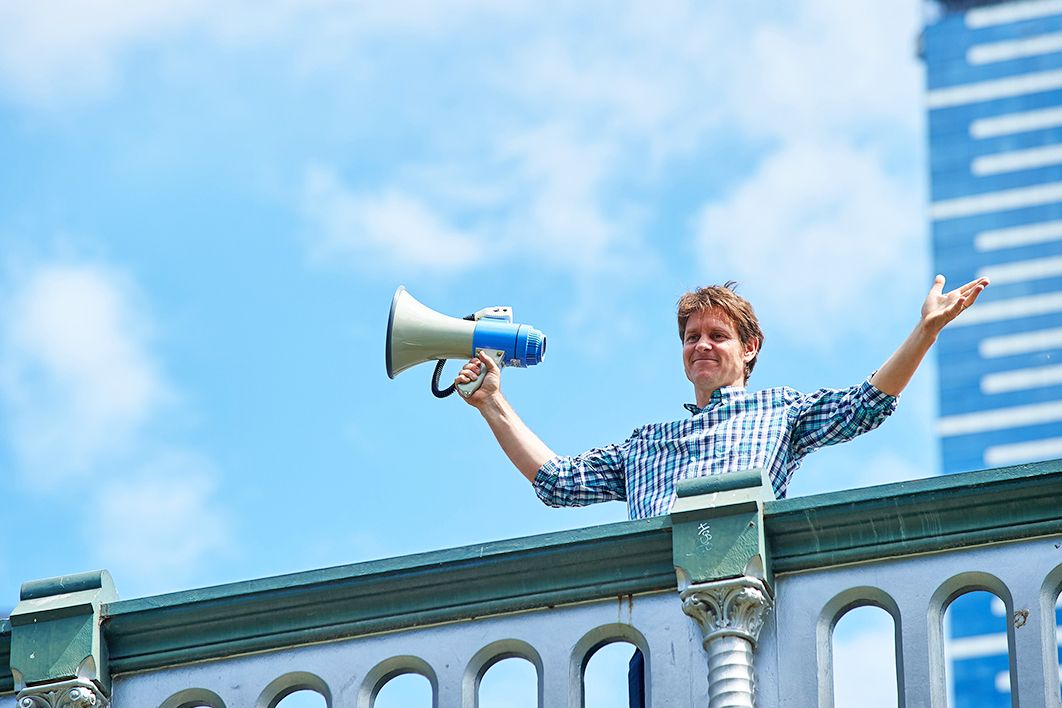