Does Jane Austen teach us how to live? 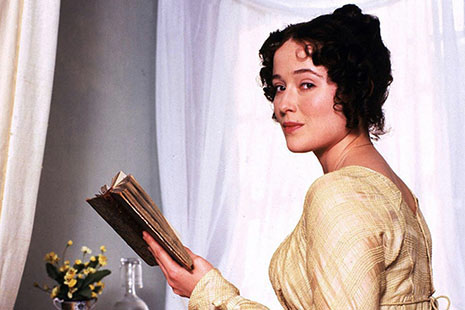 Witty, intelligent and strong-willed: Jennifer Ehle as Elizabeth Bennet in the BBC’s 1995 production of Pride and Prejudice.

No literary classics have a greater claim to “Englishness” than the novels of Jane Austen. Set among the gentry of the southern counties during the Regency period, Austen’s six novels depict the minutiae of daily life as she herself observed and experienced it, in the Hampshire villages of Steventon, where for more than half her life her father was the rector, and Chawton, where she lived with her widowed mother and sister Cassandra for the last nine years of her life. It was a narrower existence than that of the Brontë sisters a generation later. They left home – a Yorkshire rectory – to work as governesses or schoolteachers; Charlotte even ventured abroad, to teach in Belgium. Jane Austen’s years in Bath, where the Austen family moved after her father retired, and Southampton, where she and her mother and Cassandra lived for a time after his death, expanded her horizons but not the focus of her attention.

In September 1814, in the midst of writing Emma in the parlour at Chawton, she offered this insouciant advice to her niece Anna: “3 or 4 Families in a Country Village is the very thing to work on.” In another light-hearted letter written the same year, to her brother Edward, she likened herself to an inept portrait miniaturist: “the little bit (two inches wide) of ivory on which I work with so fine a brush, as produces little effect after much labour.”

That Austen, with her witty self-deprecation, is – like her novels – so very “English” is a clue to her continuing popularity in England, but what about the United States, where Jane Austen is a multimillion dollar industry, giving employment to academics, actors, film-makers and writers? Rachel M. Brownstein’s platitudinous answer to this question concludes her new book, Why Jane Austen?:

Jane Austen is the focal point of nostalgia… not only for Heritage England… but also for a world that seemed more comprehensible and coherent, and for the novel itself in its youth and vigour, the novel endowed (as it appears in retrospect) with an integrity, innocence, health and prosperity, a hopefulness and seriousness of purpose, that has been or is being lost.

Brownstein and William Deresiewicz, author of A Jane Austen Education: How Six Novels Taught Me about Love, Friendship, and the Things that Really Matter, are among the latest American writers to capitalise on the popularity of Jane Austen in the United States. Their claim on our attention, however – that their subject is Jane Austen – is a ruse to buttonhole us about themselves. Both write with the breezy informality of the blog.

So we learn that throughout her long academic career, Professor Brownstein has been teaching courses on Austen’s novels and keeping abreast of what she calls “Jane-o-mania” in all its manifestations. Part memoir, part “biographical criticism,” part catalogue, her book characterises Jane Austen as a teacher whose books impart lessons about life: “In Pride and Prejudice, Elizabeth had learned to put thinking above feeling, and so did I, by reading about her.” Brownstein’s free-flowing prose, studded with rhetorical questions (like her title) and digressions, brings to mind the garrulous Miss Bates of Emma. She tells us that she tells her students “about the coteries of so-called Janeites, a term coined by the English literary critic George Saintsbury, and the gallant gentlemen Virginia Woolf wrote about who felt about criticism of their darling as they would feel about an insult to one of their aunts (these were gay guys, they guess).”

William Deresiewicz’s book is a chatty memoir about the self-transformation wrought by reading Jane Austen. The banalities Deresiewicz learned from each of her six novels are summed up on the back cover:

Emma: Pay attention to the everyday things; Pride and Prejudice: You aren’t born perfect; Northanger Abbey: Stay awake: don’t take things for granted; Mansfield Park: Being entertained is not the same thing as being happy; Persuasion: Be honest with your friends; Sense and Sensibility: Love is about growing up, not staying young.

The idea of reading Jane Austen to learn lessons about life is totally repugnant to me. Equally repugnant are memoirs about lessons learned from reading her. I read Jane Austen for pleasure, for the instant delight of, say, the opening of Persuasion: “Sir Walter Elliot, of Kellynch Hall, in Somersetshire, was a man who, for his own amusement, never took up any book but the Baronetage; there he found occupation for an idle hour, and consolation in a distressed one…”

The poised irony of this character sketch, the rhythm of the sentence with its paradoxical tone – Jane Austen’s style – makes me laugh out loud. Vladimir Nabokov, in his 1950s Cornell lecture on Mansfield Park (published in Lectures on Literature, 1980) ends by reflecting upon Jane Austen’s style, and particularly what he calls “the epigrammatic intonation, a certain terse rhythm in the witty expression of a slightly paradoxical thought. The tone of voice is terse and tender, dry and yet musical, pithy but limpid and light.”

That style is what gives endless pleasure to readers of her novels, not the “life lessons” touted by Brownstein and Deresiewicz. Austen’s style is what is lacking in film or TV adaptations of her novels, however faithful they are to the dialogue and the plot. So in the 2008 BBC version of Persuasion, Sir Walter is portrayed as a vain snob, just as Jane Austen declares him to be, but not as foolishly comic, which her irony renders him. Underpinning the style is her command of language, the acuity of her observations, her finely nuanced moral sensibility and her natural wit.

All six of her novels are about love and marriage among the county gentry. To find “lessons” in them is to lose sight of them as comedies of manners, in which bad behaviour keeps breaking out. If the comedy arises from human folly, the drama, the excitement, the plot itself springs from bad behaviour, incivility, and its consequences. In Mansfield Park, it is the bad behaviour of the two Bertram sisters; in Pride and Prejudice, the bad behaviour of the two youngest Bennet sisters – as well as that of the young men they flirt with – that animates the plot. Austen’s most engaging heroines, Emma Woodhouse and Elizabeth Bennet, in addition to being witty, intelligent and spirited, are at crucial moments breathtakingly badly behaved. Emma wounds Miss Bates, behaves cattily to Miss Fairfax, and, in her arrogance, almost ruins her protégé Harriet. Elizabeth bluntly tells her suitor Mr Collins: “You could not make me happy, and I am convinced that I am the last woman in the world who would make you so…”; she replies insolently to Lady Catherine de Bourgh’s rude questions about her upbringing; and when Darcy, proposing to her, refers to her social “inferiority” as a “degradation,” she rounds upon him: deploring his manners, accusing him of dividing his friend Bingley from her sister Jane, of ruining Wickham’s life, and declaring him to be “the last man in the world whom I could ever be prevailed upon to marry.”

Even docile Fanny Price, in Mansfield Park, dares to defy her uncle, Sir Thomas Bertram, to whom she is totally beholden. In the face of his anger, she refuses to marry Henry Crawford, and has to bear his lengthy condemnation and the consequences: “Self-willed, obstinate, selfish and ungrateful. He thought her all this. She had deceived his expectations; she had lost his good opinion. What was to become of her?”

Elizabeth Bennet even believes it was her bad behaviour that caused Darcy to fall in love with her. When Darcy cannot recall exactly what set him off, Lizzie jogs his memory:

“My beauty you had early withstood, and as for my manners – my behaviour to you was at least always bordering on the uncivil, and I never spoke to you without rather wishing to give you pain than not. Now be sincere; did you admire me for my impertinence?”

“For the liveliness of your mind, I did.”

“You may as well call it impertinence at once. It was very little less. The fact is, that you were sick of civility, of deference, of officious attention. You were disgusted with the women who were always speaking and looking, and thinking of your approbation alone. I roused, and interested you, because I was so unlike them. Had you not been really amiable you would have hated me for it; but in spite of the pains you took to disguise yourself, your feelings were always noble and just; and in your heart, you thoroughly despised the persons who so assiduously courted you. There – I have saved you the trouble of accounting for it; and really, all things considered, I begin to think it perfectly reasonable. To be sure, you knew no actual good of me – but nobody thinks of that when they fall in love.”

“Was there no good in your affectionate behaviour to Jane, while she was ill at Netherfield?”

“Dearest Jane! Who could have done less for her? But make a virtue of it by all means. My good qualities are under your protection, and you are to exaggerate them as much as possible; and, in return, it belongs to me to find occasions for teasing and quarrelling with you as often as may be…”

“Style like this,” writes Nabokov, “is not Austen’s invention, nor is it even an English invention: I suspect it really comes from French literature where it is profusely represented in the eighteenth and early nineteenth centuries. Austen did not read French but got the epigrammatic rhythm from the pert, precise, and polished kind of style which was the fashion. Nevertheless, she handles it to perfection.” •

Jill Kitson (1939–2013) had a long and distinguished career as a writer, editor, literary journalist, book reviewer and broadcaster.

In the war zone 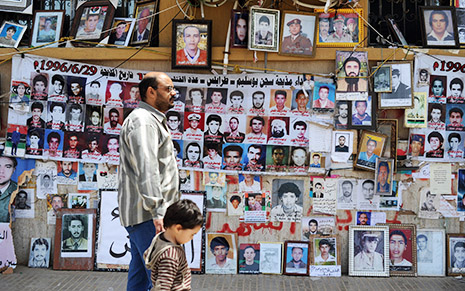