Books | Are wealthy foundations, backed by tax breaks, wielding too much power? 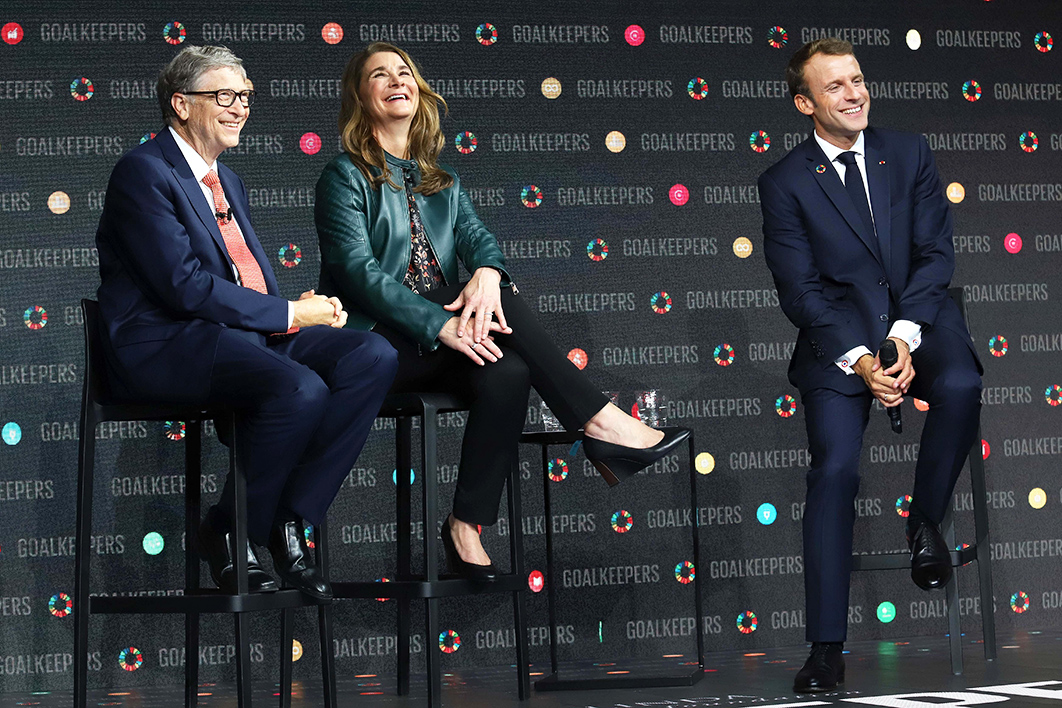 Just Giving: Why Philanthropy Is Failing Democracy and How It Can Do Better
By Rob Reich | Princeton University Press | $53.99 | 256 pages

Rob Reich is an author who argues with himself in public.

In Just Giving, this political scientist questions the role of philanthropy, and particularly of large foundations, in a democracy. In just five chapters Reich talks himself into thinking differently about his opening proposition: that unaccountable charities play a disproportionate role in deciding which citizens, and which social problems, deserve support.

The book begins with lived reality. Though the word charity suggests alms and support for the most disadvantaged, a majority of American philanthropy goes to religion. This is not just personal giving: the tax system provides an effective public subsidy for any activity classified as charitable.

Reich argues that the preferences of the very rich shape the overall flow of philanthropic benefits. Strikingly, his data show that the “higher up the income ladder, the less likely donors are to direct their giving to the poor” (emphasis in the original).

A case study of donations to public schools confirms — not surprisingly — that parents support the schools where their children study. Some jurisdictions redistribute this money across the school system, but many allow advantage to accumulate in a few fortunate institutions. To those who have everything, more will be given.

Philanthropy, Reich concludes, is shaped by political rules even when it is presented as essentially private and outside the concerns of the state. It raises questions of equity and justice in a liberal democratic state, and so evokes debates shaped by the political philosopher John Rawls and his theory of justice. But as he pursues this philosophical thread, Reich’s thinking shifts. For if distributive justice is the aim then philanthropy might, after all, provide opportunities that elude governments.

Earlier generations made the same journey. Reich records initial hostility towards private foundations in nineteenth-century Britain and twentieth-century America. When John D. Rockefeller asked Congress to create a foundation to distribute his fortune in 1909, he was opposed by the president and most law-makers. Politicians feared a large perpetual trust would be a “menace to the welfare of society” and a threat to democracy, Reich writes. Rebuffed, Rockefeller established his foundation in New York instead, where it remains on Fifth Avenue.

Over time, the work of the Rockefeller Foundation and other similar organisations — the Carnegie Corporation endowing libraries across America, for instance, and the Harkness Fellowships supporting medical research — encouraged a change of view. America is now home to more than 100,000 foundations with combined assets of US$800 billion. Yet the suspicion remains that foundations can become too powerful if they hoard. A change to regulations in 1969 requires foundations to spend at least 5 per cent of their assets every year (though this can include the administrative costs).

Reich sets out the traditional critique of foundations. They are private and unaccountable because they operate neither in the public sphere nor according to the discipline of a market. They may embody the dead hand of an original donor, seeking to direct funds when future generations have different needs. Foundations can become bureaucratic and complacent because grantees have no interest in honest feedback or criticism, only in the next grant.

Against these potential drawbacks, Reich finds some advantages. Here he draws on a fundamental Rawlsian value, the value of diversity. For philanthropy can do work the state cannot. Foundations can fund programs that fail without facing criticism. They can challenge conventional wisdom about social problems, demonstrating new policy possibilities. Foundations can be voices for social change, supporting controversial projects over many years because they are not subject to shareholder expectations. If the purposes of the foundation respond to changing generational interests, then philanthropy enriches not just those touched by its work, but the wider society.

So Reich moves from scepticism to seeing foundations as a way to build social capital. When citizens share community work, they build democracy. Numerous community associations are supported by philanthropy, and that provides, at least in part, a rationale for tax-deductible status. Charity offers the thousand points of light celebrated by an American president seeking a metaphor for the principle of pluralism.

By the time he reaches his conclusion, Reich is more comfortable with foundations, and even with tax laws that subsidise charity work without discriminating between funds directed to the needy and those to what might be considered vanity projects. He sees merit in the intergenerational transfer of wealth through charities. With clear missions and committed leadership, foundations can complement public policy with safe experimentation and innovation, and can provide continuity amid the “short-termism and presentism of the democratic process.”

This is quite a shift in a short book, and arguably surrenders too much ground. Reich doesn’t hide his thought process. Rather he sets out the critique, and his own sympathies, before exploring the arguments from a Rawlsian perspective. It is a refreshing approach, if sometimes repetitive. Tone can change between chapters. Those analysing American practice are consistently fascinating, and the data compelling, while other chapters are principally contributions to a political theory of philanthropy. Here the coverage is necessarily selective — a nod to classical Athens and thinkers such as Turgot and Mill is followed by an intriguing discussion of the origins of foundations in Islamic religious practice. A final chapter on distributional equity of interest may appeal to a more specialist audience.

Reich acknowledges his focus is almost exclusively on the United States but suggests, plausibly, that American practice strongly influences arrangements elsewhere. There are some significant differences, of course. An estate tax in America provides incentives for the wealthy to create foundations rather than pay death duties at the top marginal tax rate. Even so, the organisation of philanthropy, and its treatment by public policy, is similar in Australia. Only the scale is different — with US$42.3 billion, the Bill and Melinda Gates Foundation can deal with problems such as HIV/AIDS or malaria on a global scale, something beyond the aspiration of more modest local institutions.

Just Giving closes by noting two significant recent developments in the sector. Many Americans now contract out their philanthropy, making tax-deductible donations to “donor advised funds,” funding organisations run by professional managers around stated social objectives. If the DAF sector continues to grow so quickly, organisations such as the Fidelity Charitable Gift Fund will become behemoths in the not-for-profit sector.

Second, some billionaires have grown impatient with traditional philanthropy. While Jeff Bezos from Amazon recently announced a US$2 billion fund to help homeless families and encourage education programs in underserved communities, others are abandoning foundations in favour of the for-profit limited liability company. Mark Zuckerberg and wife Priscilla Chan have created the Chan Zuckerberg Initiative, promising to commit “99 per cent of their wealth to advance human potential.”

This is charity Silicon Valley–style, with no public disclosure of spending. Instead, as Reich writes, these companies are free to “engage in charitable grant making, invest in start-up companies, and direct their funds towards political advocacy and electioneering.” With politics once again deciding what counts as giving, we might anticipate a new argument about the rules of engagement.

Launching his book at Stanford University in November, Professor Reich reiterated the ambivalence that runs through Just Giving. He is concerned about self-serving giving charities and the equity of tax breaks. He worries about the unelected power of foundations, yet acknowledges they are “a great source of risk-taking for creative problem-solving.”

Here is an author wrestling with a little-examined phenomenon in contemporary democracy. It is an important contribution, a welcome reflection on the public morality of the not-for-profit sector. As Reich argues with his own assumptions, so readers are invited to test the premises and draw their own conclusions. •

Glyn Davis is Distinguished Professor of Political Science at the Australian National University and, from early 2019, chief executive officer of the Paul Ramsay Foundation.

Gonski called time on Australia’s “industrial” model of “mass education.” But does the diagnosis — and the prescription — reflect classroom reality?

“We have an answer”: Peter Hutton, shown here in 2016 with students Lulu Roberston and Justin Vitale, when he was principal of Templestowe College in Melbourne. David Geraghty/Newspix 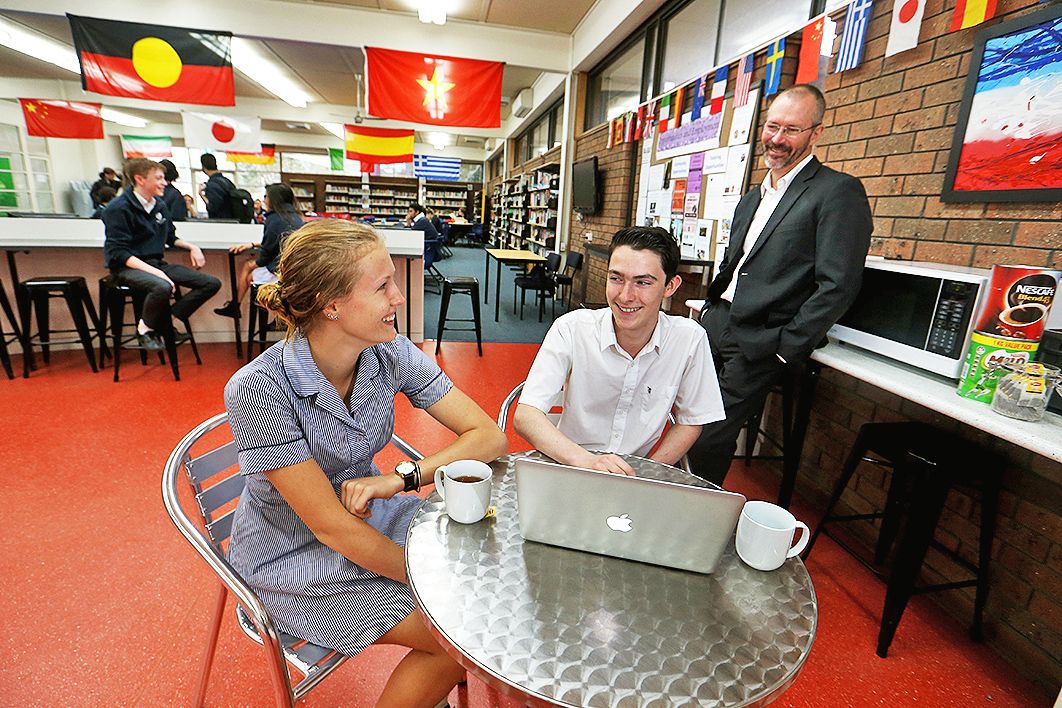 “We have an answer”: Peter Hutton, shown here in 2016 with students Lulu Roberston and Justin Vitale, when he was principal of Templestowe College in Melbourne. David Geraghty/Newspix