The turmoil will continue, writes Geoffrey Barker, and meanwhile the small “l” liberals are missing in action 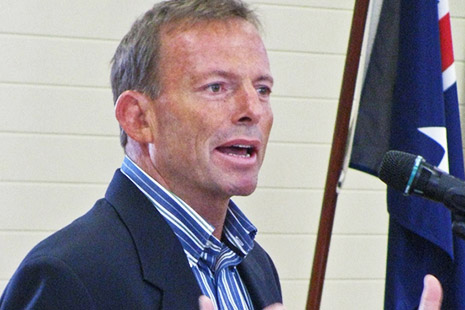 TURMOIL, division and instability seem certain to intensify inside the federal parliamentary Liberal Party following Tony Abbott’s one-vote victory over Malcolm Turnbull in the ballot for the party leadership. If anything, the vote deepens and widens a crippling internal split that has become a struggle for the soul of non-Labor politics.

The divided Liberals now face the prospect of not only a catastrophic defeat and years in opposition if Kevin Rudd is tempted to move to an early double dissolution election, but also the potential emergence of a new disaffected centre-right splinter party outside the Liberal–National coalition.

The outcome was not inevitable. It might have been averted if John Howard had been prepared to make way for Liberal renewal before his election defeat, and if Peter Costello had decided to take over as opposition leader and put in perhaps years of hard and thankless work. It might also have been averted if the party had not been captured by fundamentalists whose conservative convictions seem to have trumped the liberal capacity for compromise.

Neither Howard nor Costello was capable of acting in the broader interests of the party. Howard stayed until he was rejected even in his own electorate of Bennelong and Costello eventually chose a more attractive and lucrative option that he doubtless felt he was owed. Liberal MPs have little to thank them for now, although it is doubtful that they would accept this reality. Nor do they have much to thank Turnbull for: he was right about the climate change issue, but gravely mishandled the party politics.

Abbott’s one-vote victory after Joe Hockey was eliminated in an initial ballot was no victory at all: it merely confirmed how deeply the party’s conservative and liberal forces are divided, and not only on climate change. By giving Abbott the slimmest of victories, the Liberals have guaranteed that instability and infighting will continue. Turnbull, it seems safe to say, will not retire meekly to backbench oblivion.

By leaving Julie Bishop in place as Abbott’s deputy the Liberals have denied the new leader the benefit of a formidable senior colleague. Indeed the Liberal frontbenchers most likely to benefit from the change of leader include some of the less impressive former Howard government ministers. Meanwhile, Hockey seems certain to maintain a watching brief for another tilt at the Liberal leadership once Abbott is exposed as untenable. And Turnbull will want revenge.

Abbott is not by nature a healer; he is a warrior, a conviction politician who holds fundamentalist views on sensitive and divisive social policies and in areas including climate change. He will reward the conservative climate change sceptics who supported his bid to oust Turnbull and he will punish the liberals who agonised over a compromise with Labor over the emissions trading scheme.

As a big C conservative and a Howard favorite, Abbott’s rise will ensure that the party remains closely wedded to the fear-and-loathing Howard policies that were massively rejected when Australian voters elected Rudd Labor in 2007. This is a deeply irrational outcome to which Liberal MPs would have been sensitive if they had not been so panicked by the climate change legislation that they could not even entertain Joe Hockey’s compromise proposal for a free vote on the issue.

For the liberals it was a grim outcome, despite Abbott’s paper-thin margin. He will not reconcile the Deakinite forces, still mostly centred on Victoria, with the conservative right that dominates the party in New South Wales. Liberals in Victoria and elsewhere might have to decide whether they can stay inside the party of Menzies or whether they will need to establish an independent non-Labor liberal-democratic party outside it.

At present, sadly, the liberals appear mostly to be missing in action. Not a word has been heard, for example, from Senator George Brandis who only weeks ago was arguing elegantly for the liberal tradition in his Deakin lecture at the University of Melbourne. Perhaps their immediate game is to hope that Abbott as leader will throw them some small consolation prize. They might be waiting some time. •