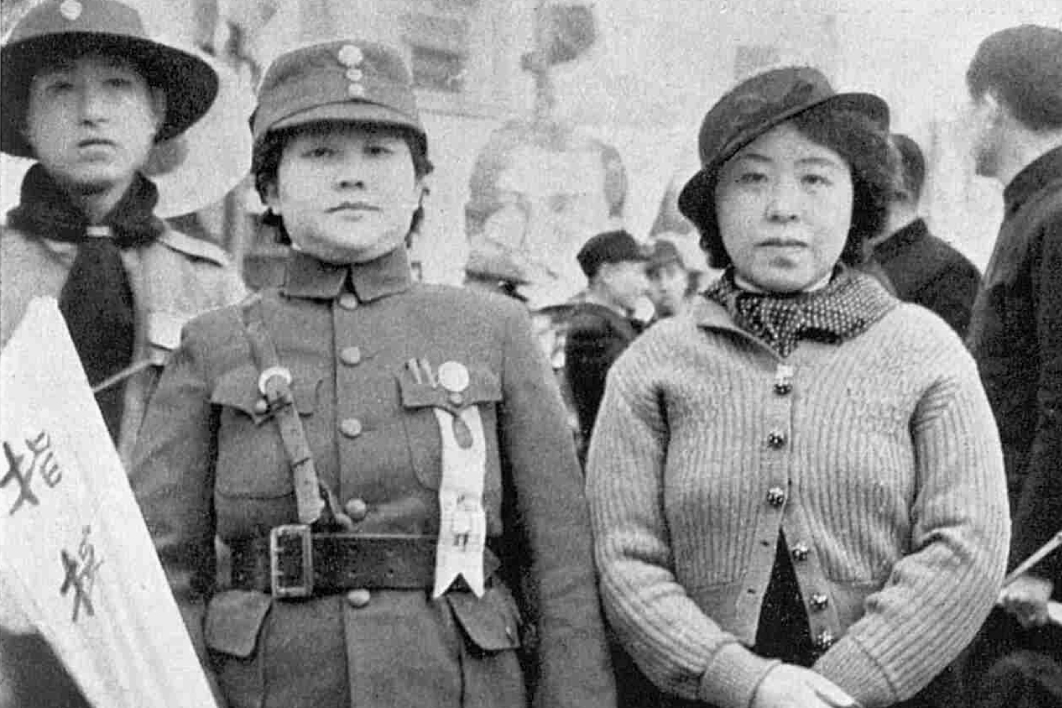 Wuhan 1938. According to the caption in the Sphere, where this photo appeared, “the two uniformed women are among the many taking part in the present Sino-Japanese campaign and rendering most effective service at both the front and in behind-the-lines duty. One girl, it is reported, is leading an Amazon battalion 6000 strong, and by her guerrilla tactics is seriously harassing the Japanese.”

When a city of fourteen million people is shut down, its name is certain to become known around the world. So it is with Wuhan, capital of Hubei province, which was sealed off from the rest of the world by government order on 23 January. As infections from the coronavirus multiplied over the Chinese new year, a city once rarely mentioned in the international press became a household word.

The danger for Wuhan is that it will come to be known simply as the virus city. While Covid-19 has somewhat offensively been referred to internationally as the “China virus” or “Chinese virus,” in China it is popularly known as the Wuhan virus, or Wuhan pneumonia. The year of the rat, complain Wuhanese, has left them feeling like the “rats crossing the road” (guojie laoshu). Other Chinese are avoiding them like the plague.

It doesn’t take an epidemic to bring out regional prejudices in China. Wuhan’s detractors — and there are quite a few of them — regard it as a dirty and unattractive place where people swear a lot. Spend a bit of time in Hangzhou, says one émigré, and you’ll realise that the educational level in Wuhan is rather low. Not so, say the city’s champions. People in Wuhan might be a bit rough and ready, but they are open to the outside world, adaptable, tolerant and resilient.

Like jokes about the Englishman, the Scot and the Irishman, there are variations for virtually every other place in China. But the virus has given a nasty edge to criticism of the Wuhanese. One person jokes about throwing out his “Wuhan duck necks,” a local delicacy, and another about giving up his recently acquired Wuhan girlfriend. Wuhan novelist Ai Jingjing, plainly affronted by the charge that the city’s eating habits caused the outbreak, felt impelled to go online to explain to the rest of China what people in Wuhan actually do like to eat: fish, rice and lotus root.

Along with the jokes and abuse has come ostracism. On 27 January, sixteen people from Wuhan narrowly avoided being stranded in Japan after seventy Shanghainese refused to travel on the same plane. “Are we compatriots or what?” asked a furious victim. It took the intervention of consular staff to end the stand-off.

Wuhan isn’t like Beijing or Shanghai. Despite its size, its pivotal position in central China and its many universities, it doesn’t have an identifiable reputation that might help it overcome negative associations. This is partly because its rich history, the natural source of cultural standing, is split among its component parts: Wuchang, Hanyang and Hankou. Divided from each other by the Yangtze and Han rivers, these were formerly distinct cities, and local identity is still marked. “I’m from Hankou,” says a Wuhan student to a visitor. “I’ve just come to Wuchang to attend university.”

As a great port and market town for centuries, Hankou, or Hankow in an older spelling, is the most recognisable of the three place names. Neighbouring Hanyang, once the seat of government for Hankou, is now the poor cousin. Across the Yangtze River, Wuchang, long the provincial capital of Hubei and its cultural centre, has great historical significance. It was the Wuchang Uprising of 1911 that sparked the revolution that led to the founding of the Republic of China, Asia’s first republic, in 1912. Wuhan’s constituent settlements — Hankow (now known as Hankou), Hanyang and Wuchang — probably in the 1920s. From the 1924 edition of the Japanese Government Railways Guide to China. Antiqua Print Gallery/Alamy

This history could have been leveraged to greater advantage for Wuhan as a whole, but China’s ruling Communist Party prefers history to be about another revolution — the one that culminated in the People’s Republic of China in 1949. Wuchang does have a museum to the 1911 revolution, but the story of that first republic is tightly controlled on the mainland. For an insight as to why, you need only look at Taiwan, a largely unrecognised state that is steadily resisting incorporation into the People’s Republic and still formally bears the title of “Republic of China.”

A rather rocky administrative history brought Wuchang, Hanyang and Hankou together as Wuhan under the Nationalists in the 1920s, and then again under the Communists. The histories connected with the name of this larger entity are also difficult ones. In 1927 Wuhan was the site of a purge of communists from the left-wing government formed in the city during the Nationalist Revolution. In 1967, during the Cultural Revolution, it was the site of armed conflict that left more a thousand dead. That clash — the Wuhan Incident, as it came to be known — was condemned at the time as counterrevolutionary, but when the verdict was reversed after Mao’s death it didn’t do much for a subdued Wuhan. Like much of the Cultural Revolution, the Wuhan Incident is passed over in silence, or at best smoothed over.

These histories of violent struggle are somehow consistent with the popular characterisation of Wuhanese as fierce and aggressive. But Wuhan has had its place in the sun, and in a less controlled ideological environment that would be celebrated. Between January and October 1938, following the infamous siege of Nanjing by the Japanese, Wuhan served as the refuge for the Nationalist government and became the provisional capital of China. In these months, writes historian Stephen MacKinnon, “the metropolis blossomed.” Crowded with refugees, on tenterhooks about the Japanese advance, the city came into its own.

“To a degree unmatched in any Chinese capital before or since,” writes McKinnon, “Wuhan enjoyed parliamentary style debate and political experimentation, the flowering of a free press, and the unleashing and redirection of enormous creative energies in cultural spheres.”

MacKinnon’s book, Wuhan, 1938: War, Refugees, and the Making of Modern China (Berkeley, 2008), has been translated into Chinese and published by Wuhan Press. As the present epidemic runs its course, Wuhan people might care to read it, and remember the ten months when their city symbolised to the entire country unity and courage in the face of apparently insuperable odds. •

Antonia Finnane is an Honorary Professor Fellow at the University of Melbourne with a research specialty in Chinese history.

Was the future better yesterday?

What explains the apparent success of populist politics? 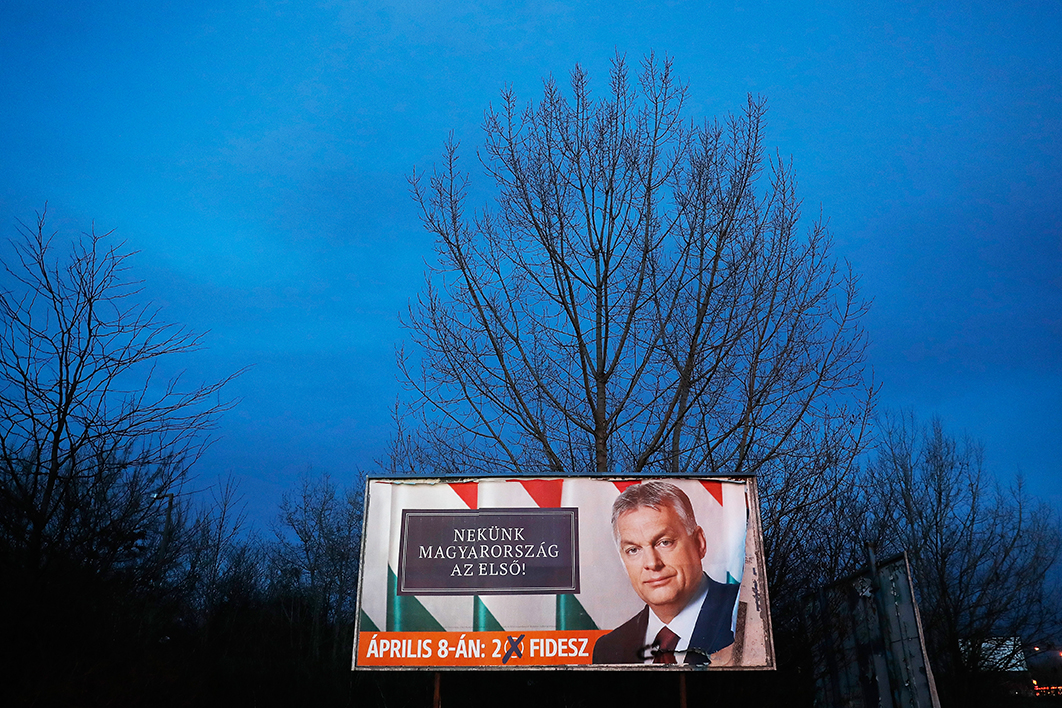