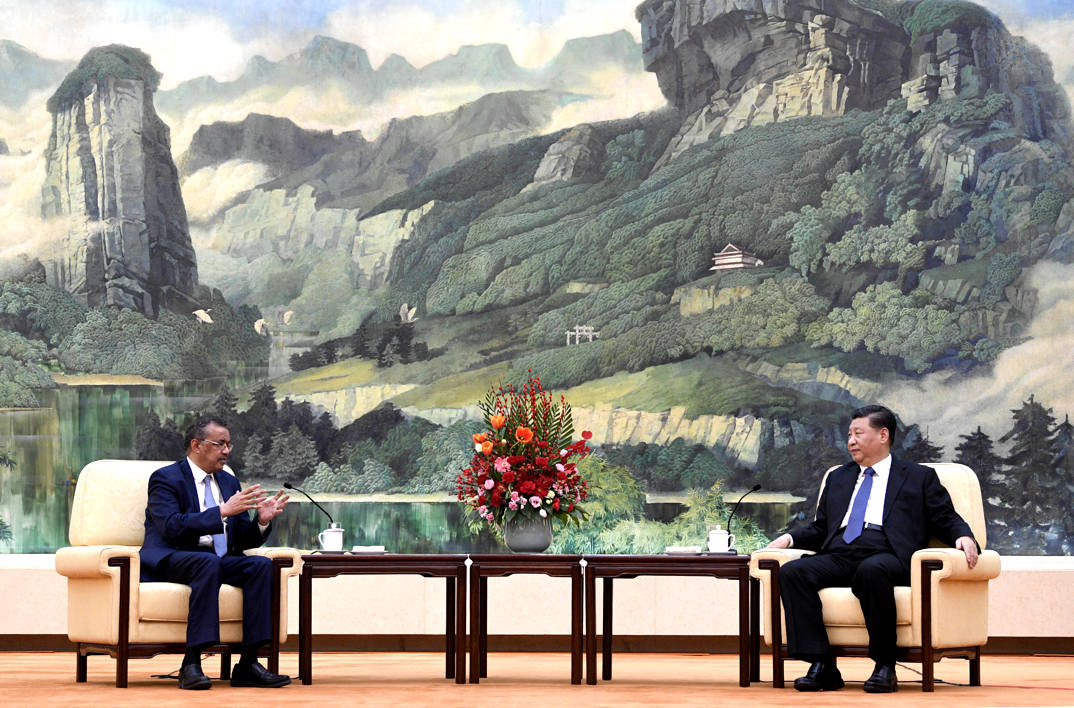 Black Swan events are what the Communist Party of China most fears and is most geared to tackling. As the ultimate crisis-management entity, the party reflects a strategic culture that arose from a long history of dealing with crises. Chinese imperial history was a litany of human and natural disasters — earthquakes that wiped out tens of thousands of people, floods that swept away cities and towns, uprisings like the Taiping Rebellion in the mid nineteenth century that resulted in millions of deaths.

Government is about steeling the leadership for the crisis that can suddenly rain down from a clear blue sky. And of those unexpected events, two are particularly fearsome: food safety scares, and public health emergencies.

Chaos in Hong Kong can be blamed on meddling foreigners. The same goes for economic woes. Faithless officials take the rap for everyday mishaps and misdemeanours. But with potential health emergencies, the buck stops at the top.

The contaminated milk crisis in 2007, before the Beijing Olympics, raised fundamental questions about whether the party was up to the job. Although heads rolled at senior levels, a legacy of distrust persists to this day: even now, most milk powder is imported. The SARS outbreak in 2002–03 saw the country locked down, and officials felled, before the party’s chief troubleshooter at the time, Wang Qishan, came to take charge. SARS was contained, and the lessons learned are no doubt being deployed now by party leaders.

The social contract is simple. Yes, Chinese citizens put up with a repressive, undemocratic form of governance. Yes, they have to suffer the sometimes-brutal impact of authoritarian rule. Yes, many are aware of how their news is censored and their freedoms curtailed: after all, 140 million Chinese travelled abroad last year and know a bit about what the outside world is like. And, despite the online restrictions, 900 million have a good idea of what happens in the outside world via the internet.

Most believe that the controls have one justification: the ability of the party to supply stability and predictability, especially during an emergency. Even when they are suffering one or other of the many indignities inflicted on them by the agents of the state, Chinese people can console themselves with the thought that China’s system is geared, better than any other, to deal with challenges like the coronavirus.

So far, with a swiftness democracies are assumed to be incapable of, Xi’s administration has implemented measures to contain and combat the disease. Wuhan and another fifteen or more cities have been closed off from the outside world. A 1000-bed hospital has been built in a week. Rumours and claimed misinformation spreading via the internet have been quashed. Resources have been deployed speedily to where they are needed. By the end of January, in important ways, the country had come to a standstill.

And yet habits die hard. Despite the fact that it is doing a far better job than it did during the SARS outbreak, trust in what the government says is low. People have taken refuge in their homes as much out of scepticism about the government’s response as in response to official edicts. The centralised decision-making structure has demonstrated its inherent inflexibility, with five million having taken the opportunity to leave Wuhan before a curfew was put in place. Then there are the bureaucratic headaches that never seem to cease in China: permits much delayed for a plane-load of British nationals scheduled to leave the city on 29 January, for instance.

Some things can’t be blamed on the government. There is a nasty strain of schadenfreude in some of the Western media coverage. In some cases, it seems to almost gleefully equate the virus with China’s growing power and international heft. Despite the fact that the number of people who have contracted the disease is still very small, Chinese abroad have reported being treated in discriminatory ways. Whatever faults Beijing may have, though, it has probably done as well as any government would in dealing with a wholly new disease, and one that appears to manifest symptoms only after some days’ delay.

Even so, it is politics, not just containing the pandemic, that matters for Xi. He has created an aura of invincibility, laying claim to constructing the most disciplined, focused political and administrative machine in the world. It is precisely on the basis of a need to handle crises like this that his project is justified. This is the first major test of his leadership, and his response is being watched with acute interest.

Much depends on the next few days and weeks. If the government is able to contain and then eradicate the disease, a rich political harvest awaits. It will have shown the world that the system it has created can do what it is meant to do — deal with big problems that need to be sorted out urgently. The party leadership will maintain its mantle as supreme crisis managers.

If things go awry, and the disease gets out of control, then both the human and the political costs will be horrible. The party’s image will be shattered. Even the most hardened opponent of Xi and the organisation he leads would have to admit that a situation like this, potentially triggering the government’s downfall, would not be a price remotely worth paying.

Everyone has to hope that China’s autocratic government is able to enforce its edicts and eradicate the coronavirus. If not, we face the dreadful possibility of a pandemic spreading through China and beyond. That would be a disaster not just for the party and not just for the Chinese people, but also for the world. •