Yes, no… or none of the above?

By failing to consult adequately about its referendum on local government, the government has increased the likelihood it will fail, argues Gabrielle Appleby 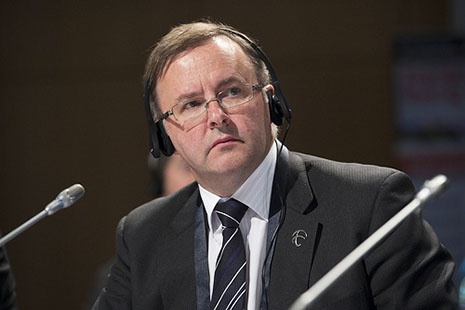 “POPULAR sovereignty” is an increasingly fashionable phrase in constitutional law. It reflects the principle that only we, the people of Australia, can consent to changes in our constitution. (Well, at least since we broke off ties to the motherland in the 1980s.) If the public feels no sense of ownership of proposals for constitutional change then their chances of success will be slim, as the federal government’s latest attempt to change the constitution is likely to show.

On 16 May the local government minister, Anthony Albanese, and the attorney-general, Mark Dreyfus, released the proposed text of a constitutional referendum to be held on 14 September. The referendum will ask the people of Australia to entrench the Commonwealth’s power to bypass the states and make financial payments directly to local government. At the moment, the Commonwealth’s constitutional grants power (section 96 of the Constitution) allows it to make payments to the states on such terms and conditions as the parliament thinks fit; the amendment extends that power to local governments.

Behind the change is the shift in the High Court’s position signalled last year by its decision in the National School Chaplains’ Case. The decision threw doubt on the constitutionality of grant schemes like the Roads to Recovery program, which funnelled funds directly from federal to local governments. Strangely, the government has not made this problem explicit in its explanation of the referendum’s purpose. Instead, it describes the proposed amendment as “a practical change to reflect the fact that the Commonwealth has partnered with local governments to deliver local roads, sporting fields, libraries, child care and community services and much more.”

The government wants the amendment to be seen as a relatively small change. “We don’t want to bore the Australian electorate to death with something that is essentially housekeeping,” Mr Albanese said when he was asked on Sky News about the short period between the introduction of the proposed text and the referendum itself.

But is it? Since the announcement, constitutional experts have waded in on both sides of the debate. Professor George Williams has argued that the referendum is necessary to ensure that direct Commonwealth funding of local government programs can continue. Professor Rosalind Dixon has asked whether perhaps the referendum is so seemingly minor that it may fail on that basis alone. Professor Cheryl Saunders has argued against the referendum on the basis that the change may increase the Commonwealth’s use of its financial clout to achieve policies with reduced accountability and scrutiny – and may further undermine the position of the states in the federation. Professor Greg Craven has expressed similar concerns, and has also warned that the referendum could reduce the states’ powers over local government, increasing inefficiencies at that level. And Professor Anne Twomey has put together a detailed alternative to the official document outlining the constitutional implications of the referendum.

What these divergent views demonstrate is the constitutional complexity of this change, which hasn’t filtered through into the media’s general reporting of the proposal. A number of online polls, for example, have asked readers whether they favour constitutional recognition of local government, but this is not a referendum about constitutional recognition of local government. Polls of this kind confuse the issue and undermine the likelihood that the people will actually be voting for what they think they are voting for come September.

The true extent to which the government intends to explain the potential repercussions of the referendum will become apparent once the amendment legislation passes through parliament and is presented to the people, as required by the Constitution. Under the Referendum (Machinery Provisions) Act 1984, the politicians who vote for and against the legislation are responsible, respectively, for writing the Yes and No cases in the pamphlet distributed to voters. If previous Yes/No pamphlets are any guide, this one will contain polemic and rhetoric but little attempt to engage in a nuanced dialogue.

Interestingly, the Commonwealth recently introduced amendments to the Act to remove restrictions on how much the government can spend promoting this referendum. With many of the states opposing the referendum and no restrictions on how much they can spend to campaign against it, this might prove an important change. The stage could be set for a bitter Commonwealth/state advertising blitz.

When the government released the proposed text of the amendment on 16 May, it announced that just a fortnight had been allowed for community feedback before the Bill that kicks off the constitutional amendment process would be introduced into parliament. It is hard to avoid the feeling that this timeframe is indicative of the distaste with which today’s politicians view public consultation. Consultation about the Bill didn’t need to be this perfunctory: the Government’s Expert Panel on Constitutional Recognition of Local Government made its recommendations in December 2011, and a specially convened parliamentary committee indicated as early as January this year that it would recommend the referendum go ahead. The Expert Panel did engage in some public consultation – and its results were revealing. Forty-three per cent of submissions came from local councils supporting the plan and 42 per cent came from private individuals opposing it.

Public consultation, important for many forms of legislative change, takes on additional significance when a referendum is constitutionally mandated. Only if they are treated as educated citizens, are given truthful and detailed explanations, and have an opportunity for meaningful input will the public have confidence in any proposed change.

To cast even more doubt over the consultation process for the 14 September referendum, the text that was released by the government was incorrect. In releasing its “proposed wording” the government changed the entire thrust of the Commonwealth’s grants power by leaving off the words “on such terms and conditions as the Parliament thinks fit.” These words are pivotal to understanding the nature of the Commonwealth’s power to make grants under the section. They allow the Commonwealth to set conditions on grants that extend beyond their legislative competence and may be entirely unconnected with the purpose of the grant itself. Omitting these words from the section would be a significant constitutional change, far more significant than making local government bodies potential recipients of such grants. But the draft Bill itself makes clear that these words are not to be changed.

Anne Twomey argued that the government’s release of the proposed wording “has misled the press which republished it everywhere, understandably presuming it was accurate.” But it’s more than that. It is symptomatic of the government’s attitude to public consultation on legislative and constitutional change. •

Gabrielle Appleby is a Senior Lecturer in the Adelaide Law School at the University of Adelaide.