Yes they can (and should)

A pragmatist’s vision for better government 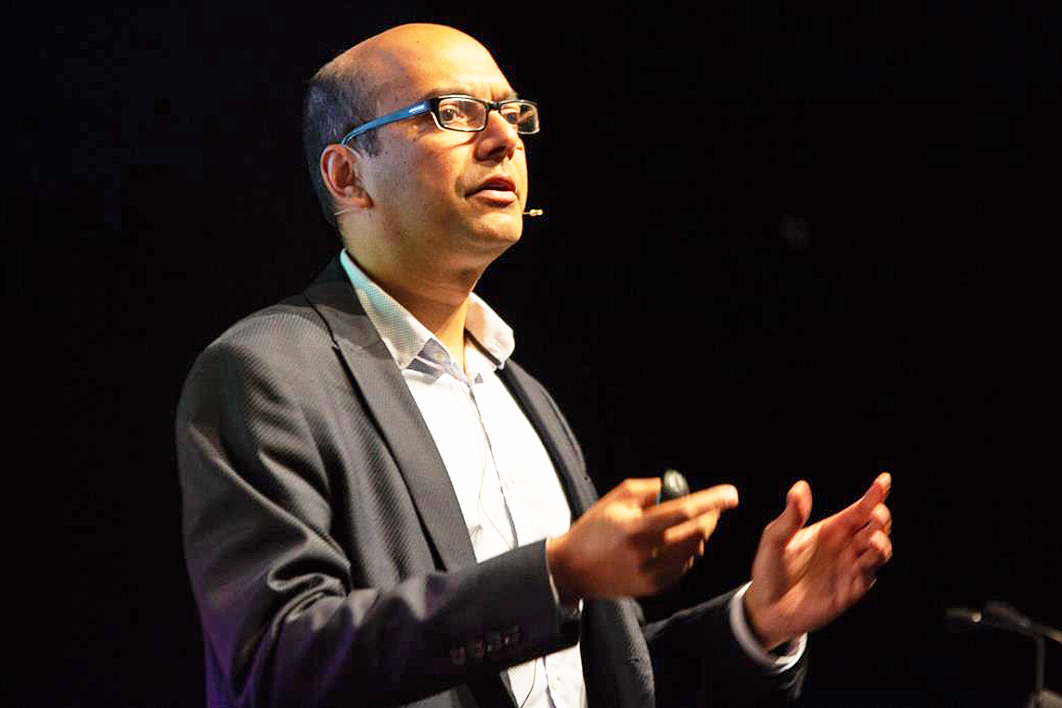 Cambridge-based business scholar Jaideep Prabhu has written an engaging and thoughtful study of how governments can become more adept at harnessing advanced technologies to the benefit of society. It is the kind of book that provides encouraging case studies and maps out pathways for those who believe governments can be a force for good if only they became a little smarter, a little less “bureaucratic,” a little faster on their feet in the face of momentous change, and a little more courageous in dealing with the big end of town.

Friedrich Hayek’s disciples Milton Friedman, Margaret Thatcher and Ronald Reagan fuelled the loathing for government that has swept many people along for the best part of four decades, but Prabhu believes that governments have the opportunity to regain recognition as forces for good. For this to happen, he argues, they need to develop their capacities and keep learning. s

First, they must get better at using advanced and emerging technologies — not just hardware and software but also evidence-based policy design and behavioural technologies of the “nudging” variety — to tailor, target and deliver public services that help citizens across the full spectrum of society. This is not just about government bureaucrats getting smarter with apps and other toys. It is about improving the quality of their engagement with citizens.

Prabhu draws on inspirational case studies from around the world across domains as diverse as healthcare, education, financial services and social security to show the enormous potential of actively enabling and empowering citizens to themselves harness technologies to improve their own lives. The Bolsa Familia cash-transfer scheme, which helped tens of millions of Brazilians lift themselves out of extreme poverty, is one. The M-Pesa scheme, which turned millions of Kenyans’ mobile phones into their first-ever, ultra-nimble bridge into the country’s financial and insurance systems, is another. The Buurtzorg organisation’s revolutionary “cut out the managers and the back offices” approach to delivering homecare services in the Netherlands, emulated in dozens of countries, is yet another.

In all of these instances, governments devolved authority and overcame deep-seated paternalism by listening to and collaborating with social entrepreneurs and ordinary citizens. Everybody can win when governments manage to incorporate entrepreneurial creativity and citizens’ lived experiences in the design of public services, Prabhu argues. Governments can achieve that elusive late-twentieth-century ideal of doing more with less, and citizens get more meaningful and easier-to-negotiate services.

Governments are not just users of technologies, though. They are also expected to ensure that public values influence how other organisations, and market forces deploy these technologies. Doing this well constitutes the second main route to better government in the age of technological transformation. Prabhu wants governments to become more astute and measured in regulating the uses to which these technologies are put. This includes checking the power of the sometimes massive corporations whose business models are built on the exploitation of those technologies. Overseeing them effectively means keeping up with techno-capitalism’s relentless pace of creative destruction, and retaining the regulatory clout and credibility to tame it when the public interest so dictates.

In practice, this means taking on the likes of Uber, Google, Facebook and Amazon on issues such as privacy, workers’ rights, monopolistic behaviour, and their role in weakening democratic institutions and processes. Prabhu is not a crusader but a “what works” pragmatist, and so he emphasises the other side to the regulatory coin with equal vigour: that regulators’ overreactions can smother, stifle, delay or even destroy the economic and social benefits of technological innovation. Smart regulation of high-tech industries thus requires a delicate balancing act: enabling and unleashing the economic dynamism it can bring while curbing its very real downsides and dark sides.

Prabhu writes briskly and his engagement with his topic is genuine. He has a knack for storytelling, crafting catchy tales of technological wizardry and cutting-edge scientific evidence put to social purpose. Don’t be put off by the occasional slip into business school and consultancy jargon: the book’s main, four-part “should and can” message comes through loud and clear. One, government should and can become more responsive to citizens. Two, it should and can be more inclusive in how it designs its interventions and crafts public services. Three, it should and can become more experimental, enhancing its capacity to progress iteratively and learn as it’s going along — much as innovative ventures do (as captured in the now-clichéd dictum, “fail early, fail often, fail forward”). Four, in regulating and cultivating private enterprise, it should and can learn to “steer and not row” (an uncredited turn of phrase borrowed from the loved and loathed popularisers of New Public Management, David Osborne and Ted Gaebler).

While often leaning on classic as well as recent high-circulation guru books to argue the “should,” Prabhu’s case histories provide anecdotal evidence of what drives the “can.”

The combination works well throughout, and yet there remains something of an unresolved tension between the book’s main title (How Should a Government Be?) and its subtitle (The New Levers of State Power). The main title suggests a normative book, exploring what the values of good governance ought to be, and perhaps how tensions between them should be resolved. The subtitle has a ring of how-to instrumentalism to it: consultants’ advice to rulers about how they can retain and wield their power in an age of potentially disruptive technological change.

This tension reveals the main weakness of this otherwise commendable book, which lies in its treatment of politics, and indeed power. At the start, we are told just how politically charged the issue of governing in a fast-paced, high-technology world is. Prabhu rightly notes how governments that have become terribly good at harnessing modern technologies and doing deals with tech giants can be outright scary. Think China’s successful mix of better service provision and ruthless surveillance and control of its citizen-subjects. Or India’s successful, if controversial, rollout of its tech-savvy Unique ID project, which created an unprecedented digital infrastructure not just for serving and empowering but also for “knowing” its citizens.

But as Prabhu develops his four-part vision of a better government in the heart of the book, the political conundrum of the multiple uses to which the oceans of data can be put — by citizens, entrepreneurs, corporations and governments alike — disappear in the rear-view mirror. Dealing with this conundrum responsibly is also a crucial tenet of “how [good] government should be,” but Prabhu’s pragmatist stance doesn’t provide much help to democrats striving to negotiate it. Instead we get soundly argued claims that states should neither overreact nor underreact to the rise of tech giants and the potential for excess this brings. But who is to determine where the boundaries of (dis)proportionality lie?

And while Prabhu pays some lip service to the notion that “government” is often a rather feeble actor in relation to big tech, he gives little attention to how policymakers and institutions — at which level, by which of its branches, in what forms, at what cost, and checked by whom? — can become powerful enough to even contemplate taking them on and winning.

How Should a Government Be? was presumably completed before the pandemic raised unsettling questions about governments’ appropriation of executive powers to monitor, steer and control their citizens. These developments have highlighted just how vexed the challenges of technology-enhanced governing have become. Working through these issues will require a more thorough engagement with the normative issues of state power than Prabhu’s sensible, pragmatic but somewhat technocratic account has to offer. •

Paul ’t Hart is professor of public administration at Utrecht University and the Netherlands School of Public Administration. He is a co-editor of Successful Public Policy: Lessons From Australia and New Zealand, available on open access from ANU Press.

Monarchs on my mind

Dennis Altman Between the Lines

Could constitutional monarchies be the best of a bad lot? 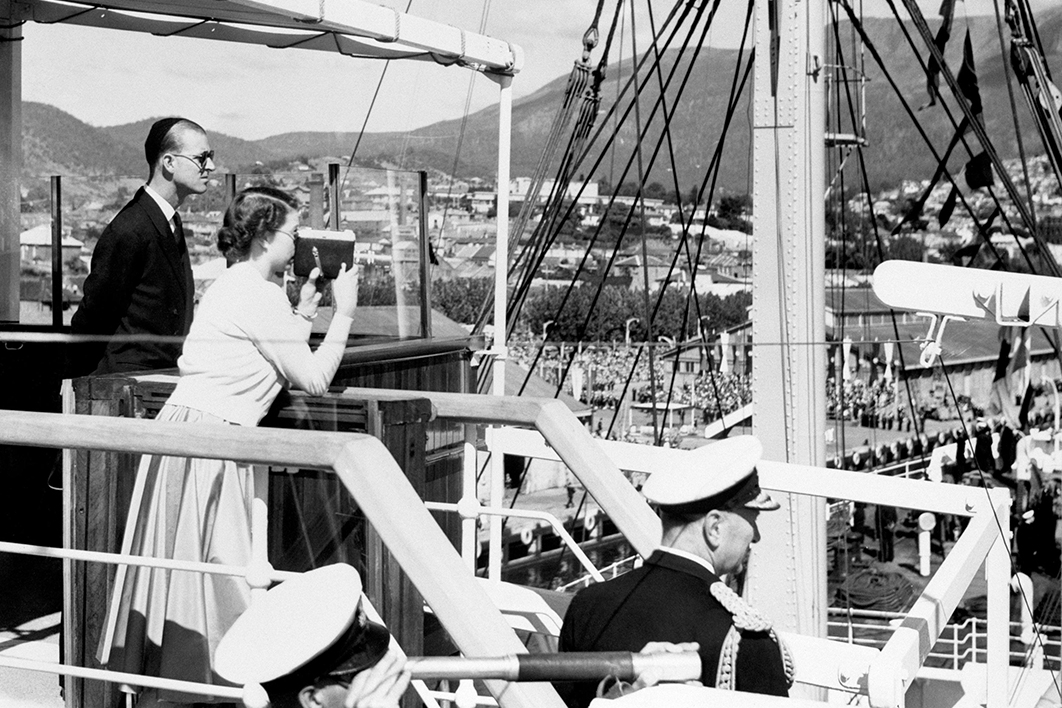