The states’ house has always been controlled by politics and parties, argues Norman Abjorensen 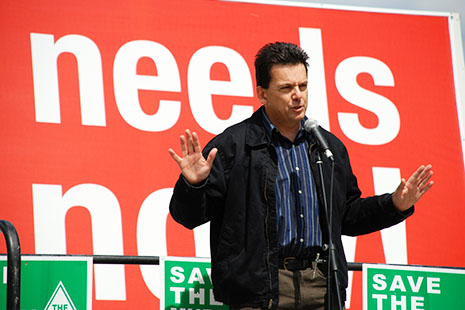 KEVIN RUDD had the misfortune to come to office just as the global financial crisis was closing in, but that was not the only short straw he drew. He is not the first prime minister to face a hostile Senate, but in creating the present upper house the Australian electorate dealt him a particularly poor hand.

Assuming the Coalition senators oppose a bill, he has to win over all the other non-Labor senators – five Greens, Family First’s Steve Fielding and independent Nick Xenophon – which is close to impossible, given their diversity. It is an uncooperative Senate and indeed, as was rightly observed by the five ministers who fronted the media in early March to put their views on the issue, it has been the most obstructive upper chamber in more than thirty years.

The Senate, which took both its form and name from the United States, was a compromise to help bring about union of the six disparate and diverse colonies by giving the less populous states an amplified voice in a federal legislature. But the Australian Senate exhibits distinctive characteristics quite unlike upper houses in other Westminster-type systems which tend to be vestigial chambers with limited legislative power. It was intended to play an active, and almost equal, role in legislation.

The nineteenth-century idea behind upper houses was to put a brake on popularly elected lower houses – to provide a countervailing force to democracy. An early lieutenant-governor of Tasmania, William Denison, unwittingly furnished colonial conservatives with a credo when he wrote to his political masters in London in 1848 urging the adoption of a bicameral legislature because of what he regarded as “an essentially democratic spirit which actuates the large mass of the community and it is with a view to check that spirit, of preventing it coming into operation, that I would suggest the formation of an Upper Chamber.”

So why are we surprised when it turns obstructive? And the Senate does obstruct, albeit at times acting under the more noble guise of a house of review. It is, of course, part of the system of checks and balances that is the hallmark of democratic government – and no one will argue that executive government is in need of checking occasionally – but at what point does checking and balancing segue into obstruction?

The distinction between checking popular will and curbing executive fiat has become blurred. It is one thing to impede bad government, but what about impeding good government? Or, to take it a step further, what point is served – other than a purely political one – by impeding government altogether? A total of forty-one bills held up in thirty months makes governing very difficult. Are we more effectively governed as a result?

Of course, the argument goes that the Senate is a states’ house. But this is really one of those polite fictions with which we live – along with Santa Claus, the Easter bunny and the monarchy – that is demonstrably demolished in practice, if not in theory. While elected by state-based electorates, the Senate, from the day it first sat in 1901, has never functioned as a states’ house, and has never voted along state lines – not once. Just as the sagacious Alfred Deakin predicted, it has been a house of politics from the outset.

Then again, we are told that it serves a useful purpose as a house of review. From time to time, it does that – especially when it conducts inquiries into the executive – but that function is purely accidental: no candidate stands for selection to the Senate to be a reviewer of legislation. The Senate does perform a useful function of making the executive more accountable than it otherwise might be, but that is really a secondary consideration. The object, as in estimates hearings, is to cause political embarrassment and inflict political damage.

If the Senate itself were to take seriously its role as a house of review, then it should insist that no members of the executive – that is, no ministers – should sit in that house. But who wants to be a reviewer when you can be a minister? A long-serving Liberal MP from Tasmania, Max Burr (1975–93), campaigned long and hard for such a development, but to no avail.

It is an intriguing paradox, especially now that the Liberal Party has abandoned its longstanding states’ rights platform and become a vehement critic of the states, that those most critical of states and their administrations are themselves members of the Senate, which surely owes its existence to the continuing existence of the states.

No discussion of the Senate is complete without reference to Paul Keating’s colourful description of its membership as “unrepresentative swill.” There are several layers of truth to this description, one being in the manner of election, whereby a mere 350,000 Tasmanians can elect twelve senators while 4.5 million people in New South Wales elect the same number. The other, of course, is the six-year term served by senators, which means that half the Senate (unless it was elected in a rare double dissolution) was elected at the election before the last one.

This is where very real friction lies, and where the nineteenth-century anti-democratic provenance of upper houses comes into play. A government might well be elected on a platform it puts to the people, but a hostile Senate, with half its members elected at the poll before last, can thwart any assumed mandate. In that sense, they are unrepresentative of contemporary public opinion.

The Senate is unrepresentative on yet another level – and this addresses the often overlooked “swill” part of that apposite Keatingism. The electorate has very little say about the individuals who constitute it (except for rare independents such as Nick Xenophon). It is a house of reward for party servants. If you have the first two slots on the Labor or Coalition ticket, you are in without a doubt – no matter what opinion the electorate has about your attributes. The voter simply cannot punish a party favourite, and even the proverbial drover’s dog would get elected if high on a ticket. If the Senate is to be a genuine house of review it should be about independent thinking, and the party faithful are the last ones who might be expected to engage in that activity (although that was not always true for the Liberal Party and, arguably, is not true for Senator Joyce today).

Of course, the voter can always ignore the party vote – the “above the line” voting option – and individually number each candidate according to his or her preference. But it is a rare voter who does that: almost 97 per cent of voters at the 2007 election ticked the party boxes. This could be remedied with the adoption of the Robson rotation system, as in the Australian Capital Territory, where candidates’ names are printed at random on the ballot paper – but the parties will never relinquish their hold on the process.

Over the years – and we have heard this many times – a government thwarted by a recalcitrant Senate will bleat about a mandate received from “the people” at the last election – the mandate conveniently interpreted as a majority of seats, not necessarily votes, at the election. This is a vexed question, and requires critical scrutiny. Precisely what is a mandate? Does a party put forward every detail of its proposed program during an election campaign? Did the Howard government ever put WorkChoices before the people before it gained, with control of the Senate, the power to push it through parliament?

The Rudd government is on shaky ground if it claims a mandate for its policies under the current system. It won just 43.4 per cent of the primary vote in the House of Representatives in 2007 but was delivered a parliamentary majority. Fully 56.6 per cent of those who voted preferred a candidate other than a Labor one. This could just as easily be interpreted as a rejection of the Labor program.

If we disregard the senators elected in 2004 and focus on those elected in 2007, the picture is even more interesting. Labor’s first-preference Senate vote was down to 40.3 per cent – due to the increased incidence of split-ticket voting – and the combined vote of the main non-Labor parties (and Senator Xenophon) was 44.4 per cent. That’s a greater share than Labor’s, but still short of a majority. Is that a mandate to obstruct?

The real problem is that we are saddled with a flawed system that is unlikely to change. The exclusion of minor parties from the House of Representatives reflects the voting system as much as the major party cartel. The one real reform of the Senate – the change to preferential voting from 1949 – is about the only democratic advance.

Opinion polls continue to show public unease at extreme partisanship – and it is one of the reasons that question time is so distasteful to many: it is seen as a divisive, point-scoring, raucous exercise that demeans high office and eschews both cooperation and deliberation. (Sadly, the public sees and understands very little of the committee system in which these qualities are often in evidence.)

This is the curious paradox in Australian politics. The ideological convergence of the two big parties has been matched by a growing partisan bitterness that dates back to the election of the Whitlam Labor government in 1972, and even more to the circumstances of Whitlam’s removal in 1975. It can be explained partly by the fact that both Labor and the Liberals are courting the same constituency. After all, when have Coca-Cola and Pepsi ever cooperated? It is difficult to imagine political partnerships today like the warmth and genuine cooperation – admittedly during wartime – between John Curtin and Bob Menzies. It is common currency now that if you can hit the other side, then do so; nothing is outside the remit.

Does the practice of politics always have to be adversarial? The answer is yes, so long as it is a zero-sum game.

Is there an alternative? A possible system that would preserve the best of accountable government as well as providing for more inclusive membership is the abolition of the Senate and an enlarged House of Representatives, elected on proportional representation. This would mean, most likely, permanent minority government or a series of coalitions that would result in genuine negotiation rather than horse trading. It would end the winner-takes-all system we have at present, but critics of such a change would argue that it would entrench instability. Perhaps, but governing would be more widely shared, and the parties would have to act differently. A position taken in the Senate at present by the Greens, say, could only ever be of tactical advantage; in a chamber of government it could have real legislative effect.

Alas, it is most unlikely ever to happen. The Constitution, as we have seen repeatedly, is very difficult to change. Imperfection, inequality and obstruction will remain part of our system as will unrepresentative swill. It is less than perfect and short of democratic – but a comforting consolation, perhaps, is that it is very Australian in its “two-bob-each-way” logic. • 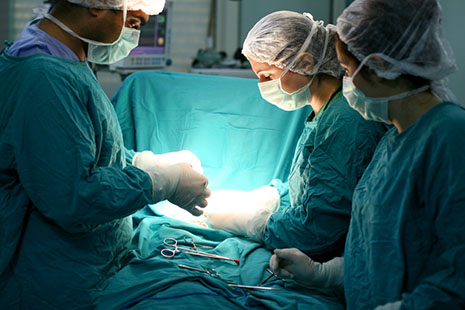