Zooming in or zooming out?

Covid-19 has accelerated the emergence of “minilateralism” — but how new is this style of diplomacy? 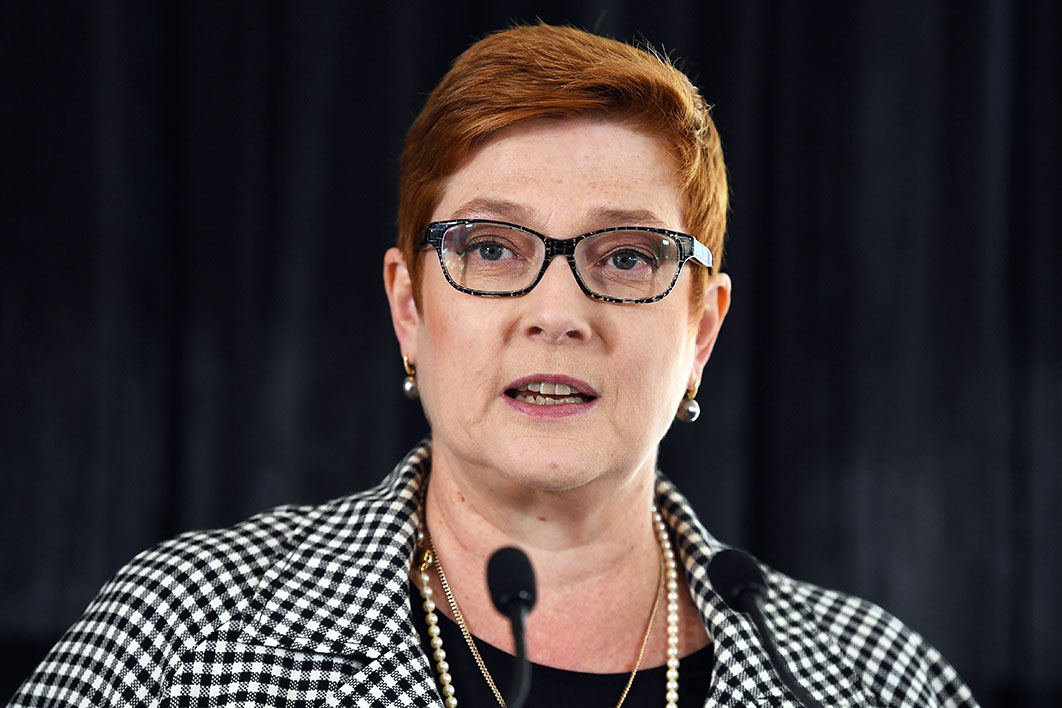 “Our international order is as important as ever,” says foreign minister Marise Payne. Dean Lewins/AAP Image

For months, a contest has been raging in the halls of Australian government, diplomacy and academia. Are we firm believers in a world of multilateral global institutions, as pioneered by Australia’s external affairs minister Herbert Vere Evatt and others at the close of the second world war? Or do we see that system as hopelessly corrupted, easily manipulated by nasty regimes and mostly ineffectual anyway, and prefer to pursue the kind of unilateral self-interest most crassly expressed by Donald Trump?

Now a new middle way seems to be in contention: minilateralism. The word has been uttered recently by the two federal ministers most concerned with world power — foreign minister Marise Payne and defence minister Linda Reynolds. They used it to describe the welter of video calls they and prime minister Scott Morrison have made to their foreign counterparts since the Covid-19 pandemic shut down physical meetings nearly five months ago.

The debate started when Morrison gave a speech to the Lowy Institute in Sydney last October. It was his first major foreign policy statement since being returned to office in his own right, and he prefaced it by saying he’d never been much interested in international affairs.

That didn’t stop him from taking a big stab. The nub of the speech was a rejection of what he called “negative globalism” and a call for Australia to resist being dictated to by an “unaccountable internationalist bureaucracy.” Canberra, he announced, would undertake an “audit” of its membership of international bodies.

As Jonathan Pearlman, editor of Australian Foreign Affairs, summed it up:

Morrison’s pre-pandemic instinct was to view the faults with international bodies such as the United Nations and its agencies — they can be bloated, or lack transparency, or subject to undue influence — as evidence that Australia should be ready to abandon them. This was never a good option, but it seemed viable when the alternative to consensus-based decision-making was to firmly back US leadership.

Morrison’s stance created much dismay among foreign policy experts. They quickly pointed out that multilateral arrangements tend to protect small and middle powers against coercion by big and powerful states, especially when the alternative — hitched to a United States under an embarrassing leader — seemed much less enticing.

Come the pandemic, the international agencies were being given the tick by Canberra’s auditors. “Covid-19 has shown that our international order is as important as ever,” Marise Payne told the ANU’s National Security College. “There is need for reform in several areas, but the pandemic has brought into stark relief the major role of international institutions in addressing and coordinating a global response to a global problem.”

Former Coalition frontbencher Mitch Fifield amplified the point on 1 July in his capacity as ambassador to the United Nations. The United Nations was far from perfect, he told the Asia Society Australasia, but it was an indispensable partner both during the Covid-19 response and, beyond that, through its development, humanitarian, and peace and security work. The choice between being “a muscular and realistic bilateralist or a starry-eyed multilateralist” was a false one; governments needed to walk both paths to achieve their goals.

Despite concerns about the World Health Organization, he went on, the pandemic had also “brought into relief, the benefits to Australia’s interests through the international rules and norms set by these institutions, and the consequences of stepping away and leaving others to shape the international system in ways that may contradict our interests.” The government’s recent audit of Australia’s engagement in multilateral institutions had concluded, he said, that “the rules and norms developed through the UN and the services it delivers are vital to Australia’s interests, values, security and prosperity.”

So where does “minilateralism” fit into this picture? The Department of Foreign Affairs and Trade didn’t immediately respond to this question, but Allan Gyngell, now heading the Australian Institute of International Affairs, says the term had been around for some years.

“It gained traction as the problems in the larger multilateral institutions, with more members and divergent agendas, were making it harder to reach outcomes,” he tells me. “The idea was that you could work with smaller like-minded groups to make progress. You’ll remember ‘coalitions of the willing.’” Multilateralism in smaller groups, in other words?

“I’ve always found it a rather ugly neologism myself,” says Gyngell. “It has been most closely associated with institutions like the Quads” — the putative grouping of the United States, Japan, India and Australia, designed to balance China — “but it would equally apply, I guess, to groups like ASEAN plus 3.”

The list of video calls made by government figures does indeed suggest that minilateralism involves the like-minded and the friendly.

Morrison has also spoken to Shinzo Abe twice. During a “virtual summit” on 9 July the two of them reached a status-of-forces agreement on military exchanges and cooperation in space. Morrison also held a “virtual summit” with India’s Narendra Modi, following on from a phone call between Canberra and New Delhi. Calls have also been made to the leaders of South Korea, Israel, France and Vietnam, as well as those of smaller neighbours: the Cook Islands, Samoa, Solomon Islands, Vanuatu and Timor-Leste.

Canberra has few arguments with any of these countries, and much familiarity with most. If he raised anything contentious, such as the question of territorial annexation with Israel’s Benjamin Netanyahu, it has not been disclosed.

Moving into less familiar territory, Morrison has also spoken to Sweden’s prime minister, Stefan Löfven, and Belgium’s Sophie Wilmès, both of whom lead countries badly hit by the virus, and to the heads of the European Union and the Organisation of African, Caribbean and Pacific States.

But a virtual summit of the G20 on 30 April was the only close on-screen encounter with wielders of rival power like China’s Xi Jinping and Russia’s Vladimir Putin, and then only as part of a mosaic of images on a very large screen. The summit was all about cooperation against the virus.

On the multilateralism front, Australia has many disagreements with the Trump administration: its withdrawal from the Trans Pacific Partnership trade and investment pact, its hobbling of the World Trade Organization by refusing to endorse new dispute resolution judges, its use of tariffs to force trade concessions, its announcement of withdrawal from the World Health Organization, and its threats to sanction officials of the International Criminal Court if they investigated US personnel.

None of this seems to have surfaced in Morrison’s latest talk with Trump, just three days ago, which was portrayed as a sunny thirty minutes in which Covid-19 setbacks were played down, economic reopening foreshadowed, and compliments paid to Australia’s new defence plans. But they did touch on “approaches to multilateral organisations” and “commitment to open markets,” according to an official statement, which suggests Morrison nudged into areas sensitive for the president.

On the same day, Malcolm Turnbull told a Lowy Institute audience that Morrison never had strong feelings about negative globalism anyway. “I think early in his time as PM he was unduly influenced by people on the right of politics, both in his own circle and in the media, to whom this sort of UN-bashing, anti-globalist thing is bread and butter,” Turnbull said. “It’s the same sort of thing that Trump goes on with.”

Still, the adviser that Turnbull suspects was behind the speech, China hawk Andrew Shearer, has moved even closer to the centre of Morrison’s circle. Formerly deputy director of the Office of National Intelligence, he is now cabinet secretary.

Australia’s multilateral diplomacy, post the DFAT audit, is geared up to battle for improved performance by UN agencies and getting more of their leadership positions filled by Australians or people from democratic nations. No doubt Morrison is also being advised to help coax Trump away from more damaging actions in the global arena, pending the November presidential elections.

But minilateralism continues. Canberra is encouraging the Five Eyes group of Anglophone nations to broaden its ambit from signals intelligence to cybercrime, transnational crime and infrastructure security. It desperately wants to be included in war games with Japan, India and the United States. And it hopes to guide the newly named South Pacific vuvale (family).

To Cavan Hogue, former ambassador to Moscow and other important capitals, it looks like Morrison is trying to get close to what are perceived as reliable allies. “He’s not Zooming to anyone in China,” he says. “Is he really trying to find an alternative to the USA? Or does he still cling to the security blanket of benevolent Uncle Sam in the belief that Trump will go away after the election and the nightmare will be over?”

Despite the talk of a post-pandemic world, “there has been no public suggestion that the Alliance is to be abandoned,” says Hogue. “On the contrary, its importance has been reinforced.” But his could be harder than Morrison might imagine. “I see that [PNG prime minister] Marape was one of those who voted to support China over Hong Kong in the Human Rights Commission,” he says. “A warning?”

Under Morrison, Canberra still seems to be zooming in, rather than zooming out. • 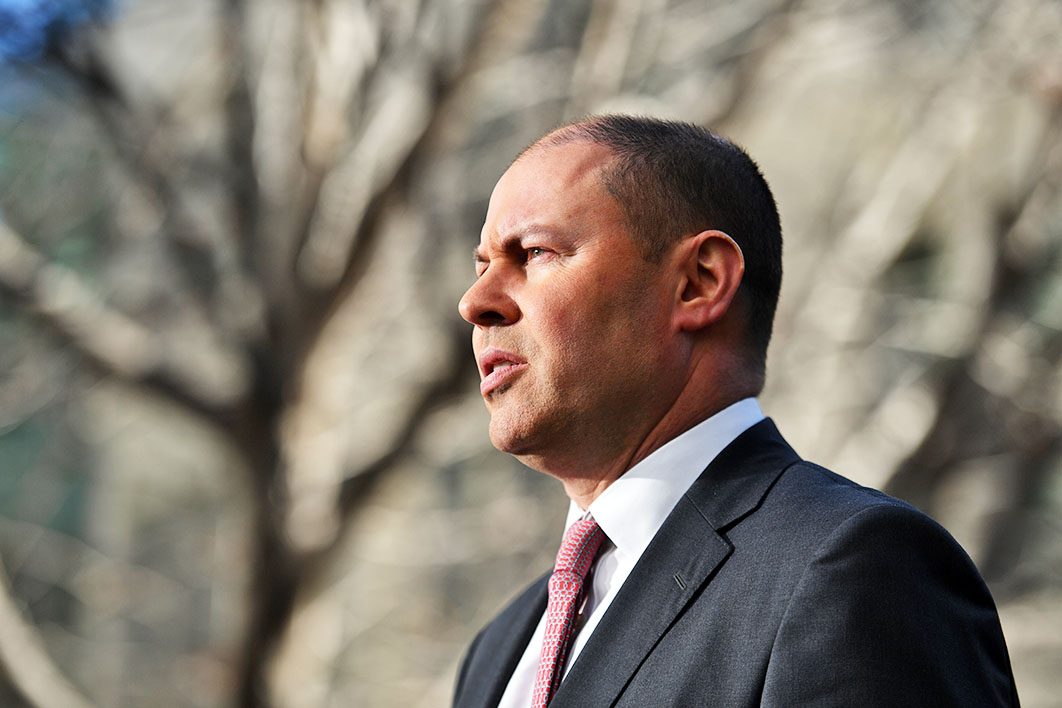