A Day in court

Senator Bob Day’s attempt to stymie the government’s Senate voting laws was doomed from the start, writes Tony Blackshield. But the High Court proceedings may have achieved one of the senator’s aims 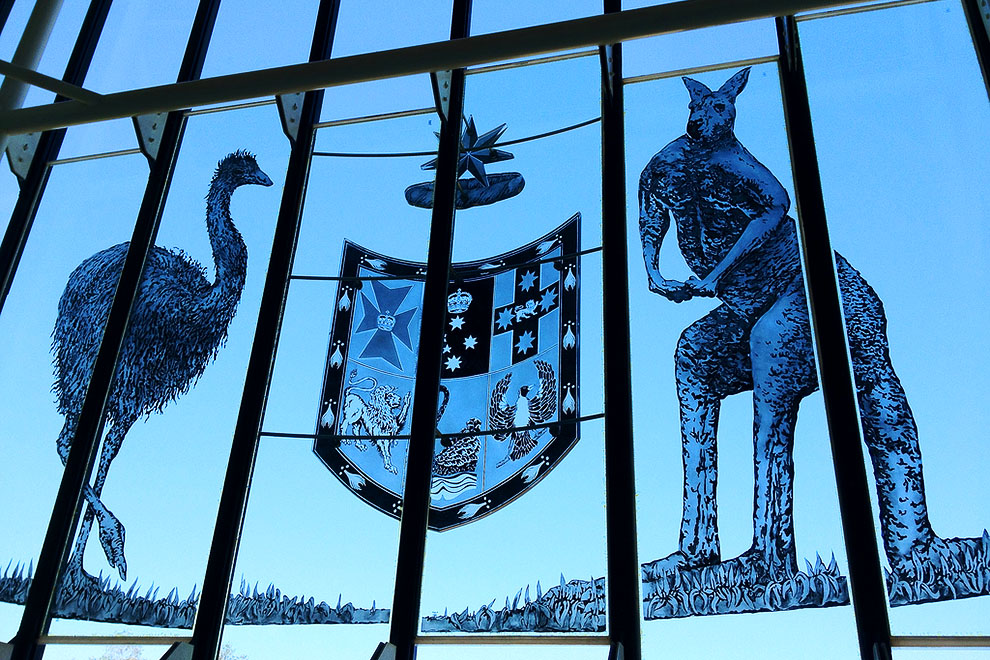 When Malcolm Turnbull announced on 8 May that he had pulled the trigger for a double dissolution, he was obviously untroubled by the fact that the High Court had not yet reached a decision on the challenge by the Family First senator, Bob Day, to the Senate voting reforms. When the court announced its decision just five days later – in a single unanimous judgement that “none of the… arguments has any merit” – the prime minister’s assessment was vindicated.

Any different result would have thrown the coming election into chaos. Consequently, the government’s lawyers had originally told the court that they needed a decision by 11 May, the double-dissolution deadline. The plaintiffs’ lawyers had been more relaxed: so long as the decision came by 9 June, when nominations close and the printing of ballot papers begins, “it is not a matter of life and death” that “needs to be dealt with tomorrow.” Perhaps they already understood that their case was doomed to failure.

When Senator Day announced the challenge, he complained that the new Senate voting system would disenfranchise three million voters. To support his claim, a new 3 Million Voices campaign launched a second action, covering every state and territory represented in the upper house. This set of plaintiffs included two evangelical Indigenous leaders, one candidate from the Rise Up Australia Party, and two from the Love Australia or Leave Party. They declared the claim a “class action” (though legally it was no such thing) and a “people’s writ.”

The senior counsel for the plaintiffs was Peter King, the federal Liberal member for Wentworth until he was forced out by Malcolm Turnbull in 2004. King’s junior counsel was Christopher Brohier, formerly a spokesman for Lawyers for the Preservation of the Definition of Marriage. The campaign committee was chaired by the psephologist Malcolm Mackerras, who had foreshadowed such a challenge back in February.

The action was supported by a lengthy affidavit from Mackerras, intended for inclusion in the application book. But at a preliminary hearing in March, chief justice Robert French resisted its inclusion, dismissing it as “for the most part… either inadmissible or unnecessary.” The fact that Mackerras had been awarded an AO, said the chief justice, “is not a qualification for expert opinion, neither is the expression of strong feelings and conclusionary statements.”

When King pressed the point in April, the chief justice again resisted: the affidavit was “polemical,” “argumentative” (“I am not saying this in a critical sense”) and “not really in the nature of expert opinion.” In the end it was not relied upon.

When the case was finally argued in May, King himself had to be admonished to avoid “what I might call normative speeches.” He had confessed to hesitation in embarking “on this voyage”; the chief justice replied that it “might be best to embark upon your argument.” “Go to the nitty-gritty,” French advised him, “rather than speeches which are best made outside this place.”

Yet the nitty-gritty remained elusive. Initially it was unclear how the reforms could be said to result in “disenfranchisement,” let alone how such an operation could affect three million voters. When the case was finally heard, the numerical figure was explained. At the 2013 Senate election, 9,095,809 voters had cast a formal first-preference vote for the Liberal/National or Labor parties, and another 1,193,495 for the Greens or Democrats – leaving 3,123,715 (or about three million) expressing a first preference for other small parties or independents. Yet why these voters were more disadvantaged than (say) those voting for the Greens remained unclear.

Under the new system, voters will be instructed to number “at least” six boxes above the line (for parties or groups) or “at least” twelve boxes below the line (for individual candidates). Several commentators have pointed out that a vote that stops at six or twelve will be exhausted once those preferences have taken effect – so that, in order for one’s vote to keep on being counted, one should insert numbers in more than the minimum number of boxes, and in order to achieve maximum impact one should number every square.

The real complaint was that the instructions on the new ballot paper fail to spell this out – thus, perhaps, disadvantaging those voters who fail to understand the new system. But along with this went innuendoes or insinuations that the failure was part of a systematic plan to mislead voters in order to lure them away from expressing a full list of preferences, and particularly to lure them into focusing on the major parties at the expense of smaller groups or independents. A particular element in this plan was said to be the new system of identifying each party by a logo – thus presumably luring the unsuspecting voter into focusing more attentively on the parties thus distinguished.

The High Court’s judgement sought to make sense of all this. What the case was claiming, the judgement said, was that “those who voted for candidates of minor parties” would “lose the benefit of their vote flowing down the preference chain.” “The complaint seemed to be that a large proportion of electors, faced with the ‘eye-catching appeal [of] a party vote,’ would simply follow the instructions on the ballot paper for voting above the line and would therefore lose the opportunity to cast ‘a full and effective vote.’”

King had argued that this would infringe a principle of “direct proportionality,” but the court held that there was no such constitutional principle to be infringed. Nor was there any disenfranchisement.

The plaintiffs tried to give the argument a constitutional flavour by invoking freedom of political communication. The failure to spell out on the ballot papers all the details of how the vote-counting would be scrutinised was said to be a failure of communication by the Australian Electoral Commission, with a consequent failure of communication by those voters misled into stopping short of a fully effective vote. But the court held that this argument “fails at its threshold. The ballot paper does not mislead.”

Another attempt to give the argument a constitutional basis invoked section 7 of the Constitution, which provides that the senators for each state shall be “directly chosen by the people of the State.” The argument was that the mere existence of an option of voting for parties “above the line” would tend not only to induce a focus on political parties, but also to interpose that focus between the voters and their chosen representatives. If choice “by the people” is to operate “directly,” it was said, the voting system must be “candidate-based” rather than “party-based.” But the court dismissed the point as “untenable”: “A vote marked above the line is as much a direct vote for individual candidates as a vote below the line.”

Yet another argument focused on section 9 of the Constitution, which provides that “the method” of choosing senators may be laid down by legislation, but that “the method” must be the same in each state, and that if the federal legislation is not comprehensive, each state may prescribe “the method” for itself. This repeated use of the phrase “the method” was said to mean that there can be only one method – whereas (it was said) the new provisions unacceptably prescribe two methods (by permitting a choice between voting for parties above the line, or voting for candidates below it).

The trouble is that these textual arguments prove too much. They would spell invalidity not only for the newly enacted system, but equally for the system in use since 1984 – since it, too, permits choice between two methods of voting (above or below the line), and it too (as it operates above the line) depends on parties rather than candidates. That would mean that in 2013 Senator Day was himself invalidly elected, and indeed that every Senate since 1984 has been invalidly constituted.

It is true that the previous legislation contained no similar language: the fact that electors “may vote in one of two ways” was spelled out on the ballot paper, but nowhere in the statute itself. Nevertheless, the difference in statutory language seems a frail support for a crucial constitutional distinction. As the chief justice remarked at a preliminary hearing, “That might be said to be a case of a statutory tail waving a constitutional dog.”

In the final judgement the argument was “dismissed immediately”: “The construction of the constitutional term ‘method’… is not determined by the use of that word in the Act.” The constitutional history made it clear that the word “method” was used simply to ensure that the voting procedures would be uniform in every state. As against this “broad” meaning, the plaintiffs were trying to give the word “method” a narrower and more precise meaning; but when the case was argued the judges sought in vain to be told what that meaning was. As the final judgement concluded: “The plaintiffs contended for a narrower construction but did not say what that construction was.” In any event, it was an attempt to impose “a pointlessly formal constraint” on the parliamentary power to prescribe an appropriate voting procedure.

Clearly the case was doomed from the outset. Yet the plaintiffs may think it was all worthwhile if it has helped to publicise the message they accuse the Electoral Commission of having failed to convey: if you want to get the maximum effect from your vote, number as many squares as you can. •

Tony Blackshield is an Emeritus Professor of Law at Macquarie University, a Visiting Professorial Fellow at the University of New South Wales and an Honorary Professor at the Indian Law Institute in New Delhi. He is co-editor of The Oxford Companion to the High Court of Australia.