Detainees are suffering terribly, but the system also takes a toll on the people who work within it, writes Nik Tan 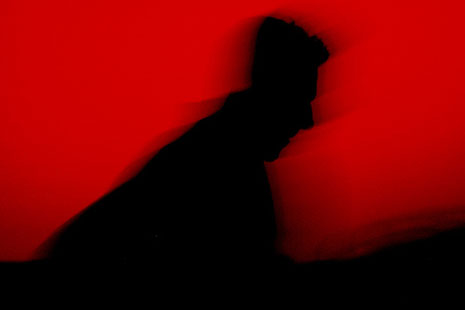 Turnover is high and qualifications are low among detention centre staff.
Macca/ Flickr

THE MENTAL and physical harm suffered by asylum seekers detained in Australia is not new, but there is a growing body of evidence providing fresh insight into the effect on those responsible for enforcing this cruel and inhumane system.

Before its untimely demise last month, the Global Mail published an anonymous first-hand account of the experience of working in an Australian detention centre. The man had been employed by Serco, a British company contracted by the federal government to operate detention centres on the Australian mainland and on Nauru and Manus Island. Serco staff sign a confidentiality agreement so evidence of the experiences of detention workers is scarce.

The account reveals a hidden harm of Australia’s detention of people seeking asylum: the impact on staff employed to carry out the policy. The staff member relates his own experience of relationship breakdown, sleeplessness, stress and thoughts of self-harm. He tells of arguing with his partner, going into the kitchen, pulling a knife out of the drawer, and thinking maybe if he cut himself he would understand why asylum seekers self-harm.

There has been extensive research demonstrating the harm caused to asylum seekers in detention. In 2004, the Australian Human Rights Commission Inquiry, A Last Resort?, found that detained children suffered numerous and repeated breaches of their human rights. Last year, the Commonwealth Ombudsman confirmed that detention for longer than six months has a “significant, negative impact on mental health.” The same report found there were eleven deaths in detention between 2010 and 2013, at least four of which were suicides. What of the harm caused to staff of detention facilities?

In 2011, Suicide Prevention Australia reported over 1100 incidences of threatened or actual self-harm in detention centres in that year alone, and recommended suicide prevention training for all staff working in immigration detention. According to statistics from the then Department of Immigration and Citizenship, rates of self-harm by asylum seekers in detention peaked at thirty per 1000 people in August 2011. That month there were also fourteen incidents of self-harming among the 420 children in detention.

In 2012, Serco employed 5252 staff in a broad range of government contracts in Australia, including prisons, hospitals and military logistics. Since 2009, the Australian government has paid $756 million to Serco for running detention centres. The contract has recently been extended for six months.

Serco provides minimal training to staff. Turnover is high, qualifications are low; in 2011 the Australian reported that backpackers and recent high school graduates were being employed as casual subcontractors. Such practices are disastrous for asylum seekers and damaging for the employees themselves.

The Serco contract doesn’t require guards to hold any formal security qualifications during their first six months of employment, and thereafter only a one-week Certificate II in security operations. This level of training seems manifestly inadequate to properly equip staff to deal with the detention environment.

A 2011 Senate inquiry into Australia’s immigration detention network highlighted weaknesses in the government’s contract with Serco. A recurring issue raised during the inquiry was the failure of the service contract to specify a minimum staff–detainee ratio. The inquiry also expressed concern at the use of untrained subcontractor staff inside detention centres.

A 2013 Commonwealth Ombudsman report into deaths in immigration detention highlighted the need for mental health training for Serco staff. The Ombudsman recommended that such training be endorsed by the Detention Health Advisory Group, which has since been rebranded and then disbanded by the Abbott government.

In 2011, the ABC reported the claims of an anonymous Serco staff member that the company was desperately short of staff and deliberately inflated worker numbers on paper to cover up the shortages at the Christmas Island detention centre. In 2012, a leaked Serco training manual revealed staff members were instructed to use force to incapacitate detainees. The manual included techniques to kick, punch and target pressure points on asylum seekers.

On 23 July 2013, a group of Salvation Army staff contracted by the federal government to work with asylum seekers on Nauru wrote publicly about their experiences via a staff member’s blog: ‘We comforted men who were brought to Nauru in handcuffs by the Australian government under false pretences. We watched their numerous peaceful protests against the uncertainty of their future. We saw the scars of self-harm, and suicide attempts.’

From March 2014, the Salvation Army contract to provide welfare support to asylum seekers on Manus Island and Nauru will be taken over by the construction company Transfield Services. Given the emotional damage welfare professionals have experienced working in the detention system, how will a construction company equip staff to deal with the stresses of conditions on Nauru and Manus Island? Similarly, what is the impact on Customs and Border Protection Service staff tasked with rescuing and returning distressed vessels?

An analogous argument has been made in relation to the death penalty in the United States. Even if you believe in capital punishment as a legitimate act of the state, what is the impact on staff ordered to carry out executions of fellow human beings? A number of execution wardens have recently come out against the practice. According to Donald Cabana, a former Mississippi prison warden who presided over executions, “there is a part of the warden that dies with his prisoner.” A 2002 Stanford University Study highlighted the common experience of staff, including dissociative mechanisms, persistent guilt, stress and depression among execution teams.

The latest anonymous account about working for Serco points to comparable experiences for detention centre staff. Even if you could rationalise the damage to asylum seekers on national security grounds, it seems difficult to justify the mental health damage to the people working in detention centres.

The detention of asylum seekers and the harms that flow from this policy are a source of national shame. The incidental impact on the staff members who enforce the policy and witness the suffering of those detained is a hidden harm that needs further investigation. What is clear is that thousands of Australian citizens, alongside asylum seekers, are becoming victims of our government’s policy. •

Nik Tan is a lawyer and former Department of Foreign Affairs and Trade officer. He edits Asylum Insight.

The ten-year search for Somchai

One woman’s fight for justice following the disappearance of her lawyer husband has revealed a climate of corruption and deceit in Thailand. As the ten-year anniversary nears, Kate Hehir takes a closer look 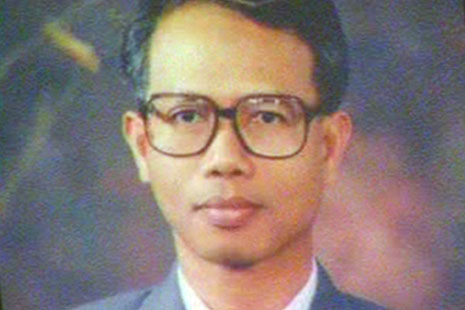