The new prime minister brings with him a reputation for levelling with voters, writes Peter Brent. But how frank will he be now he has the top job? 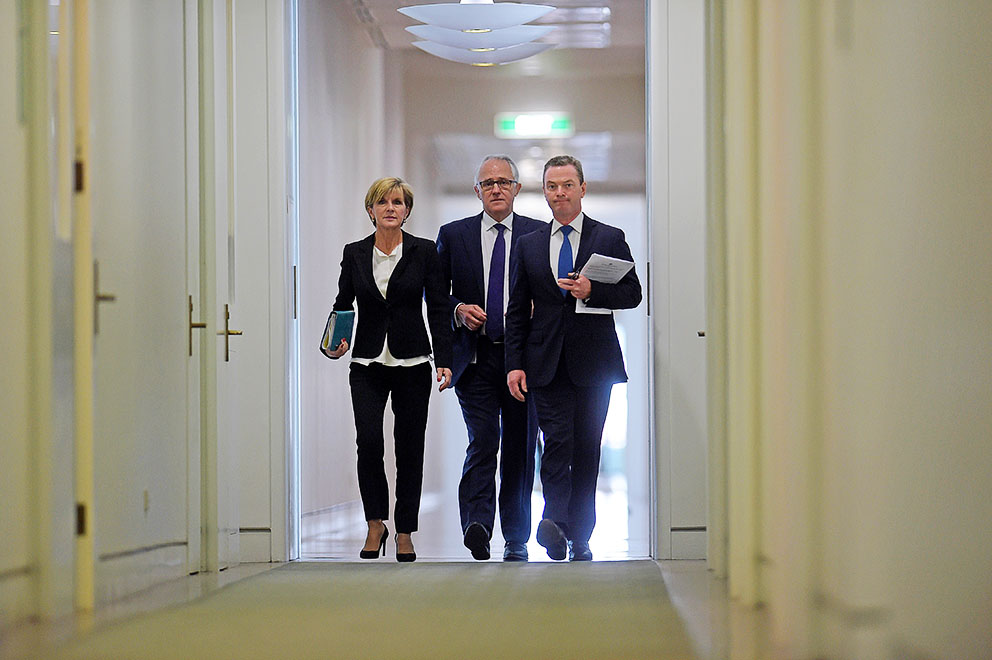 Malcolm Turnbull’s declared intention to commence a sincere dialogue with Australians – to replace Tony Abbott’s slogans with intelligent, honest discourse about the challenges and opportunities the nation faces – will be welcomed by many people. Politicians and politics are held in such low regard partly because their methods of communication have become progressively more contrived.

This is part of the “professionalisation” of politics, the increasing reliance on scripts driven by market research. Complain about the state of Australian politics to any member of the professional political class and they will patiently, pityingly explain that voters have short attention spans and if you want to get your message across you have to repeat it, again and again, in simple terms.

This logic reached its nadir with Julia Gillard’s 2010 “Moving Forward” slogan, which she and her ministers were determined to slip into every verbal exchange. The party’s brains trust was surprised when it quickly unravelled into a standing joke.

Some politicians are better at communicating than others. Barnaby Joyce finds a happy medium: he is generally on message but eschews the chosen slogan and instead employs a bottomless supply of entertaining metaphors to make the same point.

But Turnbull has long been the standout, on all sides of politics, in refusing to demean himself by sticking to the message. Rather than narrate the party’s talking points during interviews, he simply chats. It made him popular in the community but less so in the Liberal party room. Until yesterday, the complaint was that he wasn’t a team player.

Now he doesn’t have to be. So this new style of leadership could be refreshing. But will it work? Has politics evolved in this unpleasant way because it has actually proven effective?

Those stories of how the political greats – invariably Bob Hawke, Paul Keating, John Howard and Peter Costello – levelled with Australians about reform, and brought them along, are bunk. As a rule, the great reforms fetishised today were not successfully sold to the public at the time; they were put in place and people adjusted to them. This even applies to the GST Howard took to the 1998 election; he was re-elected despite promising the new tax.

Yes, Tony Abbott was unusually deeply trapped in Sloganville, unable to breach his comfort zone and mount a theme that didn’t seem to emanate from a comic book. But politically, a big part of his government’s troubles came from a very difficult Senate. Had the 2014 budget been wholly legislated straight away – instead of floating for a year, to be picked and poked at, the worst of both worlds – politics today would be quite different. It was the Senate he was unable to sell reform to, not the voters.

If Turnbull is true to his word, Australians will enjoy a leader who speaks honestly to them and isn’t a programmed automaton. The contrast with the emptiness of the ultra-recited, hollow Bill Shorten will be stark.

The case can be made that Australia hasn’t had a leader prepared to talk to the electorate intelligently since Paul Keating. To many in the political class, the 1996 election illustrated that indulging in large themes – engaging with Asia, for instance – was political suicide. But really, Hawke and Keating were the professionalised, on-message politicians of their day. Then along came John Howard, who dumbed it down several notches; commentators hailed this as part of his genius. The default setting of Kevin Rudd – who, like most of his generation, was influenced by Howard – was phony; then Gillard, convinced that Kevin had been too nerdy and wordy for voters, made it all stupider still.

Yes, Abbott put them all to shame. But you can take all this honesty with voters too far. One of the political benefits of being in power is the ability to tell whoppers about the opposition, about what they did when they were in government and what they’re proposing now. This constant misrepresentation must be corrosive of the soul, but the signs suggest it works. Hawke and Keating trashed Malcolm Fraser’s record with gross misrepresentations, and then Howard and Costello did the same to them. (Bipartisan beatification of Hawke and Keating is a recent phenomenon.)

Is Turnbull really going to throw away this re-election tool? To take one example: federal Labor’s biggest albatross is the debt-and-deficits story. It is likely to keep them out of power for at least the term after this. Aided by an inept Labor leadership, the Coalition has convinced the electorate (and a large proportion of journalists) that it was Rudd and Gillard’s fault that the Howard government’s budget surpluses turned into a sea of red. Forget boats and the “carbon tax”; this is the most important political dynamic today.

If Turnbull really came clean, he would describe how any government would have presided over debt and deficits during and after the global financial crisis, and if Labor hadn’t stimulated at all then the depleted revenue would have driven the budget deep into deficit anyway. And if there is blame to go around, it lies with the Howard government’s careless spending as much as with Labor. Imagine how the party’s true believers, who already detest him, would react to that.

And note Turnbull’s feeble attempt on Monday night to explain why he no longer advocates a price on carbon, and in fact supports “direct action.” If he was honest he’d explain that to become prime minister he had to forsake that which he had previously declared was non-negotiable.

Can honesty work in politics? It would be wonderful if it did, and politicians and voters really were grownups. • 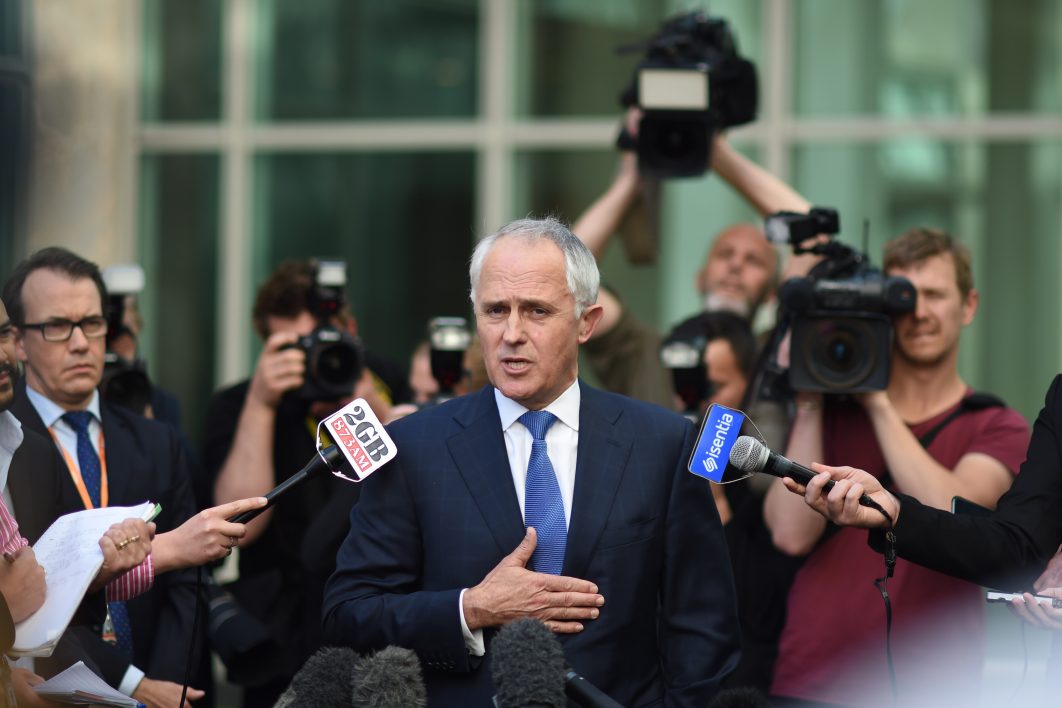