A mania for reality

Have the addictive qualities of Elena Ferrante’s novels distracted readers from their literariness? 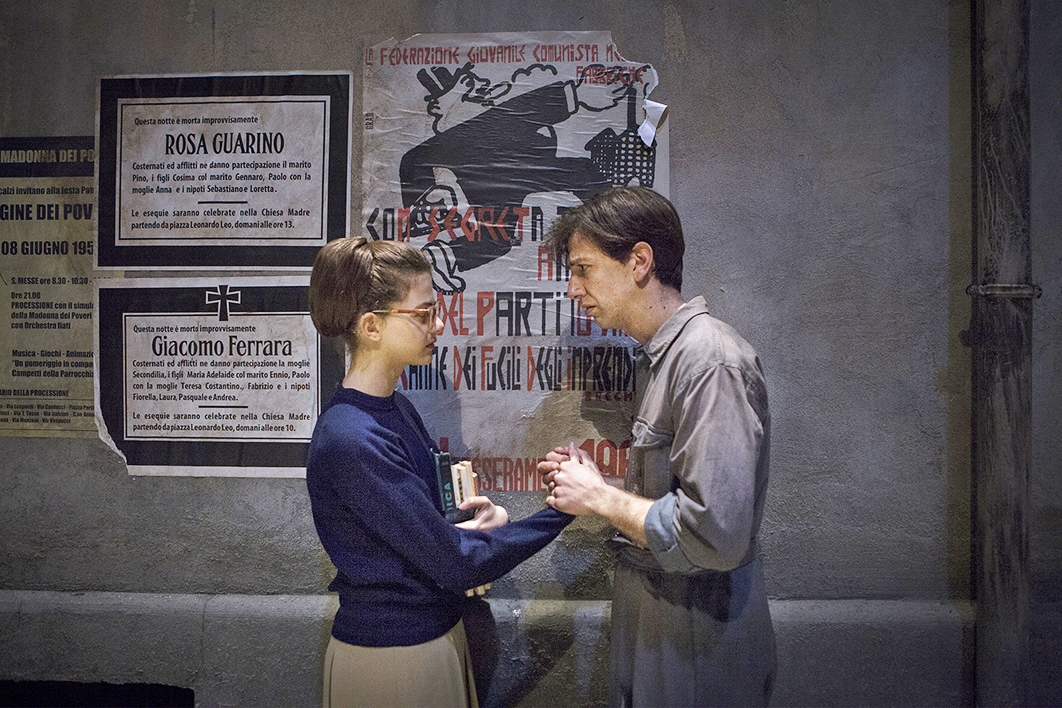 Who is Elena Ferrante? In her new book, Finding Ferrante, Italian scholar Alessia Ricciardi treats this as a theoretical question, exploring how portrayals of sexuality, working life and political conflict in Ferrante’s bestselling stories of Neapolitan life contribute to feminist perspectives on identity. But the fact that Ferrante isn’t the author’s real name means that much more literal questions of identity are at stake.

Ricciardi’s study is a curious act of faith, for it assumes we know who Ferrante really is. The Italian investigative journalist Claudio Gatti notoriously identified her as literary translator Anita Raja, and Ricciardi seeks to confirm that view by describing how the Neapolitan saga is an encounter between German and Italian traditions, and reflects Raja’s work as a translator of German literature into Italian.

But whether Ferrante has actually been “found” remains a matter of keen and sometimes bitter controversy. In email interviews, the person who writes under that name has insisted that the novels stand by themselves — that the absence of the author from the public sphere “makes the writing absolutely central.”

Ferrante’s statements about her identity are fraught with anomalies and paradoxes. This very refusal to be identified has become absolutely central to public interest in the novels, and has generated one of the most compelling literary detective stories of our times.

The obsession with finding Ferrante intensified with the publication of the quartet known as the Neapolitan novels (2012–15), the first two of which have been adapted for television as My Brilliant Friend. There is a provocative irony in Ferrante’s creation of a fictional alter ego who is both the narrator and central figure in the chronicle: Elena Greco tells us everything about every aspect of her own life.

In a narrative driven by what she has called a “mania for reality,” Ferrante evokes the fraught social world of the arid outer suburb of Naples in which Elena and her friend Lila spend their childhood, then moves through locations around the city, where a burgeoning intellectual culture provides wider opportunities. The reality-effect of these literary evocations is so powerful it has generated a tourist trade catering to those who want to see and experience the places for themselves.

In a sense, Elena Ferrante is Elena Greco, or vice versa. Lofty authorial statements about trusting the writing are all very well, but the crucial question is one of trust in the story. Does the author belong to these places in the way that Greco does? Has she experienced for herself the murky social and familial tensions that explode with such inevitability? Does the mania for reality hold true if she has not, and if she does not know the constraints of a life lived on the edge of poverty in an environment from which education is a sole and desperate escape route.

These questions burned along the trails of detection as they converged on a well-established Italian literary couple, novelist Domenico Starnone and his wife Anita Raja as likely suspects in the case. Starnone came into focus first, when a team of specialists in “stylometrics,” a form of linguistic fingerprinting, began to observe a strong correlation between his works and those published under the name of Ferrante.

Then, in October 2016, Claudio Gatti claimed his scoop. It was a case of “follow the money,” he said: sudden and otherwise unaccountable increases in Raja’s wealth, including real estate acquisitions, corresponded with the commissioning and release times of the Ferrante novels. Raja works as a translator for Ferrante’s publisher, so the transfer of income streams could be easily managed.

Gatti’s approach was aggressive and prosecutory. He claimed that Raja should be exposed precisely because her own biographical profile, as the daughter of middle-class parents and brought up in Rome, was so different from that of Greco. If there was a “real” story in Raja’s life, he asserted, it was that of her mother, a Polish Jew whose family fled to Italy during the Holocaust.

The exposé, published for anglophone readers in the New York Review, generated outrage among Ferrante devotees who saw it as not only an invasion of Raja’s privacy, but also a gross intrusion into their own intimate relationship with the works.

Raja’s role has been neither acknowledged nor effectively contested. But Ricciardi’s book is an attempt to resolve the question in a different way, bypassing the technicalities of linguistic fingerprinting to delve into the common thematic and literary preoccupations of Ferrante and Raja.

For Ricciardi, the choice of a quotation from Goethe’s Faust as an epigraph for the first novel in the quartet is of the essence, not least because Ferrante makes her own translation of the lines, in which the Lord pronounces on the relationship between Faust and Mephistopheles. Faust is one of those “bold, denying Spirits” whose rebellious energies soon burn themselves out; his counterpart Mephistopheles, who “works, excites, and must create, as Devil,” is the real adversary of divine order.

Taking these two figures to correspond with those of Elena and her “brilliant friend,” the endlessly disruptive Lila, Ferrante’s novels can be seen as a portrayal of feminist rebellion with mythic dimensions. Since Goethe is an important presence in the novels of Christa Wolf, all of which Raja has translated, Ricciardi suggests that this can be taken as a vital indicator.

“Like a cat burglar who cannot refrain from leaving clues at the crime scene,” she writes, Ferrante leaves “a signature that artfully encodes her likely identity as Anita Raja.” To the general reader, that’s a bit of a stretch. Academic enquiry has its own seductions, and it’s easy to overvalue evidence that is gleaned from extended trawls through dense material.

Nevertheless, this bold punt on the authorship question does create the pretext for an account of the Ferrante novels as literary fiction with themes that have been missed because of their addictive qualities as mass-market fiction.

Ricciardi finds complex and unorthodox aspects to the relationship between Elena and Lila. Though both of them experience violence and abuse, Ferrante doesn’t use the vocabulary of trauma or assault. Rather, she seems to take a psychoanalytic perspective by portraying Lila’s episode of breakdown as smarginatura, or “dissolving boundaries.”

Without the boundaries of a self there can be no identity, which is the fundamental challenge of the feminist politics to which Elena becomes committed. Her path as an academic and author enables her to form an identity from elements of masculine heritage, but it leaves her feeling she has been “invented by men” and is still imprisoned by traditions of female subordination.

An anarchic counterpoint to Elena, Lila steers her own working life through rollercoaster transitions. Never afraid to invoke the worst consequences, she nevertheless has a way of changing her own fate, often through the most ruthless of stratagems. In a phase of what seems like wilful self-destruction, she takes employment at the local salami factory, where the work involves standing for hours waist-deep in the mortadella brine. Bearing witness to these conditions in an impromptu address to a gathering of communist protesters, she demonstrates a capacity to transform into a political firebrand but then sidesteps the opportunity.

Ricciardi tracks the storylines against their historical background as both women get caught up in the shifting tides of postwar Italian politics. Here too she finds a strong trail of association with Raja and Christa Wolf, who hold a “similar pessimism” about the fate of Eastern and Western European nations. Raja supplies the critical link between two bodies of fiction in which the struggle of an emergent feminism may inevitably be crushed by ancient forms of patriarchy.

In her determination to see these works as “fiercely intellectual,” Ricciardi sidelines the very qualities that make them compelling for a vast readership. The warmth of the writing, the headlong rush of the prose, the intensely personal tone — none of these seems to belong to a vision that is consciously literary. These are not historical novels, but fictions born of lived history, with all its randomness and confusion.

Here, though, is the paradox at the heart of the novels. Elena Greco lives the life of an intellectual. For all the brutality of the social milieu in which she grew up, she creates an identity for herself through her work as a scholar and writer. Yet her outpourings as a narrator resemble the unmediated confessional of a diary.

There is a duality about Ferrante, whoever she is. Is the writer who responds to interview questions with scattergun references across the canon of literature, from Dante to Proust, Jane Austen to Walter Benjamin, who admits to a deep interest in Freud and a love of innovative cinema, really the same person as the author of the sprawling chronicles of Neapolitan life?

One school of thought is that “she” is indeed two people, and that the novels are a collaboration between Raja and Starnone. Starnone barely rates a mention from Ricciardi, but he is the one with claims to first-hand knowledge of the social turmoil of postwar Naples, and who has form as a virtuoso of the narrative voice. My money is on the two of them. •

Has Australia committed itself to going to war over Taiwan? (And other awkward questions about this week’s submarine switch) 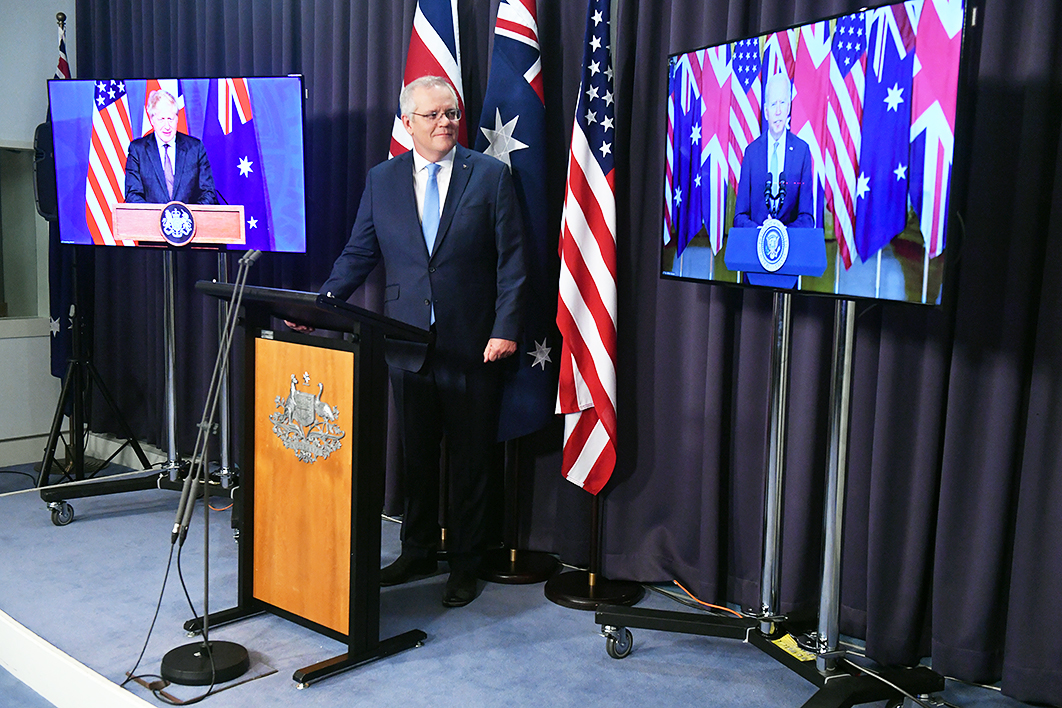