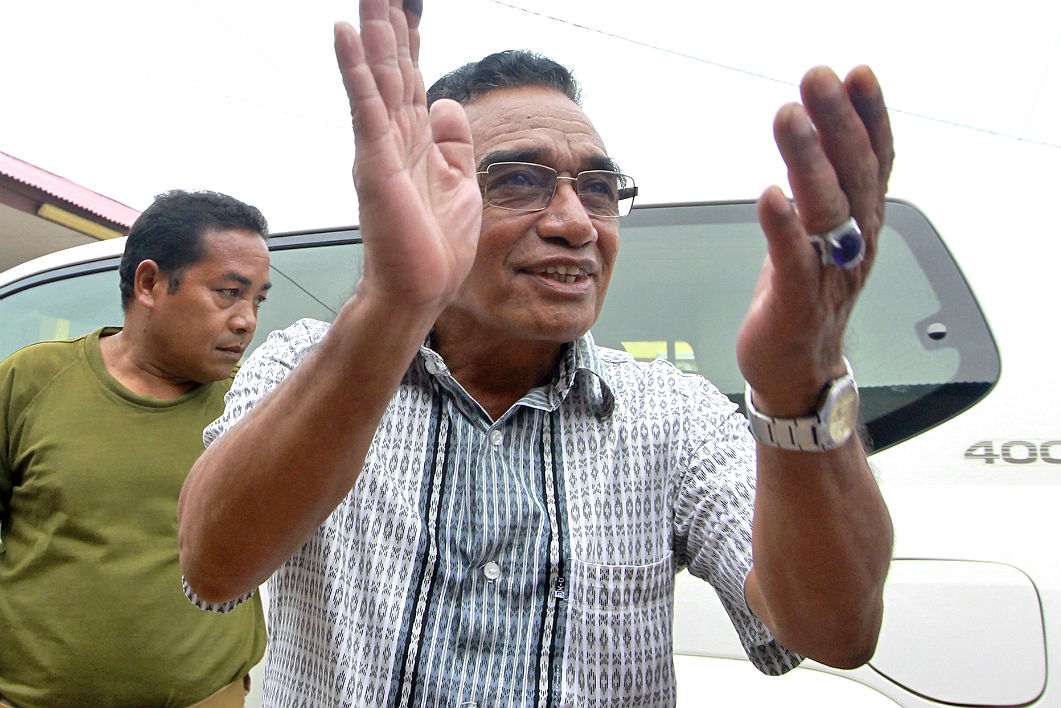 In early 2015, not long after the formation of the unprecedented national unity government between Timor-Leste’s two largest parties, the CNRT and Fretilin, senior CNRT minister Agio Pereira remarked on the country’s remarkable transition from “belligerent democracy” to consensus democracy.

In March 2017, when the two major parties supported the Fretilin candidate Francisco “Lú-Olo” Guterres for the presidency, this informal “grand coalition” seemed likely to continue. Yet three months after July’s parliamentary elections, Timor-Leste is on the precipice of a return to belligerent democracy.

Fretilin won the July parliamentary elections narrowly, with twenty-three seats to the CNRT’s twenty-two. In combination with a Fretilin president, this gave the party the opening advantage in the formation of government. Xanana Gusmão’s CNRT quickly quashed hopes of another national unity government, pledging to return to opposition. Significantly, Gusmão also ruled out leading an alliance of smaller parties: the CNRT, he said, “will not accept proposals from anyone, nor invite any party to form a coalition because it does not intend to participate in government.”

It seemed that the 2015–17 era of national unity was more dependent on CNRT dominance than had been assumed. Nonetheless, the prospect of a strong opposition was welcome after the weak parliamentary oversight of the previous government.

As no party had a majority, Fretilin attempted to form a coalition with the immediate ex-president Taur Matan Ruak’s new Popular Liberation Party, which held eight seats. The PLP had campaigned strongly against the megaproject-led development favoured by the previous government (embodied in Gusmão’s own Strategic National Development Plan), arguing instead for increased spending on basic development indicators like education, health and agriculture. Negotiations appeared to falter on the choice of president of the national parliament, a position approximating the position of speaker in Australia; the PLP was also concerned by Fretilin’s determination to include representatives from other parties in the government before a governing parliamentary alliance had been consolidated.

At this point, surprisingly, a new majority coalition emerged. It brought together the Democratic Party, with whom Fretilin has a fractious history, and the smaller youth-focused KHUNTO, only for the latter to exit at the last minute before the coalition-signing ceremony. This short-lived coalition did survive long enough to see Fretilin’s Aniceto Guterres elected president of the parliament.

With no alternative majority coalition proposed, President Guterres appointed a minority government of Fretilin and the Democratic Party, which together control thirty seats in the sixty-five-seat parliament. In Portuguese-derived proportional systems, minority governments are not uncommon, though this has not previously occurred in Timor-Leste’s short constitutional history.

With key leaders declining to offer an alternative coalition, prospects for stability seemed sound enough, at least for the medium term. And if the words of politicians couldn’t be relied on, there was also the relative implausibility of a CNRT–PLP coalition to consider. The well-known conflict between its leaders dates from early 2016, when President Ruak compared Gusmão to Indonesia’s one-time leader General Suharto, arguing there was widespread discontent with the CNRT’s development policies and that “privileges” had been granted to the Gusmão and Alkatiri families. The ideological distance between the CNRT and PLP platforms (the latter party had essentially mobilised against the former) seemed another obstacle.

But events moved rapidly, and the formation of various parliamentary committees showed that the CNRT, the PLP and KHUNTO were able to work together. Subsequently, the three parties formed the Opposition Alliance with a Parliamentary Majority, or AOMP, controlling thirty-five seats. And last Thursday these parties passed a motion rejecting the government’s legislative program. The government now has thirty days to resubmit, and it will fall if it is rejected a second time. The AOMP’s view is that it offers a viable alternative.

The PLP argues with some force that Fretilin’s dominance of the three sovereign posts of president, prime minister and president of parliament is unreasonable given it has only 30 per cent of the vote, though it was KHUNTO’s support that facilitated the latter appointment). It may be that a resolution to the current situation involves Fretilin relinquishing one of the three positions.

President Guterres, who has more power than is commonly recognised, will play a critical role in resolving the impasse. While East Timorese jurisprudence could take a different tack, precedent from similar semi-presidential regimes in the Lusophone world suggests he has wide constitutional discretion — though political realities may limit his choices.

If the government program doesn’t pass, Guterres has three obvious paths. He can seek a solution within the current parliament, inviting the second-largest party to try to form government. This would usher in a period of “cohabitation” between a CNRT-led government and Fretilin president, the path favoured by the AOMP. He could dissolve parliament and seek fresh elections. This is the path favoured by Fretilin, and presently appears to be the more likely outcome. We’ll come to the third shortly.

With the major parties at loggerheads, civil society organisations are concerned that conflicting constitutional interpretations will revive memories of the 2006 crisis and spread popular fears of instability. They have called for the parties to work together to establish a consensus for political stability.

Another complicating factor is that parliament can’t be dissolved until 22 January, with elections held some sixty days later. In effect, a new government is unlikely to be installed until late April. In the meantime, the Fretilin–Democratic Party executive would act as caretaker. (As a side note, it is unlikely that such a government could ratify the new maritime boundary treaty with Australia, due to be finalised in November. Though this is simply a matter of delay, it could set the treaty back by up to six months.)

Complicating matters further, the CNRT has sent some mixed signals in recent weeks, with senior party figure Agio Pereira joining the new government in a ministerial role for maritime boundaries. As recently as last week, Gusmão’s comments from overseas suggested the CNRT intends to remain in opposition, at least for the moment. The subsequent rejection of the government program has sent a different message, as has the line that the CNRT considers minority government to be politically unsustainable. Gusmão’s extended absence overseas — inevitable during maritime boundary negotiations with Australia but less so as he tours fire-ravaged Portugal — hasn’t helped resolve matters.

For the PLP’s part, several of its members joined the new government in ministerial roles only to have their party membership suspended. Though its parliamentary team is united, this hints at tension within the wider party as it manoeuvres closer to the CNRT, whose development policies it attacked throughout the election campaign.

It is difficult to see how a workable solution will involve Fretilin retaining all three sovereign posts. Likewise, it is hard to imagine that a 2007-style exclusion of the highest-voted party will aid stability, or that a new election will have a calming effect. Many in Dili await Gusmão’s return in the hope it will resolve the mounting tensions. It is still possible that his presence will see the government program passed, at least for the short- to mid-term. This scenario — the third path open to Guterres — would see the present government retained but substantially remoulded, as Gusmão is known to be unhappy with certain ministerial appointments. But that option is rapidly receding in favour of a new election campaign. Fretilin is promising to take its program to the people, to sell its contents directly.

A new election would bring risks for all parties. The CNRT and Fretilin effectively promised a continuation of political stability, and are yet to deliver it. The likely increase in the revenue shares from Greater Sunrise and rumours of the discovery of onshore oil and gas deposits make control of the state a bigger prize than ever.

For the smaller parties, a new election would not only be financially challenging. Having moved close to the CNRT in opposition, the PLP also risks alienating voters drawn to its alternative development vision. For the Democratic Party, similar risks may attend its decision to team up with Fretilin, with whom relations were formerly testy.

For his part, Xanana Gusmão would likely see his success in maritime boundary negotiations with Australia as a powerful tool for campaigning. Fretilin, in turn, would have the best part of five months to take its government programs to the people.

Gusmão’s return may yet see the government program pass on second reading. Failing that, the prospects for increased partisan conflict, and a return to “belligerent democracy,” are increasing. As prime minister, Gusmão helped found an international group of fragile post-conflict states “moving to the next stage of development,” known as the G7+. As positions polarise in Dili, Timor-Leste is at risk of losing the hard-won ground of political stability forged over the last decade. ●

Michael Leach is Professor of Politics and International Relations at Swinburne University of Technology. This article originally appeared in The Interpreter. 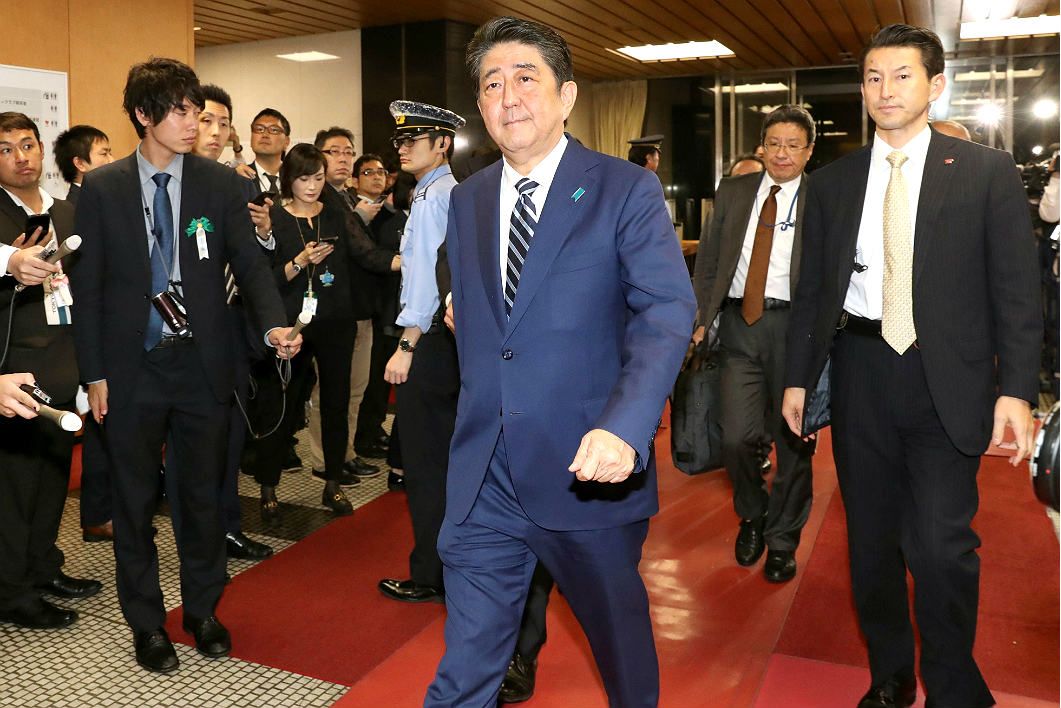