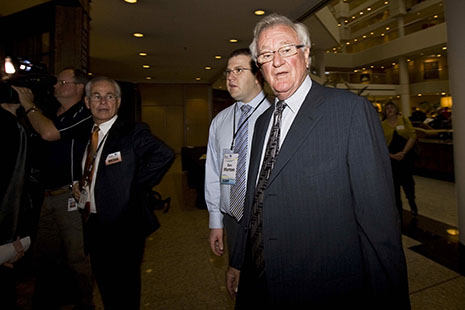 THE FEDERAL COALITION is undisciplined and has an identity crisis and a leader whose flaws are obvious. These are largely the fruits of opposition. But desperate times can lead to desperate measures, and many on the Liberal backbench evidently believe they can win the next election by running a strong campaign against an emissions trading scheme.

For many, perhaps most, in the party room, the “no negotiation before Copenhagen” position is a holding pattern before outright opposition to any scheme. Wilson Tuckey and the Nationals’ Barnaby Joyce express it most clearly: they have been listening to their constituents and believe they can win the next election on an anti-ETS campaign.

The obvious comparison is with that most successful of scare campaigns, Paul Keating’s against John Hewson’s goods and services tax during 1992 and early 1993. But this formulation is wrong. The ETS will not much bother the government at the next election. For one thing, “addressing climate change” was something most of the electorate wanted from its government at the last election, and still wants (albeit in decreasing amounts). Indeed, John Howard also promised in 2007 to introduce an ETS because he believed it would be popular.

This is the very opposite of the dreaded GST, never wanted by most Australians, discarded by the Hawke government in the 1980s, rejected by the voters in 1993, sworn off by Howard for the 1996 election and then brought back in 1997 as a way to provide definition to a drifting government.

More important, though, is the fact that no opposition has ever run a successful scare campaign. Governments have the financial resources, machinery of bureaucracy and the ability to manipulate the news cycle. Much more than that, governments enjoy legitimacy and are seen as safe. They are all but impossible to portray as risky. The main task of oppositions, on the other hand, is to minimise the perception of the risk of changing governments.

The Rudd government can (and will) go to the next election warning of the chaos and misery that will befall us if Malcolm Turnbull (or whoever is Liberal leader) becomes prime minister. The opposition simply can’t do the same about Rudd, because people know he’s not like that. Oppositions usually only get traction from misdeeds the government has already performed.

So the Coalition has little hope of scaring voters into a change of government in 2010. But the election after that, after the scheme is introduced, is a different matter.

All new policy measures have teething problems. The Rudd government has already done its share of bumbling, for example with their stimulus package in schools; more recently insulation scams have been in the news.

The framework within which this takes place – the doling out tens billions of dollars – and the fact that much leeway is usually given to young governments, has probably minimised the political damage. But an ETS, whose purpose is to embed price signals into goods whose production produces carbon, is different. It has to hit where it hurts. It is very complicated and there will almost certainly be adjustments, nasty running headlines, backflips and ministers fluffing their lines.

At some point, perhaps after a particularly hot summer, electors will open their utility bills, see those price increases and flinch. It is the way of things that many will attribute a greater component of their bill to the ETS than is warranted. Perhaps some will say “well, this is what we voted for.” But if the government has seen to have made a mess of it then people are likely to connect the two and get angry.

This will also be at a time when the prime minister is no longer Father Christmas. Stimulus spending will be no more, the budget on its slow journey back to surplus. Rudd will have done what all leaders must: make some difficult decisions. The government, not the opposition, will often be the news.

Some will see this as a reason for the Coalition to oppose the ETS outright in 2010. But that would make them the issue. They would lose the support of business and the electorate’s sensible middle. They would embody a party “not yet ready to govern” and be slaughtered at the ballot box (as opposed to merely “thrashed”).

There are precious few advantages of being in opposition. But being able to have it both ways is sometimes one of them. •

Peter Brent is a researcher at the ANU and publisher of Mumble.

The milk of human kindness 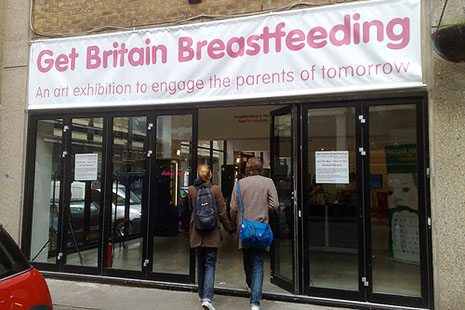