Despite her prejudices and shortcomings, something pulls us back to the bestselling crime writer of all 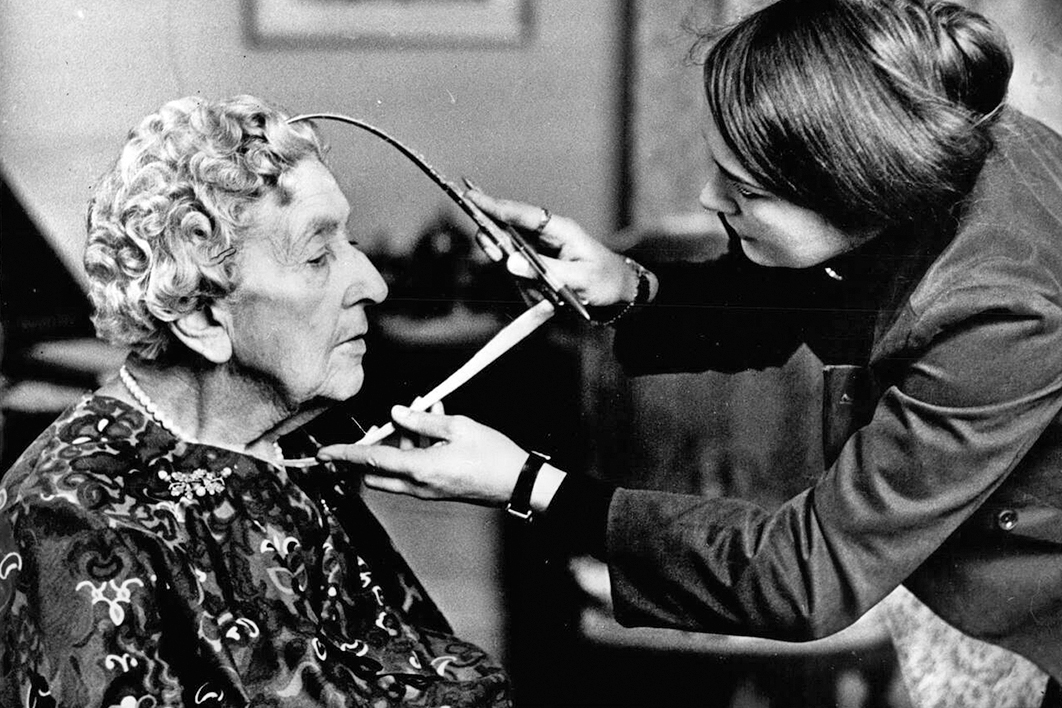 After the Queen, and possibly Princess Diana, Agatha Christie is arguably the best-known English woman of the last century. Her books continue to be read — I recently spotted a set of new translations in Italian — and filmed, often with disastrous results in the latter case, as when Kenneth Branagh tries to outdo David Suchet as Poirot.

Like many of my friends I continue to fall back on Christie as solace when I am sick or travel-weary. As W.H. Auden observed, one forgets the story as soon as it’s finished. (And James Baldwin spoke of Christie consoling him in many a lonely hotel room.) Her magic was to create intriguing puzzles around stock characters that depend on the reader’s ability to ignore the sheer improbability of her solutions. Her books are mercifully short and broadly predictable, even though their settings range from English country houses to ancient Egypt to the stranded passage of the Orient Express.

As detective stories have got longer and more detailed — think of the weighty tomes of Elizabeth George, the American whose pseudo-English snobbery outdoes even Agatha’s — few display the ingenuity that characterises the best of Christie. The narrator as murderer? — done that (Roger Ackroyd). The entire cast as co-killers? — done that (Orient Express). Longest-running play in the West End? — yes, that as well (and The Mousetrap is set to make a belated appearance in Melbourne next year). The play even provides the backdrop to a very confusing film, See How They Run, which is replete with Christie references.

And Then There Were None, with its careful destruction of an entire group, cut off from the outside world, has given rise to at least seven film adaptations, including a Soviet version. And at least half a dozen lesser-known Christie mysteries are equally ingenious. Much of what she wrote — the heavy-handed spy thrillers, the romances under the name Mary Westmacott, the mysteries solved by that irritating couple, Tommy and Tuppence — are at best superior trash.

With a number of Christie biographies already in print, why, we might ask, do we need another? Lucy Worsley makes two claims for her entry into the field, Agatha Christie: A Very Elusive Woman: that she has uncovered new clues about the apparent disappearance of Christie, and that she wants to portray Christie as a feminist icon, although Christie herself would have scorned the term.

What emerges from her book is a not particularly likeable woman who was a terrible mother if a devoted grandmother. As the poet Dorothy Porter would point out, when we met for coffee and what she called “Aggie” talk, there are few children in her books, and at least one is a murderer.

Christie’s disappearance in 1926, when she apparently suffered a mental breakdown and booked into a Harrogate hotel under an assumed name, has occasioned vast speculation. Worsley adds very little, though she devotes forty-six pages to chronicling the event. It was a sensational news story in its day, with thousands searching for her, and I am no surer now than before I read this book whether it was a case of genuine amnesia or a clever publicity stunt by a writer who needed attention.

Worsley claims that Christie “redefined the rules for her social class and gender.” This is a large claim and one she hardly bears out. It could equally be argued that Christie reinforced existing views of class and triumphed as a successful writer in one of the few literary genres where women dominate. She was, after all, part of a group of writers that included Dorothy Sayers and Ngaio Marsh and was succeeded by P.D. James and Ruth Rendell. Rather like the redoubtable women of the royal family, whom she somewhat resembled, Christie failed to challenge existing views of what was possible for women. She was hardly Virginia Woolf.

In an era that demands we rename Quidditch because of J.K. Rowling’s trans views, it is extraordinary that Christie remains so popular despite her racism, anti-Semitism and general xenophobia. Worsley tries, I think unsuccessfully, to explain if not fully excuse. It is true that Christie echoed the prejudices of conservative middle-class England of the 1920s, but there is a venom in some of her comments that shocked even when they first appeared. As Worsley acknowledges, complaints came from the United States about her anti-Semitism, which endured even after the end of the second world war.

Worsley wants us to believe Christie is a better and more serious writer than most of us think she is. Her “thrillers,” she writes, “are arch, glamorous, implausible and pacey,” which is a more generous assessment than mine. But if we viewed her as a literary figure then her prejudices, which seem to cover everyone beyond the middle classes of southern England, would weigh more heavily. Yes, “each story is an artefact of its writer’s class and time.” (I was reminded of Gore Vidal’s remark, when accused of racism, that what else could one expect given how he was raised.) But we expect writers to examine those assumptions, not reflect them unthinkingly.

In an acid review in the New York Review of Books, Frances Wilson says that “Worsley fails to prove that as an iconoclast Christie broke anything very much, other than the world record for bestselling author of all time.” I think this is unnecessarily harsh, but Worsley fails to explain the most interesting facts about Christie, namely her uncanny ability to dream up improbable but captivating plots, and her diligence in writing them. Robert Barnard explains her much better in his A Talent to Deceive. (Barnard’s own mysteries are great fun to read — Death of an Old Goat is based on an unhappy period at the University of New England — but they lack the cunning of Christie’s plots.)

Christie’s ingenuity is best understood by reading those who have sought to imitate her. It must have seemed a good idea to HarperCollins to invite twelve authors, all women, to write a story featuring Jane Marple. My most generous assessment is that only half of the stories should have been published — and that to place Miss Marple in the United States, as several of the authors do, almost guarantees a lack of authenticity. Nor would Jane Marple ever address her servant as “love.”

But six out of twelve is not a bad score: I particularly liked the stories by Leigh Bardugo, Kate Mosse and Val McDermid, the best known of the contributors. Surprisingly, none of the stories picks up on Christie’s fondness for butch women and effete men. Worsley, for her part, is indebted to the young English scholar J.C. Bernthal, who has written a book called Queering Agatha Christie — an idea that Dorothy Porter and I discussed at a raucous Sisters in Crime event many years ago.

Her books frequently make discrete references to homosexual characters. In her early work, The Mysterious Affair at Styles, she describes one character as having “a deep voice, almost manly in its stentorian tones, and… a large sensible square body, with feet to match.” As she grew older, lesbian relationships become overt, as in A Murder Is Announced. Miss Marple might well have been less squeamish in acknowledging same-sex relationships than the authors in this collection appear to be.

One of the problems for anyone trying to write in Christie’s voice is her consistent racism, and several of the authors try to correct this by introducing sympathetic non-white characters. Sadly this makes their stories ring false. I admired the guts of Naomi Alderman, who allows a character to express the sort of anti-Semitic remark found in so many of Christie’s books. The valiant attempt by Jean Kwok to give Miss Marple an understanding of Chinese culture has Jane even doing tai chi, which I suspect would have horrified Agatha.

Like P.G. Wodehouse and Enid Blyton, Christie belongs to an England long gone. I have no doubt that she remains popular in those Tory redoubts that supported Liz Truss. But her appeal goes far beyond those readers who inhabit the worlds she writes about. As Worsley demonstrates, many of her stories are based on real events and people in her life. But rather than read 400 pages about her life, I’d go back and reread the dozen or so Aggies that set a standard for ingenuity no one else has matched. •

Dennis Altman is a Professorial Fellow at La Trobe University. His most recent book is God Save the Queen: The Strange Persistence of Monarchies (Scribe, 2021).