Always within striking distance of losing 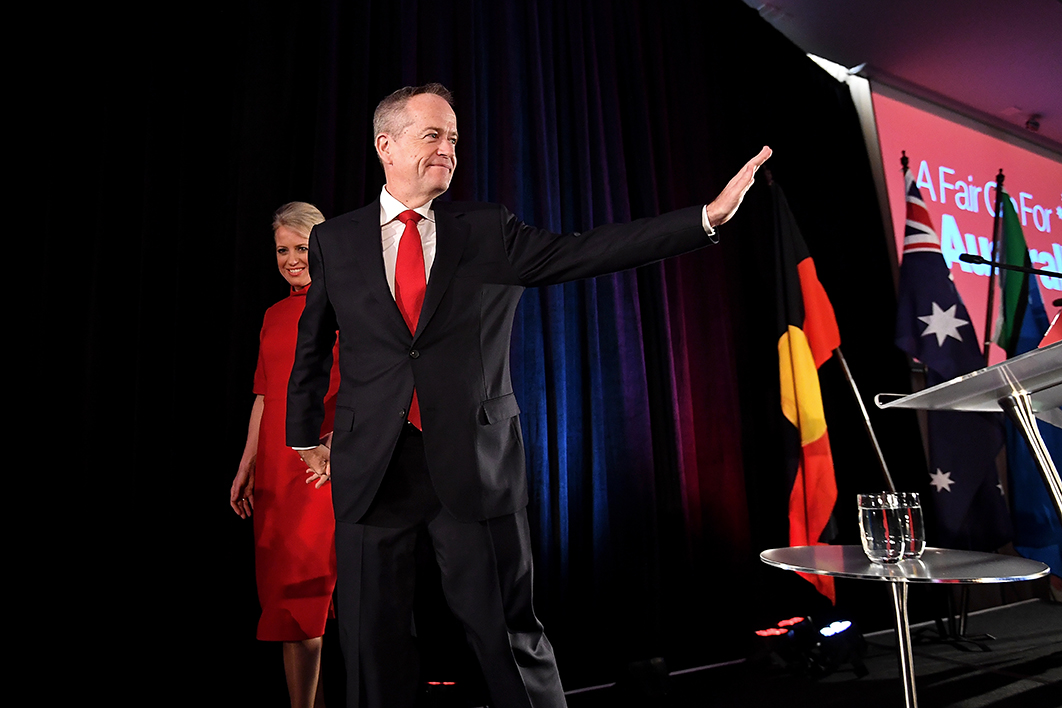 Each generation of Australians of the broad political left is all too well acquainted with the sheer monotony of the federal Labor Party’s record of failure. Those of us who came of age during the Howard years were burned by the renewed hope that blossomed with each plodding term of the Howard government only to be followed by inevitable disappointment. John Howard ruled for only eleven and a half years in the end, but sometimes it felt like he might be prime minister forever.

Labor’s 2019 electoral disaster, then, was in many ways not all that surprising, despite the overwhelming anticipation of victory. The key difference is that, in Howard’s government, Labor had faced a formidable, cohesive adversary, whereas the talent-poor Coalition in 2019 looked irreconcilably divided between its pragmatic centre and its increasingly reactionary right-wing rump. Following his “miracle” election victory, the conservative commentariat were quick to paint Scott Morrison as a political mastermind, but his handling of the bushfires and Covid-19 brought his flaws into the spotlight much sooner than expected.

In 2019 Bill Shorten — surely the most uninspiring federal leader in Labor Party history — was beaten by a policy-free marketing man who demonstrates no particular talent for marketing. The election campaign was every bit as miserable as that sounds, and Samantha Maiden’s Party Animals certainly captures its banality. Political tragics looking for a rollicking read peppered with engaging characters and memorable anecdotes will be disappointed. The storyline — mediocre centre-left politicians and their none-too-clever advisers sleepwalk towards defeat — is so familiar it reads like an Antipodean remake of Shattered, the equally mundane insider’s account of Hillary Clinton’s 2016 election catastrophe.

As many commentators and critics have pointed out, the contemporary Labor Party remains in thrall to the mythology surrounding the Hawke–Keating years (1983–96), its last successful period of government. So it is fitting — and disheartening — that the first chapter of Party Animals is framed around the views of Paul Keating and his close ally, former ACTU secretary Bill Kelty. The two old Labor stalwarts were supportive of Shorten and Chris Bowen’s push to find savings through reform of negative gearing and the franking credit tax rorts, but, in purist neoliberal style, they wanted the savings to go towards tax cuts rather than spending on vitally needed services. Kelty was scathing of some Labor frontbenchers’ desire to spend money in their portfolios. “It is good people trying to do unsustainable things,” he tells Maiden. “Big spenders have always been a great danger to Labor.”

Maiden unwittingly demonstrates the extent to which this warped worldview permeates our political and media class by spending a chapter musing on, of all things, a confused and rambling post-election LinkedIn essay by Labor-aligned economist Alex Sanchez. “Australian Labor, once the beacon for how moderate, Centre Left parties govern,” Sanchez writes, “allowed itself to uncharacteristically stroll into the world of Sanders, Corbyn and the climate change zealots… How on earth could the party of Hawke/Keating adopt a big taxing, big government, big climate agenda? Is it really possible that modern Labor could be that out of touch?”

Maiden kindly corrects Sanchez’s countless errors, but she cannot hide the deficit of insight or original thought. This is the same reheated neoliberalism brought out by the Labor right after every defeat, more enamoured of the budget surplus fetishism of the Liberal Party than it is of any great Labor tradition. In fact, a similar critique of Labor’s apparent lurch to the left was published by one of its up-and-coming apparatchiks following Mark Latham’s ignominious defeat in 2004. His name? Bill Shorten.

Depressingly, Maiden was not alone in being bowled over by Sanchez’s “brutal assessment of where Bill Shorten went wrong.” New leader Anthony Albanese was said to be impressed and has since hired the former Latham staffer as a senior economic adviser. And so the cycle goes on. If this is the quality of thinking that commands the attention of the opposition leader, the federal Labor Party is even worse off than I thought.

At a time when governments around the world are being asked to do more, not less, many members of the Labor Party are still spouting the neoliberal shibboleths that have contributed to our present discontent. They pay lip service to the demands of their traditional base of working people, many of whom have recognised the con and abandoned the party for good. Labor’s fortunes would surely be even worse without the lifeline of an electoral system that forces people to choose between two deeply unsatisfactory major parties.

Maiden — ensconced as she is in the Canberra press gallery — seems less interested in this broader context than she is in some rather tedious sideshows, such as the failings of political polling (on this issue the reader is treated to two entire paragraphs repeated verbatim just six pages apart). She is also overly reliant on self-serving commentary from figures we already hear too much from. What value is there in quoting Graham Richardson’s rambling inconsistency, or in having Barnaby Joyce refute the notion that the Liberal Party entered into a Faustian pact with Clive Palmer and then investigating the issue no further?

If there is one thing that Labor has learned throughout its long history of being, in the words of one party official, “always within striking distance of losing,” it’s how to handle defeat with good grace. And so, in an almost unsurpassable backhanded compliment, Labor campaign director Noah Carroll praises Bill Shorten’s “instinctive understanding of how to conduct himself in defeat,” which was “an example of his leadership qualities.” What more could the Coalition wish for? •