American democracy at its best? 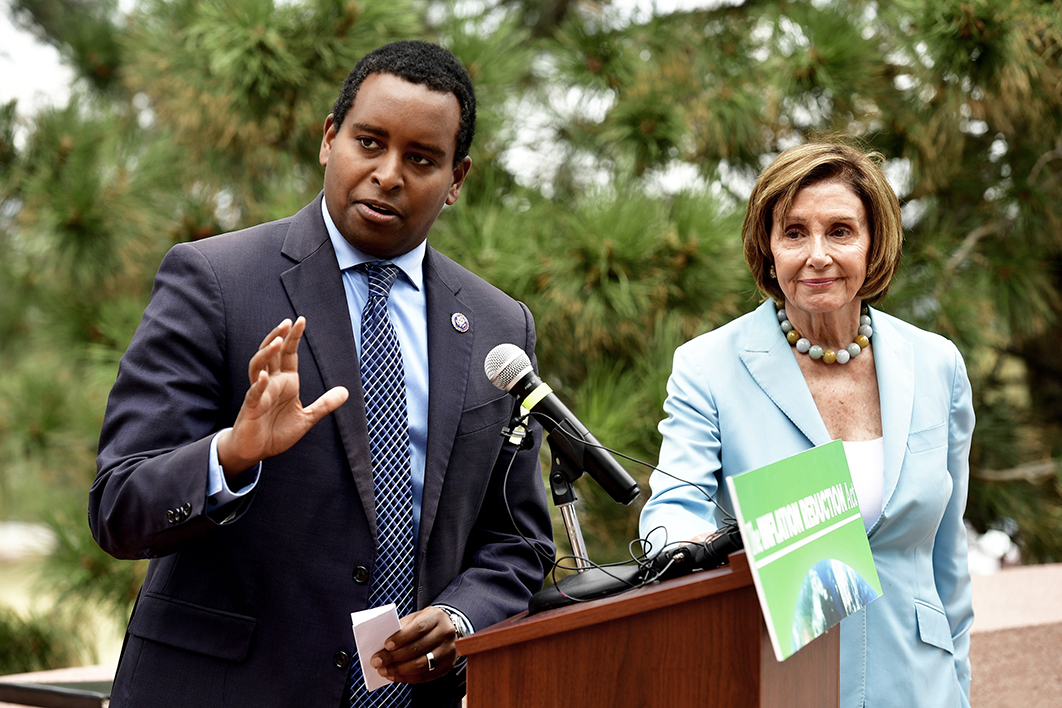 This week, like a growing number of Americans, I cast an early vote in the 8 November midterm elections. Voting by mail or email in my home state of Colorado is straightforward and relatively unencumbered by the voter-fraud controversies generated by Donald Trump and the MAGA wing of the Republican Party. In fact Colorado — one of five states that allowed mail voting before the pandemic set in — has been held up as an exemplar for other states.

Colorado has also done almost everything election experts recommend to protect its electoral system from hacking. County clerks are combating disinformation about the security and reliability of the system and refuting false claims of potential fraud in the wake of last year’s presidential election.

A large majority of Colorado voters have opted to be placed on a permanent mail-ballot list maintained by the state. As an overseas voter, I received an email link to the ballot papers from the office of the clerk and recorder of Summit County (my district of residence) at the beginning of October. I needed some personal details to unlock these papers and a little tech savvy to fill them out and submit them. I returned my completed voting paper, along with an affidavit attesting my eligibility to vote, by email a few days later.

I have since received an email from Colorado BallotTrax to inform me that my ballot was received. A phone number and an email address are given for any questions I might have, and a link to the GoVoteColorado.gov website operated by Colorado’s secretary of state. Another email will let me know when my vote has been counted.

I voted in the same way in the Democratic primary races earlier this year (the results are here) and in every presidential and midterm election since I became an American citizen. A highlight was voting for the 2020 presidential primaries, in person this time, at the old County Courthouse in Breckenridge, using an unwieldy electronic voting machine. But it wasn’t very celebratory; although “I Voted” stickers were available, democracy sausages were nowhere to be seen.

In this election I could vote for one of the state’s two federal senators (incumbent Democrat Michael Bennet or Republican Joe O’Dea); for the representative for the second congressional district (incumbent Democrat representative Joe Neguse or Republican Marshall Dawson); for a state senator and a state House of Representatives member; and for thirteen state-wide offices, including governor and lieutenant governor (with Democrat incumbents Jared Polis and Dianne Primavera seeking re-election), attorney-general, secretary of state, treasurer, and four representatives each for the State Board of Education and the State Board of Regents, which oversee state spending in schools and universities respectively.

Voters who hadn’t run out of energy by that point could also say yes or no to eleven state ballot measures on public school funding, alcohol licencing and other matters. No judicial positions were on the ballot, but I could register whether or not I wanted those in current elected judicial positions to remain. (Full details of what was on the ballot are here.)

Colorado is a blue state with pockets of more conservative voters, including ranchers concerned about gun rights, petrol prices and more. (One rancher is currently spending US$11 million on anti-Polis billboards.) It also has five military bases, home to some 60,000 people, as well as military retirees and evangelical church members. But the political demographics are changing, with young, college-educated suburbanites making up a rising percentage of the population. After voting primarily Republican from 1920 to 2004, the state has voted with the Democrats in the last four presidential elections; Biden won in 2020 with a 13.5 per cent margin.

The Democrats hope that the 2022 midterms will defy historical precedent and enable them to retain control of the Senate and perhaps even hold the House. In Colorado, Senator Michael Bennet holds a comfortable lead over his Republican opponent and has done well in fundraising, but it is critical that this low-key senator is able to stave off his Republican opponent, Joe O’Dea. O’Dea’s moderate positions on issues like abortion, his rejection of former president Donald Trump and his endorsement by former president George W. Bush make him a very real threat.

Controversial Republican Lauren Boebert, who represents Colorado’s third congressional district in the House of Representatives, is backed by Trump and has earned notoriety for her inflammatory remarks. She has positioned herself as one of the most far-right members of Congress. One poll has her in a statistical tie with her Democrat challenger Adam Frisch, and there are hopes that he has the momentum to make this a competitive race.

Boebert won in 2020 with just 51 per cent of the vote, in a district that includes the wealthy ski centres around Aspen and the middle-class cities of Glenwood Springs and Pueblo, and where 43 per cent of voters are unaffiliated. But the nonpartisan election handicapper Cook Political Report rates this district as solidly Republican. This race matters, not just because it contributes to controlling the House of Representatives but also because more wins for Trump-endorsed candidates will boost his kingmaker status and increase the likelihood he will run for president in 2024.

In contrast to Boebert’s high-profile contest, the second congressional district where I vote remains a solidly Democratic seat. Our local congressman, Joe Neguse, who is running for a third term, is the son of Eritrean refugees (a significant number of whom have settled in Summit County) and the first African-American man elected to the US Congress from Colorado. His Republican opponent Marshall Dawson is so low-profile I had to research him on the internet, and I still don’t know much about him.

Neguse, who is on House leader Nancy Pelosi’s leadership team, is one of the co-chairs of the House Democratic Policy and Communications Committee. He was also chosen as an impeachment manager for Trump’s second impeachment trial. In recent years, this seat has been a strong jumping off point for politicians seeking higher office: of the last four to hold it, two went on to the US Senate and one (Polis) to the governorship.

Neguse has already marked himself as a man to watch, and he is expected to play an enhanced role in the House leadership as old hands like Nancy Pelosi and Steny Hoyer step aside.

State elections are an increasingly important feature of the American political landscape. State governors and legislatures oversee the drawing of electoral boundaries, determine voting rights, decide who is eligible for Medicaid, and now— after the recent decision of the US Supreme Court — make decisions about abortion access.

In this, too, Colorado is in a better position than most other states. Since 2020, the state’s legislative and congressional districts have been drawn up by two separate independent redistricting commissions created after the state’s voters resoundingly approved ballot provisions in the 2018 elections.

The state has also set up an insurance marketplace (as outlined in the Affordable Care Act) to help make health insurance more accessible, and more than half a million Coloradans are covered under Medicaid Medicaid expansion. Low-income undocumented pregnant people and children will gain eligibility by 2025. It is ranked in the top ten states for healthcare.

In April, Governor Polis signed into law the Reproductive Health Equity Act, which codifies protections to ensure that abortion and choice remain legal in Colorado; in July he signed an executive order further protecting reproductive health rights and clarifying that Colorado won’t cooperate with other states’ criminal or civil investigations of health decisions that are legal in Colorado.

Polis has a good track record: he has provided full-day kindergarten and universal preschool and he is entitled to tout his management of the pandemic. FiveThirtyEight’s poll average has him ahead of his Republican rival Heidi Ganahl by a widening margin of 14.3 percentage points.

The political climate has seen secretaries of state — who oversee elections and maintain voter registration files — become increasingly important. Colorado incumbent, Democrat Jena Griswold, made a name for herself in 2020 when she pushed back on national television against election disinformation and challenged Trump’s assertions that mail ballots are less secure. She has subsequently faced death threats from Trump allies.

Griswold successfully went to court to bar Mesa county clerk Tina Peters, who faced criminal charges for allegedly compromising voting equipment and election security, from overseeing both the 2021 election and this year’s midterms. Undeterred, Peters ran in the Republican primary but was beaten by Pam Anderson, a former head of the Clerk’s Association who has made standing up for the state’s election model central to her campaign. No polls are available for this race, but Griswold has to be seen as the frontrunner, although Anderson is a plausible opponent.

Voter turnout — always a problem in the United States and especially so in midterm elections — will be crucial for Democrats if they are to retain the seats they need to hold power in Congress. Campaign staff aim to keep the spotlight on abortion and women’s anger over the Republicans’ curtailing of their rights to reproductive health. Colorado’s progressive stance on abortion issues might turn out to be a two-edged sword, though, if voters don’t feel their reproductive health rights are under threat and aren’t motivated to vote.

Polling suggests the key issues for the state’s voters include inflation and the cost of living; housing shortages and homelessness; climate change, with the state exposed to wildfires and drought; and the cost of childcare. Still, protecting abortion rights and addressing racism and discrimination are in the top ten.

As voting begins around the nation, the FiveThirtyEight forecast has Democrats slightly favoured to win the Senate and Republicans slightly favoured to win the House — and the evidence is that all the races are tightening. Ten states in particular will play a significant role in deciding the balance of the US House and Senate and shaping the map of governorships: Arizona, Florida, Georgia, Nevada, Pennsylvania, Kansas, New Hampshire, Ohio, Wisconsin and North Carolina.

While Colorado doesn’t appear on that list, every race is important, never more so than this year. The United States is facing rising threats from domestic extremists and those who would undermine the sanctity of the right to vote. As vice-president Kamala Harris says, “everything is on the line in these elections.” •