In the lead-up to the presidential elections, Republicans are using whatever weapons they can lay their hands on 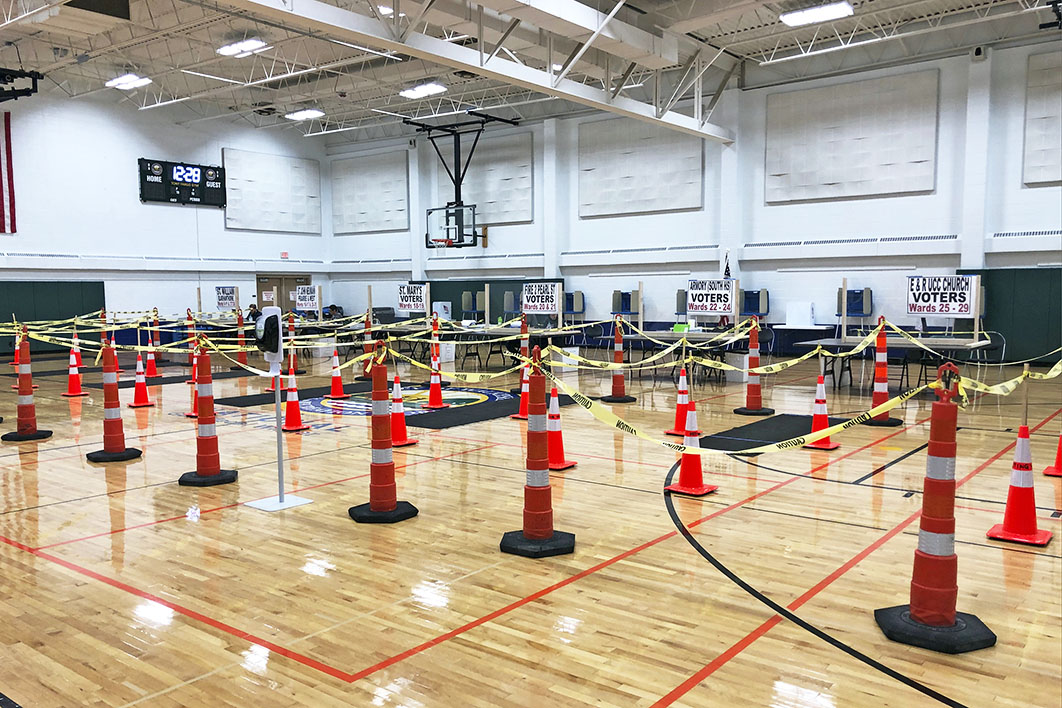 It’s hard to imagine that this time last month we were caught up in the results of Super Tuesday’s Democratic primaries and awaiting the next debate between Joe Biden and Bernie Sanders. It’s hard to believe that just 252 cases of coronavirus had been recorded in the United States, forty-four of them in New York, and fourteen deaths. It’s hard to credit that Donald Trump, at a press conference at the Centers for Disease Control and Prevention laced with boasts about his knowledge of infectious diseases, said he was “not concerned at all” about coronavirus. And it’s eye-rolling that he then headed to Mar-a-Lago for a fundraiser and a dinner with Brazilian president Jair Bolsonaro.

So much has changed since then, although Trump continues to give daily cause for despair. Much of the United States is in shutdown, hospitals in cities like New York, Los Angeles, Chicago and Detroit are rationing care, hundreds of thousands of Americans are infected and thousands are dead and dying, and people are fearful. Trump now warns there will be “a lot of death.”

Along the way, the electoral process has almost ground to a halt. Only one certainty remains — Americans will go to the polls to elect their president and their political representatives on 3 November. Everything else is open to question, and made doubly fraught by the longstanding shortcomings of America’s electoral arrangements.

The electoral process has always put obstacles in the way of voters trying to exercise their democratic rights, especially if they belong to particular groups. Partly as a consequence, voter turnout is also a serious problem. The obstacles seem set to be even greater this year, with those most likely to be denied easy access to voting also being hardest hit by the pandemic. (This is especially the case for African Americans and Native Americans.)

The Democratic primaries are essentially on hold, with most states either pushing back their voting dates or extending the deadlines for mail-in votes. (Trump effectively short-circuited the Republican process, frightening off any challengers.) With about 60 per cent of delegates allocated, Biden holds an almost unassailable lead over Sanders: of the 1991 delegates needed, he has 1217 to Sanders’s 914. If the push for Sanders to stand aside succeeds, it would not only obviate the need for further primaries but would also enable the Democrats to campaign with one voice against Trump. But Sanders is pressing on, and his campaign says he will take part in any debate in April.

Even if the Democrats’ presidential nominee is determined by default, elections for local, state and federal lawmakers must proceed. Around the country, with state and local stay-home orders increasing and calls growing for all states to implement them, officials are looking for ways to ensure access and safety during the upcoming contests.

In doing so, they face an increasingly coordinated backlash from the right. This is exemplified in Wisconsin, where the Republican legislature, backed by the state Supreme Court and (shockingly) the US Supreme Court, refused to allow absentee voting for the 7 April primary. This meant that voters faced a difficult choice — to risk infection standing in long lines at polling places or forgo their democratic right to vote.

Republicans in New Mexico are staking out similar territory, with the state party filing a lawsuit this week to block an effort by county clerks to hold the June primary by mail.

Trump and a growing number of Republican leaders are aggressively challenging efforts to make voting easier and blocking emergency measures such as proactive mailing of ballots to voters. The Republican National Committee has launched voting-related lawsuits in Minnesota, Michigan, Arizona, Florida, Wisconsin and New Mexico.

Republicans say their efforts are driven by concerns that looser rules could lead to election fraud. But they also say that expanding voter access would hurt the party (for unexplained reasons voter fraud would apparently only favour Democrats, if indeed it occurred at all). “I think a lot of people cheat with mail-in voting,” claimed Trump, who voted absentee in New York in 2018 and has requested a Florida absentee ballot for 2020. What is certainly true is that making voting easier would remove obstacles faced by voters who tend to support the Democrats.

Congress included US$400 million to deal with the coronavirus’s impact on elections in the US$2.2 trillion rescue package enacted earlier this month. Democrats, recognising that it is not enough simply to allow citizens to vote by mail, wanted far more funds to help states expand absentee voting and online registration and to equip the postal service for a rush of ballots.

But Senate Republicans pushed back, arguing this was an attempt to “permanently override state control of elections.” Trump said the Democrats’ proposal “had things — levels of voting that, if you ever agreed to it, you’d never have a Republican elected in this country again.” The Republican speaker of the Georgia state House of Representatives offered a similar view, saying that an expansion of absentee voting would be “extremely devastating to Republicans and conservatives in Georgia.”

In fact, most states already allow voters to cast mail-in ballots, although eligibility is generally restricted. Only a few — including California, Hawaii, Oregon, Washington, Colorado and Utah — allow anyone to cast a ballot by mail. In the 2018 congressional elections, one in four votes was cast by mail-in ballot and the only detected fraud was perpetrated on behalf of a Republican in a North Carolina race. Several million military personnel, state department employees and expatriate Americans vote by mail without any recognised problems.

It should be noted that the unwillingness of Republican state officials to facilitate voting during the pandemic is not universal; many of the eighteen states that have taken steps to ease absentee voting have Republican governors or secretaries of state. And of the six states that have promised to automatically mail absentee-ballot request forms to eligible voters, five are categorised as “red.”

Holding large nominating conventions during the pandemic will be unwise if not impossible. The Republican National Committee has signalled it will still stage its convention in Charlotte in late August, and it is certain that Trump will insist on some sort of public coronation as candidate. The Democratic National Committee has pushed back its convention in Milwaukee from July to 17 August.

Campaigning will continue between now and election day, with virtual rallies, podcasts and social media. To this end Trump uses the daily White House coronavirus taskforce briefings essentially as campaign events. They can stretch to two or more hours, with cabinet secretaries, co-opted business leaders and medical experts required to sing Trump’s praises, and Trump himself using every opportunity to digress, cast blame, rebuke the media, and praise his own (often imaginary) efforts. Veracity, scientific fact and reliable medical advice are often casualties of his long-winded rants and ruminations.

Worse, it seems he is playing political favourites when deciding which states get scarce essential resources. New York, a Democratic stronghold, must endlessly plead for more supplies in the face of Trump’s assertions they are either not needed or the state should have organised them, while Florida, a swing state where Trump might be in trouble, apparently gets all it needs. Recent media reports suggest that Trump’s son-in-law, Jared Kushner, is running a shadow coronavirus taskforce and inserting himself in decisions about where assistance and equipment is directed.

Despite Sanders’s lingering presence, Biden is increasingly operating from a position of strength. While he must fight for attention against Trump’s megaphone (on cable news the White House briefings reach an average daily audience of 8.5 million), his interviews, virtual events and digital content were seen by more than twenty million people during the last two weeks of March.

His strategy is to get out in front on the health and economic effects of the pandemic without appearing to be openly politicking. He is trying to walk a fine line between criticising Trump and his administration and showing how he would unite and lead in a crisis.

The contrast between Trump and Biden was highlighted after Trump delivered a wooden address to the nation from the Oval Office in early March. Biden laid out his own plans for combating coronavirus: a mix of short- and long-term economic and public health reforms that, he argued, shouldn’t wait until after the election to be implemented. Trump’s speech was seen as a lost opportunity that left “a sense of unease.” Biden’s was described as “everything Trump’s was not,” with the former vice-president presenting himself as a steady hand in turbulent times.

The impact of Trump’s poor handling of the crisis on his re-election chances is hard to judge because so much potential misery and disruption still lies ahead. The state of the economy will be a key factor in how people vote.

Recent polling indicates trouble ahead for Trump. The FiveThirtyEight poll average for 5 April shows that support for his handling of the coronavirus crisis, after a small initial bump, appears to have diminished over the past two weeks. RealClearPolitics’s average of the polls has Biden ahead of Trump by 5.9 percentage points. If the Wisconsin primary goes ahead, Biden looks set to replicate his winning Michigan performance, with polling from late last week putting him nearly thirty percentage points ahead of Sanders. Trump won both Michigan and Wisconsin in 2016; now the University of Virginia’s Center for Politics classifies Michigan as “leans Democratic” and Wisconsin as a “toss up” in the presidential race.

But back to that one certainty in these uncertain times, the national vote on 3 November. Postponing the date is all but impossible, although we can expect Trump to try, or to wish aloud that he could try.

The 20th amendment to the constitution requires that the new Congress must be sworn in at noon on 3 January and the new president at noon on 20 January. Because these dates are immutable, all votes cast must be counted by the beginning of January. The precise date of the election is set by a law enacted in 1845 that requires general elections for federal offices to take place on “the Tuesday next after the first Monday in the month of November” (thus placing this year’s election on 3 November). To alter this law would require congressional approval — something speaker Nancy Pelosi and the House Democratic majority are extremely unlikely to support.

It’s true that these are unusual times. But it’s worth remembering that presidential elections were held in 1864, in accordance with the usual requirements, when the country was being torn apart by civil war, and that midterm elections were held in 1918 despite the widespread quarantining occasioned by the Spanish flu. Even as a self-described “wartime president,” Donald Trump is no Abraham Lincoln or Woodrow Wilson. It is imperative that the “invisible enemy” he and the rest of the nation is battling isn’t allowed to erode democratic rights during the upcoming election. •

Lesley Russell is an Adjunct Associate Professor at the Menzies Centre for Health Policy at the University of Sydney. She worked for seven years as Health Policy Adviser on the Energy and Commerce Committee in the US House of Representatives, and is a former Senior Adviser to the US surgeon-general.

We are the world

Why cross-border thinking is vital in tackling the pandemic 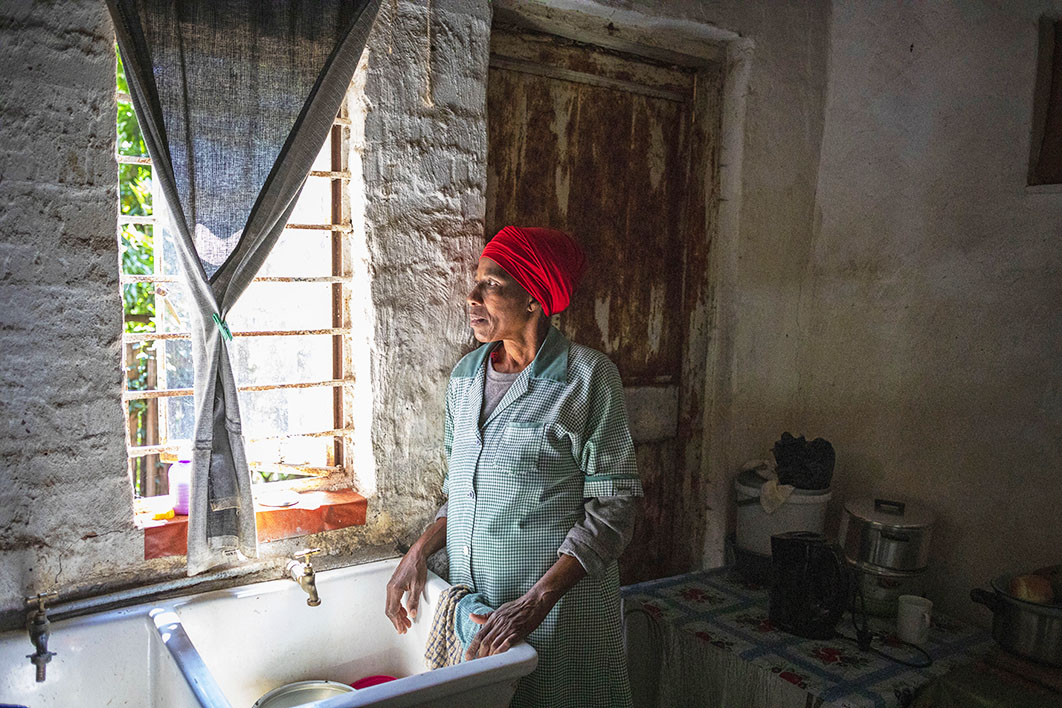