An early victory in the next carbon war

By taking the initiative on the dreaded three-letter word, Labor has scored an important win, argues Peter Brent 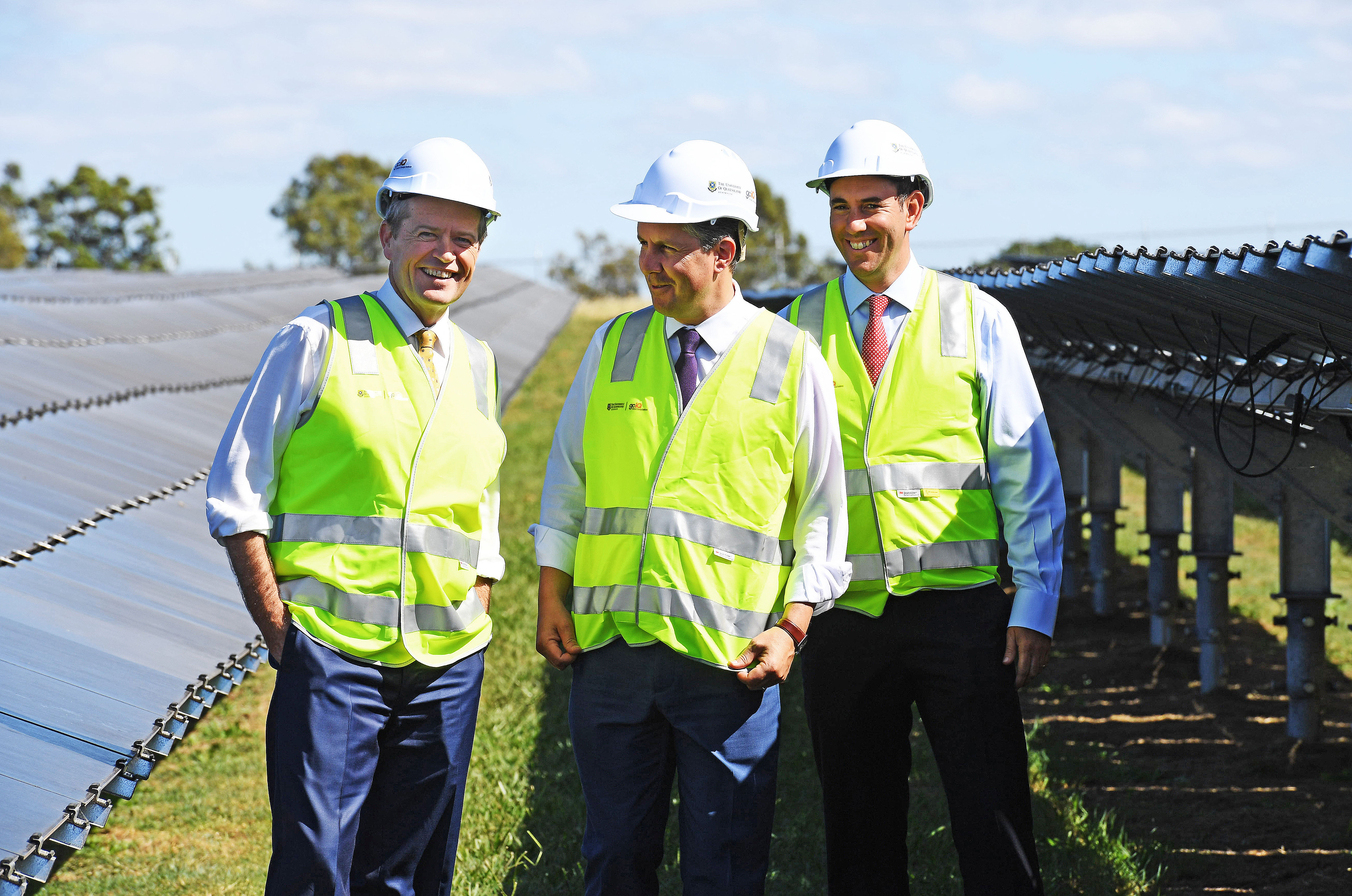 Federal Labor has released its climate change policy for the election, or at least an outline, and in one crucial respect the opposition can declare mission accomplished.

Its big win was in the battle over terminology. Leader Bill Shorten and shadow environment minister Mark Butler were at pains to point out that this is not a “tax” but an emissions trading scheme. And it has been generally reported in the media as such.

The importance of this early semantic victory can’t be overstated.

Certainly the government and its cheer squad are already fulminating about Labor’s “tax,” but that’s in the realm of metaphor – like when opposition leader Tony Abbott described Kevin Rudd’s carbon pollution reduction scheme as “a great big new tax on everything” or, later, when Labor emulated Abbott by labelling his proposed Medicare co-payment as a “GP tax.”

Julia Gillard’s 2011 package met a fate of a different quantum: it was immediately known across the media, in news bulletins, straight news reports and even sympathetic opinion pieces, as “the carbon tax.” A “tax” is so much scarier than a “scheme” or “price,” especially if it represents a broken promise. But Gillard’s policy wasn’t really either of those things.

Before the 2010 election, Gillard promised “no carbon tax.” After announcing the policy in February the following year she made the decision to wave a white flag on the terminology: if people wanted to call this a “tax” then so be it. She later acknowledged this was the most catastrophic of decisions.

If her package was a “tax,” then so was Rudd’s carbon pollution reduction scheme. And so, back in 2007, was John Howard’s policy.

In his final year in office, Howard declared he would never inflict a carbon tax on Australians, but he promised to legislate for an emissions trading scheme. Three years later, Gillard, in the onslaught of Abbott’s warnings of a “carbon tax under Labor,” insisted no “carbon tax” but also left the door open to an emmisions trading scheme, or ETS.

“I don’t rule out the possibility of legislating a carbon pollution reduction scheme, a market-based mechanism,” she told the Australian on election eve. “I rule out a carbon tax.”

So what was and is the difference? It’s likely Gillard didn’t have anything specific in mind; she just knew she had to swear off it. It is even less clear what Abbott meant, because the year before, when he was publicising his book Battlelines, he actually suggested that a “tax” would be preferable to an ETS, and sketched how it would work: a tax on consumption (which would, oddly, be refunded at the end of the financial year). He sets it out in a thirty-second clip that’s still available on YouTube.

Ancient news? Well, it would be if it didn’t motivate Labor’s protestations over the “t” word.

In a perfect world for Labor, climate change would disappear as a political issue. But in the absence of those conditions, one might ask why it didn’t simply promise not to do anything – except, perhaps, continue with the government’s “direct action” scheme? Why not adopt a small-target strategy in this combustible area?

The answer is that no one would have believed them. Going to the election with no carbon price, forced into the inevitable “never ever” pledges, would have been preposterous given the party’s longstanding enthusiasm. As Rudd and then Gillard found after dumping the carbon pollution reduction scheme in 2010, having no policy, after all the “moral challenge” hyperbole, simply left a vacuum into which opponents shovelled horror tale after ghastly scenario.

Much better to make virtue out of necessity and declare: we believe in climate change and will act; we can do no other. And we have a policy to defend.

What was rather reckless, and a potential point of vulnerability, was setting reduction targets almost twice the size of the government’s. This was first announced in November last year, in an apparent attempt to staunch the flow of support leaking to the Greens.

So in 2016 we have the spectacle of two Liberals deeply involved in the 2008–09 ETS negotiations, Malcolm Turnbull and Greg Hunt, arguing against the very concept of an ETS, insisting it is a rebadged “carbon tax.” Turnbull at least has the grace to look faintly embarrassed.

But climate change holds dangers for the Coalition as well as Labor.

While Gillard’s carbon frolic undeniably played a huge role in her political problems, it is important to remember the before and after of a particular date – 1 July 2012, when the scheme came into operation.

From the early 2011 announcement until mid 2012, the anticipated “carbon tax” was widely reviled and feared. Many Australians truly believed it would inflict great harm on them personally and damage the economy.

Then after its introduction the common reaction was “is that it?” Little changed for the bulk of Australians; some were even surprised to see no extra line item in their pay packets. By the time of the 2013 election it was largely old news and its abolition was no longer the highest-order Coalition promise.

After the Abbott government repealed it in 2014, it was again difficult to discern much difference. The “carbon price” caravan has long moved on.

To the more ideologically inclined Coalition MPs, though, and the rusted-on supporters, think-tank combatants, and friendly columnists and editors, climate change remains the chief political battle.

They delude themselves that the majority of voters are as sceptical about human-induced climate change and antagonistic towards carbon pricing as they are; and nothing sets their pulses racing like a narrative depicting themselves and the bulk of commonsense, ordinary Australians on one side, and Labor and the Greens, captured by the out-of-touch elites, on the other.

Because climate change still excites the Coalition base it has the potential, particularly in Turnbull’s current weakened state, to pull the government in directions not in its political interests.

Australians are veterans of the carbon wars. They’ve seen how this show ends. As scare campaign material, carbon pricing has limited sizzle. •

Victoria spends up big – or does it?

Transport is where the action is in this week’s Victorian budget, writes Tim Colebatch, but the spending isn’t quite as generous as it looks

Victorian government investment in transport over the past decade has been only half the level in New South Wales. Jarle/Flickr 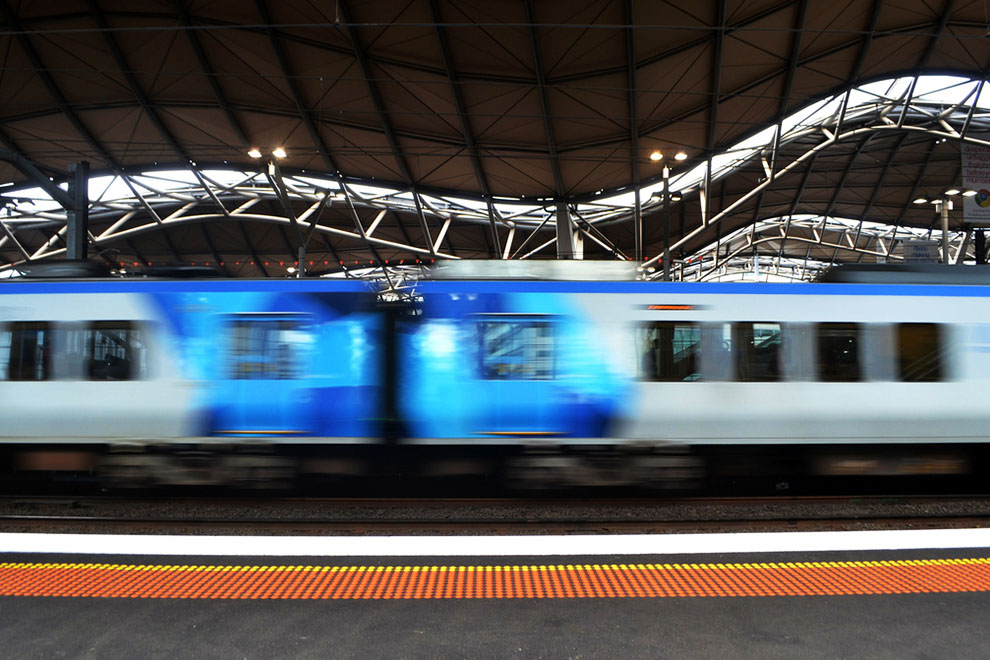 Victorian government investment in transport over the past decade has been only half the level in New South Wales. Jarle/Flickr