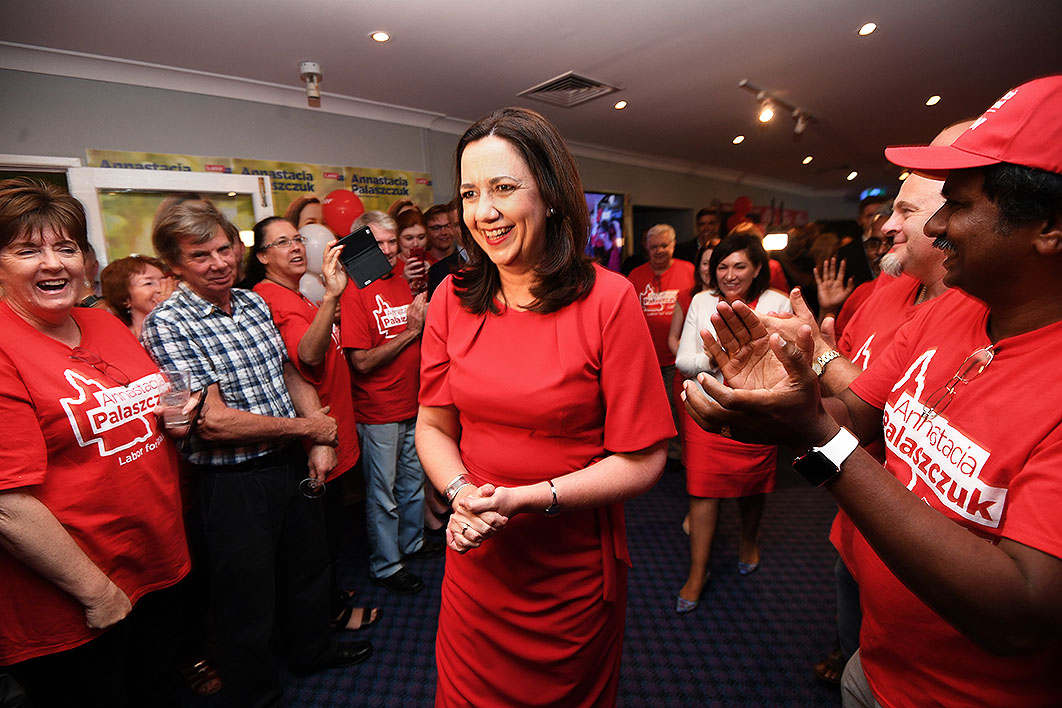 As Saturday dawned, the Queensland election seemed on a knife edge. As midnight came, the knife edge remained sharp, and pointing upwards. The votes had been counted and some possibilities had been ruled out — but three others remained.

The most likely outcome is a repeat of the last three years. Labor will form another minority government, this time with more crossbenchers, and with fewer Liberal National Party MPs on the opposition benches. But that is no certainty.

At the end of counting, on my bottom line, nineteen of the ninety-three seats were too close to call — that’s one in five. Other observers were a shade bolder: Ben Raue in the Guardian had thirteen seats in doubt; the ABC’s Antony Green had fifteen. I’ve never seen an election like this.

(On Sunday morning, Antony got very bold, chanced his arm, and predicted that Labor would end up with forty-eight seats and a narrow majority. But it wasn’t clear how he came to that conclusion, which seems at odds with the predictions on the ABC website’s guide to the results.)

Even my take might prove too bold. Among the seventy-four seats that I marked down for one side or the other — Labor forty, LNP thirty-two, and Katter’s Australian Party two — there are fourteen for which we either have no figures for the two-party-preferred vote, or have figures that could be overturned as a third party fights its way into the final two. They also include three seats in which the LNP’s lead at the close of counting was just 1 to 1.5 per cent. One in every three seats is in some measure of doubt. That is extraordinary.

(With new figures posted on Sunday afternoon, I would update my call to: Labor forty-one seats, LNP thirty-six, with two seats for Katter, one independent, Sandy Bolton, in Noosa — and thirteen still too close to call, some because they are close in the conventional way, and some because we can’t be sure who the two final candidates will be.)

It’s not impossible that the LNP vote could surge as postal and pre-poll votes are counted, bringing it close to Labor’s tally in seats and making it a viable contender to govern. At this point, however, that seems unlikely.

What we can say is that:

• Labor won on the votes. It has clearly outpolled the LNP, by 36.0 per cent to 33.1 per cent, on the ABC’s tally. It is almost certain to be the biggest party in the new parliament.

• As expected, it was as if two different elections were held in the state. In the southeast (Brisbane, the Gold Coast and the Sunshine Coast), Labor won significant swings, the LNP lost three or four seats, and the Greens surged right across Brisbane. But along the coast, Labor has lost up to four seats to the LNP, One Nation and independents, while the LNP at worst could lose one (Hinchinbrook).

• One Nation won lots of votes, but probably only one seat, and maybe none at all. In seat after seat, it won 20 to 30 per cent of the votes, but — unlike at last year’s Senate election — it didn’t attract the preferences it needed to convert primary votes into majorities. On last night’s figures, it will finish in the top two in fifteen to twenty seats — but Labor and Green preferences went strongly to the LNP, while the LNP preferences seem to have been diluted by rebellious voters.

• Labor’s ambivalence over the Adani coalmine saw the Greens win 10 per cent of the votes, and probably one seat — Maiwar in inner Brisbane, a new seat formed by merging parts of Mount Coot-tha and Indooroopilly — while narrowly losing their other two target seats. It is worth noting: in those three seats, on first preferences, the Greens won a landslide average swing of 9.1 per cent from both major parties.

• The Katter brand remains strong in North Queensland. Despite all the focus on One Nation, Katter’s Australian Party held its two seats with increased majorities, and could sneak a third in Hinchinbrook.

• Independents are back. Former Noosa councillor Sandy Bolton appears set to win Noosa from the LNP. Pro-Adani Rockhampton mayor Margaret Strelow, rejected at the Labor preselection, decided to appeal to the voters, and is on course to have her appeal upheld. Campaigner against child abuse Hetty Johnston has a fifty–fifty chance of upsetting Labor in the outer-suburban seat of Macalister. But former Labor MP Rob Pyne, who moved to the crossbenches to campaign for legal abortions, has probably lost Cairns to his old team.

• In all, 31 per cent of Queenslanders voted for someone other than the major parties, up from 21 per cent last time. That’s even more than in the One Nation surge in 1998, and this time it went in both directions. The voters are not happy, Blue.

• Once again, the best polls were spot-on. The final Newspoll was almost identical to the actual outcome. The final Galaxy poll was only slightly different. Australians don’t appreciate how good our polling companies are at their job.

More votes are being counted as I write, and some seats could become clearer tonight. But in a critical mass of seats, the result is unlikely to be clear until the closing date for postal votes next week, when preferences are formally distributed.

In more than ten seats, it is not yet clear who the final two candidates will be. That alone makes it difficult to predict results with certainty. It is clear that, as in the federal election, a lot of voters have disregarded their party how-to-vote cards. It appears that many One Nation voters have ignored the party’s direction to give preferences against the sitting member, of either side, and that many LNP voters have refused to give preferences to One Nation.

The question of whether the LNP’s refusal to close the door to deals with One Nation cost it the election will be debated a lot over the next year. But it is important to bear in mind that Labor has led in virtually every opinion poll since the 2015 election. One can argue fairly that, in refusing to rule out forming a government with One Nation, LNP leader Tim Nicholls was at least honest with voters — whereas in ruling out forming a government with any other party, premier Annastacia Palaszczuk was not.

If Labor falls just short of a majority of seats, will Palaszczuk then rule out any arrangement with the Greens, sympathetic independents, or even the Katter party, to allow her to stay in office? I suspect she will find a convenient excuse to change her mind.

It is not likely that Nicholls will have the same option, but it’s too early to rule it out. The next ten days will be interesting. A shrewd appraisal of sameness and difference 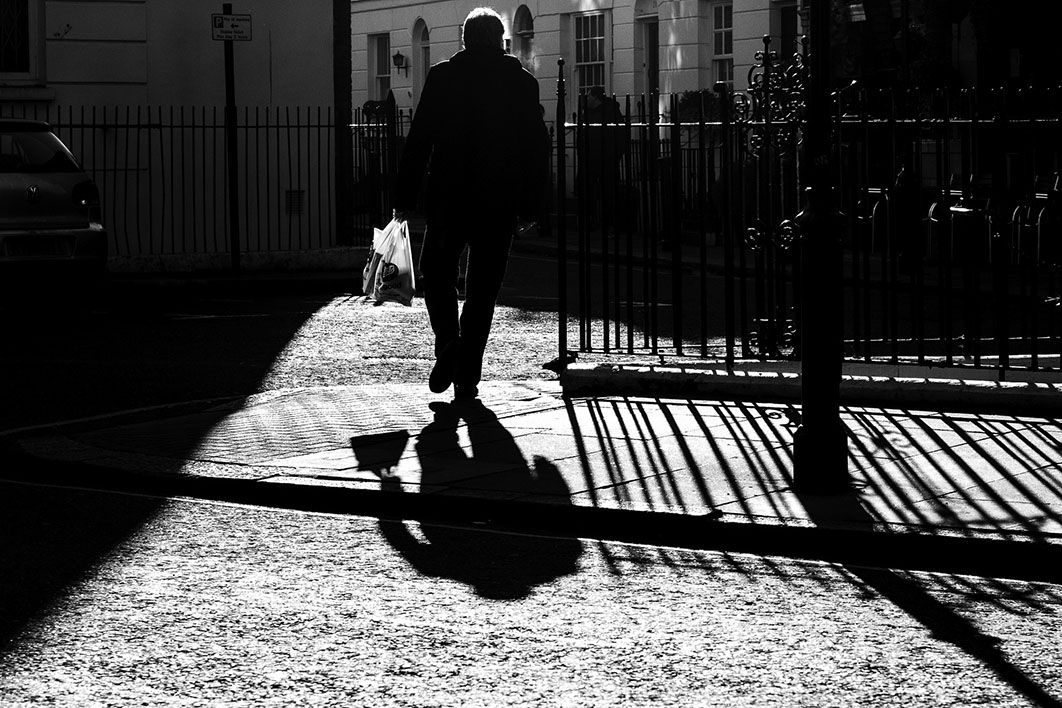