Australia has passed up the option of settling offshore refugees in New Zealand, writes Peter Mares 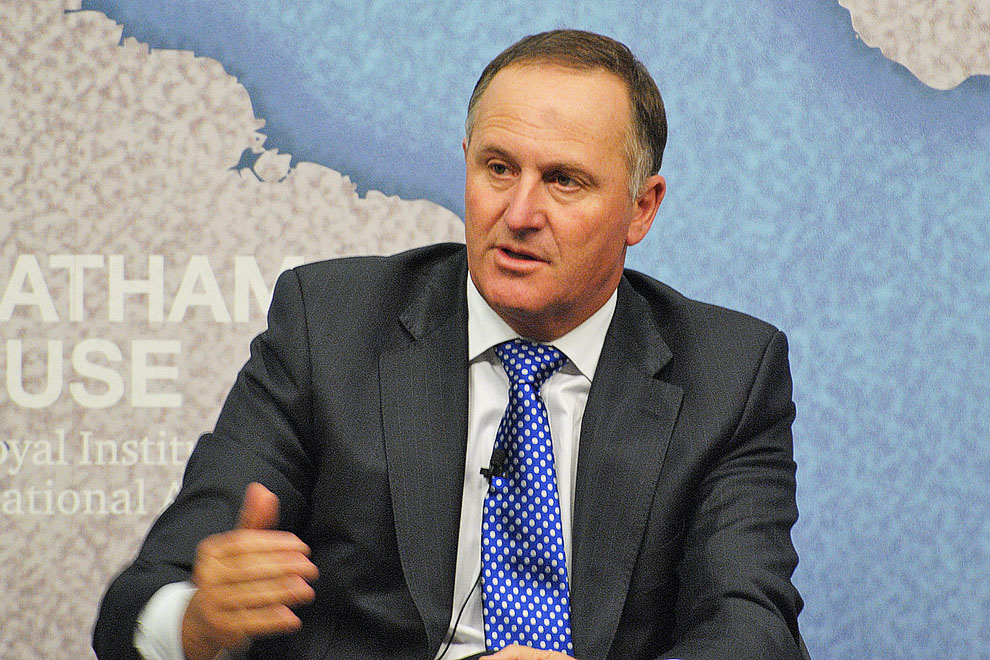 Australia has left 300 refugees in limbo in Nauru and Papua New Guinea rather than allowing them to build new lives in New Zealand under a standing resettlement offer from the Key government. Yet immigration minister Peter Dutton continues to pursue resettlement options in poor countries like Cambodia, a policy that is far more expensive than the trans-Tasman offer. Just five people have been resettled in Cambodia under a deal that has cost Australian taxpayers $55 million.

New Zealand’s agreement to take up to 150 refugees each year from Australia’s offshore centres dates back to when Julia Gillard was prime minister. Announcing the deal in February 2013 after a meeting with her New Zealand counterpart, John Key, she said that the program would “start in 2014 and be ongoing.” The places were factored into a three-year rolling plan for refugee resettlement signed off by the NZ cabinet in June 2013.

Under the plan, New Zealand Immigration set aside 150 of the 750 resettlement places in its annual refugee quota for refugees “subject to offshore processing from Australia.” Places were reserved in both 2014–15 and 2015–16, but so far none have been taken up, and the NZ government doesn’t expect they ever will be.

A senior official has confirmed that the offer to resettle refugees from Australia’s offshore processing system remains on the table, but the view in Wellington is that Australia thinks resettling refugees in New Zealand would undercut one of the fundamentals of its current policy – that asylum seekers sent to Nauru and Manus will never come to Australia. Refugees resettled in New Zealand would be eligible to become New Zealand citizens after five years’ residence. Under the Trans-Tasman Travel Arrangement they would then be free to enter Australia, and to live and work here indefinitely.

According to the most recent monthly update from Operation Sovereign Borders, 815 people have been recognised as refugees on Nauru. It is thought this number includes around eighty children, though the Australian immigration department declined to provide an exact figure, saying enquiries on this point should be directed to the government of Nauru. Despite pressure from Australian authorities to agree to resettle in Cambodia, refugees in Nauru have proved extremely reluctant to take up the option.

“The attempt to get refugees to Cambodia has largely failed,” says Paul Power, CEO of the Refugee Council of Australia. Efforts to strike resettlement deals with other developing countries like the Philippines and Kyrgyzstan have also proved unsuccessful. Yet it is clear that the refugees cannot remain in Nauru indefinitely.

“The unequivocal position of Nauru is that residence is only temporary,” says Power. Very little appetite exists in the current international environment for other countries to help Australia with a problem of its own creation. “It’s hard to see an outcome that isn’t going to involve people coming to Australia and New Zealand.”

On Manus, where only adult men are detained, 446 people have been classified as refugees after an initial assessment. Another 268 men have been given “a positive final determination.” In theory, these refugees can be settled permanently in Papua New Guinea, but many of them seem deeply resistant to this idea. The 268 are entitled to move out of detention and into the East Lorengau Refugee Transit Centre, which offers them greater independence and better accommodation (although residents are still subject to a twelve-hour night curfew). Only fifty-two of then have taken up this option.

Most are reluctant to move, it appears, because this would constitute the first step towards settling in Papua New Guinea. They are holding out for an alternative resettlement option and so continue to live under the harsh detention conditions they have endured for more than two years.

Even if they choose to stay in that country, the process of resettlement remains uncertain and protracted. “PNG’s stated position is that they are offering permanent residency,” says Paul Power. “But from time to time we hear comments that appear to question that.” A National Refugee Resettlement Policy, belatedly approved by the PNG government in October, has done little to clarify matters. The vague general principles in the twelve-page document have created tensions and contradictions in practice.

The policy notes, for example, that refugees “must be able to support themselves” because “unemployment remains high and Papua New Guinea does not have a comprehensive social security system.” But it adds that if refugees are to be accepted within Papua New Guinea, then “they must not be perceived to be provided special treatment or distinct advantages over local people.” In practice, this means that refugees who move to the transit centre are unable either to work in Manus or to travel in search of a job in another part of Papua New Guinea.

On 11 December 2015, PNG media reported that a human resources company, JDA Wokman, has been engaged to help the refugees find jobs. In the same article, though, deputy chief migration officer Esther Gaegaming was quoted as saying that refugees would not be allowed to leave Manus until they were employed. This creates a Catch-22 situation: the refugees have to find a job outside Manus in order to settle in Papua New Guinea, but they can’t leave Manus in order to find a job.

The national refugee policy holds out the prospect of PNG citizenship after eight years’ residence and says that once refugees have “successfully established themselves and become self-sufficient they are permitted to sponsor their families to join them through regular migration processes.”

It is unclear whether the eight-year process is a necessary part of becoming “successfully established” and “self-sufficient,” or if a refugee with a secure income might be able to bring family to Papua New Guinea sooner than that. Either way, it could be a very long time before resettled refugees are reunited with a spouse or children who are stuck in precarious circumstances in a troubled homeland or transit country. If refugees from Manus or Nauru were resettled in New Zealand, by contrast, they would immediately be eligible to apply for family reunion.

Of the refugees eventually resettled during the so-called Pacific Solution, 705 ended up coming to Australia, 401 were settled in New Zealand and forty-seven went to four other countries – Sweden, Canada, Denmark and Norway. With the exception of New Zealand, it is unlikely that even this limited help will be on offer to Australia again.

“There is no way Sweden will consider this issue given the numbers of refugees that country is dealing with now,” says Power. He thinks the Australian government has “painted itself into a corner” over the fate of the refugees on Manus and Nauru.

While the Refugee Council has concerns about New Zealand using its small resettlement quota to help out Australia, Power acknowledges that Wellington’s offer could secure a brighter future for at least some of the refugees in limbo on Manus and Nauru. •

Immigration minister Peter Dutton was approached for comment on this story but did not respond.

Peter Mares is contributing editor of Inside Story and an Adjunct Fellow at the Swinburne Institute for Social Research.