Another lost opportunity for housing affordability 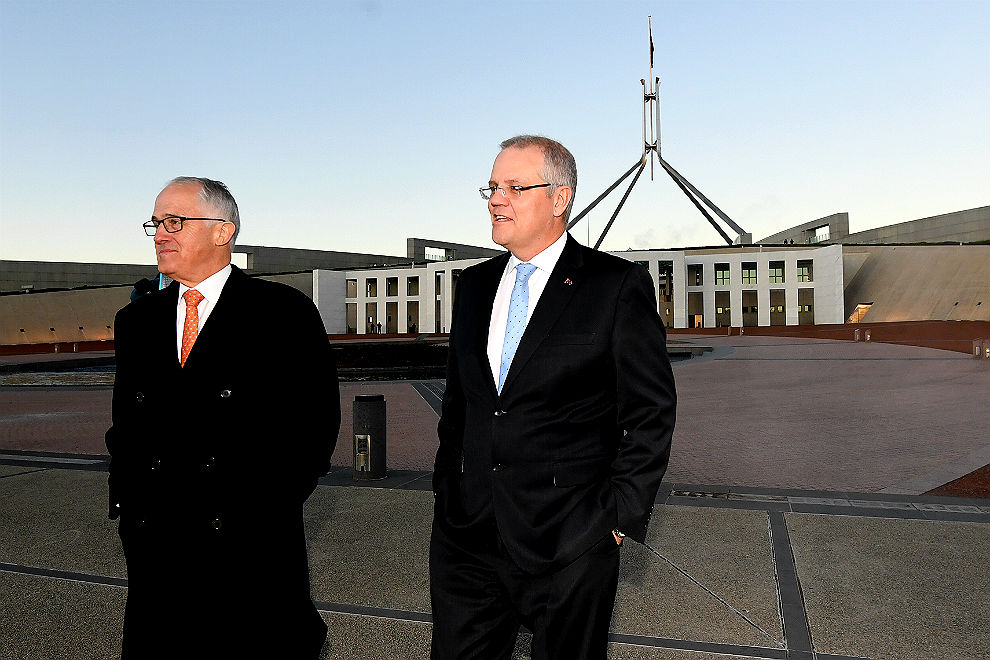 Like his predecessors, treasurer Scott Morrison isn’t really serious about housing affordability. At a time when bold action was needed, he has opted for a grab-bag of easy “solutions.” A few of them sound good; fewer still will make much difference.

At least the giveaways to first homebuyers and downsizers are small, and the overall package will contribute to dealing with the budget deficit by reducing deductions for landlords and increasing taxes on those who don’t vote. This means that demand for housing will fall, though only very slightly.

Serious reform will have to wait for another day and another government, one willing to embrace the tough choices that will make a real difference to housing affordability. With public concern about housing on the rise and meaningful reform sidestepped yet again, that day may come sooner rather than later.

But first to the budget’s giveaways – to first homebuyers and to downsizers. Neither will make much of a difference to affordability, but nor will they cost very much.

Allowing first homebuyers to withdraw any future voluntary super contributions will bring the tax treatment of their savings a little closer to how existing property owners are treated. First homebuyers’ savings typically sit in bank term deposits, where any interest earned is taxed at full marginal rates of personal income tax. In contrast, the nest eggs of owner-occupiers are tax-exempt, or taxed only lightly in the case of investors.

But while allowing first homebuyers to access super tax breaks to save for a home has some merit, it’s unlikely to make much difference. Why? Because few people will take up the treasurer’s offer. Households are reluctant to give up access to their savings, especially when they’re already saving 9.5 per cent of their income via compulsory super, and especially when they can’t withdraw the money if they then decide they can’t afford to buy a home.

Allowing first homebuyers to use their existing super accounts may prove more attractive this time around because no one has to set up a new account to access the tax benefits. But the scheme is capped at $30,000, much less than the $90,000 buyers could save in First Home Saver Accounts. Even Treasury doubts the scheme will be popular; it expects the measure to cost just $70 million in 2020–21.

On downsizing, the government has badged a giveaway to a small number of seniors as a housing affordability measure. It is waiving new rules that restrict wealthier retirees from making large post-tax super contributions if they downsize. Again, it sounds good: the new incentives are supposed to encourage seniors to move to housing that better suits their needs, while freeing up equity for their retirement and larger homes for younger families.

And the government has chosen a strange group to help downsize. The plan ignores pensioners, the group most disadvantaged by downsizing because their family home is exempt from the pension assets test but any equity unlocked by downsizing is not.

Those who will benefit are overwhelmingly self-funded retirees who will be able to make large super contributions even when their super account balance already exceeds $1.6 million. Roughly 35,000 people aged over sixty-five had a super balance exceeding $1.6 million in 2014. Each had a home valued at an average of $1.3 million, and net wealth of over $7 million. By definition, none of this group receives any age pension. And few of these homes unlocked by downsizing will go to first homebuyers.

But it’s not worth going to the barricades over such a poor piece of policy-making: Treasury expects it will cost the budget only $20 million in 2020–21, suggesting that take-up will be pretty small.

Housing affordability will be helped more by curbs on tax breaks for property investors and increased taxes on foreign investors. But the effects will still be imperceptible in the scheme of Australia’s $6 trillion residential housing market.

The treasurer also announced that landlords will no longer be able to deduct travel costs related to inspecting or maintaining residential investment properties. Landlords will find it harder to depreciate improvements such as dishwashers and ceiling fans. Temporary and foreign residents will be denied access to the capital gains tax exemption for their main residence, amid a host of tax changes affecting foreign property investors. While each change appears piecemeal, as a whole they are expected to save the budget about $500 million a year by 2020–21.

But the question remains: why didn’t the government go further and bite the bullet on more wholesale reforms to negative gearing and the capital gains tax discount, especially with Labor having provided political cover by announcing its own changes? The current tax arrangements distort investment decisions and make housing markets more volatile. Reform could boost the budget bottom line by up to $5 billion a year. Contrary to urban myth, rents wouldn’t change much, nor would housing markets collapse. And although the effect on affordability wouldn’t be huge, at least it might be big enough to measure.

The budget does contain some measures to boost housing supply, and these may make some difference over time.

The government will establish a National Housing Finance and Investment Corporation to operate a “bond aggregator” for the social housing sector. The corporation will borrow on behalf of community housing providers, and on-lend to the providers – giving them access to cheaper and longer-term finance. The increase in the capital gains tax discount from 50 per cent to 60 per cent for investors in “affordable” housing, and new tax incentives to encourage managed investment trusts to invest in affordable housing will also help a little.

But a substantial increase in the affordable housing stock is unlikely unless there are additional large public subsidies to cover the costs of providing housing at below-market rents. Plans to sign a new National Affordable Housing Agreement with the states could lead to extra funding, but any increase would hit the budget bottom line.

The government has plans to use the new intergovernmental housing agreement and City Deals to encourage state and local governments to boost housing supply by offering incentive payments to support planning and zoning reform. These sound promising; after all, new housing supply has simply not kept pace with demand over the past decade. But much will depend on the final deals struck. It isn’t obvious that the Commonwealth is putting enough money on the table to get states to make the politically difficult decisions on planning reform. And in the case of City Deals, the process could still be derailed if deals are motivated by a chase for votes in marginal seats rather than meaningful reforms.

Other parts of the government’s housing package are mere distractions. The proposed tax on foreign homeowners who keep their properties vacant may play well on talkback radio, but it is likely to prove hard to implement and will make little difference to house prices. Nor will capping the portion of new developments that can be sold to foreign investors at 50 per cent. While some developers currently obtain preapproval to sell 100 per cent of a new development to foreigners, the share actually sold to foreigners is typically less. The fact is that foreigners don’t own much of our housing – perhaps 2 per cent of the value of the residential stock.

After raising expectations for reform, Scott Morrison’s tactical retreat on housing shows that this government, like so many of its predecessors, is not serious about making housing more affordable. His failure to act will have big and bad consequences; housing affordability has vexed Australian governments for two decades, as politicians have tried to appease aspiring first homebuyers without upsetting existing home owners. They have dodged the choices that would make a difference, preferring policies that are cosmetic but politically painless.

Continuing inaction means that home ownership rates among younger age groups will fall further, inequality will increase, economic growth will be slower than it otherwise would have been, and the risks of an economic downturn will become more acute. Not surprisingly, the public has figured out that there is a real problem. Unless governments improve the reality rather than appearances, public trust in political institutions will continue to fall. •