Another near death experience for Tony Abbott, or worse?

Canning might look like a safe Liberal seat on paper, but there are good reasons for the federal government to be worried, writes Peter Kennedy 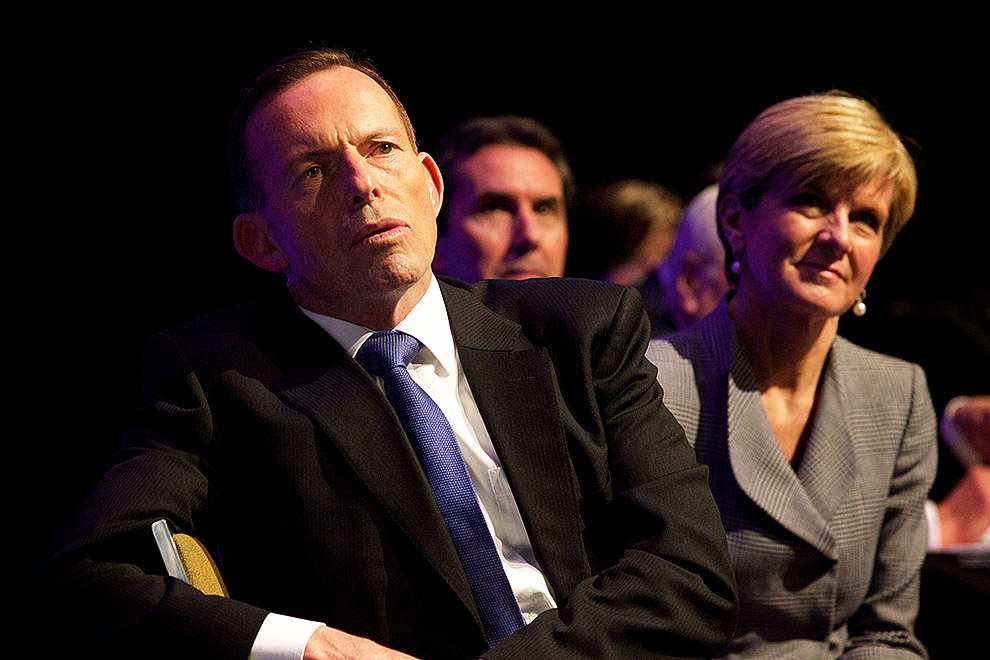 Timing is everything in politics, and the timing of the by-election for the federal WA seat of Canning couldn’t be worse for Tony Abbott and his government. And the stakes are high.

No one could control the timing. But the unexpected death of the Liberal incumbent, Don Randall, has provided the prime minister with a challenge he doesn’t need at this stage, and given opposition leader Bill Shorten an opportunity he didn’t expect. The result has the potential to shape Australia’s political landscape for the twelve months up to the likely date of the next federal election.

On paper, Canning, which takes in Perth’s outer southeastern suburbs and extends south through rural areas to Mandurah, is a safe Liberal seat. Randall’s margin at the 2013 election was 11.8 per cent. But in the by-election context, that margin is deceiving, for three reasons.

The first is that federal Labor was seriously unpopular in Western Australia at the time. The state was still smarting over the hasty introduction of the mining tax, which was cleverly promoted by the Liberals as an attack on Western Australians and their economy. The resource sector donated generously to the Liberal campaign.

Federal Labor was so on the nose, in fact, that its leaders had been told to stay away from the WA state election earlier in 2013. They did, but Liberal premier Colin Barnett’s government was still returned with a strong majority.

The second factor relates to Don Randall. A Liberal backbench maverick, he had to be pulled into line several times for going “too far” on various issues. This didn’t do him any harm among his constituents, though. And when he was a leading light in the unsuccessful party-room spill motion in February on Tony Abbott’s leadership, the local member’s star shone brightly in Canning.

The prime minister described the challenge as a “near death” experience, and promised to lift his game. He did. But questions about his leadership have returned, and they will partly be answered by the Canning result.

The third factor is that Labor effectively gave up on the seat last time. Light on for campaign funds, and effectively on the nose with voters, the party’s effort was perfunctory at best.

Add in the fact that almost 10,000 new voters have enrolled in Canning since 2013, and the seat looks like a potential can of worms for both the major parties, though the Liberals have most to lose. The seat has changed hands a number of times over the past thirty years. But Randall, having won it in 2001 from Labor’s Jane Gerick, saw off a strong challenge from former state Labor minister Alannah MacTiernan (now the federal member for Perth) in 2010, and consolidated strongly three years later.

Not surprisingly, both major parties have opted for strong candidates. No party hacks were given a look-in here. The Liberals were first out of the blocks, endorsing a thirty-two-year-old SAS captain, Andrew Hastie, ahead of six challengers. Labor followed quickly, anointing lawyer Matthew Keogh, who then resigned as president of the WA Law Society. Keogh was selected unopposed after two publicly announced rivals withdrew.

Despite the recent publicity given to the lack of female representation in parliament, both sides chose well-qualified men, neither of whom has been living in the electorate. Both in fact come from the inner suburbs, although Hastie, who quit the SAS when endorsed, promptly said he would move to Canning.

Keogh was not to be outdone. When Bill Shorten flew to Perth the day after parliament adjourned, they met for a media event at morning tea at the candidate’s parents’ house in Kelmscott. In the electorate, of course.

So what are the issues? This is where it gets a bit tricky for the parties. Don’t expect the electors of Canning to light up on matters such as same-sex marriage. In fact the only mention the latter might get is from Tony Abbott, along the lines of “under Labor the politicians will decide, under the Coalition you (the voters) will decide.”

The early signs are that Canning will be fought on bread-and-butter issues. Both sides have stressed the significance of jobs. A high proportion of voters are, or have been, fly in, fly out workers in the resources sector. It’s well documented that the steam has come out of the construction phase of many projects in Western Australia’s north. Many FIFOs have either been sacked or had their hours – and pay – cut. Confidence has been hit. The Liberals have also called for a “robust law and order approach” to drug related issues, especially linked with the use of ice.

Expectations are high that the PM will unveil a few “sweeteners” on the jobs front. He was expected to announce more defence work for the shipbuilding company Austal during a visit to its Henderson site early in the campaign. There was plenty of praise, but no contracts.

More government work would go down a treat in Canning. Several WA Liberals, including senator Linda Reynolds, have been pushing the naval shipbuilding barrow. It would be a surprise if Abbott ignored it. Primary producers are prominent in other areas, including agriculture, and the mining of gold at Boddington and bauxite in the Darling Range.

An issue likely to work in Labor’s favour is the standing of Colin Barnett’s Coalition government, which has governed the state since 2008. Initially, Western Australia’s economy was booming, with the nation’s tightest job market and strong state budget surpluses. But they’ve all gone, along with the coveted AAA credit rating.

Although Barnett governs with a healthy majority, the most recent Newspoll on state support had Labor ahead in two-party-preferred terms, 52 to 48 per cent, a big shift from the 57–43 Liberal lead at the last election. Labor leader Mark McGowan is seen as the “better premier” by 44 per cent of respondents, while 38 per cent prefer Barnett, and Canning is already bookended by the Labor-held state seats of Armadale, in the north, and Mandurah, in the south.

Critics say the by-election is a referendum on Tony Abbott’s leadership. It certainly is a major test, and one he can’t afford to fail. He appeared with Andrew Hastie early in the campaign, but foreign affairs minister Julie Bishop is tipped to do the lion’s share of the Liberal campaigning, based on her personal standing in the west.

Bill Shorten occupies Paul Keating’s favourite position – “one out, one back” – which he borrowed from horseracing. He’s been presented with the “sit” this time: pursue the issues Labor thinks will resonate with the voters of Canning and, at the same time, hope that Tony Abbott stumbles. The high-profile Alannah MacTiernan, whose state seat was part of Canning, is expected to be heavily involved in Labor’s campaign.

The last federal by-election in Western Australia held in similar circumstances was in Fremantle in 1945 following the death of wartime prime minister John Curtin. Labor retained the seat with Kim Beazley senior as the new member.

Newspoll’s recent Canning survey suggested an early swing in voting intentions to Labor of 10 per cent – enticingly short of Randall’s 2013 margin. That effectively places the 19 September poll result on a knife edge.

And the same could be said for Tony Abbott’s leadership. Undoubtedly there will be a significant anti-government swing, as the Liberal vote comes down from the 2013 high. It could produce another near-death experience or – in political terms – worse, for the prime minister. •

Peter Kennedy is a Perth-based political commentator and a former state political reporter for ABC TV News in Western Australia. His book, Tales from Boom Town: Western Australian Premiers from Brand to Barnett, was published in 2014. He is currently an adjunct professor at the University of Notre Dame Australia, based in Fremantle.