What do Covid-19 and the defeat of Donald Trump mean for right-wing authoritarians around the world? 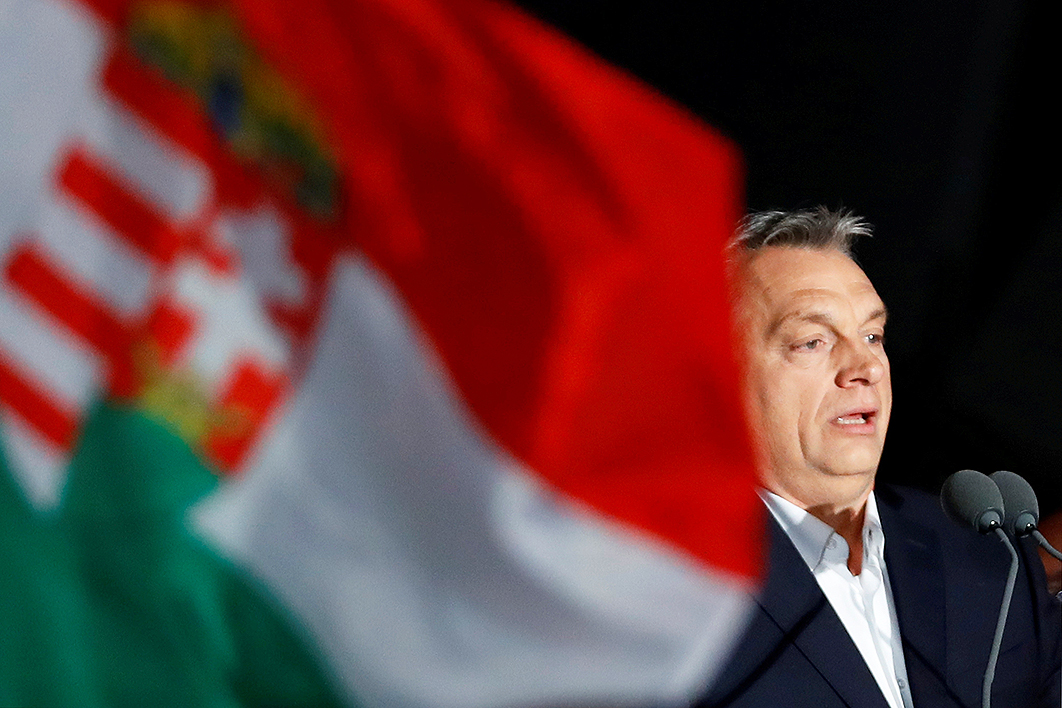 Have the two big events of 2020 — Donald Trump’s loss in the American presidential election and the worldwide impact of Covid-19 — dealt a deadly blow to populists around the world? While Trump was a cheerleader mostly for himself, he certainly looked the other way when populist leaders like Hungary’s Viktor Orbán, India’s Narendra Modi and the Philippines’ Rodrigo Duterte undermined democracy and human rights. With Joe Biden as president, the United States will once again side with the major EU countries in conflicts with populist Eastern European leaders and is likely to resume pressing for rights and democracy around the world.

Covid-19 has been bad for populists because most voters want to trust medical experts and populists traditionally place little emphasis on health policy. Trump helped discredit populism further by downplaying the pandemic, ensuring that the United States had one of the world’s highest death rates. Other populist leaders have also presided over growing case and death rates, and having been in power for several years they can’t blame the toll on their country’s political establishment or international interference.

With the indictments piling up, surely people will get tired of the populist style of politics and seek refuge in mainstream leaders and parties? Not necessarily. Most populist parties were electorally successful and most current populist leaders were in power before Trump was elected. Most populists took the Covid-19 pandemic seriously and have either polled well throughout the pandemic or have recovered early polling drops. And the economic fallout from Covid-19 will give populists, especially those in Western Europe, the opportunity to expand their voter base.

The flag-bearer doesn’t win the battles

Polling figures show that support for European right-wing populists was already increasing in the years before Trump was elected, especially in response to the global financial crisis and Syrian refugee crisis. Of the seventeen populists my colleagues and I identify as having been in power at the beginning of 2020, more than half were elected before Trump won the presidency. Populists didn’t rely on his support to get power and they won’t rely on his support to keep it.

Trump’s expansion of his base of support from white non-college voters to all non-college voters is consistent with the view that the primary axis of political competition in Western democracies is shifting from an economic left–right cleavage that pits wealthier voters against poorer voters to an open–closed cleavage that pits highly educated, culturally liberal workers against less-educated, culturally conservative workers. The former can compete in and benefit from an open, globalised world; the latter cannot.

Where once the education cleavage in Western Europe was relatively small and the left relied on support from less-educated workers, that support base has eroded. In the United States, Republicans have begun rebranding their party to capture the multiethnic working class, and similar efforts are being made among right-wing populists in Europe.

The thing that Covid-19 couldn’t kill

Far from being new, the idea that Covid-19 will be the death blow to populism started spreading within the first weeks of the pandemic. Commentators argued that the virus would hurt populism because populists place so little emphasis on health policy and govern less competently, and because people eschew populist rhetoric and seek out a safe harbour of stable leadership and expertise during a crisis.

The first problem with these arguments is that the premise — that all populists downplayed Covid-19 — is wrong. While perhaps the two most well-known populist leaders, Donald Trump and Brazil’s Jair Bolsonaro, downplayed Covid-19, we found that most — twelve of the seventeen in power at the beginning of 2020 — took Covid-19 seriously. And despite questions about how well they handled the pandemic, populist leaders received favourable Covid-19 performance reviews from their citizens. Populist parties across Europe have also responded seriously to Covid-19.

The second problem is that although polls revealed an early loss of support, populist parties have recovered most of their popular backing. Right-wing populist parties in Western Europe lost about 20 per cent of their polling support in the first three months of Covid-19 but were down by only about 5 per cent on their pre-Covid-19 polling by October. Some parties, like the Dutch Party for Freedom and the Brothers of Italy, are polling higher now than they did in the months before Covid-19.

Out of chaos comes opportunity

With the Covid-19 death blow to populists appearing not to have materialised, the pandemic provides them with new opportunities. Amid riots in Sweden and terrorist attacks in France and Austria, populists can return to their core issues and emphasise the parallels between these threats and that of Covid-19. Early in the pandemic, several European populists noted that if we had listened to their concerns about border security and the threat of globalisation then Covid-19 would not have had a chance to spread in the first place.

While it’s far from clear that the economic fallout from Covid-19 will benefit populists, there are several reasons to believe that it might. Although coalition-leading parties in Western Europe received a short-term boost in their polling from Covid-19, and although we might expect voters to seek competence during any crisis, incumbent and mainstream parties actually lost vote share in the wake of the global financial crisis. Historical research shows that long-term economic dislocation benefits populists.

The economic dislocation caused by Covid-19 and by recent and looming technological change will affect the job market in ways that will create opportunities for right-wing populists. It’s true that extensive job retention programs in most European countries have minimised the impact of Covid-19 on locked-down businesses and their employees. But many businesses will no longer be viable when these come to an end. Many small businesses and service workers in retail and hospitality will suffer the effects of consumers electing to satisfy more of their needs using e-commerce, food deliveries and so on.

Small business owners and workers in services and manufacturing are the main occupational groups that support right-wing populist parties in Europe. As the summer progressed, these populists shifted from supporting lockdowns to criticising them for being too harsh, largely because of their effect on small businesses and jobs. Lasting economic fallout will give them the opportunity to win more of these voters. This would be consistent with the impact of past technological change and trade shocks, which recent research has shown to have increased support for right-wing populists.

The economic fallout from Covid-19 will also create challenges for mainstream right and left parties. Daniel Oesch and Line Rennwald of the University of Geneva have found that small business owners divide their support between mainstream right-wing parties and right-wing populists, while service-sector workers divide between mainstream left parties and right-wing populists. But mainstream right and left parties receive a greater overall percentage of their support from professionals and managers, who have been less affected by Covid-19. This will make it more difficult for them to respond to Covid-19’s economic fallout with support for small businesses and service-sector workers with policies that are less beneficial to the managers and professional workers who would need to pay the taxes to support them. Right-wing populists, who receive little support from managers and professionals, wouldn’t face these conflicting objectives.

Global populism might have lost its flag-bearer, but Donald Trump was much more a consequence than a cause of its success. Economic and cultural changes in the recent decades slowly built up grievances that have allowed entrepreneurial politicians and outsiders to win votes and gain power through xenophobic, anti-elite appeals. Neither Trump’s departure nor Covid-19 have eliminated the longer-term economic and cultural grievances from which support for populism grew. And Covid-19 could well broaden economic grievances, creating new opportunities for populists. •

Brett Meyer is a research fellow at the Tony Blair Institute for Global Change.

Books | From butterflies to humans, migration is essential and unstoppable 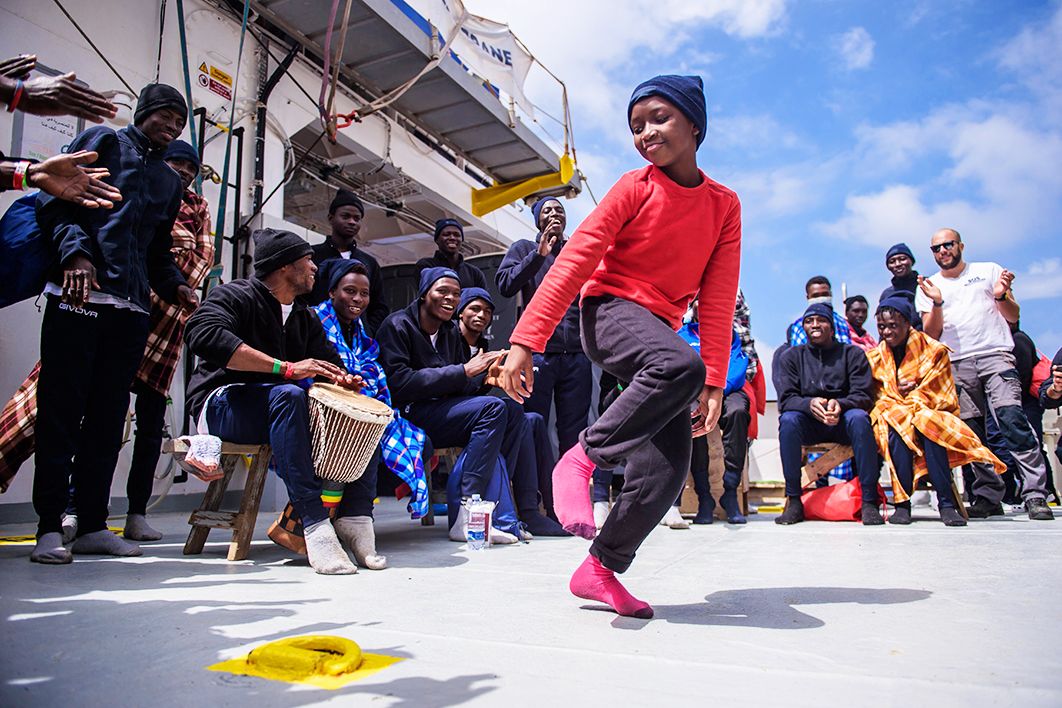