Another reason I won’t be standing for parliament 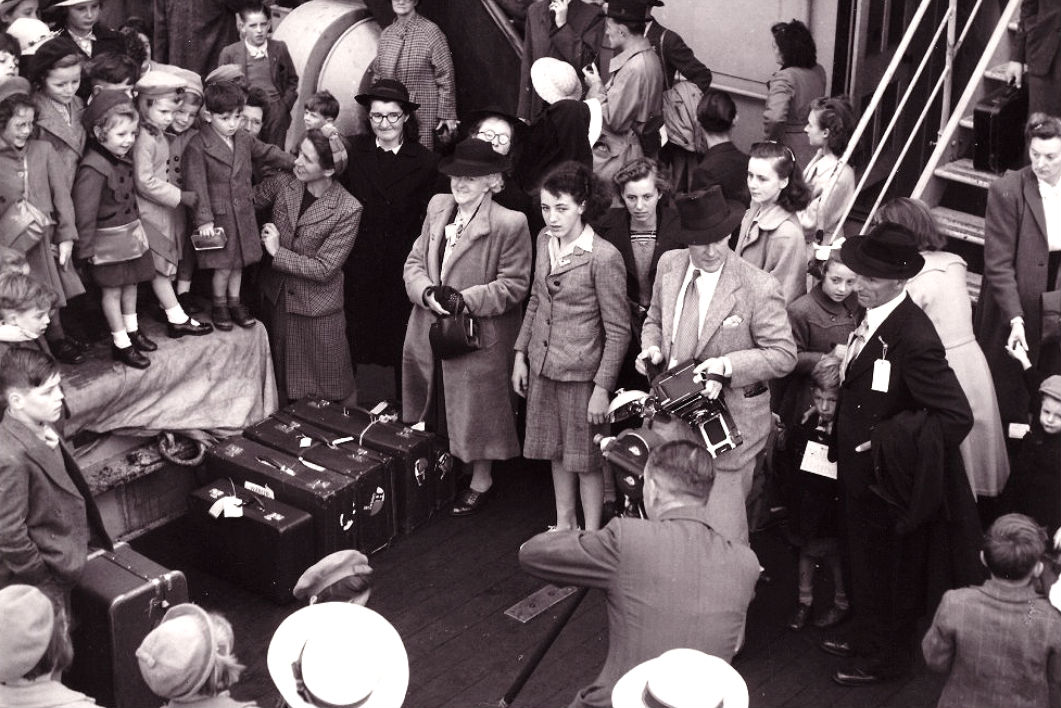 I’m fortunate never to have contemplated nominating for elected office. But, like many Australians, the recent debate has caused me to ponder my own status under section 44(i) of the Australian Constitution. Despite being born in Sydney and long assuming that I was exclusively an Australian citizen, my eligibility for election to my own nation’s parliament proves to be quite a puzzle.

The simplest half of the puzzle is my father’s birth as a German citizen in Frankfurt in the 1930s. Thanks to Adolf Hitler, whose Eleventh Decree to the Law on the Citizenship of the Reich stripped my Jewish father of his citizenship in 1941, years after he arrived in Australia, I am certain I’m no German.

But there is a complication: Article 116(2) of Germany’s Basic Law provides that people in my father’s position “and their descendants, shall on application have their citizenship restored.” Although I haven’t applied, it seems arguable that I am “entitled to the rights or privileges of a subject or a citizen of a foreign power” (a phrase that the current High Court says is part of the same “limb” as section 44(i)’s ban on foreign citizens). This interesting legal question can only be tested if someone like me is elected as an MP and then has her eligibility challenged in the Court of Disputed Returns.

If I were ever elected to a very narrowly divided parliament, there would be a good many people with much better resources and motivation than me to solve the mystery of my citizenship.

The trickier part of the puzzle is my mother. She was born during the second world war somewhere on the Soviet side of the front. However, precisely where in the former Union she was born (and hence her potential current foreign citizenship of a former Soviet Republic) is something that only my long-dead grandparents know for sure.

My mother obviously can’t confirm her birthplace with any certainty. Her earliest memories are of crossing countless borders as a refugee. (My grandparents themselves were very vague about the details and timelines of their respective wartime ordeals. It is obvious that they were awful experiences.) While none of these facts concern me at all, every single detail would be crucial to determining my current eligibility under section 44(i).

Yet the current High Court’s judges (some of whom would also be my future electoral executioners) saw fit to declare:

It is necessary to bear in mind that the reference by a house of parliament of a question of disqualification can arise only where the facts which establish the disqualification have been brought forward in parliament. In the nature of things, those facts must always have been knowable. A candidate need show no greater diligence in relation to the timely discovery of those facts than the person who has successfully, albeit belatedly, brought them to the attention of the Parliament.

If I were ever elected to a very narrowly divided parliament, though, there would be a good many people with much better resources and motivation than me to solve the mystery of my citizenship. Somewhere, there may be an old Soviet record, or a wartime refugee camp form, or a surviving acquaintance of my grandparents, that could belatedly confirm me as a citizen of one of a potential dozen or so nations, each with its own highly complex and shifting citizenship laws. My own ignorance of these matters (no matter how diligent my personal search) would be absolutely irrelevant to my future eligibility. So holds the High Court in its judgement in the case of Senator Matt Canavan.

And for me to do my constitutional homework would, at a minimum, be punishingly expensive, much more so than the truly ridiculous sums that Sam Dastyari had to pay to (probably) rid himself of his Iranian citizenship. Worse, there is every likelihood that I would be unable ever to be sure that I wasn’t a foreign citizen, much less satisfy any party contemplating nominating me. The likely result of any “serious reflection on the question” of my eligibility (as the court put it) is that nominating me would not be worth the risk. And I am hardly an unusual case (outside the “came with the First Fleet” set, that is).

The court — which a week earlier struck down Tasmania’s vague anti-forestry protest laws because of their “effect of inhibition or deterrence on the freedom” of political communication — seems entirely blind to the “significant deterrent effect” its judgement will have on a sizeable fraction of Australians who might otherwise seek to exercise their right to participate in Australia’s representative system of government.

Just imagine a future federal election, called (as they often are) by surprise:

● First, many Australians will contemplate a stab at elected office. For most, it’s just a matter of finding the deposit and some signatures. But for others with a bit too much foreign blood, it’s a time for “serious reflection” and even more serious expense. For many of those, there’ll be far too little time to feasibly nominate.

● Next, the parties race to finalise their nominees. The faceless men will face the following non-quandary: should they punt on the Australian with immigrant parents from tricky countries, or a multi-generational Australian? Backers of the true-blue Aussie will ponder a whisper campaign about her opponent’s “High Court problem.”

● Then the nomination date closes. The media will immediately demand that all candidates furnish “proof” that they aren’t dual citizens. Naturally, it’s the “ethnic” candidates who will come under the closest scrutiny. If any baulk at detailing their heritage, their political opponents will dog whistle by quoting the Kiefel Court’s words on “split allegiances.”

● At last, the election result is announced and it’s a close one! Rather than negotiate over a minority or coalition government, the parties hurriedly conduct background research into a small subset of suspect opposition MPs, while the media frets about the party’s carelessness in nominating them. The internet buzzes with speculation, well-founded or otherwise, about the veracity of the foreigners’ paperwork, speculation that never entirely fades.

● Finally, the new government forms. But wait! Given academic speculation that ineligible ministers’ decisions can “possibly” be challenged, should the new PM really risk appointing an MP whose status isn’t 100 per cent certain to the cabinet? If she’s a risk-taker, the new PM may take a punt on some of the new ethnic MPs, but certainly not for a senior position.

I hope my prediction will be wrong (again). I am confident that, one day, despite all this, we will have a prime minister from a minority ethnicity. But can we be sure that an outdated constitutional provision won’t tarnish, or even undercut, that crucial moment in our nation’s history?

Professor George Williams, who (unlike me) correctly predicted the government’s humorous but lingering predicament, sees only two ways out of this debacle:

One is to conduct an audit of the eligibility of all parliamentarians to identify those MPs who may now be disqualified due to the High Court ruling. There is now sufficient certainty about the state of the law on section 44 to enable this to be conducted immediately. The second option is to recognise that section 44 of the Constitution is ill-suited to modern times and should be amended.

These are lousy options. The first (which matches a similar call by some crossbenchers and a growing number of journalists) would basically guarantee my prediction, and indeed accelerate it. The second assumes that we live in a bizarro Australia where sensible proposals for constitutional amendments aren’t routinely derailed by politicians seeking short-term political gains.

I have two alternative proposals. The first is to think outside the (Australian) box. Why not negotiate with the major sources of Australian immigrants — Britain, New Zealand, India and China, for starters — to have them insert a provision into their own citizenship laws that instantly revokes the citizenship of Australians who nominate for a federal election, without fees, paperwork and, crucially, the nominees’ awareness of their dual citizenship? (The nomination form could duly warn nominees of this possibility.)

To be sure, this would be a highly embarrassing request for one government to make to another, but it would provide the clearest legal way to reduce the continuing instability imposed by section 44(i), in the absence of a debilitating constitutional campaign.

Not every foreign country will change its laws to suit Australia’s quirks, so the problem would remain. My second proposal is to shift the “homework” burden to all Australians, rather than just the foreign ones. Much as the Mormons’ penchant for posthumous baptisms has led Utah to expertise in genealogy, it seems likely that section 44(i) will enrich many Australian lawyers in the esoteric field of foreign citizenship law. But there should be no need for nominees, or even political parties (especially minor ones) to bear the enormous costs of finding and engaging those experts, much less sorting through and acting on their (potentially conflicting) advice. Rather, the government should fund an independent agency that provides a “foreign citizenship assessment and renunciation service” to all prospective nominees for federal election who make a timely request. It will be for that service to research all relevant laws and each potential nominee’s background, do all the legwork (aided, perhaps, by intergovernmental cooperation) and bear all the expense of effecting a renunciation (or reasonable steps to that end).

To be clear, both of these proposals are expensive, but section 44(i)’s considerable financial costs are already imposed on prospective nominees and their parties, well-resourced or not. Now that our nation’s grandest pooh-bahs, judicial and otherwise, have opted to follow the script of that thinly disguised lampoon of British bureaucracy, The Mikado, such extreme measures have truly become a “constitutional imperative.” ●

Jeremy Gans is a Professor in Melbourne Law School, where he researches and teaches across all aspects of the criminal justice system. This is an extract from a recent post at Opinions on High.