Are the IMF’s forecasts too pessimistic?

With the right policies, the IMF’s recovery can happen with less pain than forecast 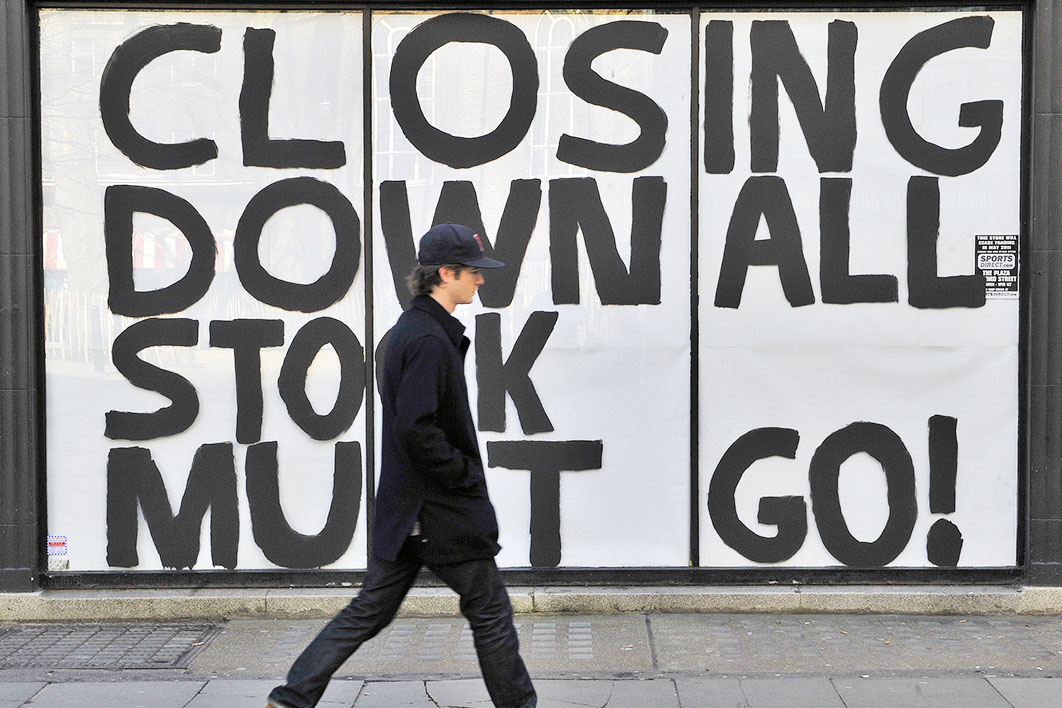 In 2011, three years after the onset of the global financial crisis, the British economy was still in an austerity-generated slump. Andy Ray/EPA

Millions of workers around the world, unable to do their jobs because of government responses to the coronavirus, are either unemployed or being kept in work by massive wage subsidies. Whole industries, most obviously the global airline industry, have effectively shut down.

We know all this, and yet it was alarming to read claims by the International Monetary Fund that the world is about to experience the worst recession since the Great Depression. One journalist wrote excitedly of “a decline in global output thirty times greater than during the global financial crisis.” The basis of that alarming statement was an IMF graph showing a global output decline of 3.0 per cent from the pandemic, compared with 0.1 per cent during the GFC. Even more strikingly, the IMF assumes that the pandemic can be brought under control relatively rapidly, without an indefinite lockdown. A longer lockdown, the IMF’s analysis implies, would mean a bigger downturn.

The reality is less dire. If the pandemic can be controlled while most economic activity is allowed to resume, and if stimulus policies can be sustained (that’s two big ifs) then most of the developed world will suffer less severely than in the GFC. Moreover, while the biggest economies in the developing world, those of China and India, will be significantly affected, both are projected to experience positive economic growth for the year as a whole.

How can this be so? The IMF statement is misleading for two reasons. First, it compares the single years of 2020 (for the pandemic) and 2009 (for the GFC). But the GFC, like the Great Depression, lasted much longer than that. The official length of the GFC-induced recession in the United States, as estimated by the National Bureau of Economic Research, was eighteen months. And the adverse effects on employment and incomes continued for nearly a decade, right through the Obama administration, leading economists such as Brad DeLong to label it the Lesser Depression.

Europe’s experience was even worse, with the bailout of banks producing the sovereign debt crisis of 2010 and the disastrous period of austerity. GDP did not return to the pre-crisis level for years, and the losses appear to have been permanent.

By contrast, the IMF is projecting a “V-shaped” virus-induced recession during 2020, with most of the output lost this year being regained next year. The reasoning is straightforward. If the virus is eliminated or effectively contained, businesses like restaurants and retailers will reopen quickly and consumers whose spending has been constrained by the lockdown will be keen to patronise them.

The second factor is the treatment of China and India, both of which experienced stellar economic growth in the first decade of this century. India was largely unaffected by the GFC, and China’s fiscal stimulus policies (like Australia’s) minimised the impact. As a result, they maintained positive economic growth and, because of their size, effectively cancelled out the impact of the GFC in the developed world.

When the virus emerged, by contrast, China and India were already growing more slowly than in the past. In China’s case, this was largely because it had exhausted the easiest sources of growth (technological catch-up and migration from agriculture to industry). India’s slowdown reflected a series of missteps by the Modi government, notably a botched currency reform. With a lower initial growth rate, the pandemic pushed growth in these countries closer to zero. Already, in the March quarter, China has experienced negative growth for the first time since it began producing national accounts, and India is likely to follow.

On the plus side, China’s lockdown appears to have contained the virus, and the economy is beginning to recover. Lockdowns elsewhere seem to have followed a similar course, taking a month or two to produce a substantial reduction in infections. If these low levels can be sustained with appropriate social-distancing measures, a V-shaped recovery is possible.

The big risk for Australia, in health terms, is that excessive alarm about the economic consequences of lockdowns will lead to a premature removal of controls and a renewed outbreak of the pandemic. Any relaxation of controls must be based on a careful analysis of the benefits and costs.

In economic terms, the biggest danger is an early attempt to return to pre-crisis “normality.” Even if the upturn begins in a few months, industries such as international tourism will take years to recover. Income-support measures will need to be maintained well beyond the six months for which the current legislation provides. Moreover, the crisis has exposed the complete inadequacy of the support provided to unemployed workers and people with disabilities under successive governments.

Rather than a “snapback” to the supposed normality of the recent past, we need a policy that takes account of the reality that our economic system is subject to regular crises, generated both by external shocks like a pandemic and by its own inherent instability. •