Are we overthinking referendums? 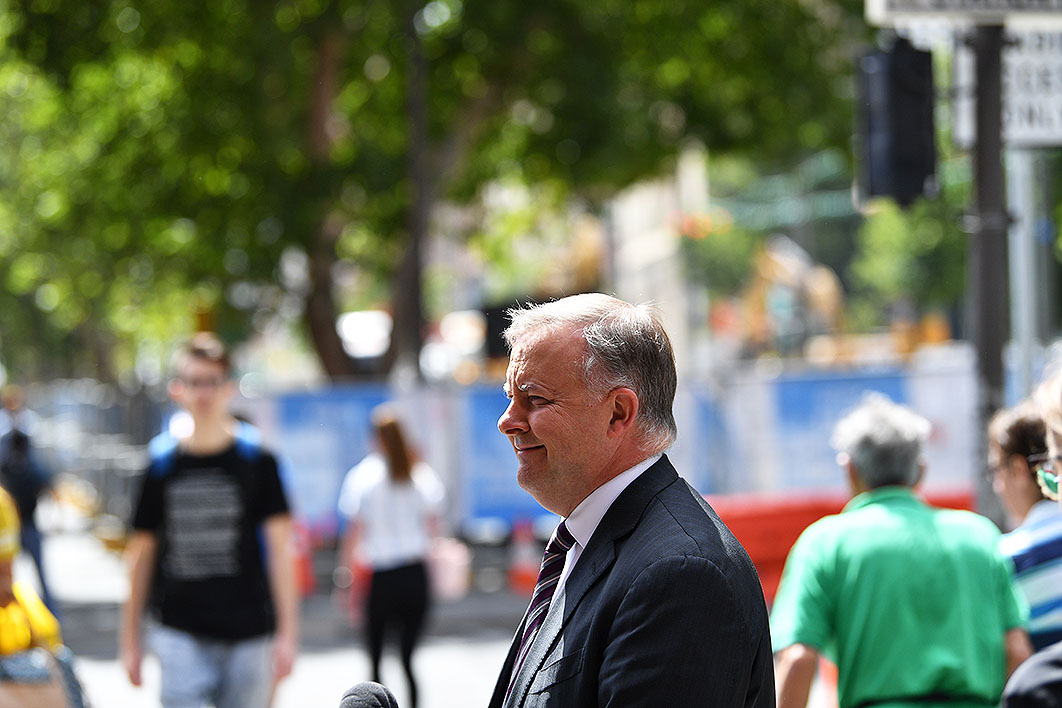 When Anthony Albanese recently suggested holding two constitutional referendums on Australia Day next year, he was thinking way outside the square. The senior Labor frontbencher cast his proposal as a response to the increasingly virulent displays of opposition to the date of our national celebration: “Instead of change the date,” he said, we should “enhance” it by turning it into a celebration of (he hoped) the success of those national votes.

Albanese has ambitions to be Labor prime minister — preferably the next one — and his behaviour should be viewed through this prism. But let us take this idea at face value.

On one of his proposed referendums, to recognise Indigenous Australians in the Constitution, Albo was vague. Mere symbolic recognition was rejected by the First Nations Constitutional Convention last year in favour of a voice to parliament. But the Turnbull government has already vetoed that, and while opposition leader Bill Shorten has expressed sympathy for the idea he has not pledged to take it to a national vote if he wins office.

Hence this Albanese contortion: “Aboriginal people have determined for themselves what they want to see with the Uluru Statement from the Heart, and consistent with that of course is recognition in the Constitution.”

Make of that what you can.

The other referendum topic (and you get the feeling this was tacked on as a sop to true believers) would be that durable piece of 1990s kitsch, an Australian republic. Labor policy is to hold a non-constitutional referendum (aka “plebiscite”) in its first term of government asking voters whether they support the general idea of a republic, and then, in the event of a Yes majority, to devise a model to put to constitutional referendum, so Albanese’s apparent desire to leap to stage two could be seen as problematic.

Holding referendums on Australia Day would throw up ready-made avenues for No campaigners along the lines of “Hands off/don’t politicise Australia Day!” and “This is the first step towards changing the flag/anthem/country!” And 26 January 2019 will be a Tuesday: we’re being dragged back from our four-day weekend for this?

Still, if we only considered potential downsides we’d never hold a referendum again about anything.

There is zero chance of this suggestion’s being taken up by the current Coalition government, but it’s very possible we’ll be living under a Labor regime this time next year, because a general election in the second half of 2018 remains a real possibility, despite Malcolm Turnbull’s ruling it out last month.

Let us suppose Labor is in government next January. The issue that Albanese sidestepped, what “recognition” would entail, would have to be dealt with. A minimalist model might receive Coalition support — but probably not, because Liberal opposition leaders are institutionally all but unable to support Labor government referendum proposals. And anyway, it’s already been rejected by Indigenous leaders.

The voice to parliament, on the other hand, would be met with a ferocious No campaign, from the Coalition and elsewhere. And organising that republic vote is difficult to envisage in such a short space of time.

One of the roadblocks to constitutional change in this country is the habit Australia’s policy and commentator class has fallen into of only contemplating holding referendums midterm. The obvious, cheaper, more convenient alternative, to put them with general elections, tends to be discounted because (so it is argued) any referendum will be overwhelmed by the frenetic struggle of policies, gaffes and horse-race commentary. People will end up ticking the referendum ballot having given it not a great deal of thought.

But that’s actually a reason to do it that way.

The broad history of Australian constitutional referendums is well-known. Of forty-four votes since Federation, only eight have passed. Another five attracted majority national support but failed to clear the double-majority hurdle. Labor governments were responsible for twenty-five, with one success, while conservative governments had seven wins from nineteen attempts. (That nineteen contains the anomalous 1999 vote on the republic and the preamble, not officially supported by the government.)

Labor government referendums almost never receive federal opposition support, even if the conservatives have, or will, put up the same proposal themselves. Labor oppositions, by contrast, have usually been on board with governments’ referendums.

Our first three referendums, one in 1906 and two in 1910, were held with general elections. Two received a popular thumbs up and the third came close (with a touch over 49 per cent national support). Then in 1911 a Labor government held two, midterm; they were soundly flogged, with a little under 40 per cent Yes vote each. At the 1913 election Labor put them again, split into six, and these also failed — but more respectably, each receiving between 49 and 50 per cent support. That’s been the general pattern of referendums lacking bipartisan support.

Overall, since 1901, twenty-three referendums held midterm have averaged 48.4 per cent support, while the twenty-one put with elections averaged 52.3 per cent.

Today we’re contemplating a Labor government’s attempt to amend the Constitution, and Labor-only numbers are more dramatic: the midterm ten averaged 37.9 per cent support; the fifteen with elections average 49.3 per cent.

The argument for holding referendums apart from elections tends to be that by avoiding partisan argy-bargy the issue can be calmly decided on its merits. This seriously represents hope over experience: Labor-held midterm referendums have always degenerated into rancour, misrepresentation and name-calling. (And much as you might like the result of last year’s same-sex marriage survey, that campaign shared those characteristics.)

And they’ve always led to a big defeat. Early opinion poll support for the Yes case collapses as it becomes something else: a national by-election, an avenue for channelling general resentment, an opportunity to give the government a bloody nose. Almost invariably, the fact of its being held midterm becomes a reason to vote against it. Why are they wasting taxpayers’ money on this, dragging us to the ballot box? (This dynamic could not apply to the marriage quality survey as it was No supporters who had insisted we go through this exercise.)

Some advocates of constitutional change seem partly to desire a replication of the experience of 1967, or rather received accounts of that. In reality, that “Aboriginals” referendum almost fifty-one years ago, with a huge 91 per cent Yes vote, was swamped in the campaign by its partner, which was seen as the main event but is now largely forgotten, the proposal to break the nexus between the House of Representatives and Senate numbers. (It went down, badly.)

There’s a lot to be said for voters’ not overthinking an issue. (As the Australian Bureau of Statistics revealed this week, almost three-quarters of respondents to the same-sex marriage survey returned their form in the first week of the six week campaign.)

The only good reason for midterm referendums is that bipartisanship should, in theory, be easier to achieve. In practice, this too has been illusory, especially with Labor in office.

The most successful set of referendums put by a Labor government was with the 1946 election. One succeeded, the other two failed but received majority support. Labor’s worst bunch came in 1988, with all four receiving support in the thirties.

The assumption about midterm referendums needs rethinking. Some American states, for example, routinely hold referendums, constitutional, binding or indicative, with elections. Why wouldn’t you? It makes a lot of sense. Our parliamentarians grasped this at first, before developing bad habits.

There’s a backlog of constitutional issues Australia could take to the vote. The Indigenous voice to parliament, a republic, section 44, recognising local government. (I would add one to de-race the Constitution: in essence the changes that the “minimalist” Indigenous recognition would have entailed — get rid of section 21 and alter section 51xxvi so that it refers to something like “advancement of Indigenous people” rather than “race” — but I would not cast the proposal as anything to do with recognition.)

There would be others. Perhaps a preferential vote on options for the date of Australia Day. And they should be done at Labor’s first re-election attempt. The strategists will baulk — “one campaign at a time,” they’ll insist — but that applies to No campaigners too.

And history has shown the midterm alternative, again and again, ending in debacle.• 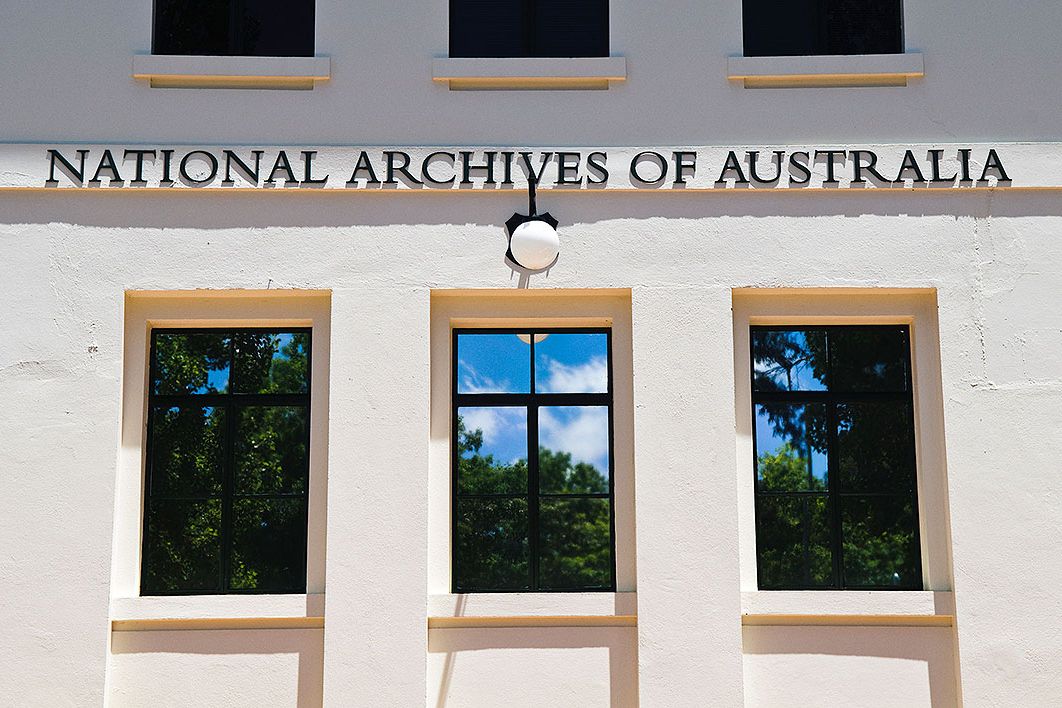