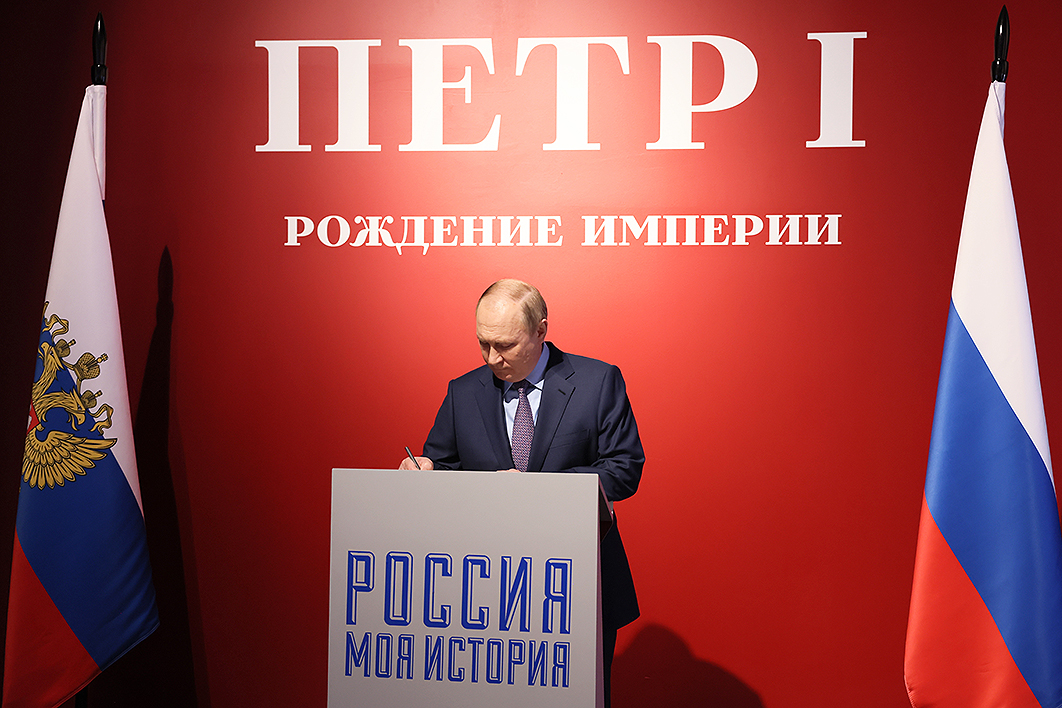 Unhealthy dreams: Russian president Vladimir Putin signs the guest book during his visit to the “Peter I: The Birth of Empire” exhibition in Moscow in June. Mikhail Metzel/Sputnik via AAP

Back in 2004, as I walked through the tent city of the Orange Revolution in Kyiv, I knew something historic was afoot. I was serving as an election observer, travelling the length and breadth of Ukraine to spot election fraud, a role I performed in five Ukrainian elections in all. A decade later, when Russia first invaded Ukraine in 2014, I lived for a year in the eastern Donbas region as a ceasefire observer, seconded by the British government to monitor the war, visit the MH17 crash site and perform other intense tasks of this nature.

All of us on this mission, working to help Ukraine for many years, knew just how precarious the country’s situation was. And then, in February this year, all hell broke loose with Russia’s full-scale invasion.

I’ve spent a lot of time working in Ukraine, which is the only reason I wrote Russia’s Road to War with Ukraine: Invasion Amidst the Ashes of Empires. My book is the outcome of an eighteen-year relationship with travelling, living and working in Ukraine at different times.

Which is why it was galling to see Mark Edele, reviewing my book in this publication, egregiously misrepresenting my motivations and credentials for writing the book, and misrepresenting my overall argument. I have no idea why he chose to do these two things, but I can put the record straight here.

Professor Edele characterises me as an “international relations academic” and suggests I rely on a theorising approach in my book. This is simply untrue: I rely on my personal observations, and my judgement as a former diplomat, to explain the slow decline in contemporary Russia–Ukraine relations. I also look honestly at the inadvertent consequences of some of Ukraine’s foreign policy choices.

Professor Edele inaccurately summarises my argument as attributing the 2022 Russian invasion to a response to NATO expansion. I do nothing of the sort: I clearly argue that Russia’s elites, headed by Putin, have unhealthy dreams of empire. Hence the subtitle of my book, arguing that this is a war of imperial expansion. Another driver is that Putin sits atop a dysfunctional autocratic system that has afforded him a jaundiced view of Ukraine’s independent path.

Yes, NATO expansion — and Ukraine’s enthusiasm to join the alliance — is a third driver of the war. But it is one Russian motivator among several, which is precisely why Professor Edele and the headline of the review article mischaracterise my work. Professor Edele in effect claims that I am arguing that a complex war arises from a single cause. I do not argue for mono-causality, and I make this abundantly clear in my book.

To Professor Edele, I remark, “It’s the empire, stupid!” Russian dreams of Soviet and Tsarist empires have collided with what Putin, Lavrov and the rest of them see as a US-led neo-imperial project.

My book examines precisely why our benign view of NATO expansion, common in my country, Britain, and probably also common in some Australian circles, is not universally held. Any honest accounting of Russian motivations to go to war in 2022 in Ukraine must factor in differing interpretations of NATO. Let’s not bury our heads in the sand over these complexities.

Over many years, I have seen with my own eyes the oscillation in Ukraine’s political identity, and the consequent deterioration of relations with Russia. I have stepped far outside the university classroom and put myself in harm’s way to see what is happening in Ukraine’s remote regions.

My book may not be to everyone’s taste, but at least get the facts right about my professional background, my credentials for writing it, the time it has taken me to accumulate my insights, and the multilayered nature of my argument. •

Samir Puri is a Visiting Lecturer in War Studies at King’s College London. His previous book was The Great Imperial Hangover: How Empires Have Shaped the World.