Australia’s corporate regulator played a key role during the pandemic. But its critics still aren’t letting up 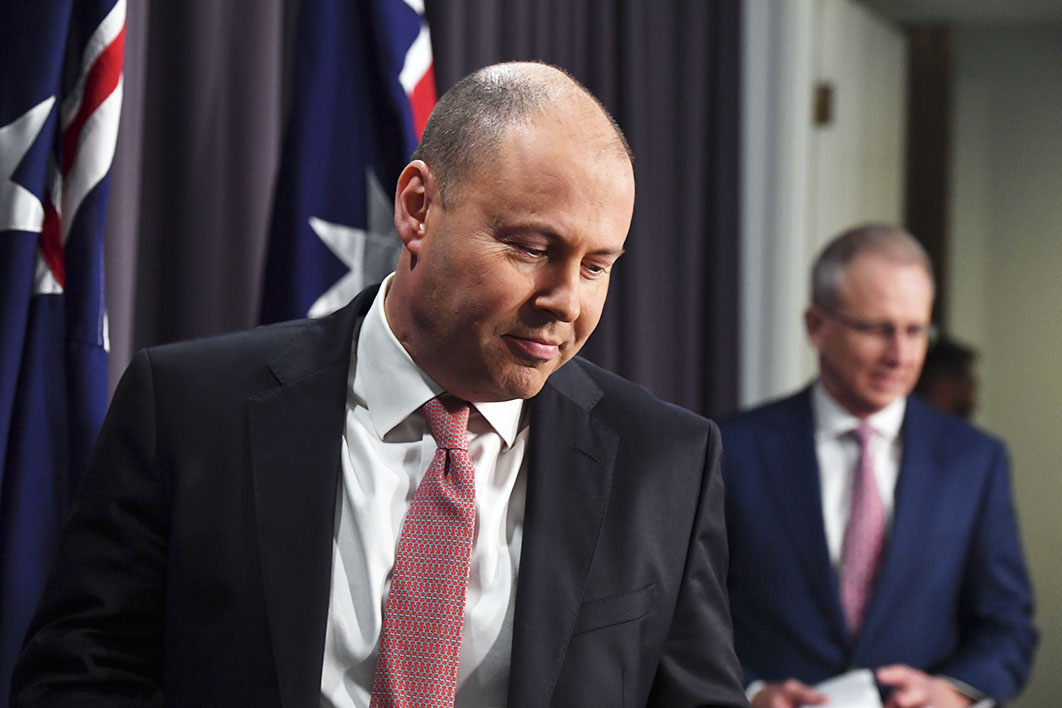 At the AFR Banking and Wealth Summit last November Josh Frydenberg gave a self-congratulatory assessment of how the Australian economy had weathered “the biggest shock since the Great Depression.” Australia, said the federal treasurer, had “fared better than nearly any other nation,” a success underpinned by the resilience of our financial system. In a “Team Australia” moment, the government, the finance industry and key regulators had come together to stabilise a potentially volatile system.

What Frydenberg neglected to mention were the identities of the key regulators in Team Australia. The only one singled out for attention was APRA, the prudential regulator — which was hardly surprising given the role it played in ensuring that Australian banks backstopped the economy during the crisis. But even on Frydenberg’s reckoning, Australia’s resilience owed much to the share market having continued to operate reasonably well. And share markets, of course, are just one of the many activities supervised by the Australian Securities and Investment Commission, the much-maligned corporate, markets and financial services regulator.

Failing to acknowledge ASIC’s contribution is very much in keeping with the prevailing view in the business media that it is a great regulatory disappointment. In the past year it has been taken to task for losing high-profile court cases; for excessively remunerating its chair and his now departed enforcement deputy; for delving into policy areas where it isn’t wanted; and for failing to read the “mood” of change inside the government. Its commissioners — of which there are too many, say the critics — are not sufficiently business-oriented in their approach to responsible lending, and the relationship between the soon-to-depart chair, James Shipton, and his remaining deputy, Karen Chester, is said to be toxic. The critics want the treasurer to “take the axe” to ASIC.

So busy are they pointing out ASIC’s failings, in fact, that seemingly no one, including the treasurer, has been able to acknowledge what ASIC did for the Australian economy, and how quickly, during 2020. It didn’t wait for instructions from government: it was on the job well before the enormity of the crisis was recognised by the business community.

Quickly, confidently and deftly, ASIC applied its regulatory craft. It anticipated problems well in advance, engaged with and assisted companies, responded quickly to new circumstances, spelt out revised priorities, tracked and reported its activities, and planned its regulatory agenda for a post-Covid world. None of this was any secret, yet it was missing from Lessons Learned from COVID-19 on Regulatory Responsiveness, a recent, hard-to-find report from the Department of Prime Minister and Cabinet, to which I’ll return.

Timing, as they say, is everything, and for once, ASIC got it just right. On 28 February last year, during his opening address to the joint parliamentary committee on corporations and financial services, Shipton advised that ASIC was already identifying looming risks for the sector it regulates. It was anticipating the potential consequences and contacting affected firms, he said, as well as preparing a plan for surviving the approaching storm.

ASIC’s monitoring and planning proved critical. On 15 March, with global equity markets gyrating wildly, it pre-emptively limited the number of trades executed each day in Australia’s stock markets to protect their processing and risk-management capabilities and ensure they remained fair and orderly for all market participants. Panic was cauterised before it could take a destructive path. Markets have been volatile since then, of course, but less so than before that March direction.

By 20 March, ASIC had turned its attention to public companies, and especially those with annual general meetings due before the end of May. It announced that affected companies could delay their AGMs or — despite the Corporations Act’s prohibition — opt to hold them virtually. The federal government subsequently passed laws permitting virtual AGMs, and now proposes that this option be permanent.

ASIC was well aware that it had to do all within its power to carry out its mandate while helping businesses to emerge from the pandemic as viable entities. Only the absolute essentials of its existing regulatory work could continue.

The extent of ASIC’s responsiveness became clear later in March when it announced a recalibration of its regulatory priorities for the next six months. Efforts would focus on the challenges of Covid-19, particularly where there was a risk of significant consumer harm, serious breaches of the law, damage to market integrity, or business failure. ASIC’s enforcement work would focus on preventing consumer harm and egregious illegal conduct. Where warranted, industry participants would be given relief or waivers from complying with legal requirements.

And so it went on through 2020. Every activity was recorded for posterity by ASIC’s online regulatory tracker, ensuring ASIC’s actions and responsiveness were transparent and disclosed to the public. Those regulatory initiatives and responses were as varied as ASIC’s regulatory remit; its capital-raising changes alone have enabled companies to raise more than $31 billion since the pandemic began.

Much of this work was “embedded,” as ASIC describes it, by June. While it continued to respond to regulatory requests, it could now plan ahead and revive regulatory activities and priorities sidelined by Covid. In August, reasoning that businesses needed to begin mapping out their post-Covid futures, the organisation released a new corporate plan highlighting areas of particular regulatory concern, including the automotive, continuing credit and debt-management industries. It also issued guidance on what it expected of mortgage brokers once the delayed laws imposing a “best interest duty” became operative, and what was expected of banking institutions when the period of mortgage loan deferrals came to an end.

ASIC was mindful that restoring confidence in the Australian economy post-Covid meant improving legal standards of conduct. “As we transition to ‘Covid normal’ we cannot allow this halt in reality caused by the pandemic to mean that we stand still,” ASIC commissioner Sean Hughes told a retail credit conference in November. “We must continue to strive to address failings, embrace reforms and improve standards. We must keep moving forward as a regulator, as financial services industry participants and as a community/nation.”

Just five days later the treasurer was giving his “ode to Team Australia” speech. While he could not bring himself to acknowledge ASIC’s contribution directly, he did comment on what was expected of regulators generally during the crisis and henceforth: “In the context of the Covid recovery, it is critical that our regulators are conscious of the environment they are operating in and have the flexibility to respond in a way that simultaneously fulfils their mandate, enhances consumer outcomes and supports rather than hinders the recovery.”

Frydenberg’s words weren’t selected at random. They mirrored the findings of the Lessons Learned report, published a few weeks earlier. Considering it covers critically important ground, though, the report is exceedingly hard to get hold of. It isn’t available on the website of its publisher, the Department of the Prime Minister and Cabinet, and my attempts to procure a copy by email and phone were met by silence: no reply emails were forthcoming, no phone calls returned. Even my messages to the office of the minister assisting the prime minister went unanswered. The only person outside government who appears to possess the report is Tom Burton of the Australian Financial Review, who kindly sent a copy.

The Lessons Learned report highlights the importance of regulators responding to Covid-19 in two fundamental ways: by changing their regulatory settings and instruments; and by changing their own attitudes and behaviour. To test whether this had happened, the department consulted “partners” across the Commonwealth public sector and figures in the business community. (“Partners” appear to be the peak business organisations that consulted with regulatory agencies during the crisis.)

Like the treasurer’s speech, the report is short on rather critical details. No list of business organisations and regulatory agencies consulted is included. Some examples are given — including the Fair Work Ombudsmen, Safe Work Australia, the Therapeutic Goods Administration, and the Department of Agriculture, Water and the Environment — but no mention is made of ASIC, APRA or even the undisputed financial regulator of the year, the Australian Transaction Reports and Analysis Centre, or AUSTRAC.

The report gives three criteria by which the department evaluates the effectiveness of regulatory behaviour and culture. First, evidence of strategic clarity and balancing of risk by regulators. Second, flexibility and speed in regulatory responses. Third, customer-focused engagement.

ASIC’s strategic clarity and balancing of risk were evident in March 2020, when it began fostering collaboration with industry and industry groups and consequently shifted its regulatory focus to help them remain resilient during the pandemic. Virtually overnight, with some assistance from urgent legal reforms passed by the government, large chunks of corporate law compliance were made significantly more flexible.

The report commends the Therapeutic Goods Administration for cutting red tape and allowing more hand-sanitising disinfectant to reach market. At or about the same time, ASIC was permitting the $31 billion in low-document capital raisings that helped underwrite the survival of many companies. Both achievements are important, but ASIC’s role is simply never mentioned in the report.

Critical to ASIC’s approach was engagement with stakeholders. The report champions this outcome in general terms, noting how industry peak associations spoke of the less adversarial relationships that resulted. Again, it would be good to know if those comments pertain to financial industry regulators like ASIC, but the Lessons Learned report frustrates on that front time and again.

In pondering that question, they would be well advised to read Sean Hughes’s November speech. Cutting red tape is one thing, but maintaining longer-term confidence and trust in the financial sector depends on maintaining legal standards. Kenneth Hayne certainly thought so when he delivered the report of the banking royal commission.

ASIC has its faults, but facts are facts. The organisation deserves to take a bow for its regulatory effort during the pandemic year. It’s a pity that any applause from government and the business media will be rather half-hearted. •

Helen Bird is a senior lecturer in governance studies at Swinburne Law School and Australian Graduate School of Entrepreneurship.