Are the self-appointed consciences of the Liberal Party helping the government? Peter Brent doesn’t think so 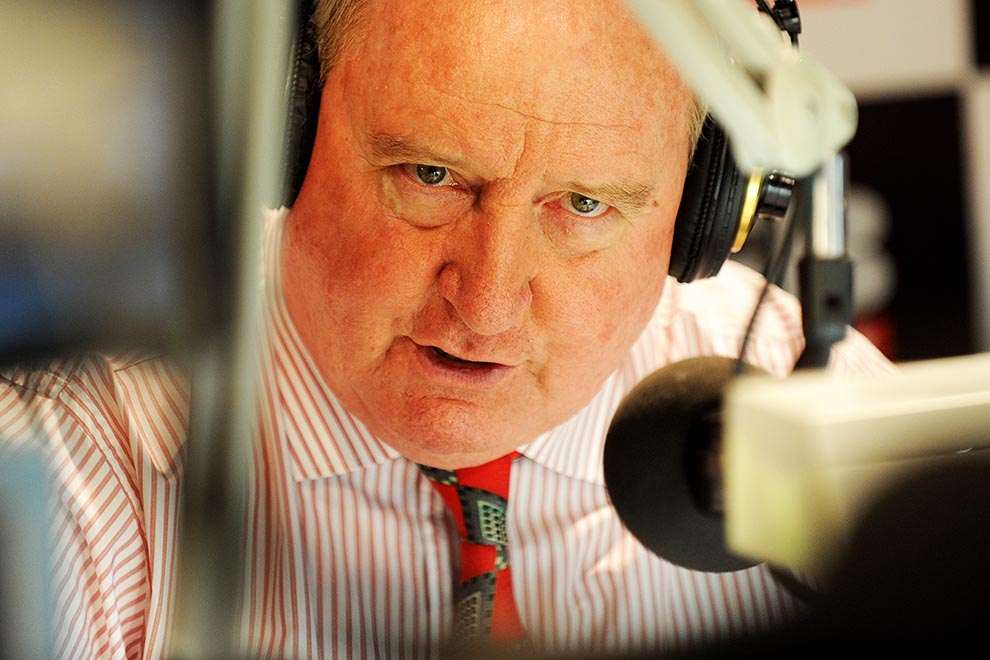 It’s a game some political observers pass the time with: counting participants’ words in encounters between government ministers and radio broadcaster Alan Jones. These tend to involve not so much an interrogation, much less the eliciting of information, as a scolding and a demand for promises of obedience.

After a recent round between Jones and Joe Hockey, the Australian’s Strewth column put the tally at 537 words for Jones and eighty-nine for the treasurer; the exchange included a “340-word monologue” from the interviewer which “elicited from the treasurer a ‘Well, you’re absolutely right.’” More recently, prime minister Tony Abbott scored a less lopsided 1280 to Jones’s 1550, but that’s still a lot of words from the person who’s supposed to be asking the questions.

Why do Liberal frontbenchers subject themselves to these dressing-downs? Andrew Bolt’s Bolt Report on the Ten Network is another venue where government frontbenchers valiantly defend their honour against the haranguing from a self-appointed conscience of the party, a man ostensibly speaking for “the base.”

The phenomenon has no equivalent on the other side of politics – not in public anyway. And it’s a recent development, particularly for a party in government.

John Howard routinely appeared on radio talkback shows, but his message was partly, or mostly, directed at swinging voters. It’s true that for most of her prime ministership Julia Gillard felt obliged to prostrate herself before representatives of a portion of her party’s “base”: union heavies. “We’ve got your back!” the Australian Workers’ Union’s Paul Howes once assured her from a union podium; repeated on the nightly news, it could hardly have been more de-authoritising.

With Abbott, too, the public assurances of allegiance to the party faithful are observed and judged far beyond the immediate, intended audience. Narrowcasting this isn’t.

But presumably most of Gillard’s expressions of devotion were performed in private. And importantly, they began when she and her government were quite obviously in a pile of trouble with the electorate, Kevin Rudd was breathing down her neck and she needed the powerbrokers’ support to survive as leader.

The current government has been fawning over the high priests of the base since day one – ever since Abbott became leader in December 2009, in fact. It’s as if the self-proclaimed consciences of the party felt they finally had true ownership of the parliamentary wing and were never going to let it go. On top of that, perhaps, here was a leader who has always seemed somewhat malleable.

The causes of the Abbott government’s political woes are multiple and complex, with Rumsfeldian degrees of unknown-ness, but this particular dynamic, the apparent need to publicly placate the party faithful, shouldn’t be overlooked. It’s difficult to appear to have the concerns of the Australian mainstream in the front of your mind when you are so loudly formulating ideology-heavy soundbites – the ABC and climate being the most prominent topics – for the rusted-on fanatics.

The base doesn’t see it that way of course. They insist the government’s problems are due to its being insufficiently muscular in the culture battles. And in his weakened state the prime minister has evidently taken note: cue recent inflammatory comments about Muslim leaders and Indigenous communities.

The politics of climate change seem to have become integral to the Liberal identity. When the partyroom dumped Malcolm Turnbull in late 2009, the underlying driver was his poor opinion-poll ratings. Had he appeared headed for victory at the following year’s election, his colleagues would have tolerated his devotion to pricing carbon. Given the bad polls, though, if climate change hadn’t been the point of contention then something else would have triggered his demise. Turnbull was always going to struggle to take his party to an election.

But history records climate change as the issue that brought him down and gave the party Abbott. Perhaps that’s the Liberal Party’s misfortune, because ever since then climate change has been the chief emblem, the matter of high principle, in Australia’s culture wars. And when it comes to climate, no other contender for the leadership can boast Abbott’s sceptical credentials. That’s why the base is so devoted to him. Yet the majority of Australians are deeply uninterested in this or most other ideological battles.

Who does “the base” consist of? When a party is doing very poorly it seems to be the shrinking proportion of voters who approve of its performance. Usually (not always, not in Turnbull’s dying days) the further the party’s support falls, the more it embraces the incumbent leader. The leader plays to the base’s idiosyncrasies, which produces a further shrinking of popularity accompanied by increasing enthusiasm among the remaining few. We saw this spiral play out under Gillard and now Abbott.

With a different leader, the base might be different. The current base is obsessed with climate change and wrongly interprets the 2013 election result as vindication. Even – or particularly – self-labelled libertarians detest Turnbull, even though he seems their best fit among senior Liberals, because he not only unequivocally believes in anthropogenic climate change but was once also determined to price carbon.

Outside the United States it’s difficult to find a centre-right party in such a bind. Over the past few weeks Abbott has publicly backtracked on economic “reforms” and compensated with inflammatory language on social issues. No wonder business is reported to be casting its eye around for an alternative leader. But the base won’t stand for that.

And what can the base give back in return? Some claim that opinionistas such as Bolt can wield influence, but that’s largely internal. Few people whose political support is up for grabs would be influenced by Bolt’s words. The undoubted talents of Jones, whose audience at least contains the politically unengaged, would change more minds, but only a few; his power is wildly overstated by politicians. What these people can do most of all is make the base angrier.

“No more ideology,” federal director Brian Loughnane was reported to have told cabinet members last year. They evidently didn’t listen then, and now, under Abbott at least, it’s too late. •

The Trans-Pacific Partnership: it might be about trade, but it’s far from free

This secretive agreement is less about free trade than about protecting American interests, writes John Quiggin. But there’s a glimmer of a chance it won’t proceed

Not quite secret: opponents of the Trans-Pacific Partnership Agreement during negotiations in the Canadian capital, Ottawa, in July last year. SumOfUs/Flickr 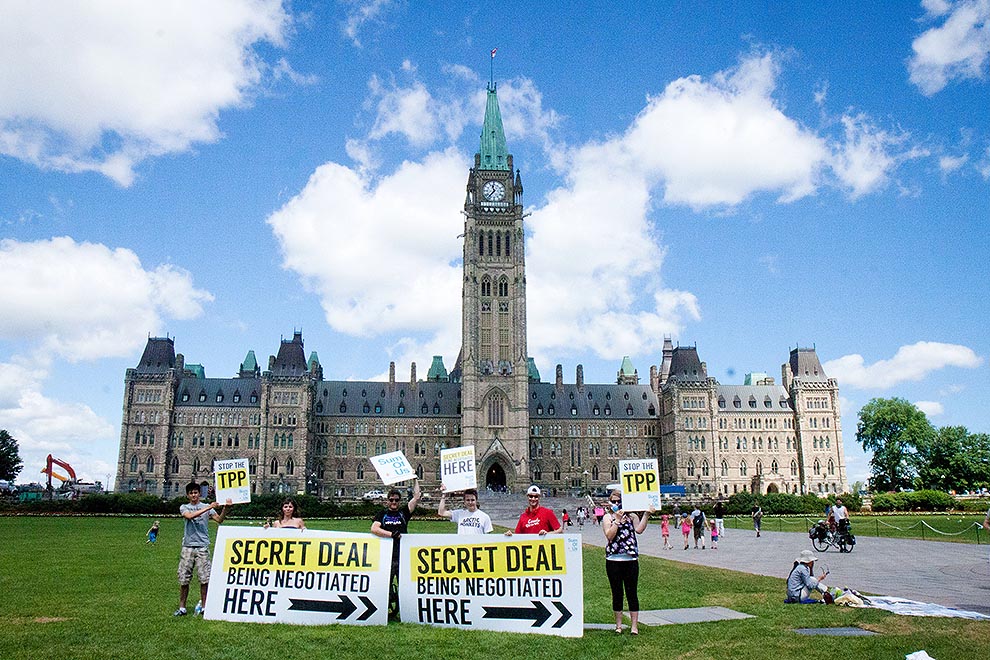 Not quite secret: opponents of the Trans-Pacific Partnership Agreement during negotiations in the Canadian capital, Ottawa, in July last year. SumOfUs/Flickr