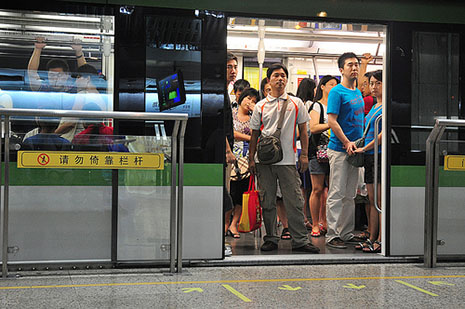 I’VE just returned to China after four months away – my longest break from the country for some ten years, and one that provided a fresh perspective on this country and its place in the world. In Britain, I was reminded of just how much China has become a part of people’s lives – measured by how many of my friends’ teenage children are learning Chinese at school, for example, and the great increase in academic research on the country in British universities.

But I was also reminded that there is often a gulf between how most people in the outside world see China, and how many of its own people – and particularly its government – think it ought to be portrayed. I took part in a conference at which one Chinese student explained how, before coming to Britain, she’d been looking forward to reading the BBC’s Chinese language news website, which is blocked in China. “But when I started looking at it,” she said, “I felt that all the stories were completely negative.”

Views like that have been expressed frequently by the Chinese government in recent years, and particularly since the run-up to the Beijing Olympics in 2008, when there was much tension over foreign media coverage of events in Tibet. Indeed, they have become part of the government’s official line as it seeks to bolster its standing among the Chinese people by highlighting what it implies to be a foreign conspiracy to undermine China’s rise. But there’s little doubt that many ordinary Chinese people – people who may not necessarily believe everything their government tells them – feel that foreign coverage presents an overly negative image of their country, or at least doesn’t focus enough on its human side.

This was confirmed by a small survey of Chinese students I carried out at the Reuters Institute for the Study of Journalism while I was in Britain. Even the students who were critical of China’s own media (and implicitly, of the way the government controls it) suggested that international media coverage of their country needed to be further “humanised” and to cover much more than diplomatic disputes and major incidents of social tension.

I also talked to a number of foreign journalists who’ve covered China, many of whom speak Chinese and have studied and lived in the country for lengthy periods. Some suggested that writing stories about problems in China is partly intended to help encourage improvements in Chinese society; others talked of the basic journalistic principle of offering a voice to the powerless. But others still expressed concern that it was not always easy to get their editors interested in the “softer,” more human stories about individuals and their lives that many Chinese people feel are in short supply in the West.

So, with this in mind, how did China appear to me when I returned after this long break? Did I have the sense that there were aspects of the country that deserved more attention?

The first thing to say is that I was reminded again of China’s complexity, which certainly doesn’t lend itself to simple black-and-white portrayals, and of how endlessly fascinating its current state of development remains. This is a social transition on an enormous scale and provides a constant supply of material for reporting of all kinds.

I was struck again by the very simple fact of just how nice many people in China are, something that doesn’t find a place in many news stories. And not just nice but smart, witty and in many cases remarkably well equipped for life in a challenging world: from the energetic young students in the universities to the friendly middle-aged woman in my local convenience store, a laid-off worker from a government enterprise who somehow managed to teach herself fluent conversational English.

I was also struck again by the fact that, whatever else is happening, China’s physical reality continues to develop constantly. While I was away, Shanghai seems to have filled up with bijou cafes and side-street wine bars. Industrial zones have been converted into “creative spaces”; new lifestyle magazines have appeared on the newsstands. Foreign retailers have continued to pour in, searching for new markets: Shanghai now has The Gap, several Apple Stores, 7-Eleven, and a crop of branches of Marks and Spencer.

The city’s modernity can certainly be startling. On the Shanghai subway (now the world’s largest network after half a dozen new lines opened in time for last year’s Expo) a local supermarket chain has put up advertising posters featuring pictures of different types of groceries and food products; point your smart phone at the code next to the picture and the item will be delivered to your home the following day.

And this modernisation is spreading around the country, and not only in the major cities. I recently passed through Xuancheng – a city I had never heard of before – in the inland province of Anhui, to find it awash with high-rises and new residential compounds, its broad avenues lined with advertisements for luxury lifestyles and new theme parks. The trend is partly driven by China’s massively expanded transport network, which reached what might be its pinnacle in the northern summer when the new high-speed rail line between Shanghai and Beijing – cutting the journey time in half, to five hours – went into operation several months ahead of schedule.

The rush to modernity gained a new symbol recently with the opening of the Guangzhou Opera House – an iconic structure by the British architect Zaha Hadid. Jonathan Glancey, veteran architecture critic of the London Guardian, described it as the world’s most spectacular, putting Sydney’s in the shade. Zaha Hadid had tried to build something similar in Britain, he noted, but shortsighted planners had nixed the idea. Hadid is also working on a number of other projects in China, including a startling new business compound in Shanghai for the Beijing-based real estate developer Soho China. (Indeed, even with the opening of her aquatic centre for next year’s London Olympics, she will soon have built more projects in China than in all of Britain.)

The sense of confidence that still pervades parts of China’s economy was brought home to me when I sat next to a representative of Soho China at a recent event and asked him how the company was coping with the recent slowdown in China’s real estate market. “Well,” he said, matter-of-factly, “we’re a very cash rich company.” It’s hardly a line one would expect to hear in Europe or other Western countries these days. And such self-assurance is echoed in China’s increasing confidence about its place in the world – whether this means taking a tougher line in its condemnation of American arms sales to Taiwan or, together with Russia, vetoing new sanctions against Syria in the UN Security Council.

YET a glance at China’s own media suggests that the full picture is rather more complex. Many stories hint at a fragility behind the confidence. Showpiece projects have run into problems: no sooner had it opened than the Opera House was blighted by problems with leaks and cracks, apparently caused by poor quality construction. And altogether more serious problems have been highlighted in the new high-speed rail network, after the disastrous accident in July when a train broke down and another ran into it at full speed, killing at least forty people. Little more than a month later, with the nation’s transport officials supposedly on a heightened state of alert to prevent further accidents, a similar crash occurred when a power failure affected signalling on the Shanghai subway, injuring more than 270.

What’s been particularly striking is the public response to events such as these. With all this technological sophistication, it’s becoming increasingly clear that more and more Chinese people expect similar competence from government officials. After the train crash, for example, there was an explosion of rage on the internet and in the media after it turned out that officials had simply buried the wreckage of one of the crashed train carriages – according to internet users, without first ensuring that there was no one left alive inside. A railway spokesman who seemed not to be taking the issue seriously was eventually forced to resign amid a barrage of public criticism.

After the crash on the subway, one Chinese newspaper, the Global Times, acknowledged that the Chinese public is increasingly unwilling to accept incompetence. “The public’s fierce reaction to safety issues indicates that Chinese society has taken Western safety standards as a reference, which is real progress,” it noted. Such demands may not be completely “in accordance with China’s reality,” the paper added, but nevertheless insisted that “we cannot complain about public demands being unrealistic. The only option is to try to satisfy these expectations.”

It was a reminder that the Chinese media, or at least sections of it, have also become increasingly assertive in pushing for greater openness in Chinese society and governance. This year, the papers seem to be filled with stories exposing abuses and social problems. They’ve reported how a Chinese tourist was mistakenly beaten up in Beijing by thugs hired by a local government to prevent its citizens from going to the capital to demand redress for local abuses. They’ve reported on cases of torture by local police. And they’ve explored wider issues too, such as the number of cases in which elderly people who’ve collapsed on the street have been ignored because people fear having to take responsibility for their medical costs in China’s increasingly expensive health system.

This critical mood in the Chinese media comes despite government attempts to promote “harmony” ahead of the transition to a new generation of Communist Party and government leaders, which begins in the autumn of next year. There have been attempts to rein in the vibrant internet on the grounds that it too often provides a platform for “baseless rumours,” and several journalists and editors have found themselves sacked or moved after publishing articles the authorities disliked. Yet, overall, the media remains surprisingly bold – and it has now become common to hear people talking about the importance of “scrutiny” of government by the media and, via the internet, by the public.

The government has taken steps to appease public concern by growing increasingly responsive to internet criticism. In an attempt to assuage public anger over fast-rising house prices, for example, it is promoting low-cost housing; in response to anger over forced demolitions and evictions, it has introduced new rules outlawing violence and coercion. But it continues to come in for media criticism over such issues – and for recently announced plans to give the police more powers to detain people without charging them. As the Global Times observed on the one hundredth anniversary of the revolution that toppled China’s last imperial dynasty, “in China, unfair tacit rules are often more powerful than systems and laws.”

So this is the China I have returned to – a complex society, showing increasing signs of maturity, and of social stresses. That’s a picture you can find in China’s own media; if the foreign media can reflect all these aspects too, then it will be doing its job. •

In a bubble on the web

What happens when the internet finds out what we like, asks Jason Wilson 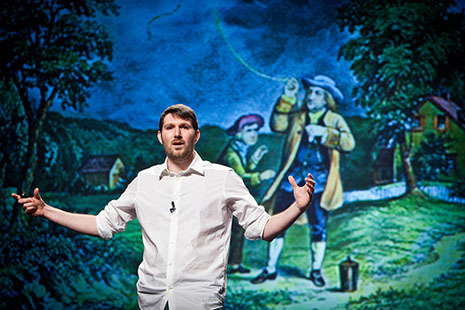