In New South Wales, the bishops opposed the Greens and the Coalition sought a record majority. Both aspirations have created problems for the future, writes Tony Smith 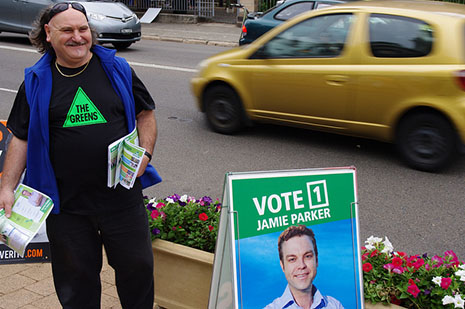 ONE of the highlights of ABC television’s coverage of election night in New South Wales was the honest assessment by Labor MLC Luke Foley, who acknowledged that the loss was thoroughly deserved. As expected, around 16 per cent of voters had deserted Labor, and in many seats the devastation was even greater. In Bathurst, for example, local mayor Paul Toole secured a massive 36 per cent swing for the National Party, even sweeping the booths in the usually solidly Labor town of Lithgow. Pressed about Labor’s errors, Foley cited general staleness, factional fighting, instability, lack of integrity, policy failure and loss of touch with the people. While reluctant to suggest specific remedies, he hoped that the party would undertake serious reforms.

The problem for Labor’s long-term future is that any reform is likely to be qualified – the party will overcome the staleness enough to win, stop factional fighting enough to win and so on. Certainly, one legitimate function of elections is to force parties to engage in self-examination, but issues of principle can be overwhelmed by a pragmatic desire to become competitive again. The deep reform that Labor needs will occur only if the party ignores the distorting lens imposed by pursuit of victory over the next four years and embraces the mantle of humility that the electorate has cast upon it. But post-poll comments about the likely new leader suggest that it might be business as usual for the factional powerbrokers. Analysis will struggle to get beyond personalities.

An anti-Labor swing was inevitable, but the size of the swing to the Coalition was not. Given that one criticism of Labor was that its personnel and policies increasingly resembled those of the Liberal Party, voters might well have opted for other alternatives. The conditions seemed to be ideal for independents and Greens candidates, but the number of independents in the parliament will fall from six to three and much-anticipated Greens challenges in Balmain and Marrickville stalled. The Greens vote, at about 10.5 per cent, increased only about one per cent on the 2007 election.

An anti-Greens statement endorsed by most state Catholic bishops might have made some contribution to the party’s poor showing. If it did, the Catholic bishops have some strange allies. Coalition canvassers at polling booths wore “Stop the carbon tax” shirts and, during his victory speech, Barry O’Farrell raised cheers from his supporters when he vowed to do just that. This would be fine if the Coalition agenda were to stop the federal Labor government’s carbon tax in order to address global warming in more effective ways. Unfortunately, under Tony Abbott’s leadership the federal Coalition is promoting scepticism about – if not outright denial of – climate change, and it’s hard to find a scientist or economist who supports the Coalition’s scheme. Although the bishops were concerned about the Greens’ social agenda, their statement could also be interpreted as giving low priority to the Greens’ strong advocacy of environmental issues. This unfortunate outcome is yet further evidence that the Church hierarchy has no real idea of how to plan for the future of society or of Catholicism.

The bishops suggested that some Greens policies were anti-religious. Perhaps they feel satisfied that the Greens challenge failed in Marrickville and could fail in Balmain. There is irony, however, in the return of left-wing Labor women whose attitudes to issues such as same-sex marriage and euthanasia contradict Catholic orthodoxy. So, for no gain, the bishops have alienated many more young people who are concerned about their futures and give priority to environmental issues.

As counting continued in the upper house election, Labor’s Luke Foley raised the prospect of Pauline Hanson gaining the last seat. He blamed the Greens for failing to preference Labor. The most recent figures from Antony Green, the ABC’s election analyst, suggest that the spot could go to the Greens. Should the Greens fail to beat Hanson to a quota, however, the bishops might well claim that the Greens’ losses prove that they still have influence, albeit with some rather dubious results. (In contrast to the bishops’ negative intervention, much more mature assessments of the Greens’ relationship with Christian values have been given by Michael Mullins and Frank Brennan, while John Warhurst has provided a more realistic view of the Greens’ influence in the debates that caused the bishops such concern.

Meanwhile, Barry O’Farrell should feel buoyed by the historic result. He had little difficulty in convincing voters that he could restore integrity to government. Yet his huge majority – likely to be around fifty seats – creates its own problems.

First, he faces a dilemma in deciding how quickly and radically to deal with Labor’s mismanagement. Immediately following the election, the major Sydney newspapers trumpeted that the new premier’s “time starts now.” The media mood remains intense and impatient, implying that the electorate expects instant results. If O’Farrell rushes his work, however, mistakes will occur and those same newspapers will be quick to judge his government.

Secondly, having a huge backbench can become burdensome. Many local MPs will be clamouring for attention to the needs of their electorates and some will be ambitious enough to engage in risky behaviour in order to be noticed. And thirdly, with a numerically weak, demoralised and possibly divided Opposition, O’Farrell needs to be careful not to be disdainful of every criticism from Labor. Key sections of society might happen to share those criticisms.

When a government is determined on its direction and fails to address community concerns adequately, the goodwill that follows an election can quickly dissipate. Already, the incoming government has complained about a hidden hole in the state’s finances. It has become customary for new governments to plead poverty in order to justify harsh new cost-cutting measures. But if the public sector is attacked in ways that contradict Coalition election commitments, then many people will argue that any talk of a mandate becomes hypocritical. An elected government either honours its promises or it does not.

When a government has a large backbench and small opposition, policy critics can resort to extra-parliamentary avenues of influence. Lobbying can become more intense and protests and industrial action can proliferate. Even though parliament might be lopsided, social and political conflicts are best contained within the institution that has evolved as a forum for their expression and resolution. Under Labor some developers had ambitions that alarmed local residents in several areas, for example; unless planning laws are clarified, citizen resentment and resistance will increase. Labor also left unresolved an ethical problem over political donations. Indeed, the possibility that developers bought influence in this way became a public relations disaster. While Premier O’Farrell’s electoral honeymoon by immediately acting on Sydney’s transport problems, his claim to integrity will last only if he addresses the issues of development and donations. •

Tony Smith is a Bathurst-based writer.

What we are looking for when we wander through IKEA stores? 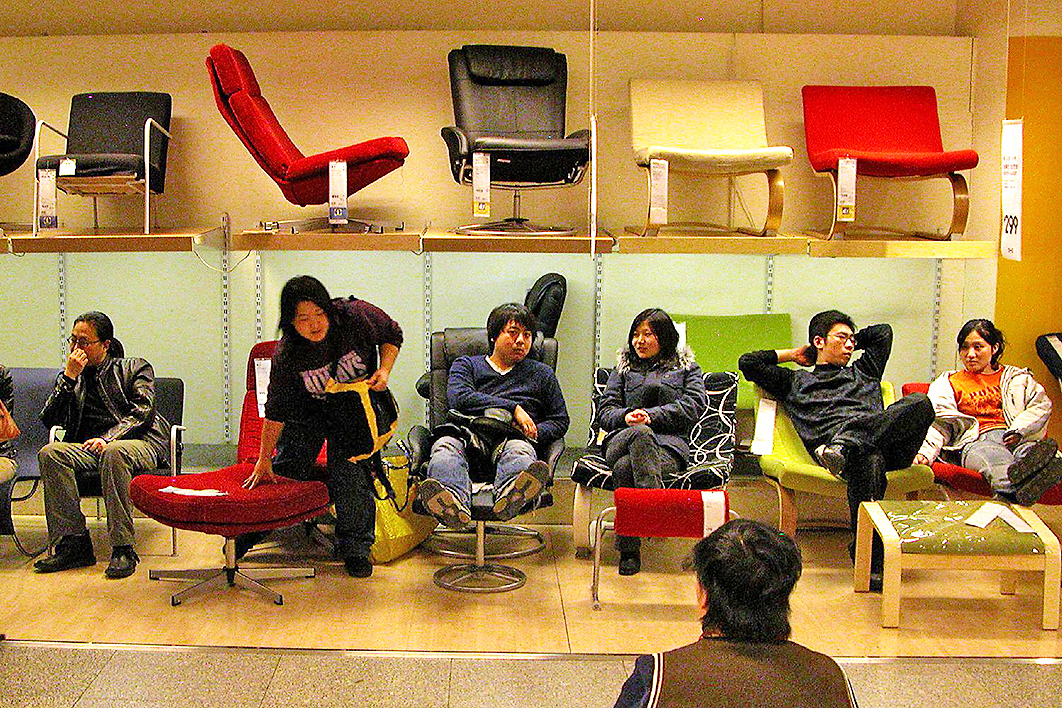